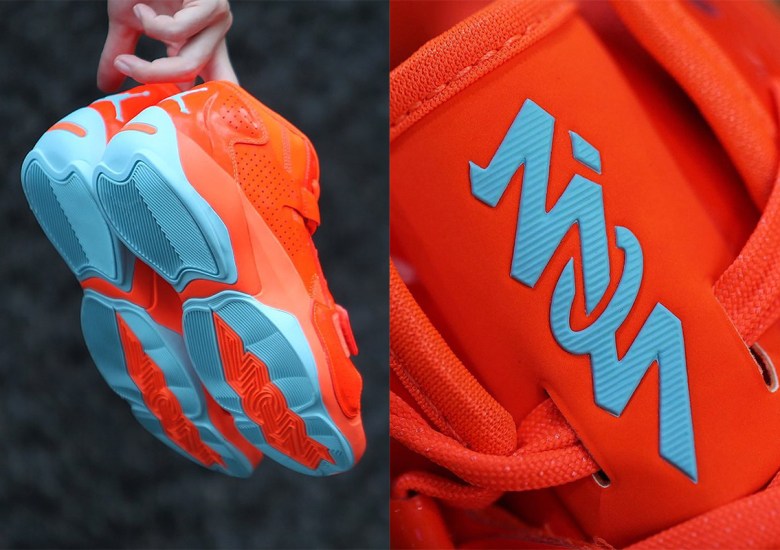 It’s been 16 months since Zion Williamson has seen NBA action following a pestering right foot fracture in 2021. Having signed a reported five-year extension with the New Orleans Pelicans in July, the return of the former #1 overall pick’s dominant style of play this Fall won’t be the only high-profile asset being reestablished on the hardwood as Jordan Brand continues to round out their youngest signature star’s second silhouette.

Reflective of Cartoon Network’s Gumball and Darwin characters and disparate from the latter neutral-schemed makeups, the recently surfaced images of the Jordan Zion 2 see the model brighten the tonal spectrum with a boastful dressing of vibrant orange emboldening a majority of the upper including the leather fixtures, forefoot strap, mesh inserts and collar lining. The midsole and AIR Strobel branding follows suit with the expressively rendered colorway collaborating with a light blue cast throughout the outsole, ZION tongue branding and Jumpman logo that appears on the foxing.

For a better look at the latest Jordan Zion 2, enjoy the recently surfaced images below while we sit tight and await further release details. 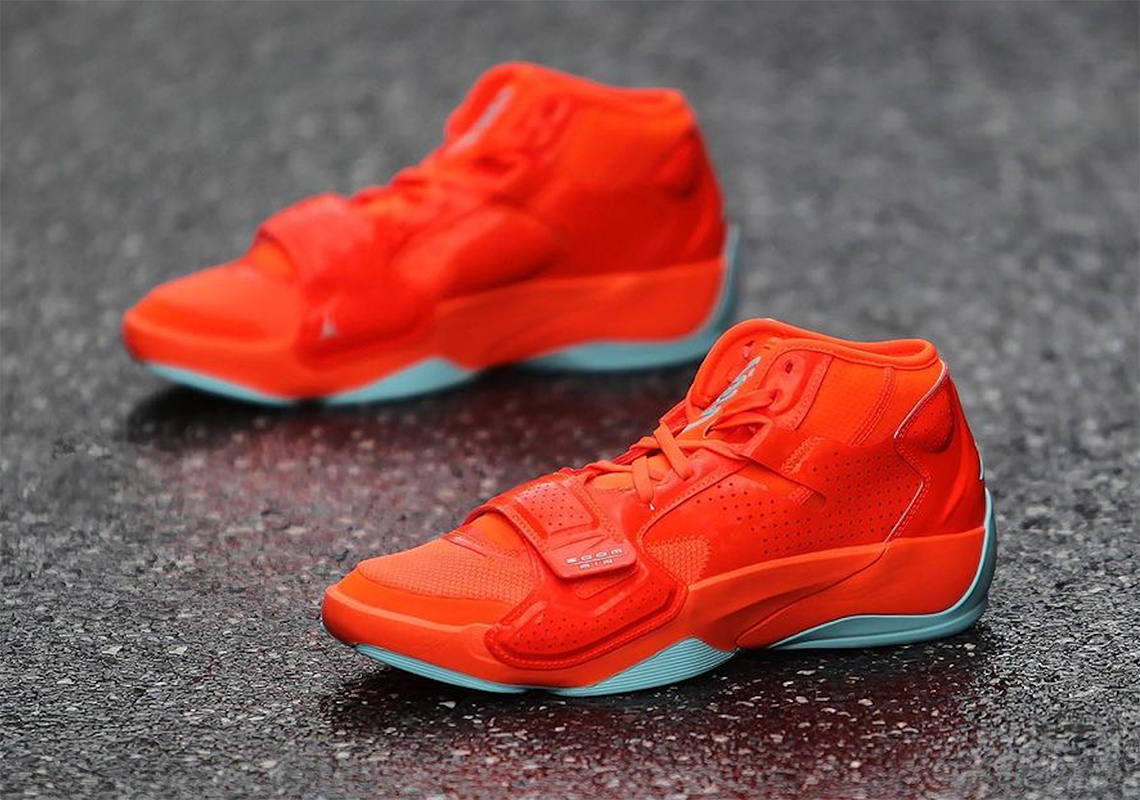 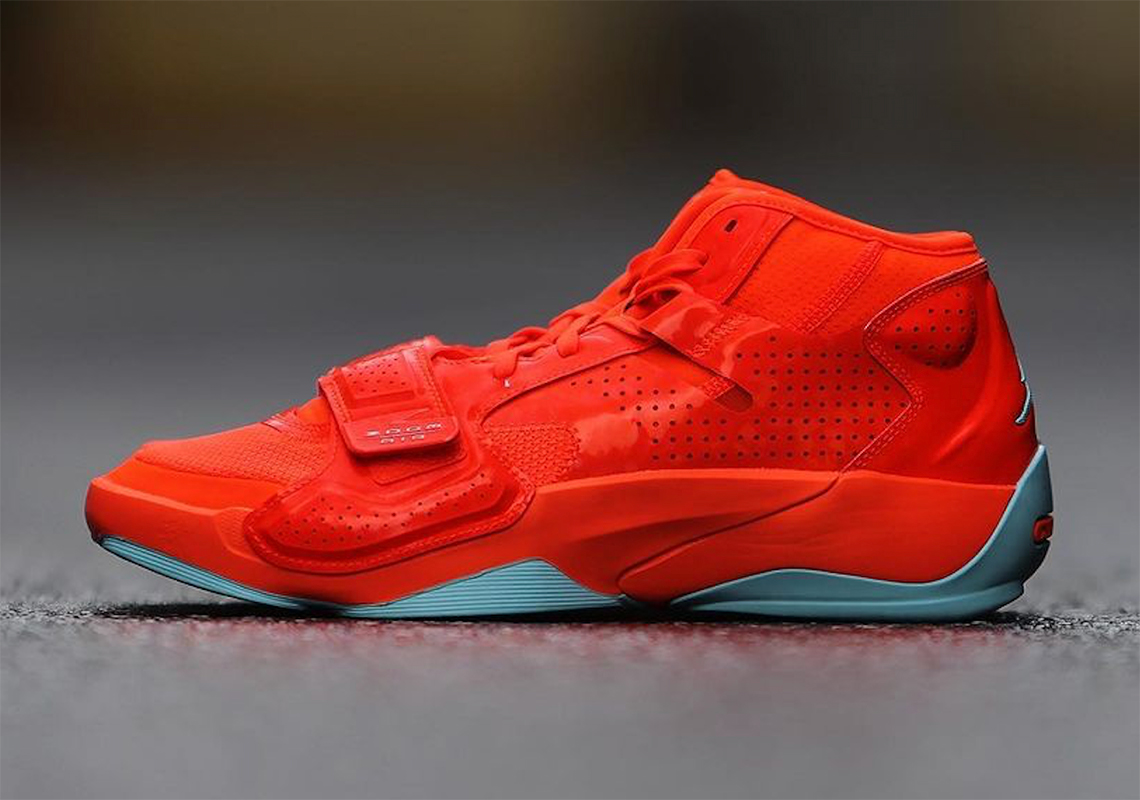 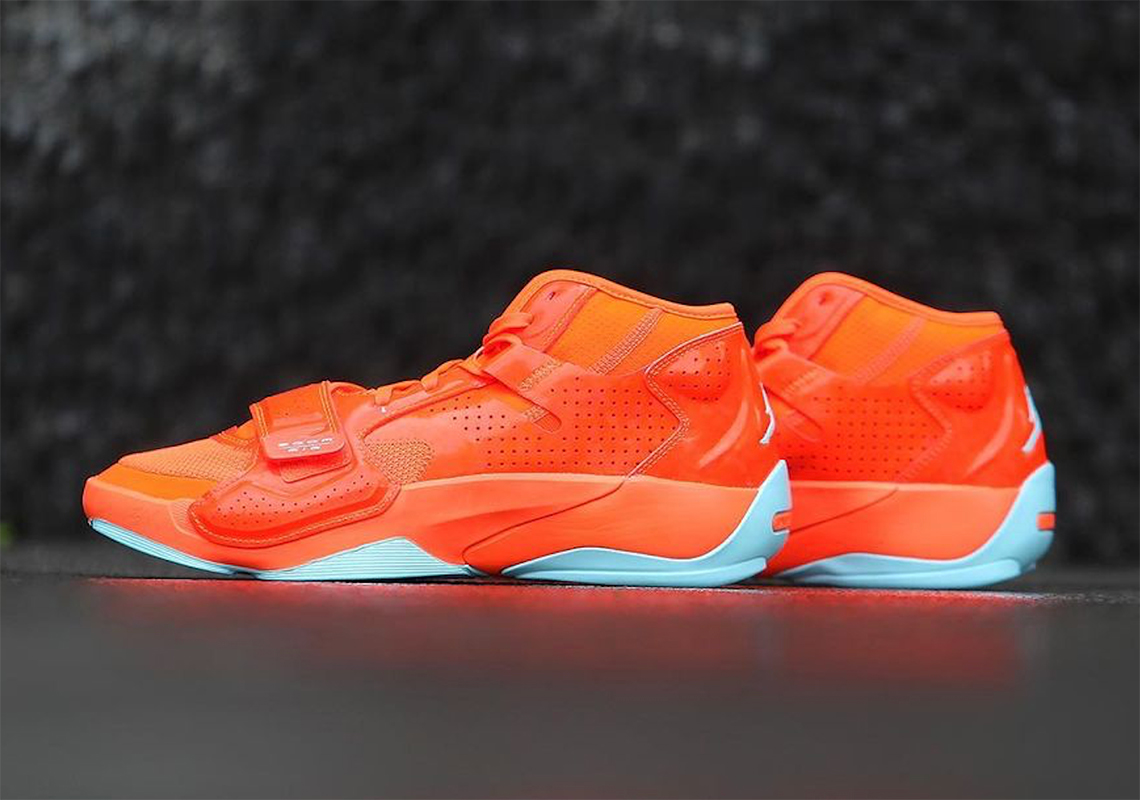 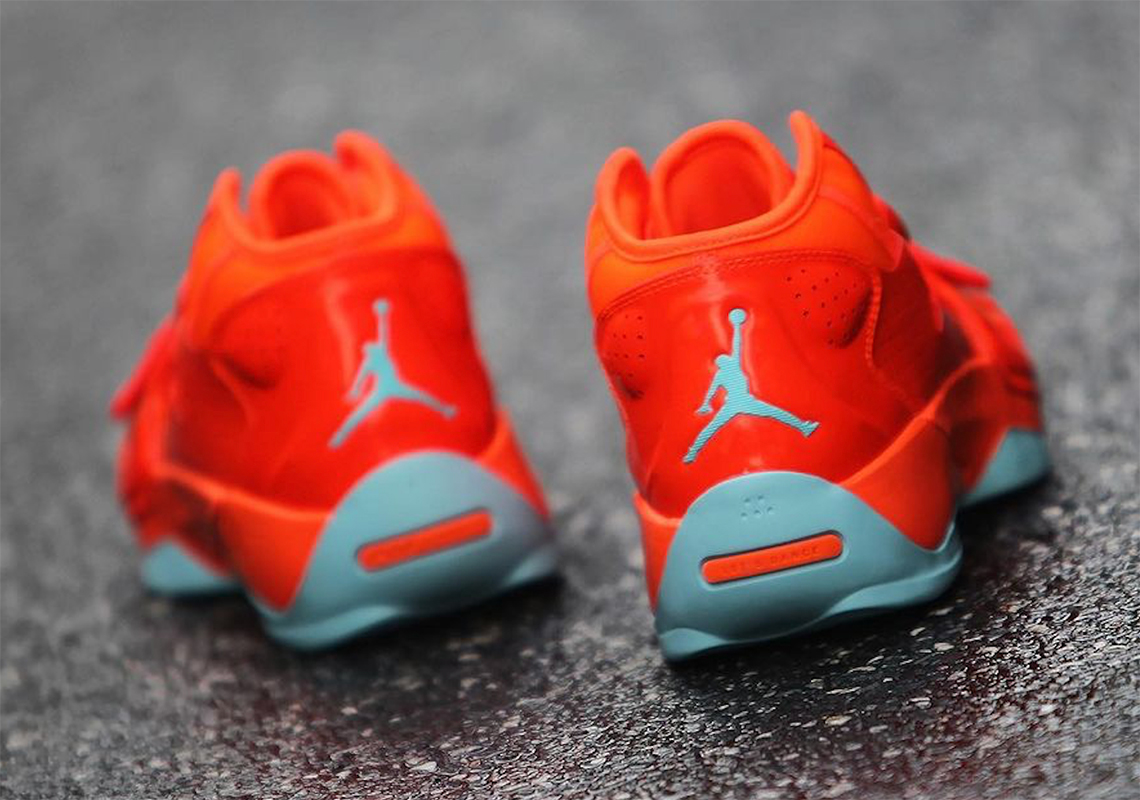 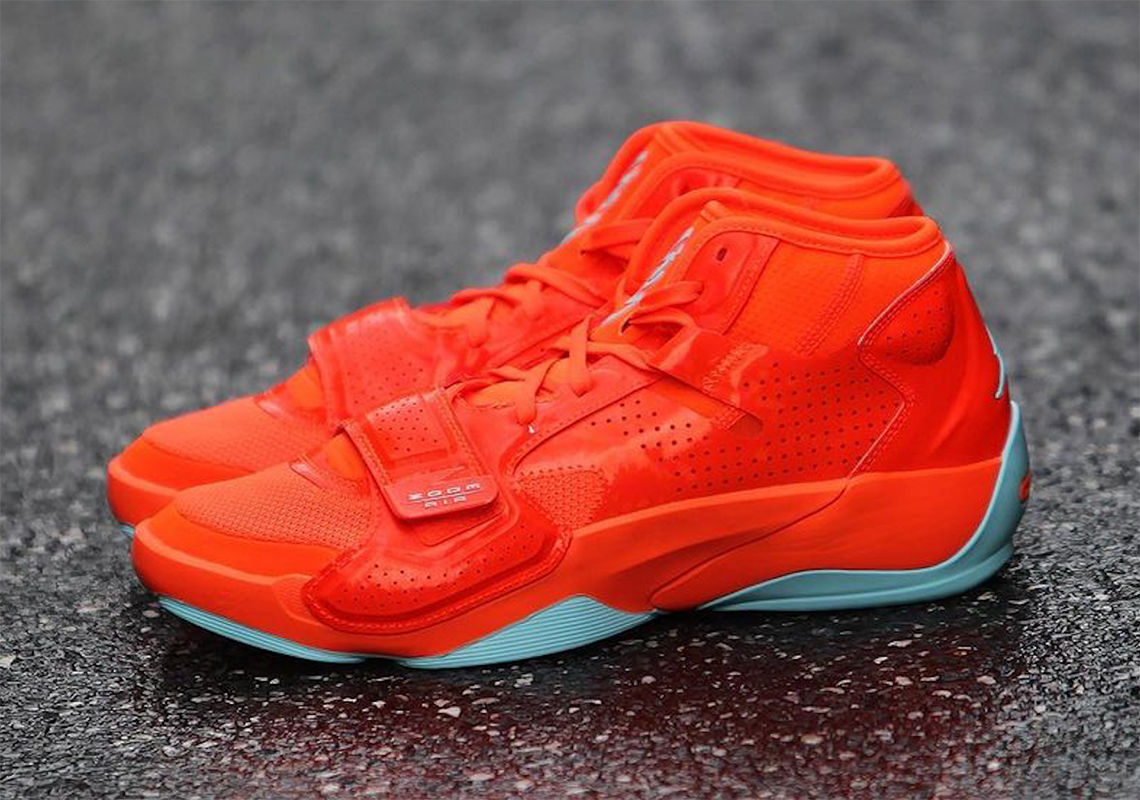 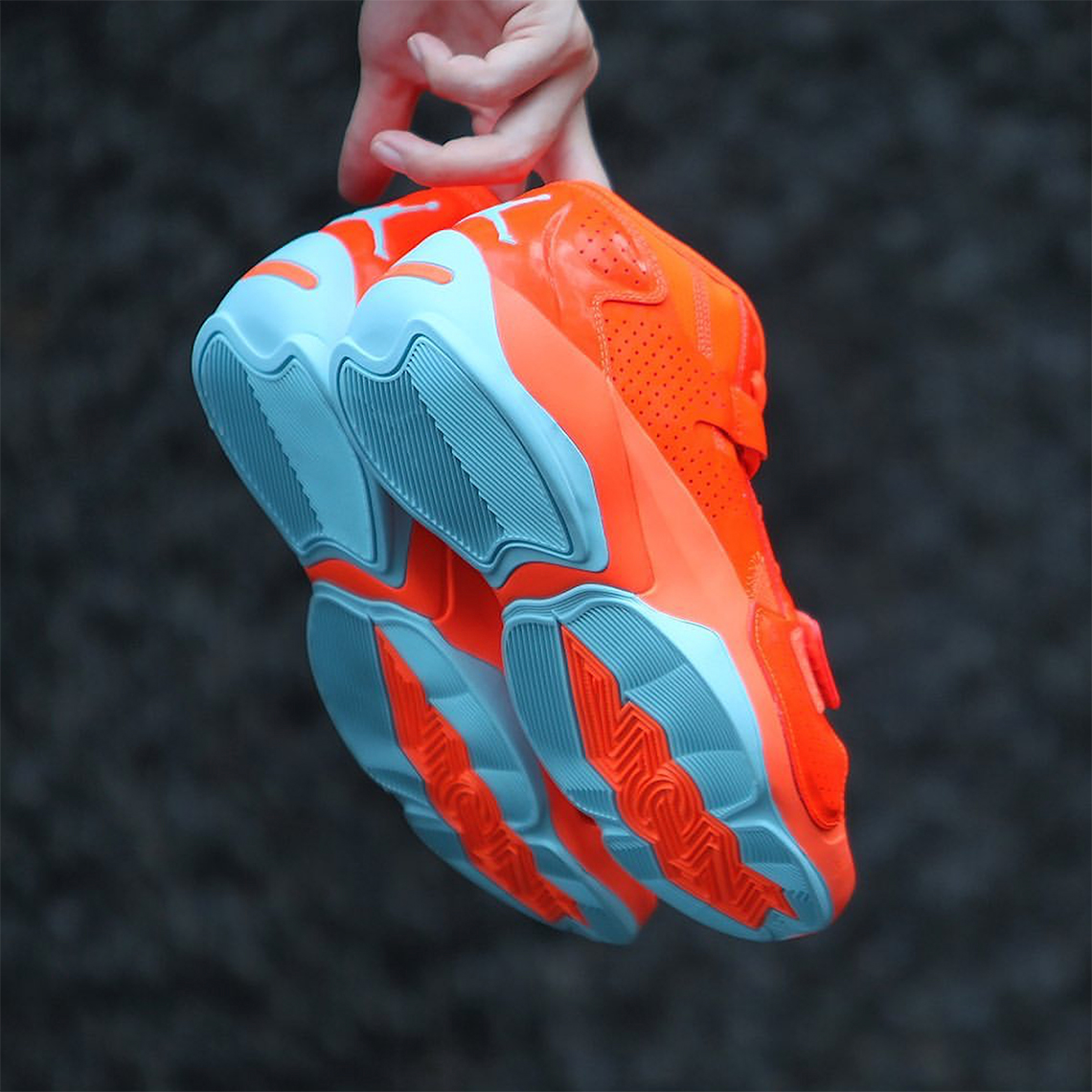 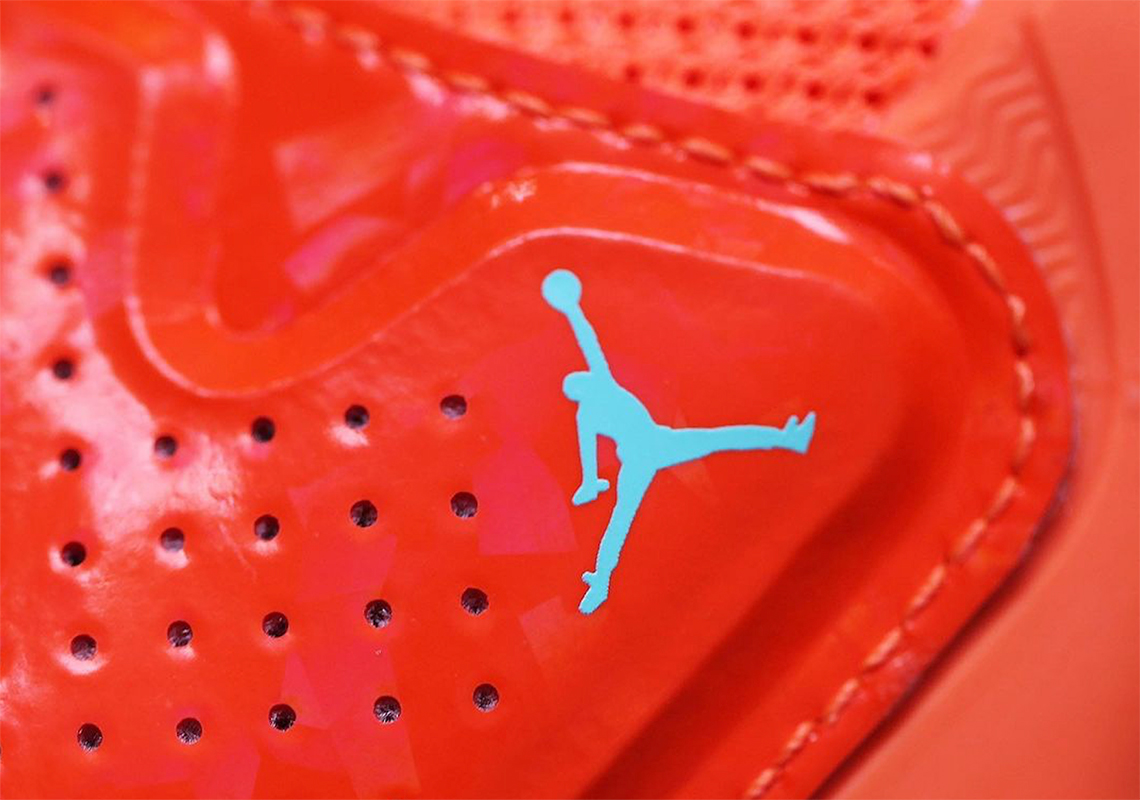 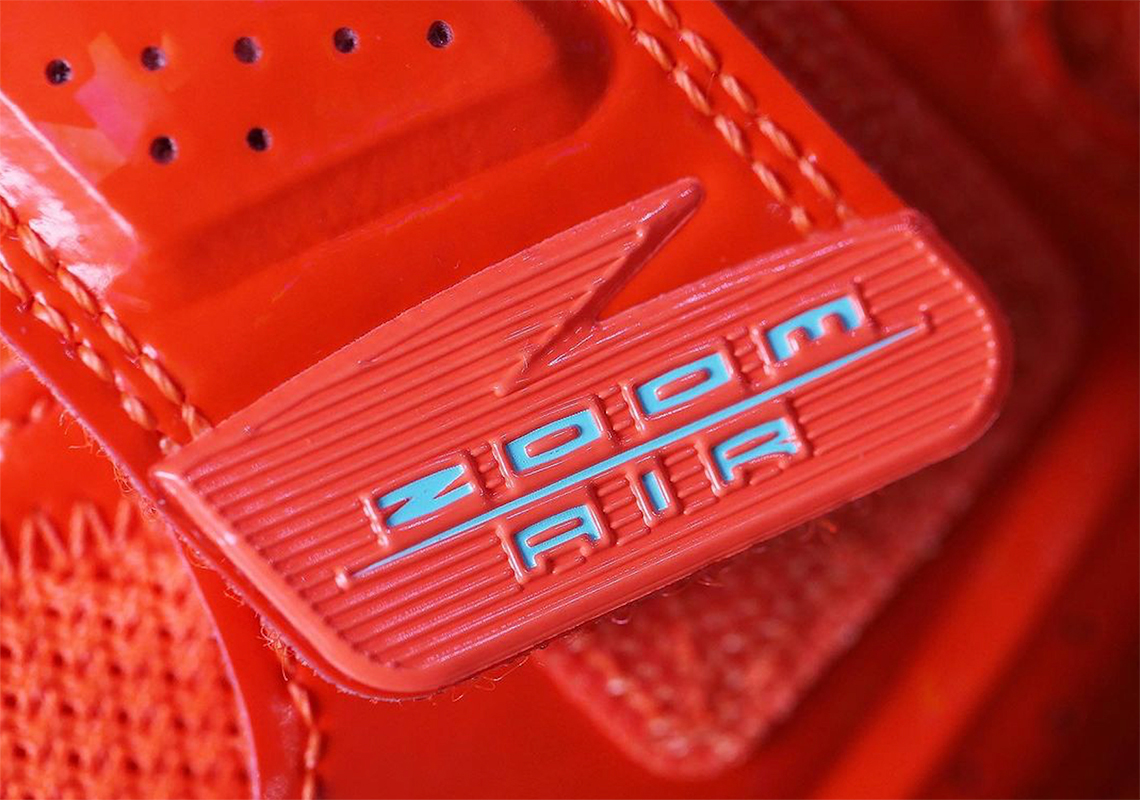