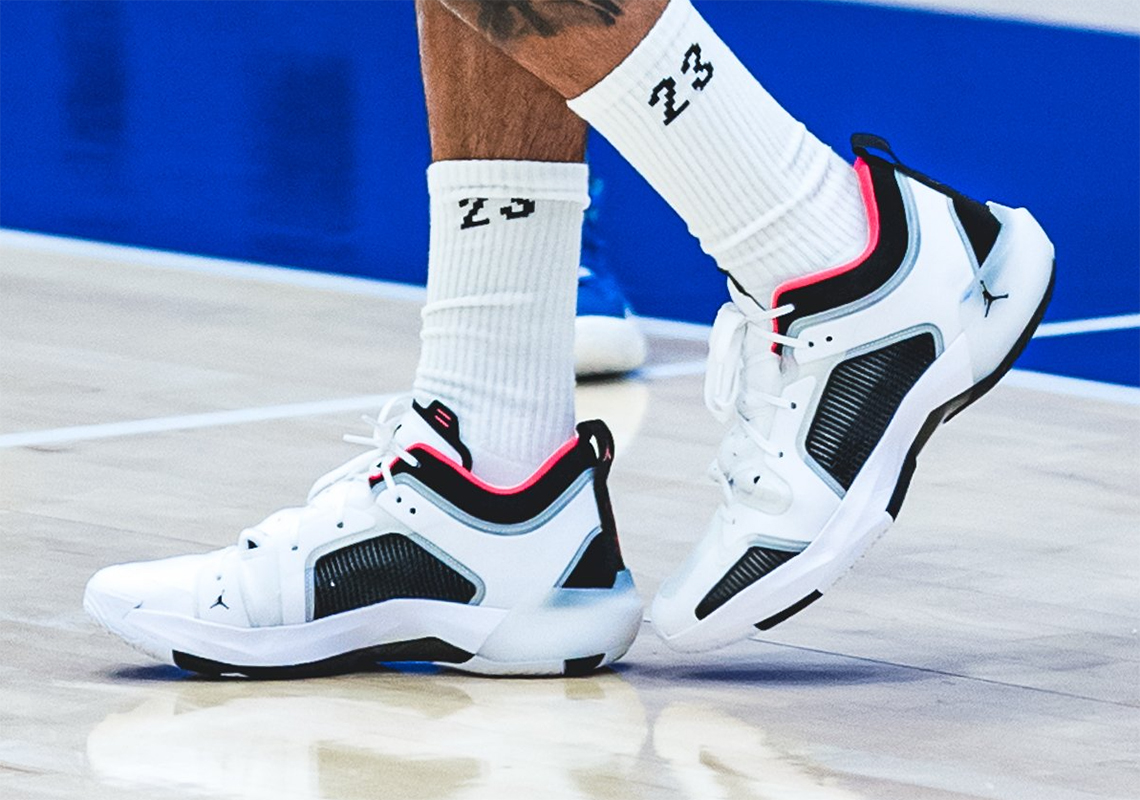 Offseason workouts in dimly lit gyms and former alma maters still proves to be the testing grounds for various unreleased basketball silhouettes. Headlining Jordan Brands signature model for the past few years, Jayson Tatum will be dawning the Air Jordan 37 this season before attaining potentially his first signature sneaker with Jumpman, which he rumored to be in the works recently via his Twitter. During the Celtics star’s workout at Duke yesterday, Tatum surprisingly debuted the low-top version of the upcoming proposition, a rarity given thatx its high-top counterpart hasn’t released yet.

Disparate from past low-cut iterations, the confirmed AJ 37 low in the pictured images remains dissimilar from its predecessor with ventilation hot spots appearing seldomly at the toebox and midfoot in black mesh while white overlays with silver trim lock down the forefoot and heel counter. The relatively simple white and black ensemble is accented by “Infared” hues peeking through the inner lining while the icy white aesthetic is color-matched filling the laces and tongue construction as underfoot, the tread concludes in the Dalmatian tonal spectrum. 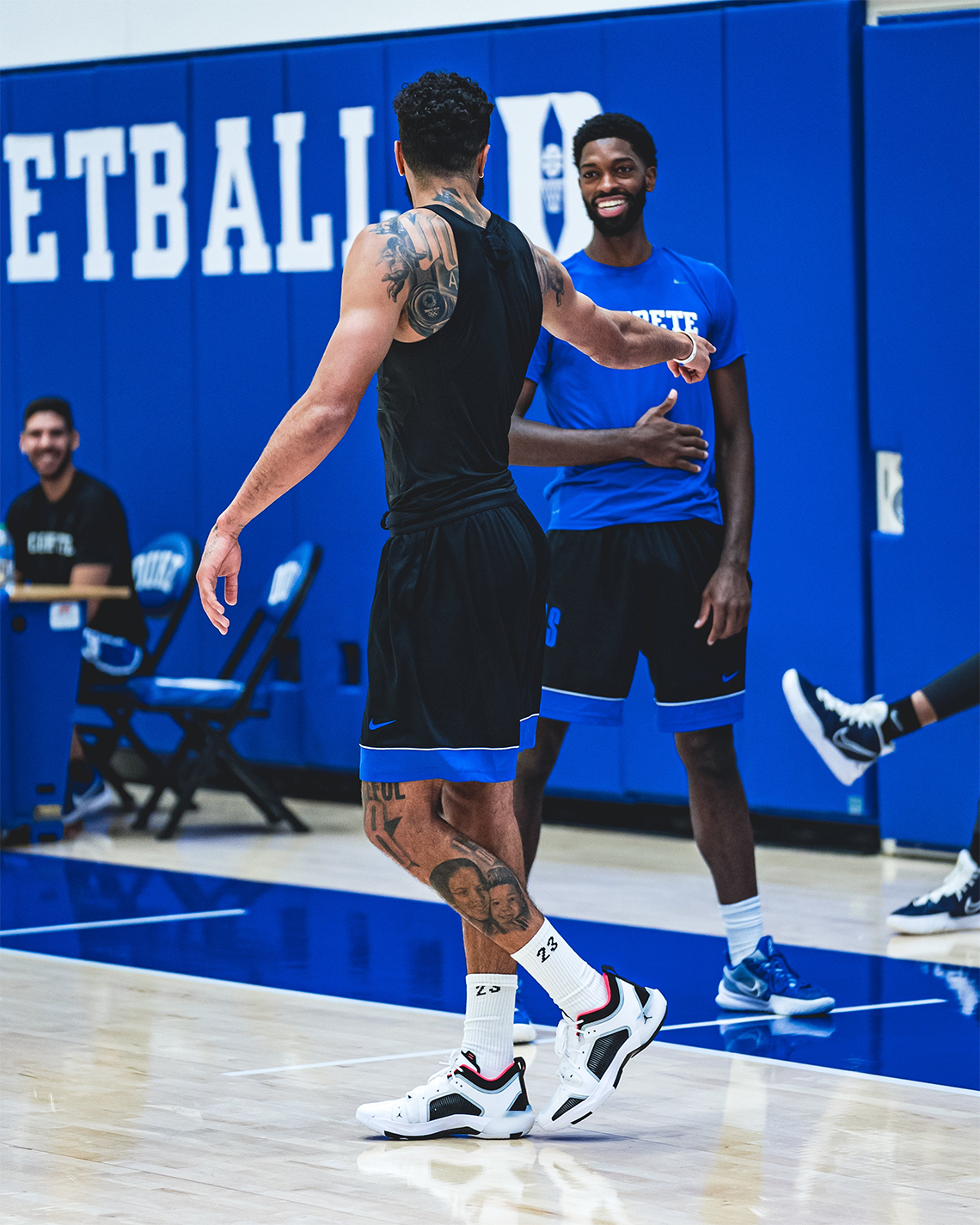 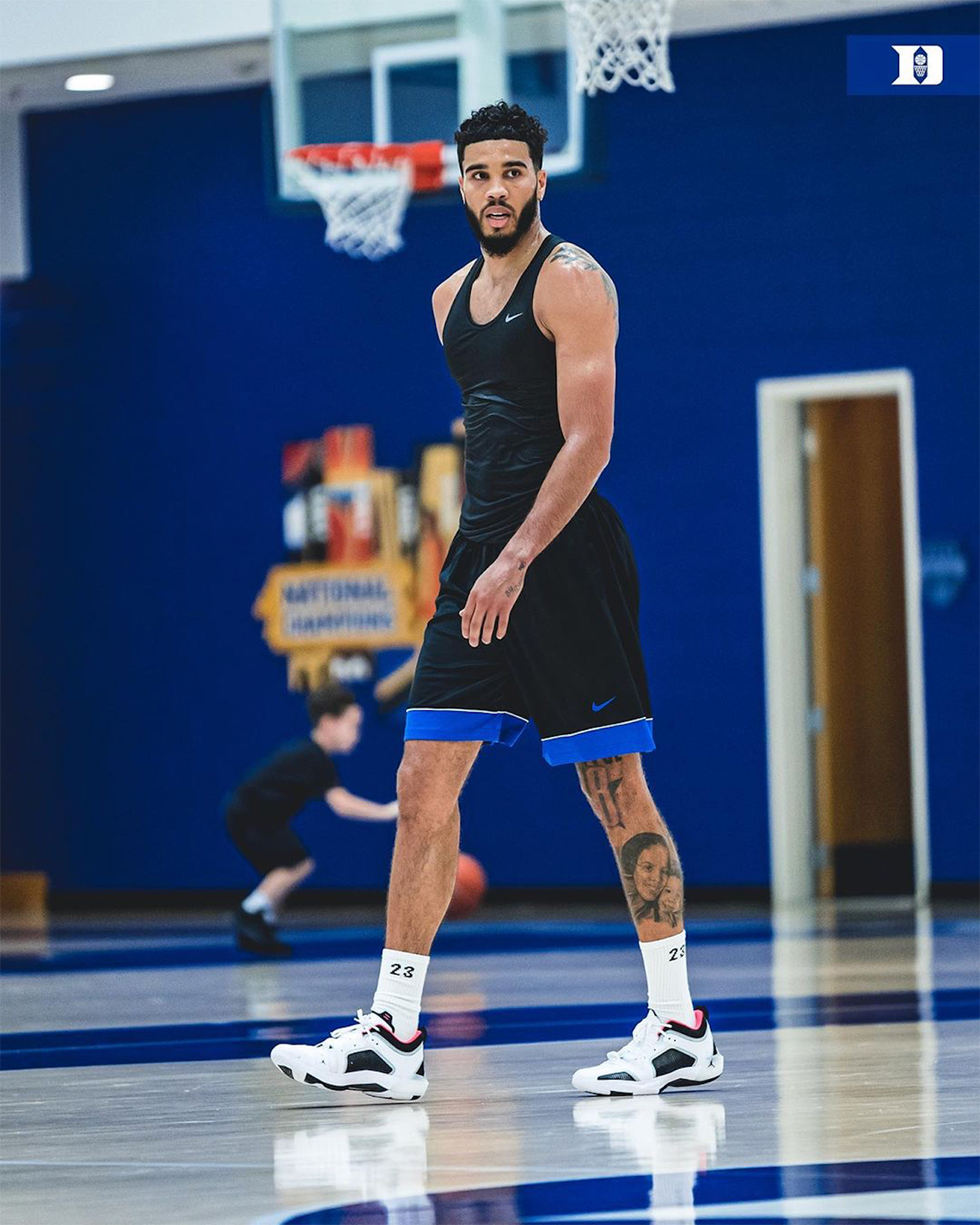 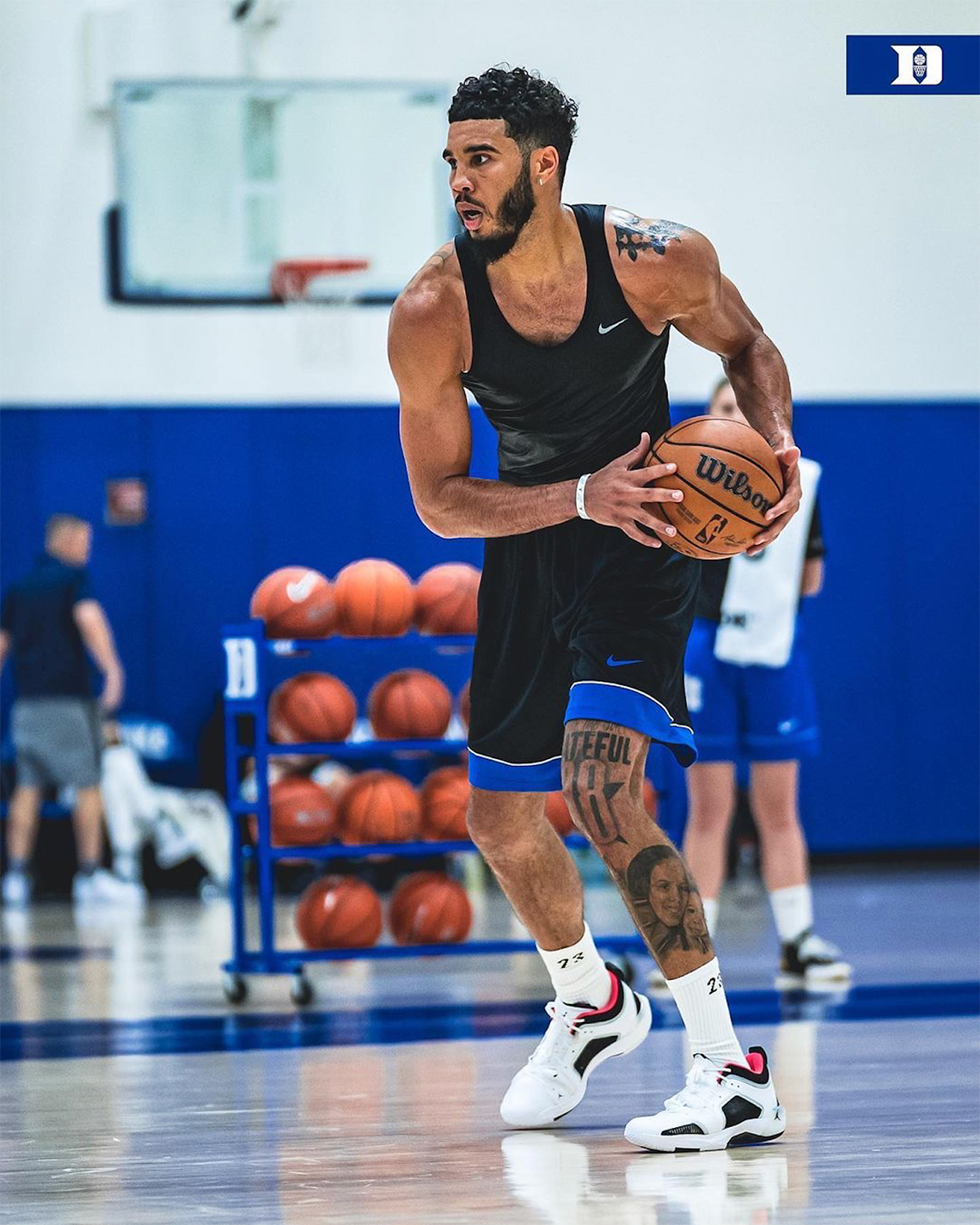 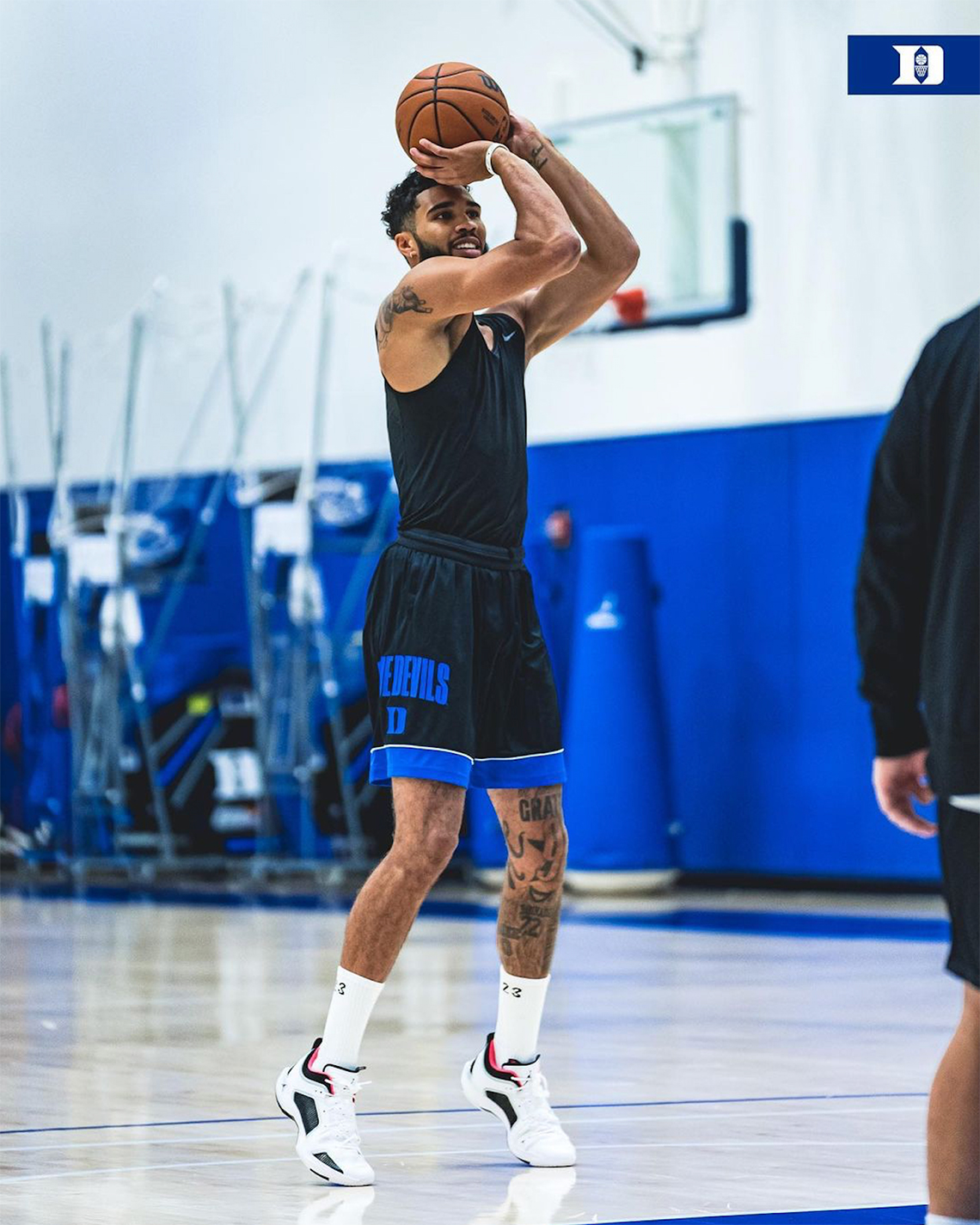 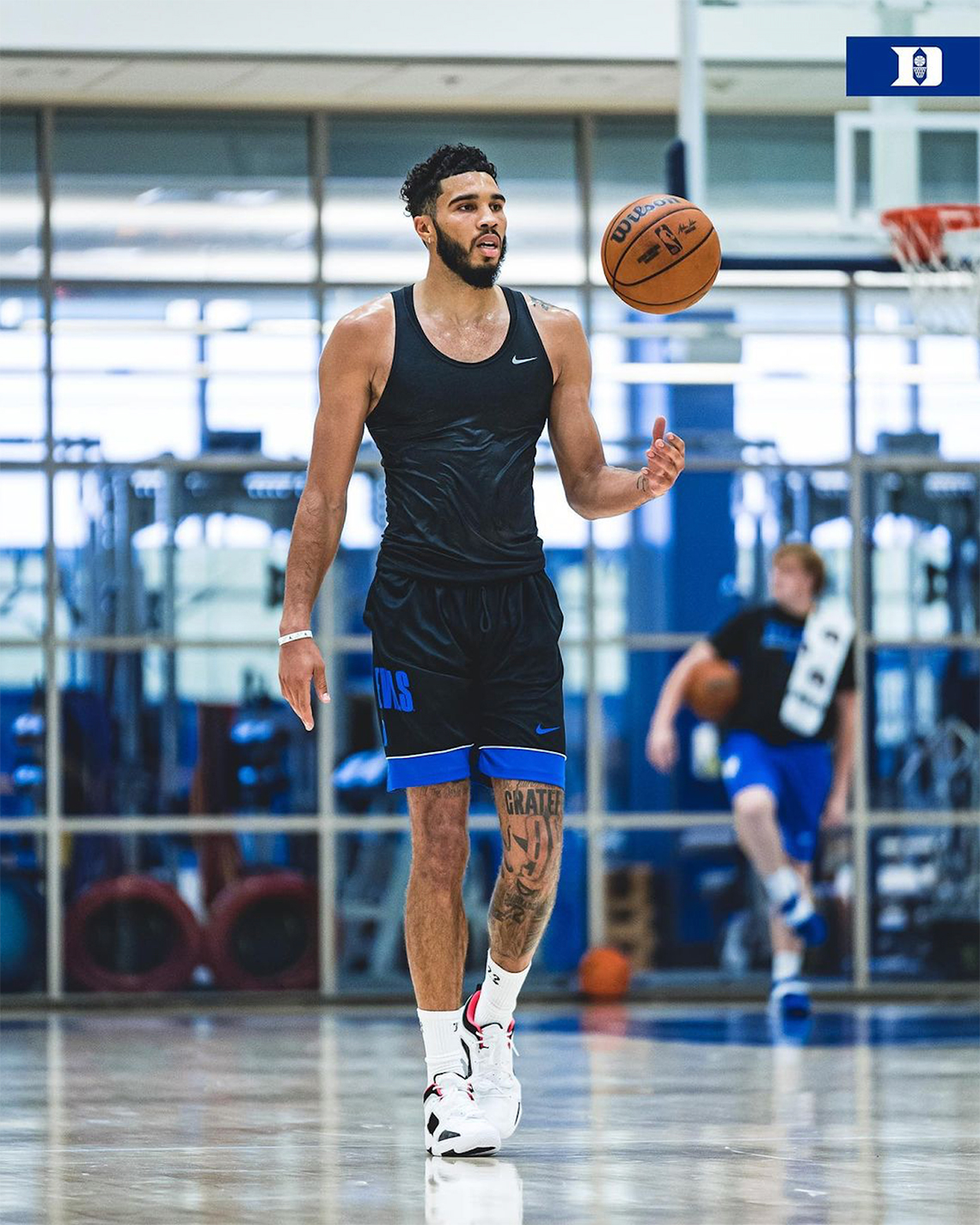 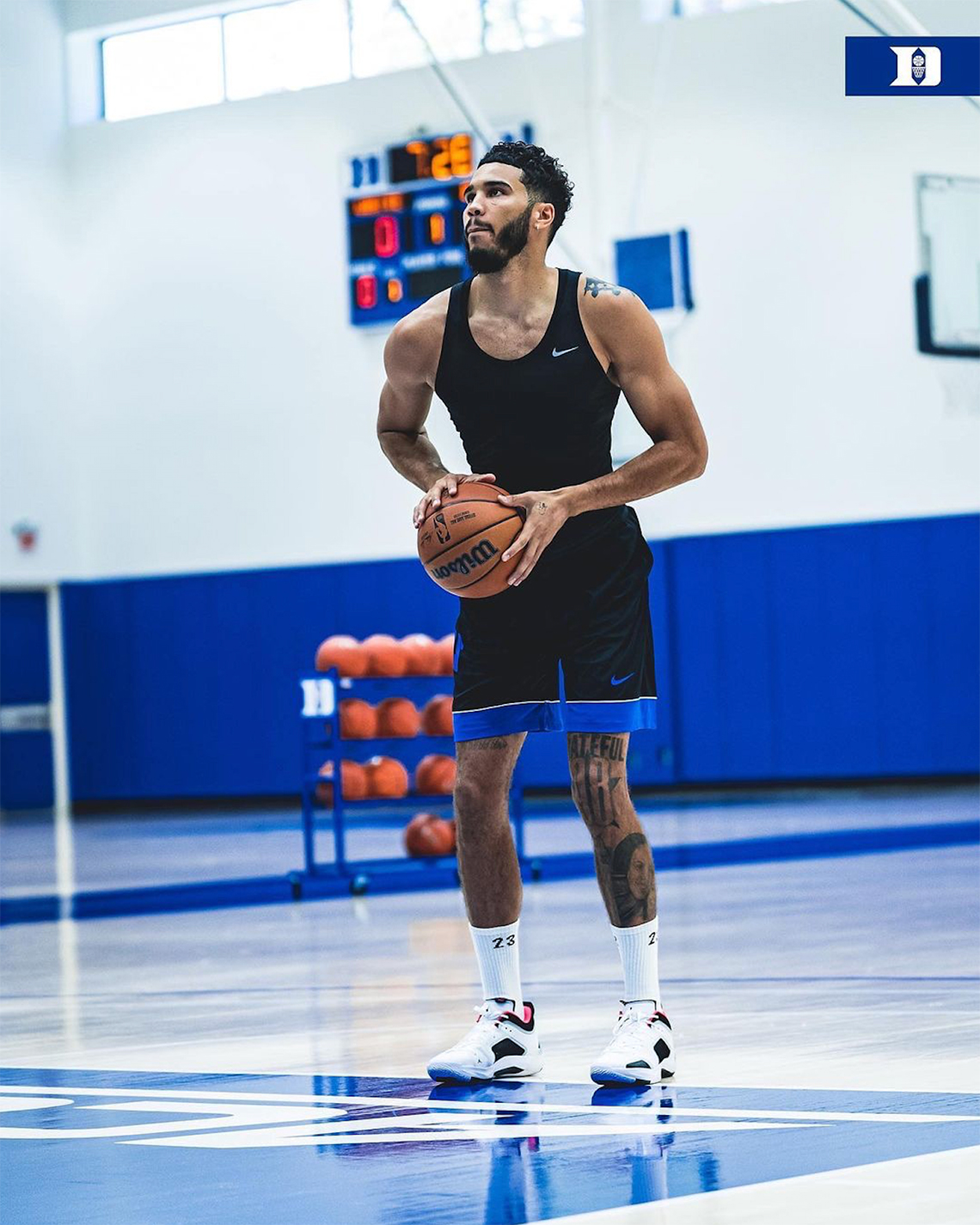 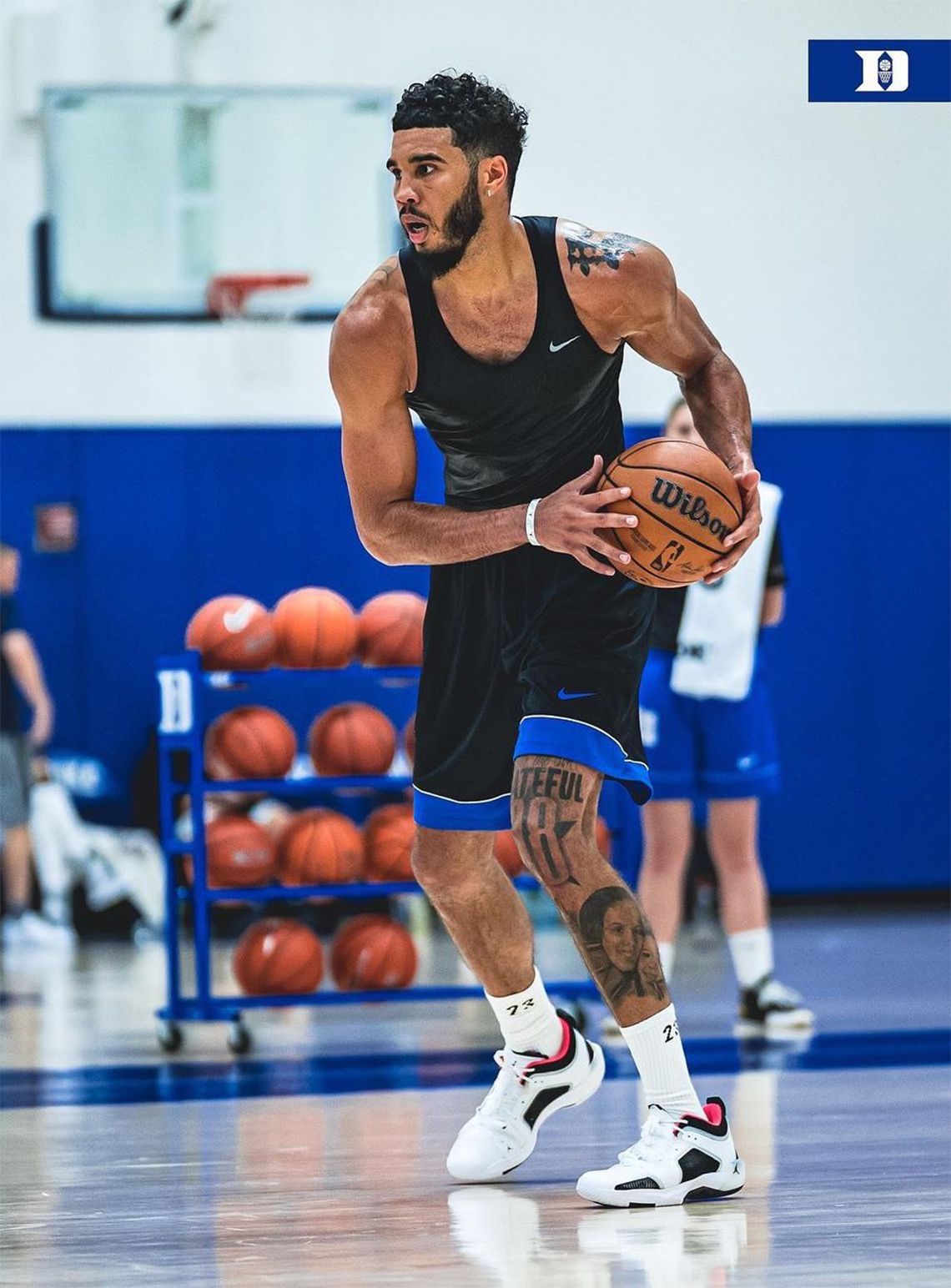