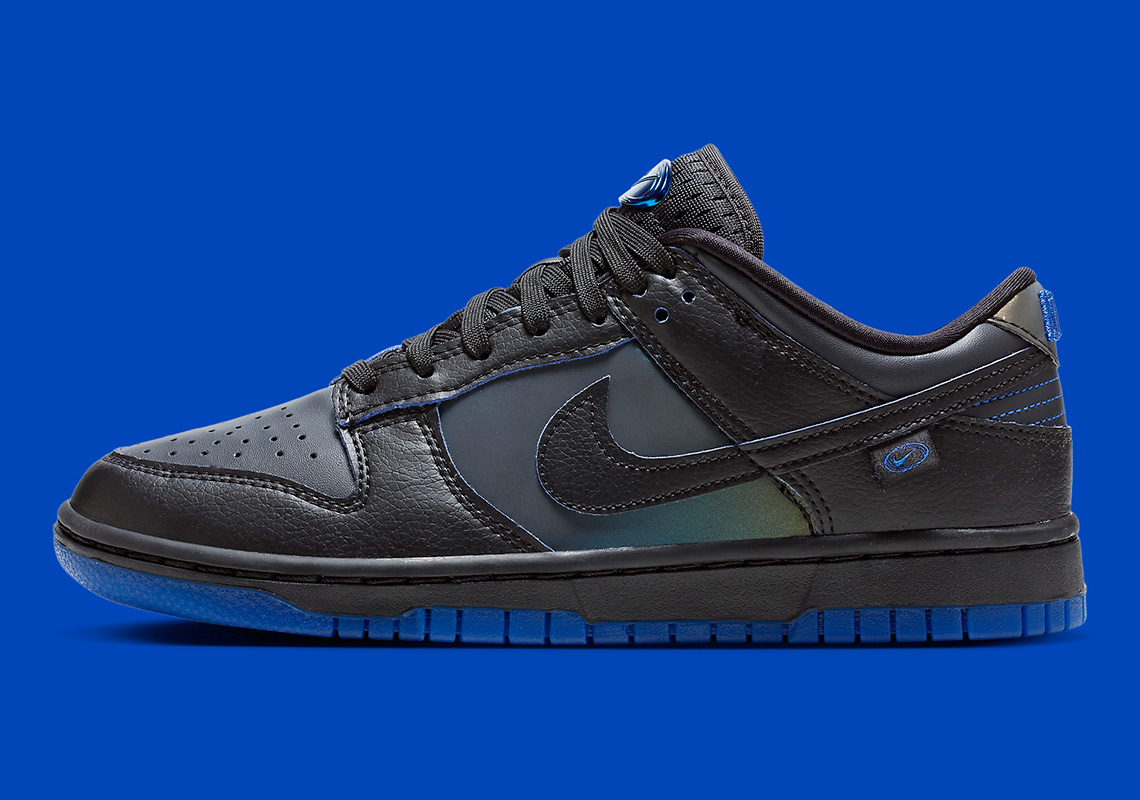 Similar to Bruce Kilgore’s 40th anniversary model, the Nike Dunk has enjoyed global fame since its revitalization just a few years ago, So far establishing its collection amidst opposing black and white Air Force 1 offerings, The Swooshes Worldwide collection is extending towards Peter Moore’s 1985 silhouette with a black and reflective proposition.

Presiding above an “Iridescent” vamp, midfoot panels and collar, cracked black leather overlays lay claim to the model with “Royal Blue” trim serving titular accents throughout. Amidst a clad black padded mesh tongue and laces, a Globe and Swoosh motif graces the tongue and lateral tag in the presiding hue before additionally filling the heel tabs embroidered “NIKE” branding and horizontally stitched counter. Underneath a jet black midsole, a semi-translucent blue tread concludes the latest addition to the Beaverton brand’s representation of global unison.

Enjoy official images of the latest pair to join the “Worldwide” collection while we sit tight on further release details as they’re made available.

For more silhouettes from The Swoosh, a black and white pairing is set to coat the Air Jordan 1 ’85 in February 2023. 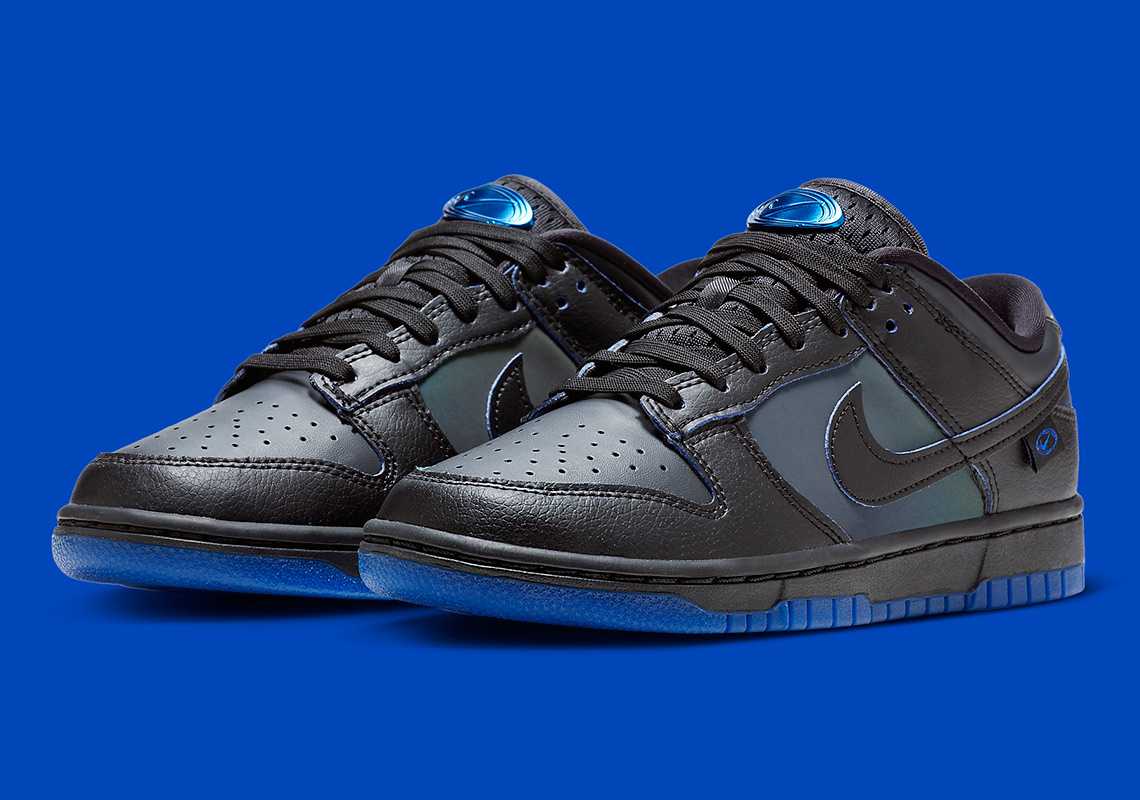 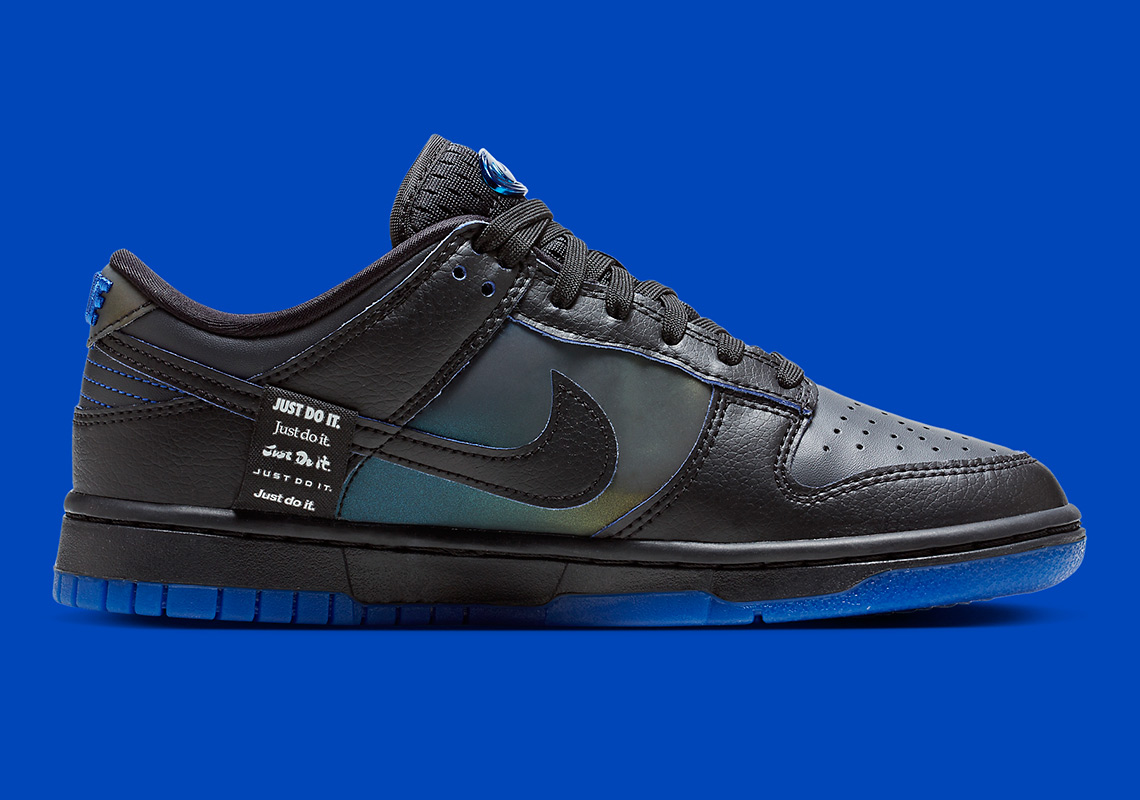 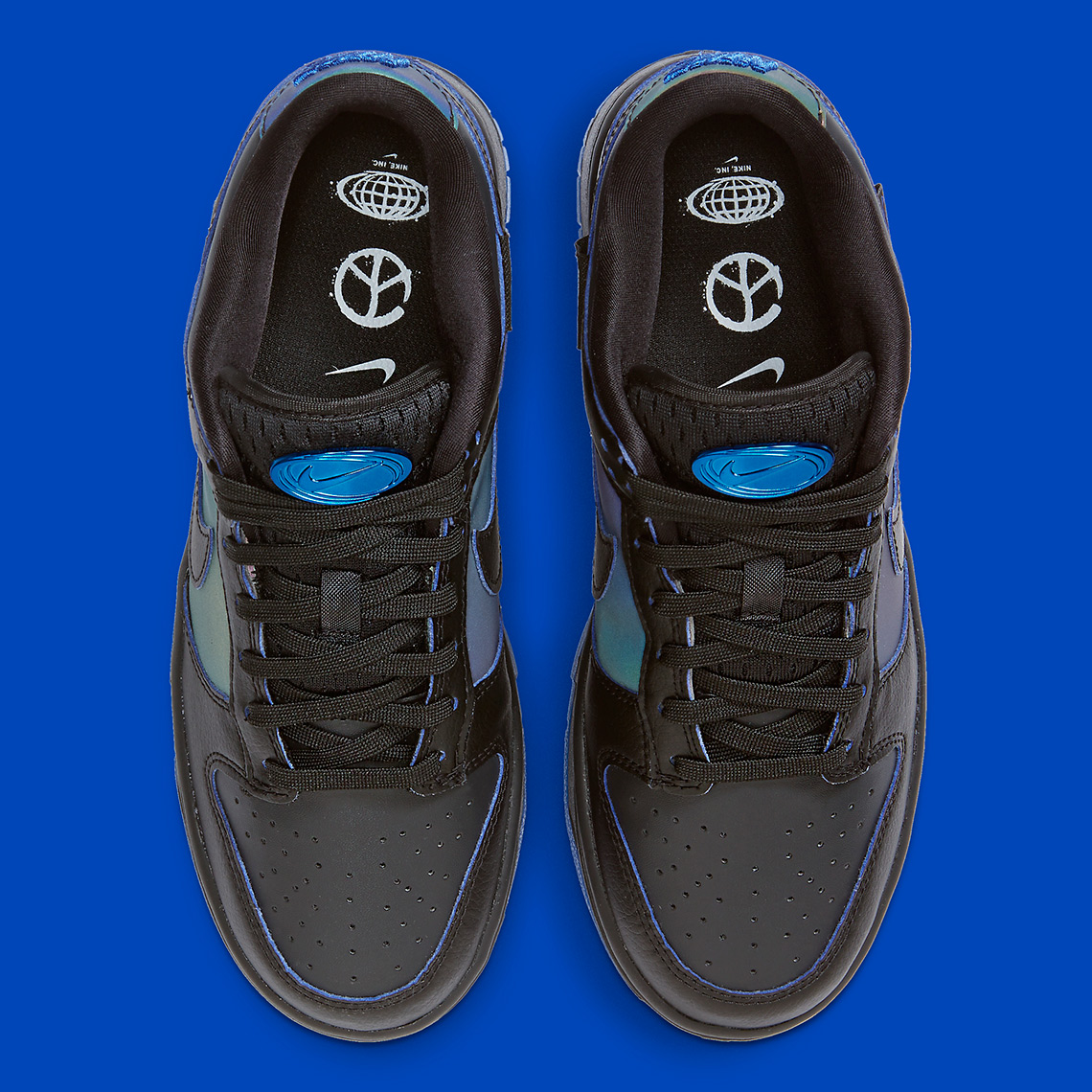 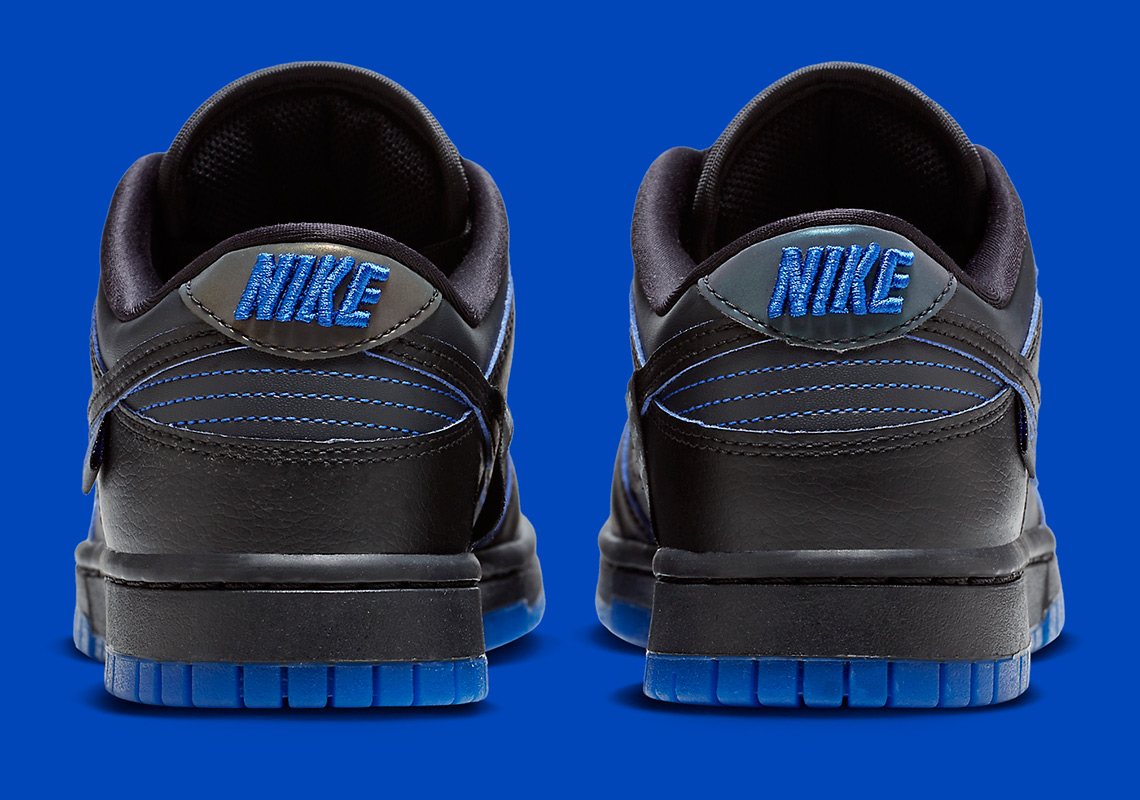 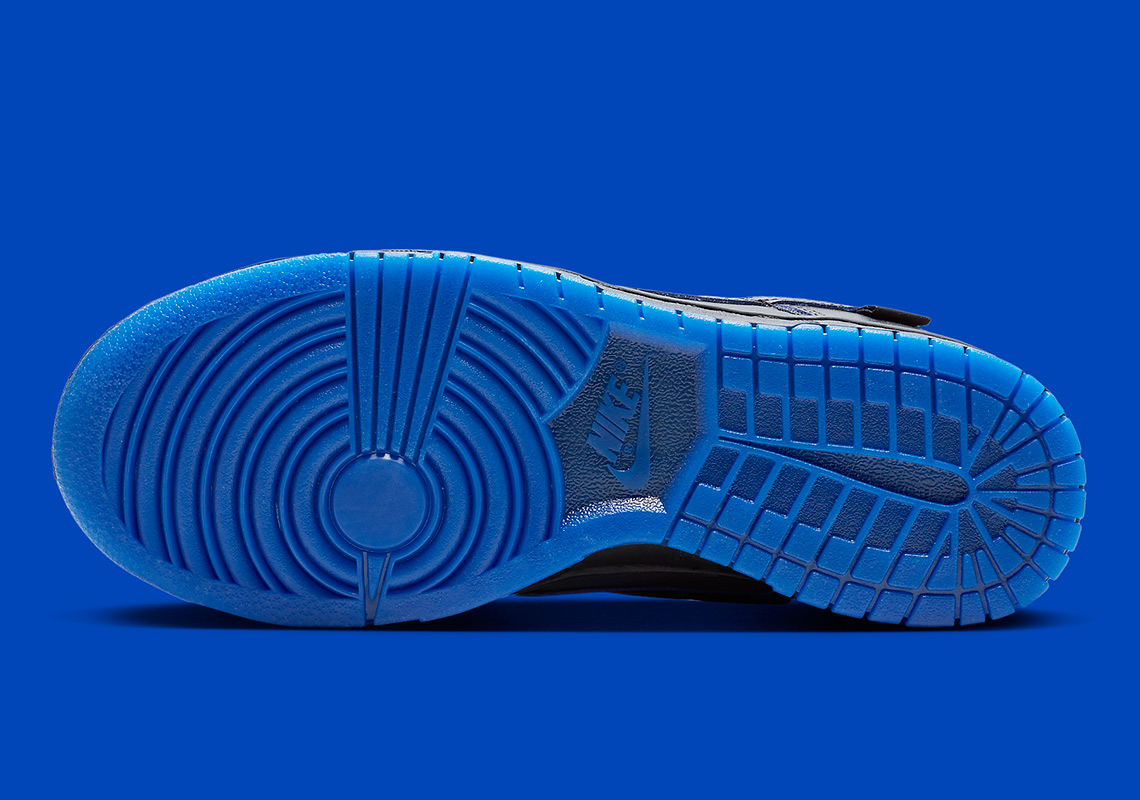 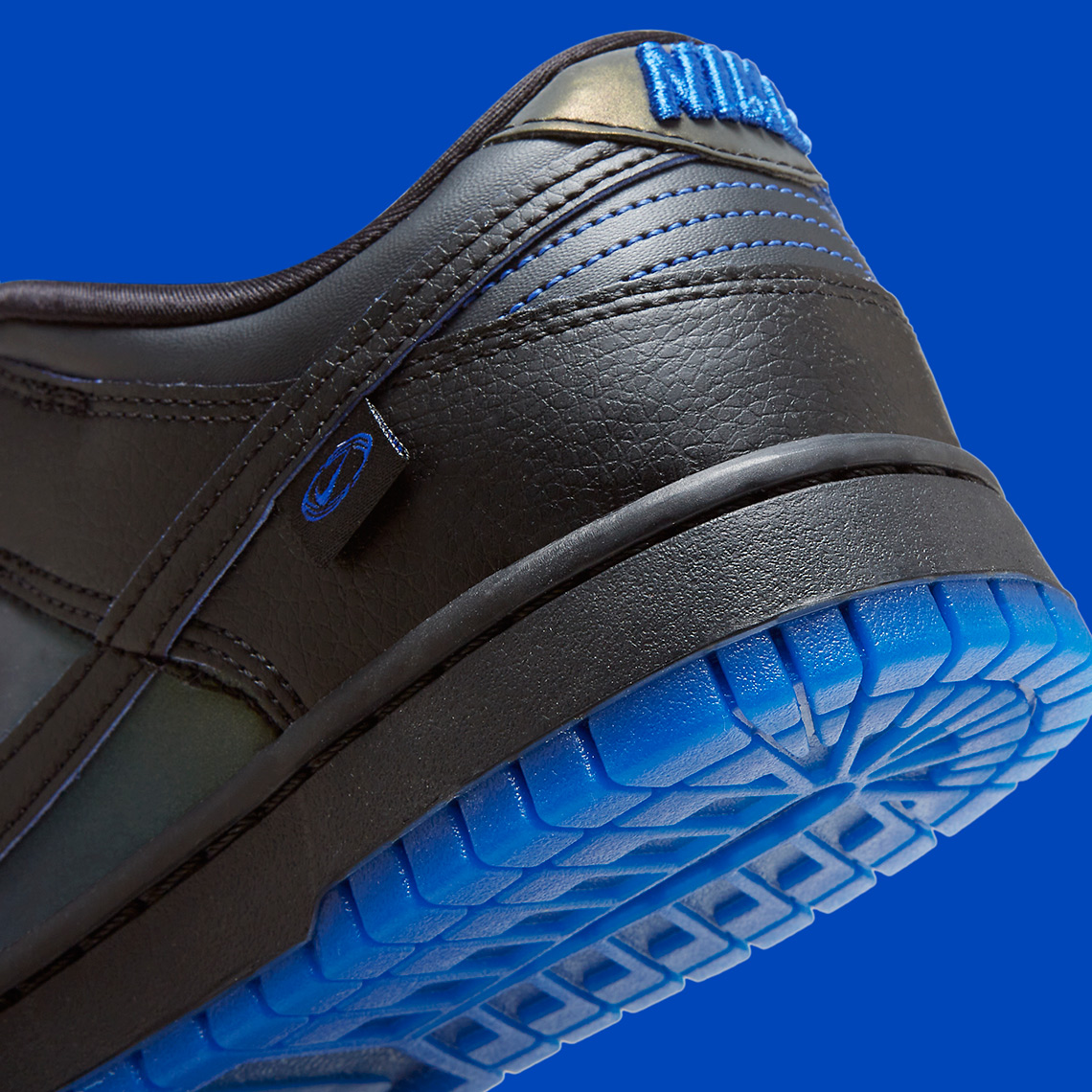 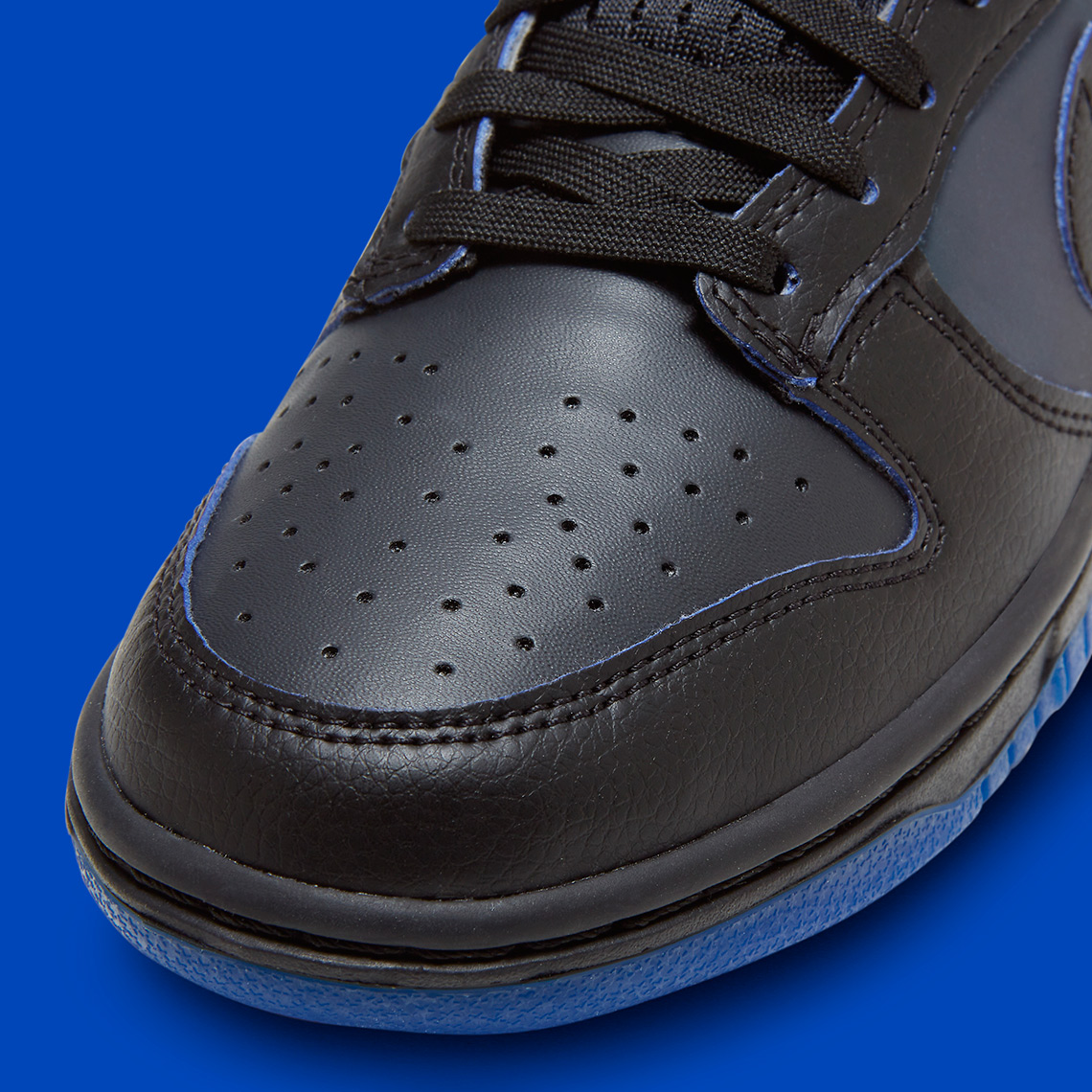