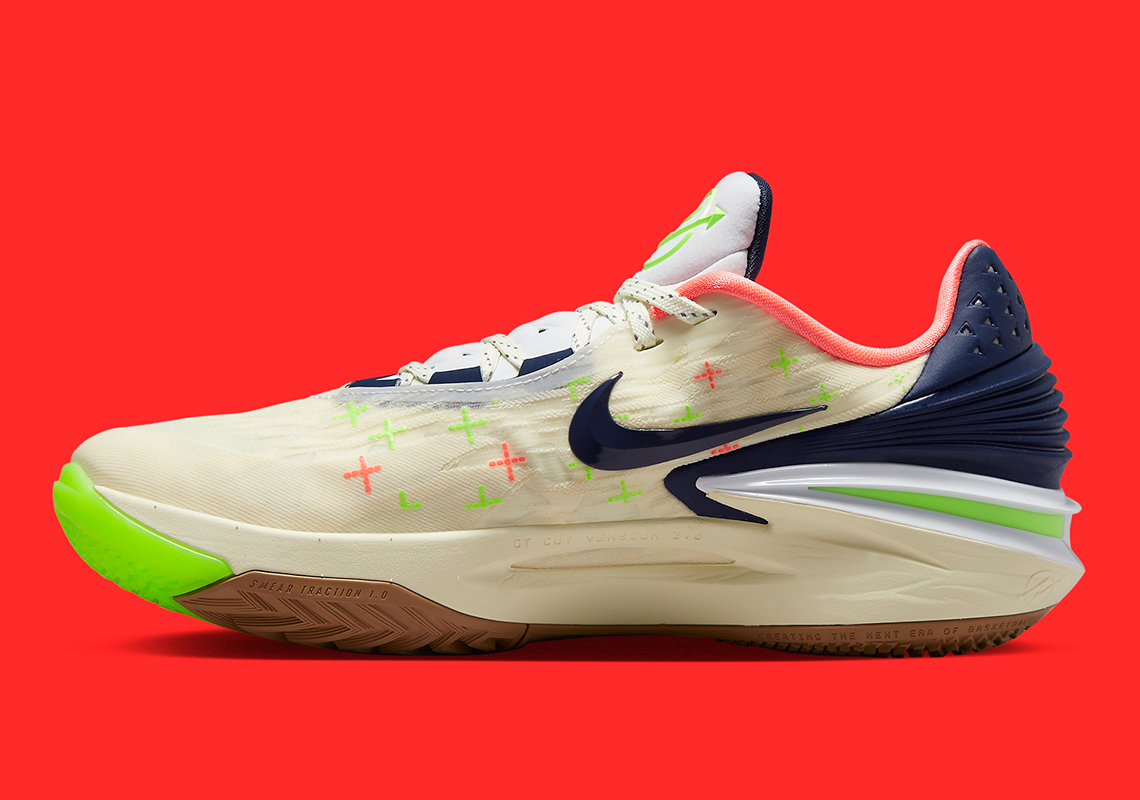 The Nike Zoom GT Cut 2 “Crosshairs” Is For The Sharpshooters

While it remains to be seen if the Nike Zoom GT Cut’s successor will be as strenuous to cop as the original, The Swoosh continues to employ a multitude of aesthetics onto the Zoom GT Cut 2 via a multi-color ensemble.

Centered around a neutral-toned tan mesh upper, down-the-sight crosshairs litter the midfoot in rubber Neon Green and Coral hues that establish the models’ latter accents such as the Orange-Red offering filling the soft sock liner. The presiding vibrant Neon treats the tongue insignia, insoles and forefoot tread finishing with a sliver amidst the majority “Navy” heel counter. Alongside the cup sole that remains color-matched to the upper, the presiding dark blue shade bears the Swooshes and eye stays whereas the remaining tread outfits a gum build in conclusion.

While no official release date information has been shared just yet, enjoy official images of the pair below in the meantime.

For more hoop silhouettes from The Swoosh, the Jordan Luka 1 prepares a “Reverse Orca” colorway. 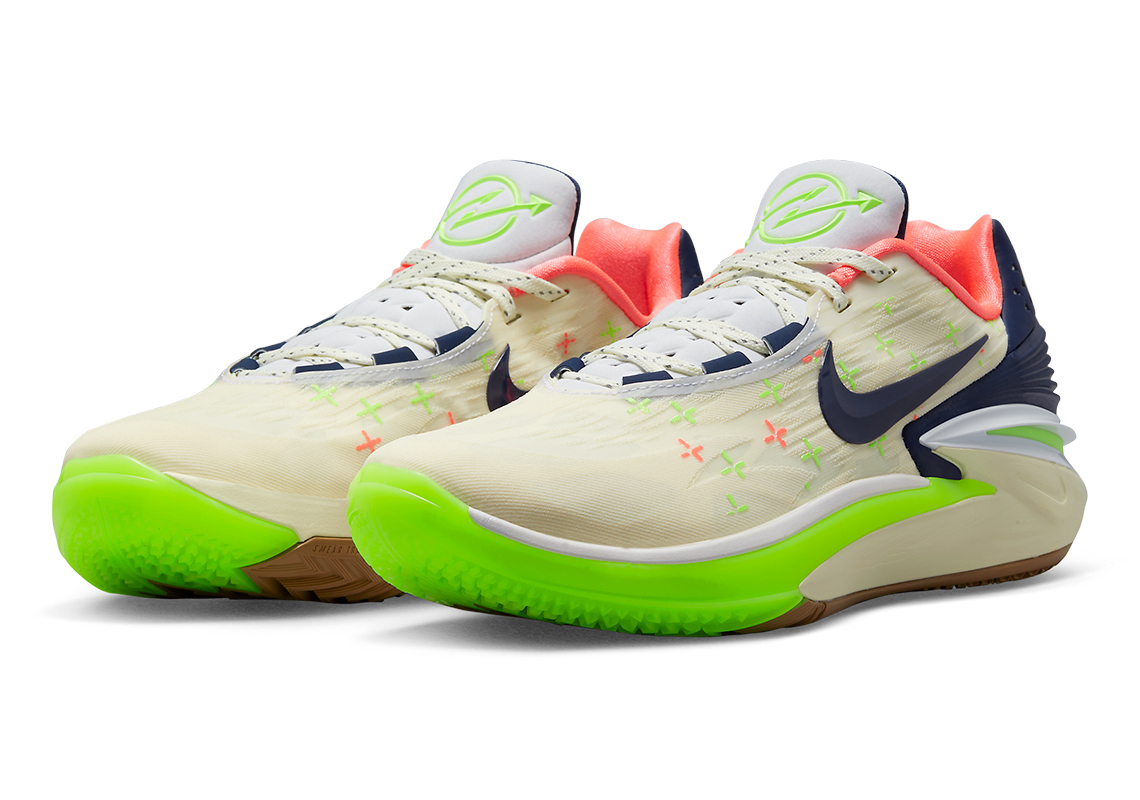 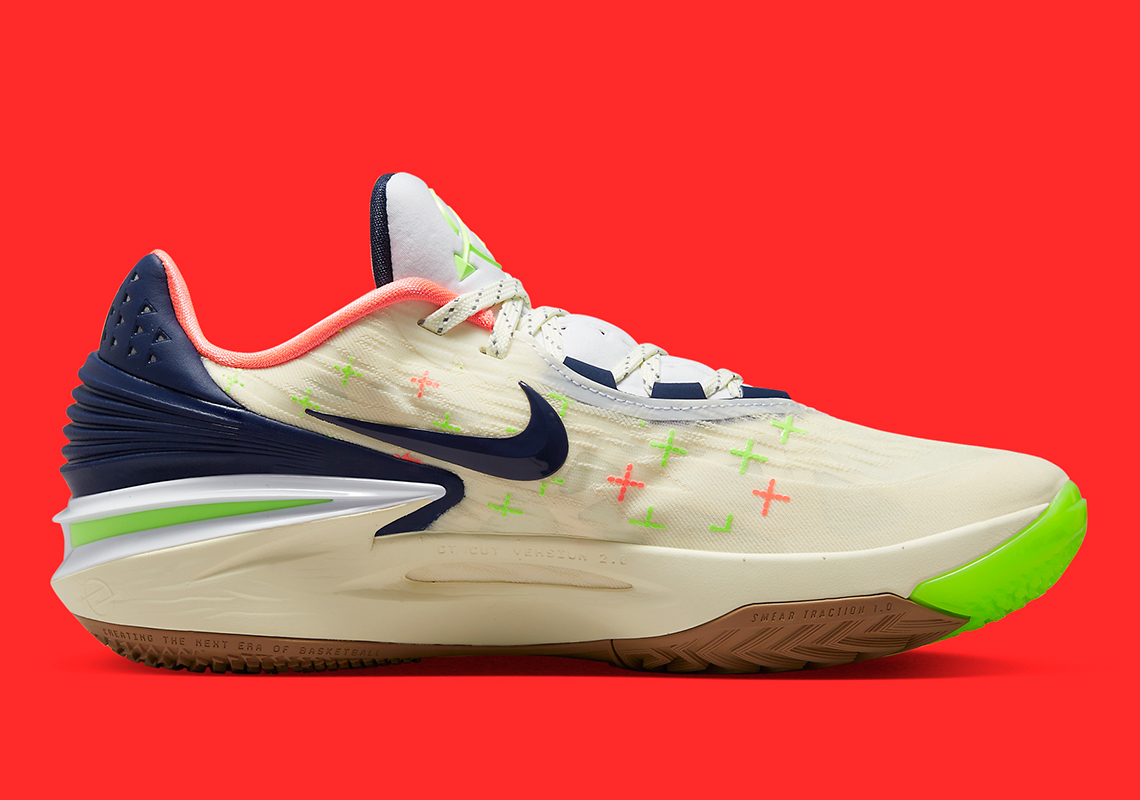 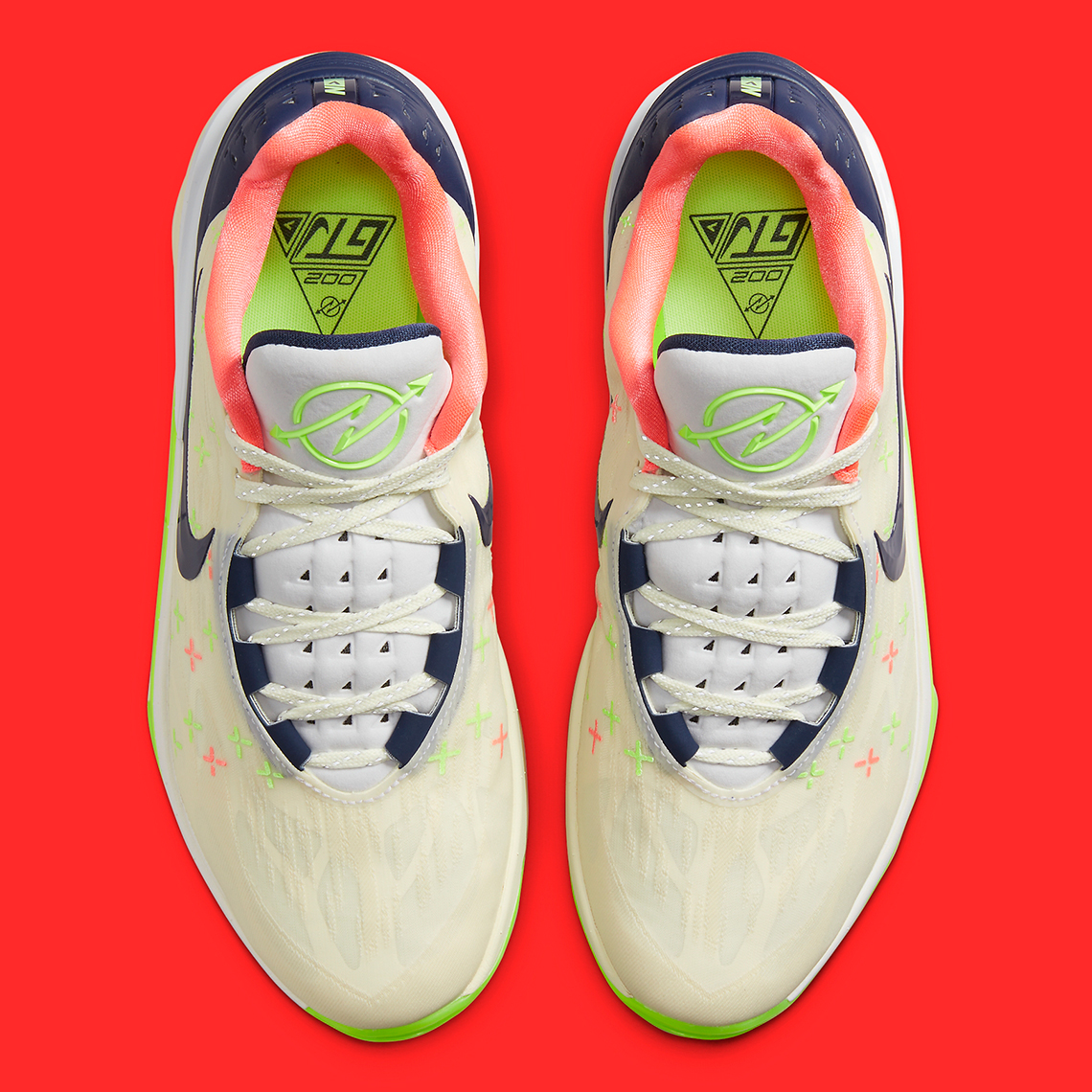 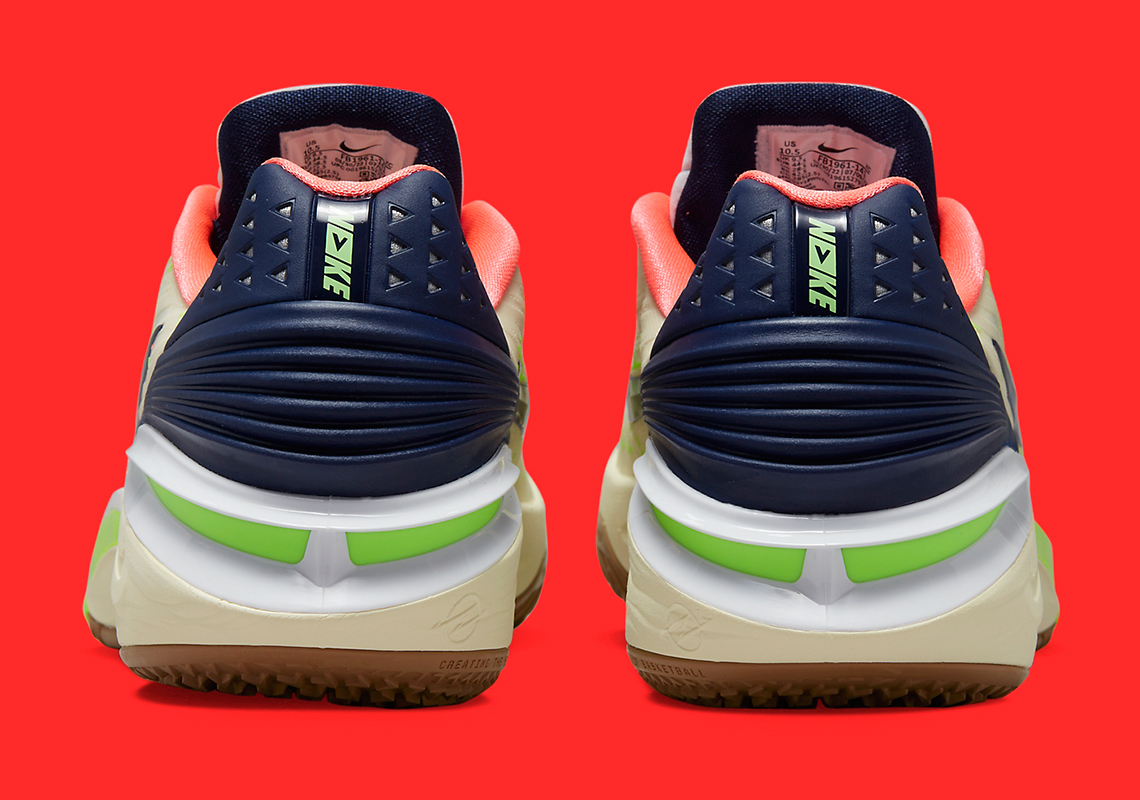 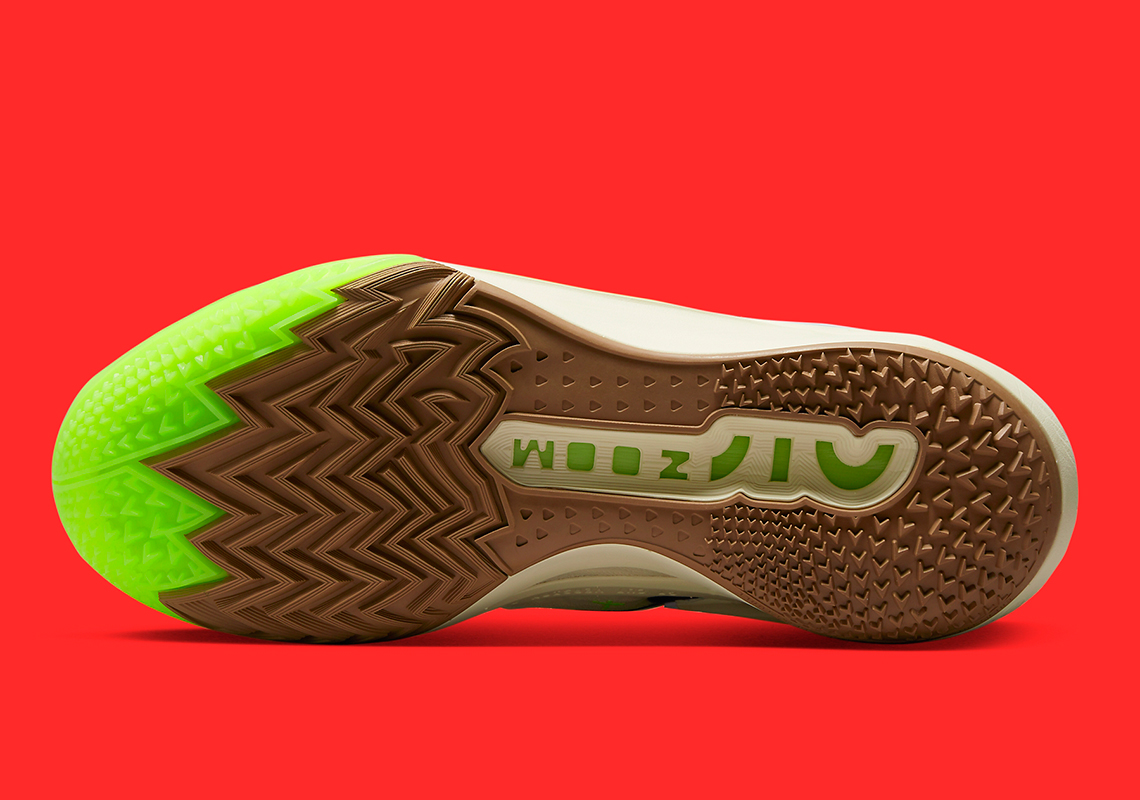 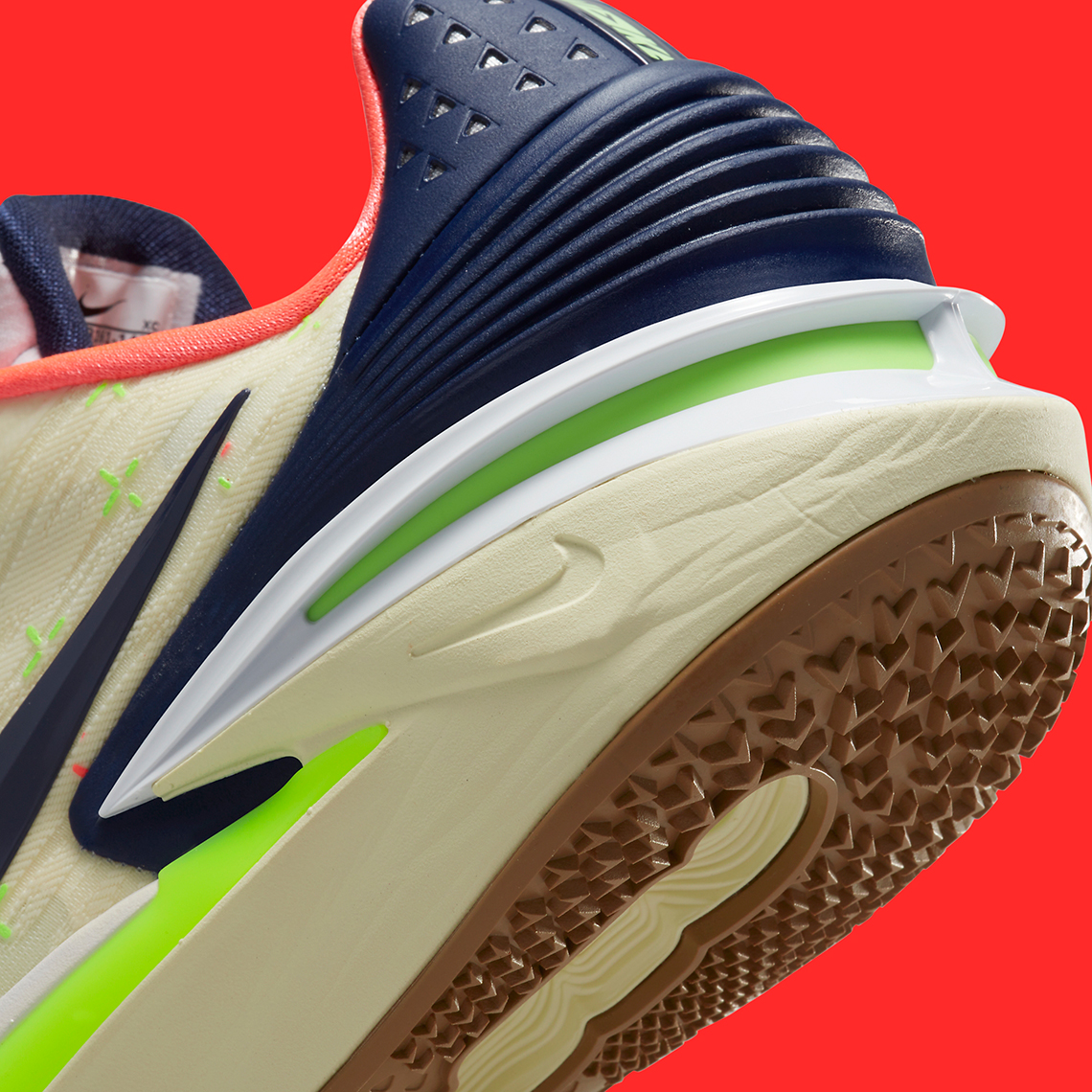 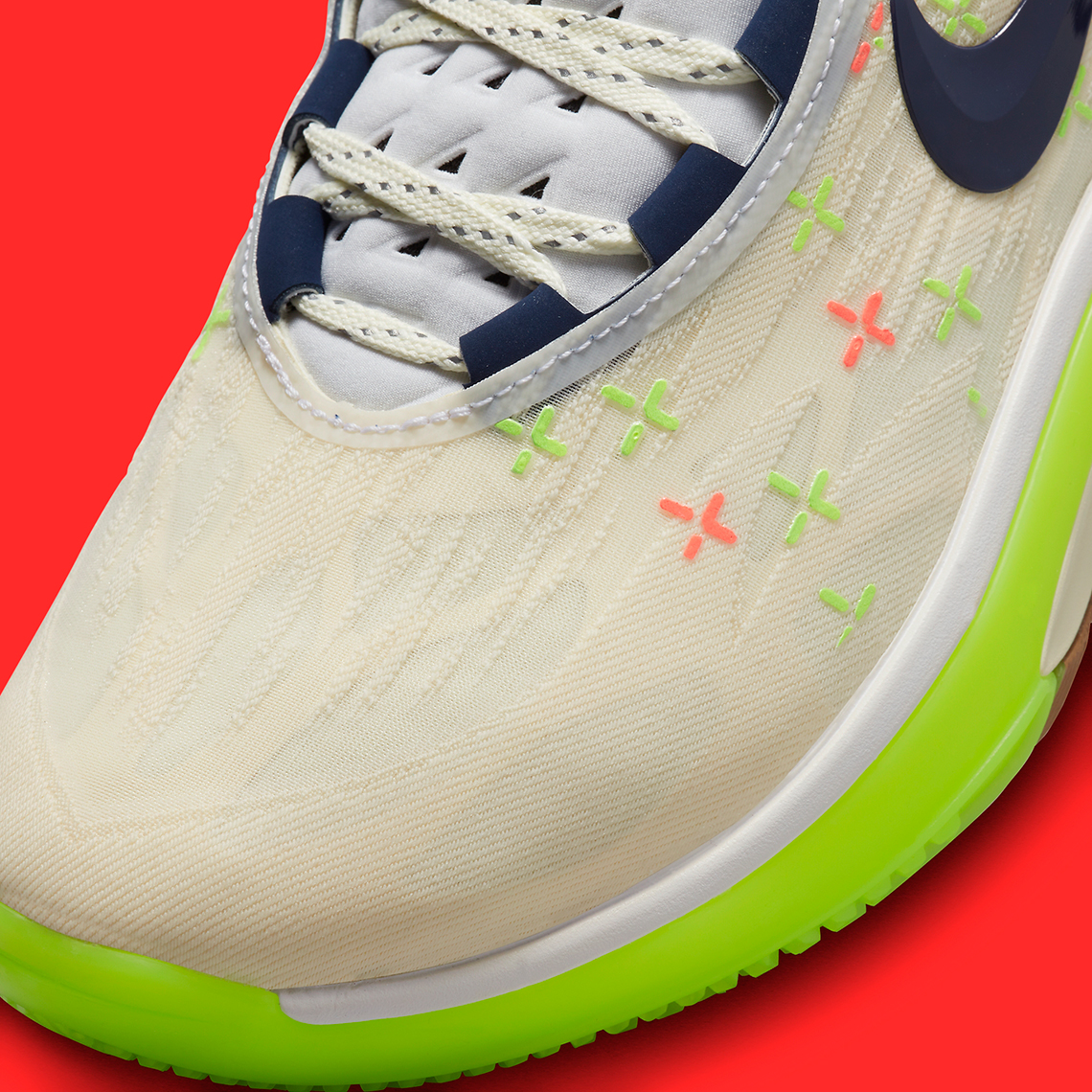