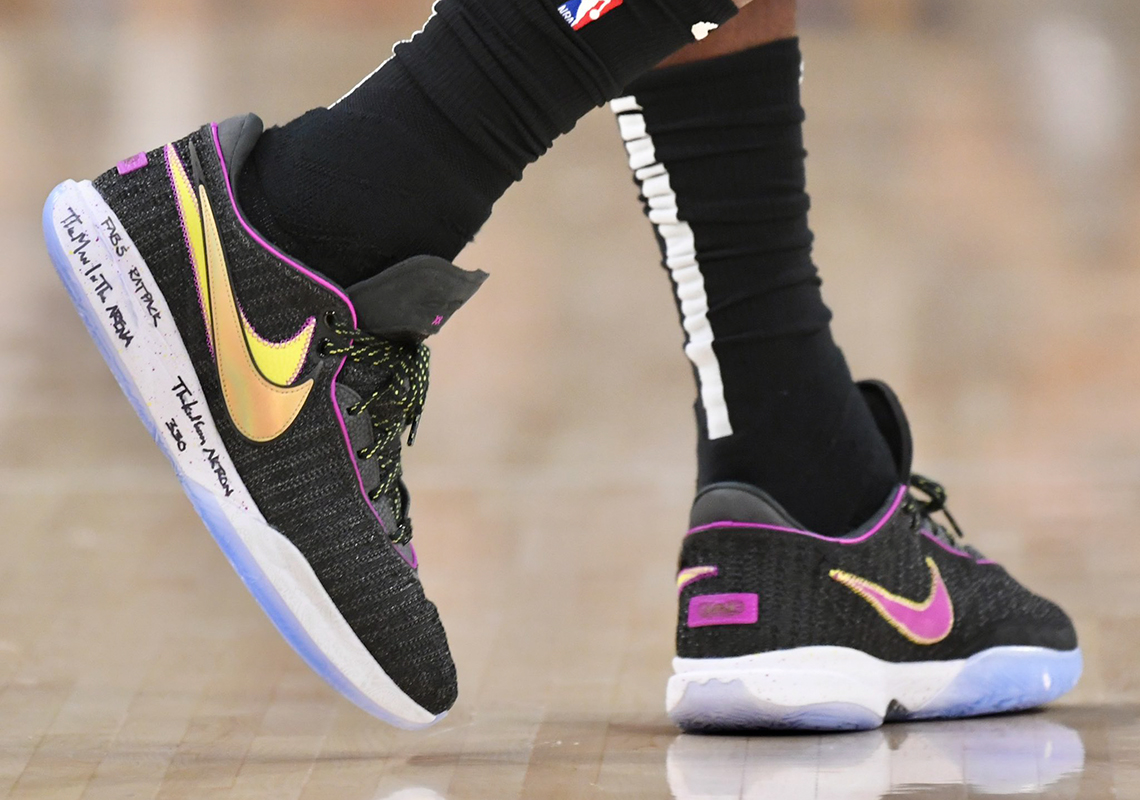 Despite a 2-6 start to the season, the Nike LeBron 20 has been deployed in full force out in LA with James and co. dawning original and upcoming compositions of the on-court silhouette crafted for the next generation. As such, Friday night’s loss to the Utah Jazz gave us an up-close look at the first Lakers-centric colorway in tandem with their purple and black Statement Edition jerseys.

Broken in with 17 points, 10 boards and eight assists, the unreleased “Lakers Away” comes anchored with a dominant jet-black upper – matching the thick black side stripe of their uniforms – while being contrasted by a titular violet trim, an embroidered heel tab and medial side Swoosh. Dashed with yellow accents through its latter black laces, the doubled-up Checks of the midfoot further the tonal spectrum with a golden embellishment on top, and a yellow and purple trimmed Swoosh presiding underneath. Elsewhere, the model remains dissimilar while sitting atop a crisp white midsole and semi-translucent icy blue tread before LeBron’s game-time additions via a thick black sharpie read “FAB 5” – a nod to his three kids, wife and himself – “THE MAN IN THE ARENA”, and “THE KID FROM AKRON”.

While it remains to be seen if the pair is a player edition-exclusive or set to hit shelves, enjoy an on-court look at the LeBron 20 “Lakers Away” in the meantime.

In other news from NIKE Inc., the brand has officially suspended their relationship with Kyrie Irving.

These might be the ones.@KingJames broke out a new LeBron 20 tonight ?? pic.twitter.com/pAxrPphLVE