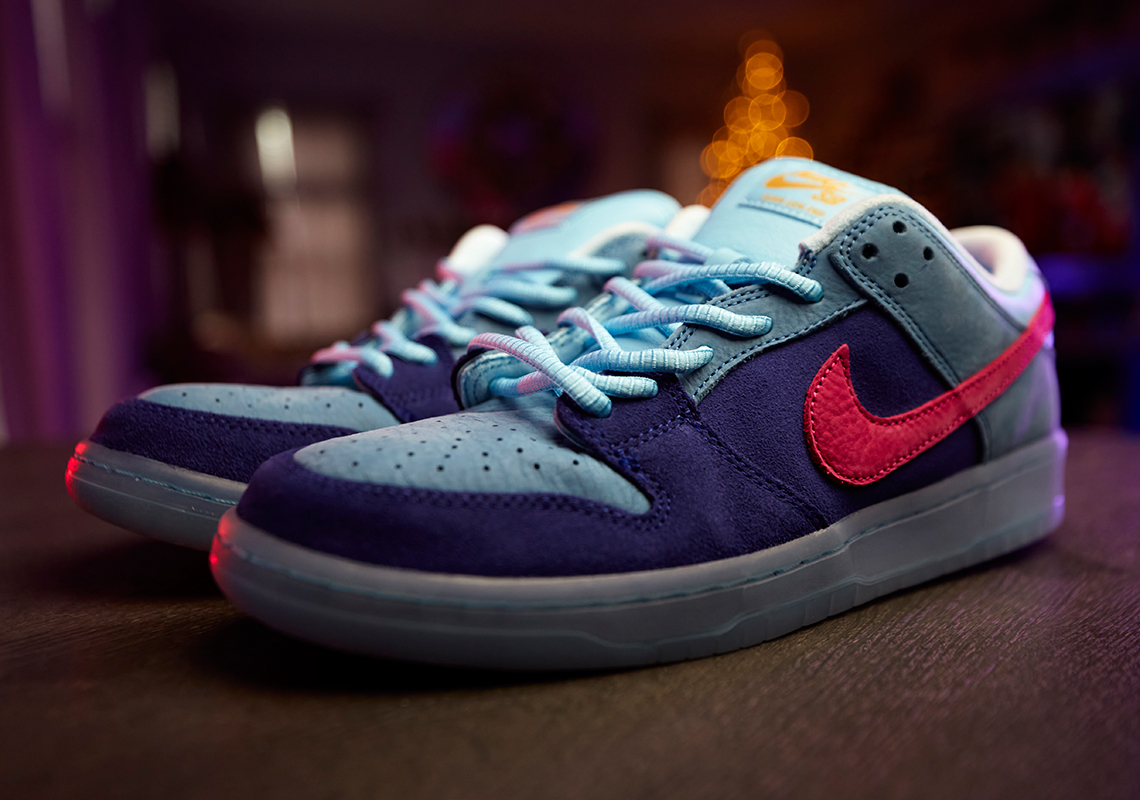 The Nike Dunk holds a special kinship with the hip-hop scene. From its popularity on the feet’s of the game’s hottest rappers to its iconic collaborations such as De La Soul, Madlib and MF DOOM throughout the 2000’s, the latest ensemble of its widely-regarded low-cut construction is now tapping Killer Mike and El-P of Run The Jewels.

Receiving our first look at the pair alongside an upcoming pink/black Dunk High back in November, opposing shades of blue envelop the silhouette, casting University Blue hues across the cracked leather vamp, heel counter, tab and presiding overlay. In stark contrast, the suede textile of the mudguard and midfoot panel indulge in a deep Marina Blue. While the dominantly employed sky blue looks to further anchor the tongue and its presiding laces, a hot pink Swoosh emanates amidst the aforementioned ocean of blues in tandem with gold branded tongue tabs and embroidery at its heel. Underfoot, the pair concludes by returning to its colorful roots, outfitting the sole unit in a semi-translucent icy blue finish while sketched “Run The Jewels” wording is hidden away amidst the see-through tread.

Rumored to be releasing on Killer Mike’s birthday, April 20th, for a retail price of $130, in the meantime enjoy a detailed look at the upcoming Run The Jewels x Nike SB Dunk Low.

For more from the Beaverton-based brand, fine artist Timothy Goodman sits down to talk about creating his own Nike KD 15 colorway. 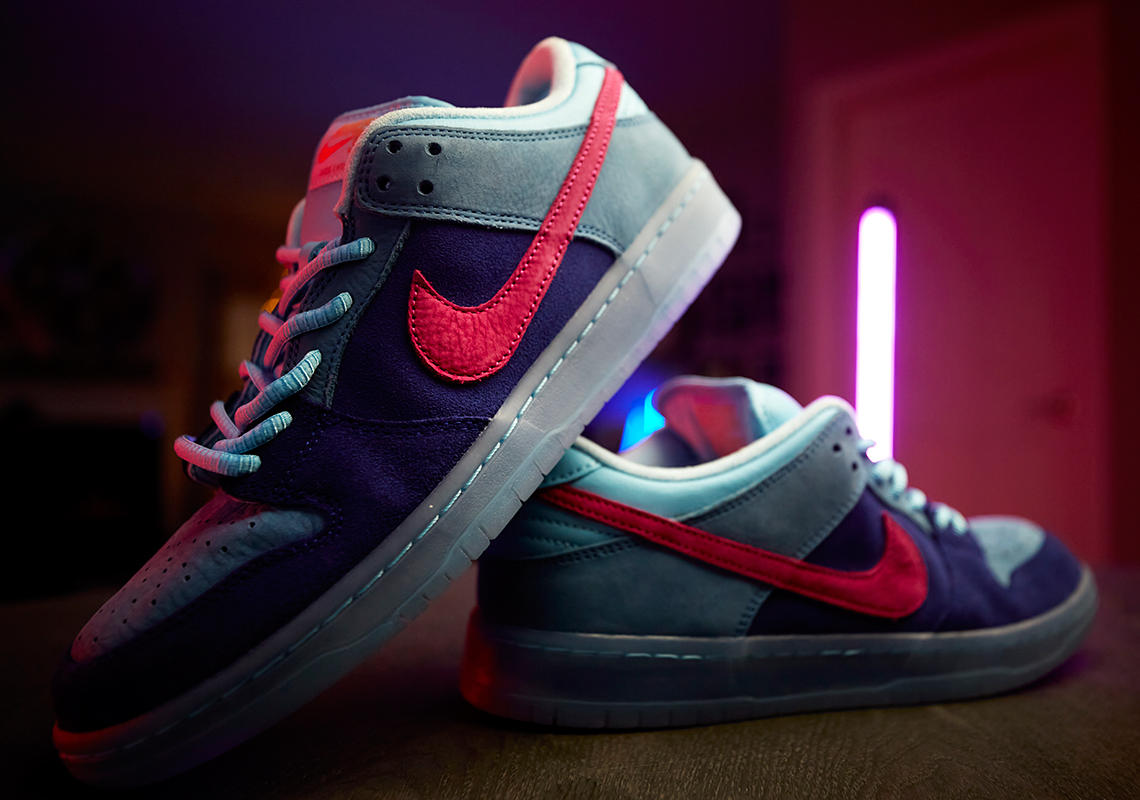 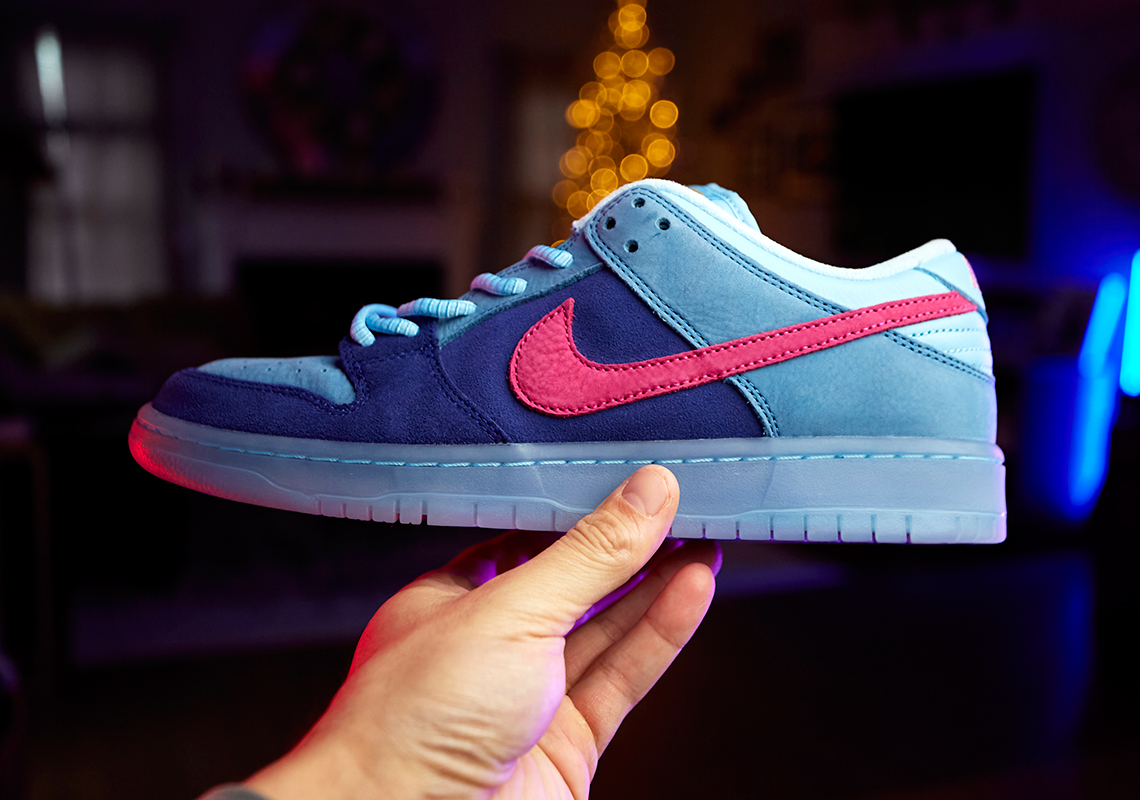 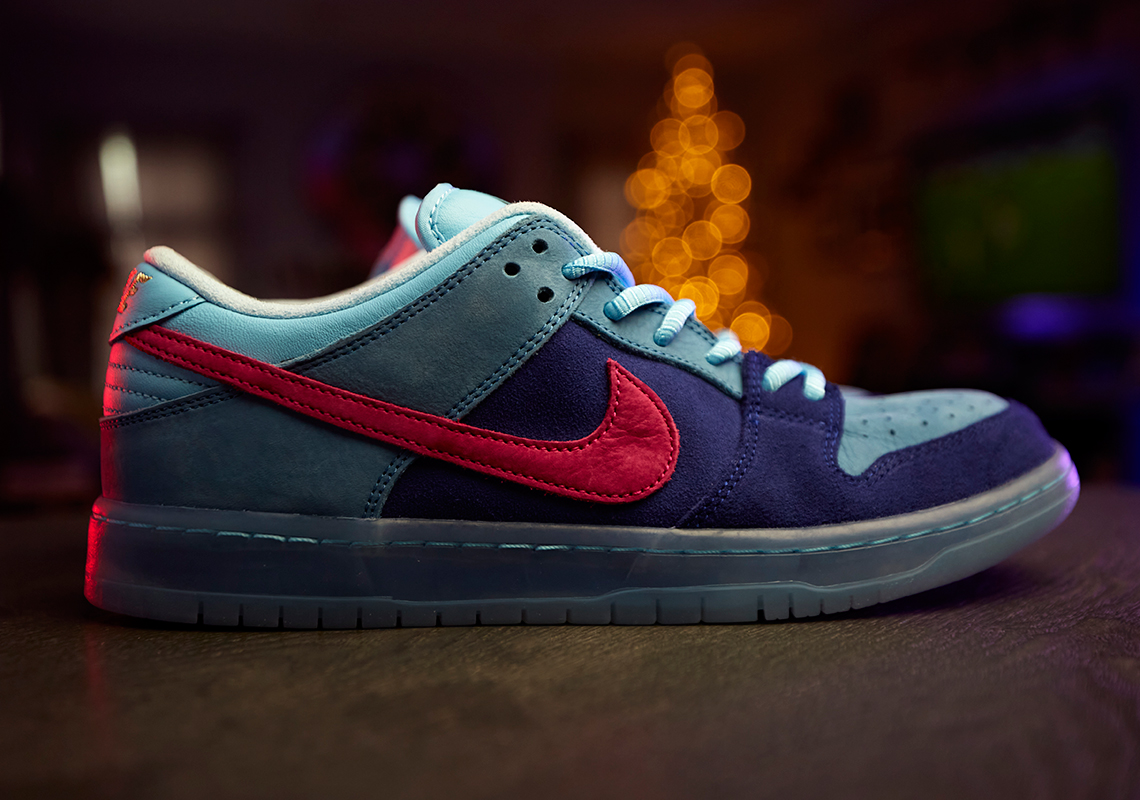 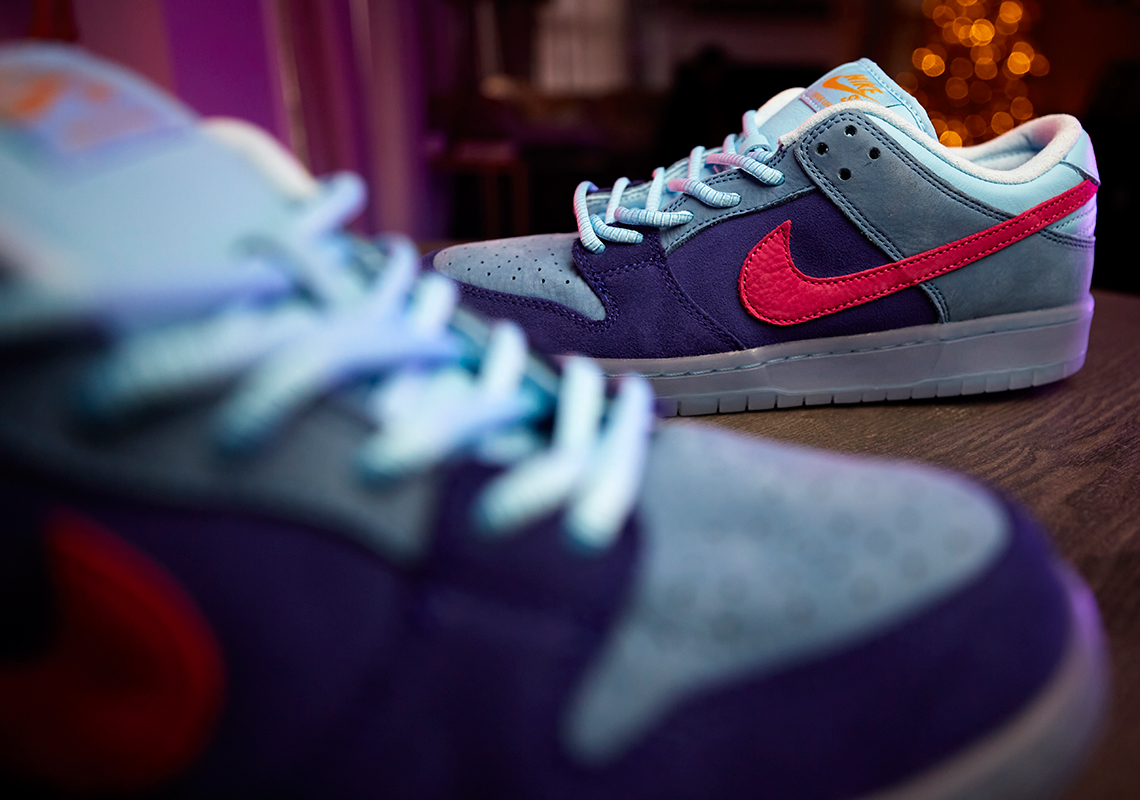 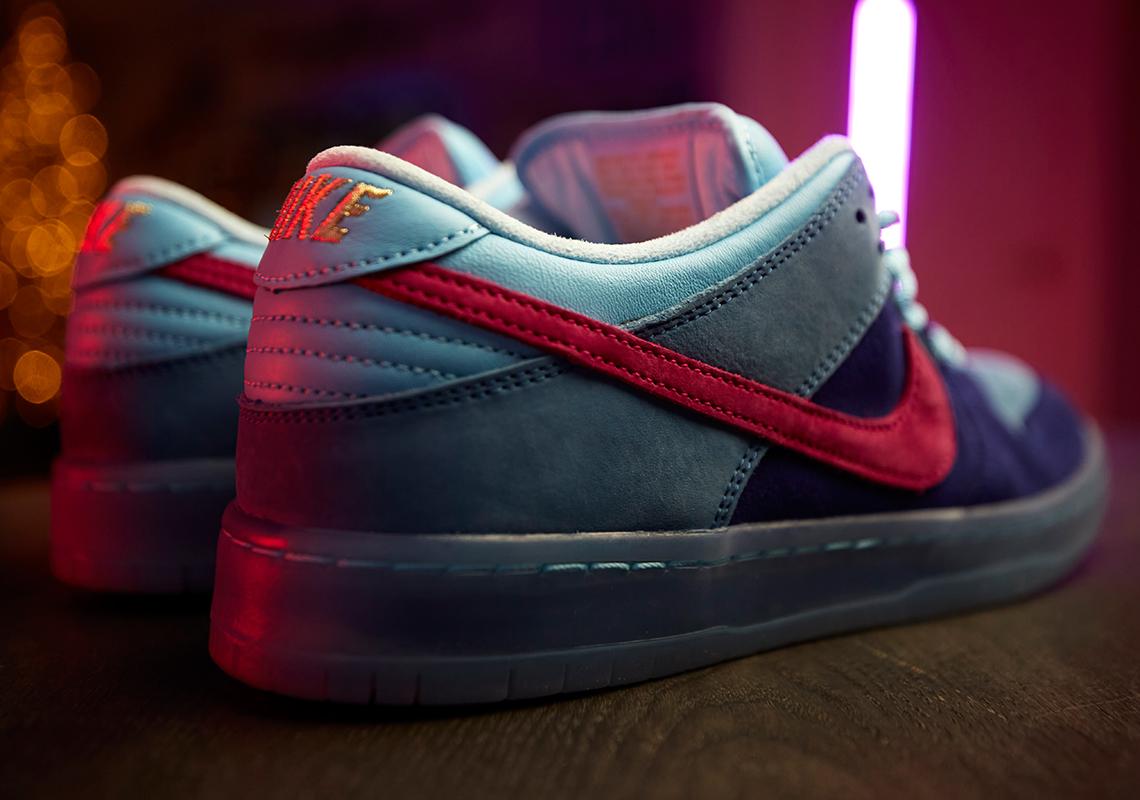 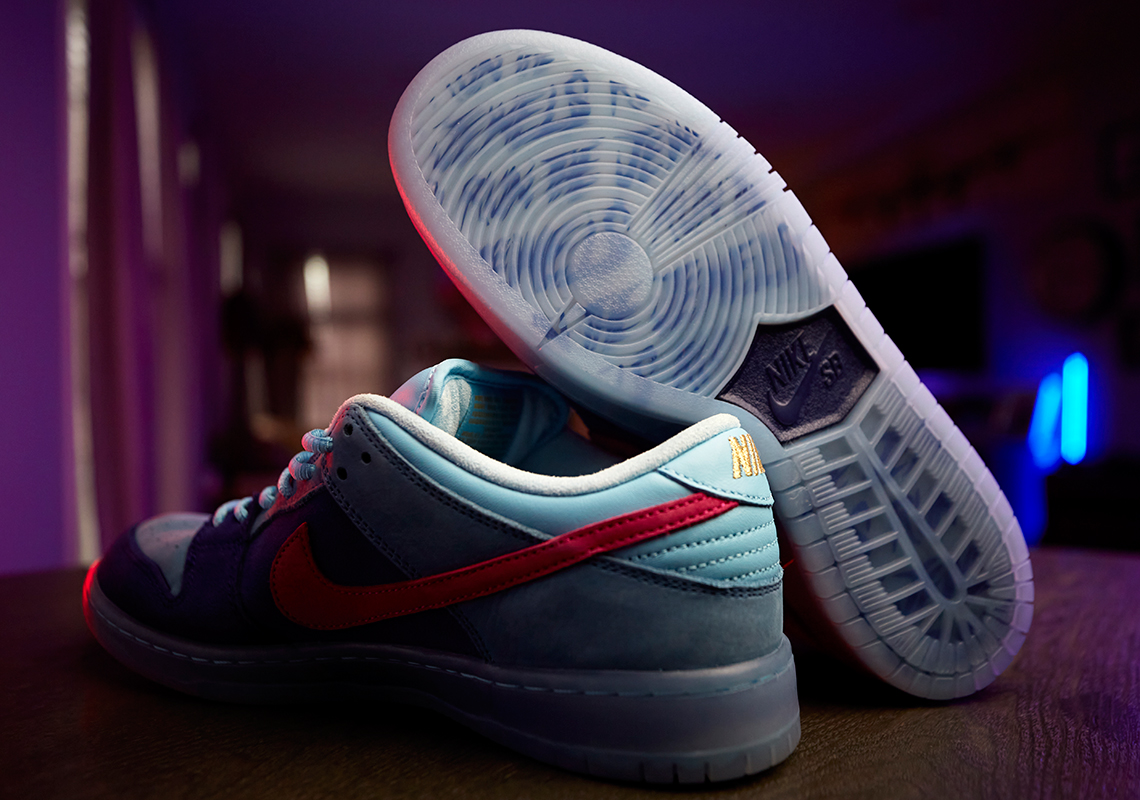 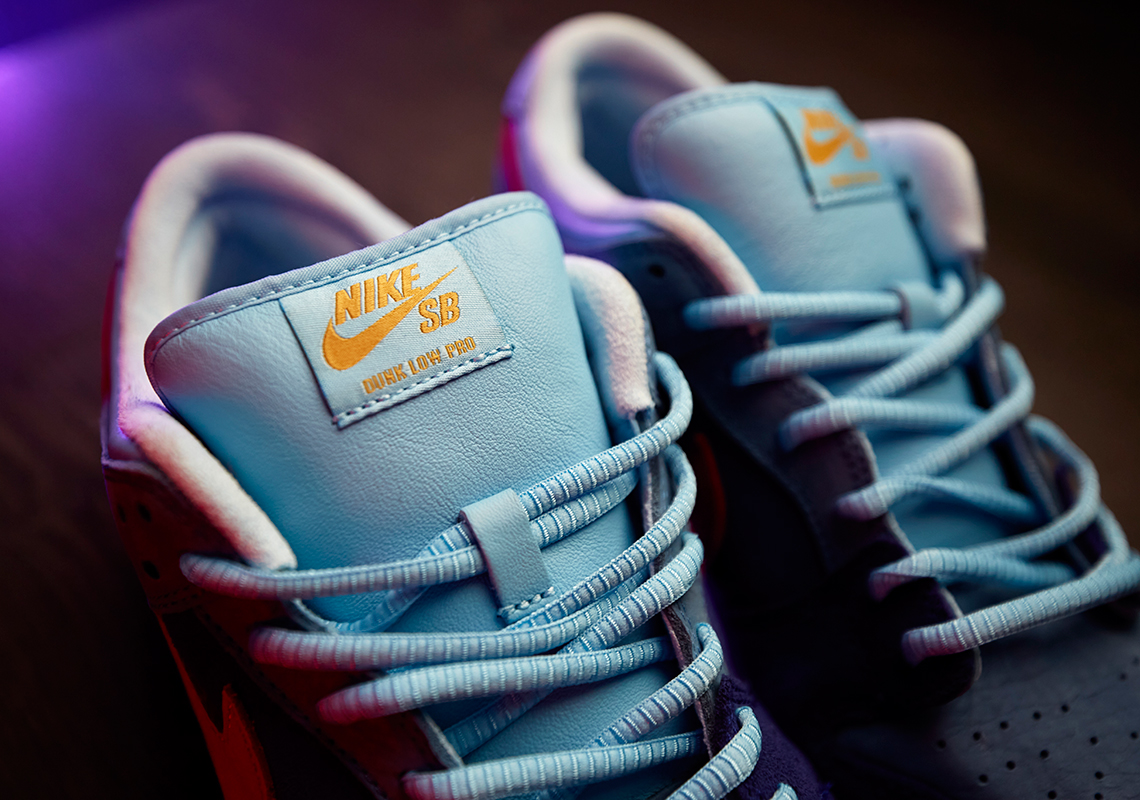 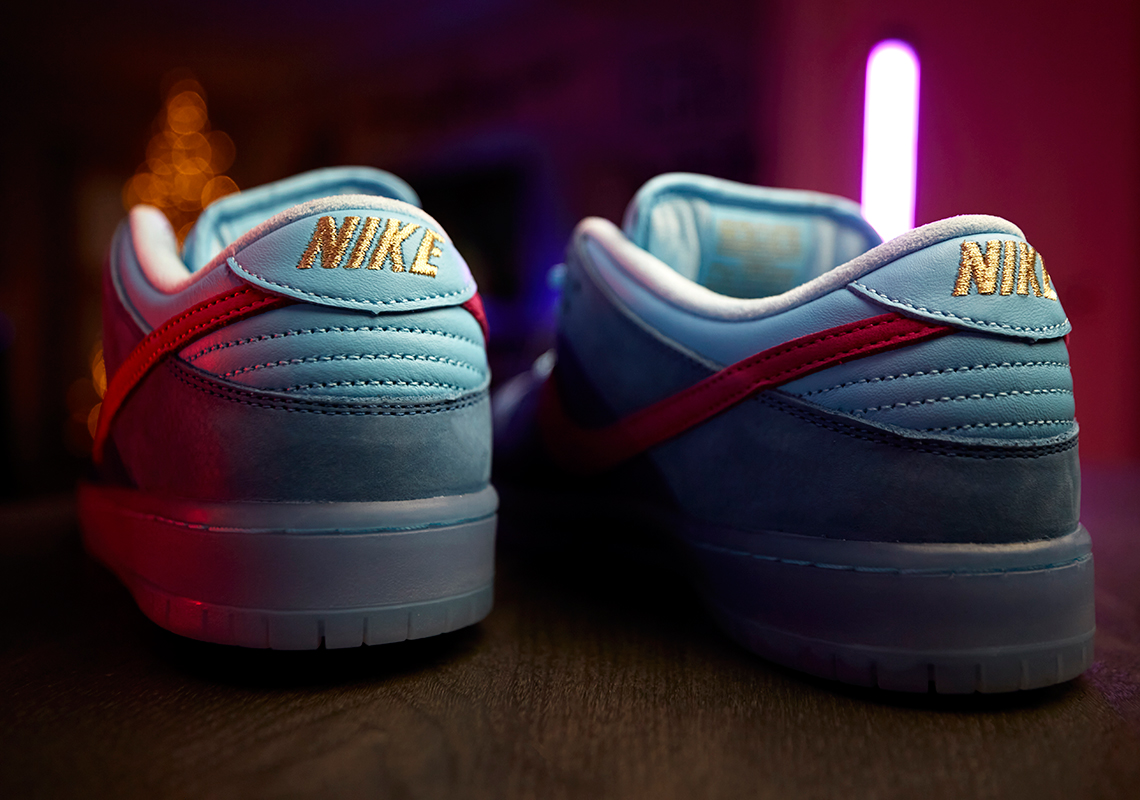