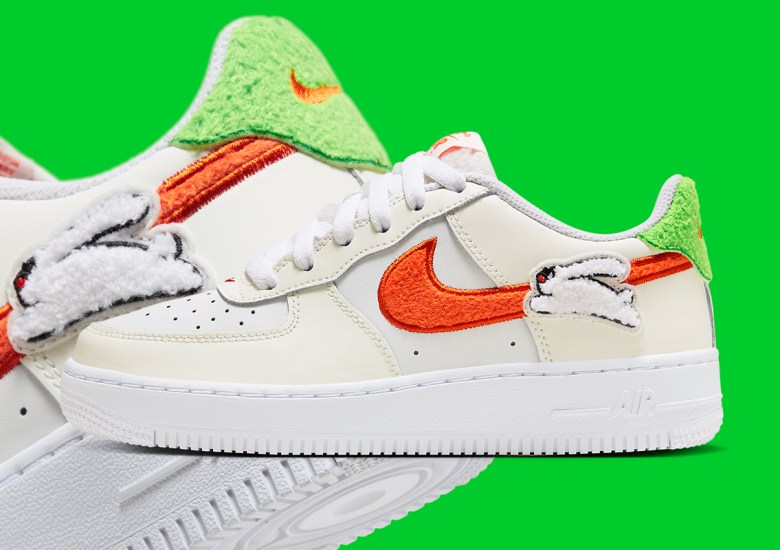 The Swoosh is going all-out for the Lunar New Year, setting up the near entirety of its lifestyle silhouettes for honorary propositions in conjunction with the upcoming Year of the Rabbit. After exploring the fur of the mammal on a Nike Blazer Mid ’77, further detailed imagery is set to land on a grade school exclusive Air Force 1 Low.

Pairing cream-colored overlays with a crisp white base layer, furry chenille detailing lays claim to the tongue construction and midfoot Swooshes, anchoring its exterior check in a vibrant orange whereas the medial side indulges in a crimson red outfit. Matching the colorless shade across its laces, nylon sock liner and clad sole unit underfoot, further colorful embellishments lay claim to the fuzzy lime green heel tab and orange branding found at the adjacently placed tongue tab. Coordinating its connection to the Lunar New Year with a fuzzy rabbit motif atop the exterior Swoosh, further woodland imagery lands at the insoles with a mushroom affixed to the left shoe while a rabbit poking out if its burrow anchors the right.

Enjoy official images of the GS-exclusive Air Force 1 Low “Rabbit Nature” below while we sit tight on further release details expected in 2023.

In other news, check out an up-close look at the Run The Jewels x Nike SB Dunk Low. 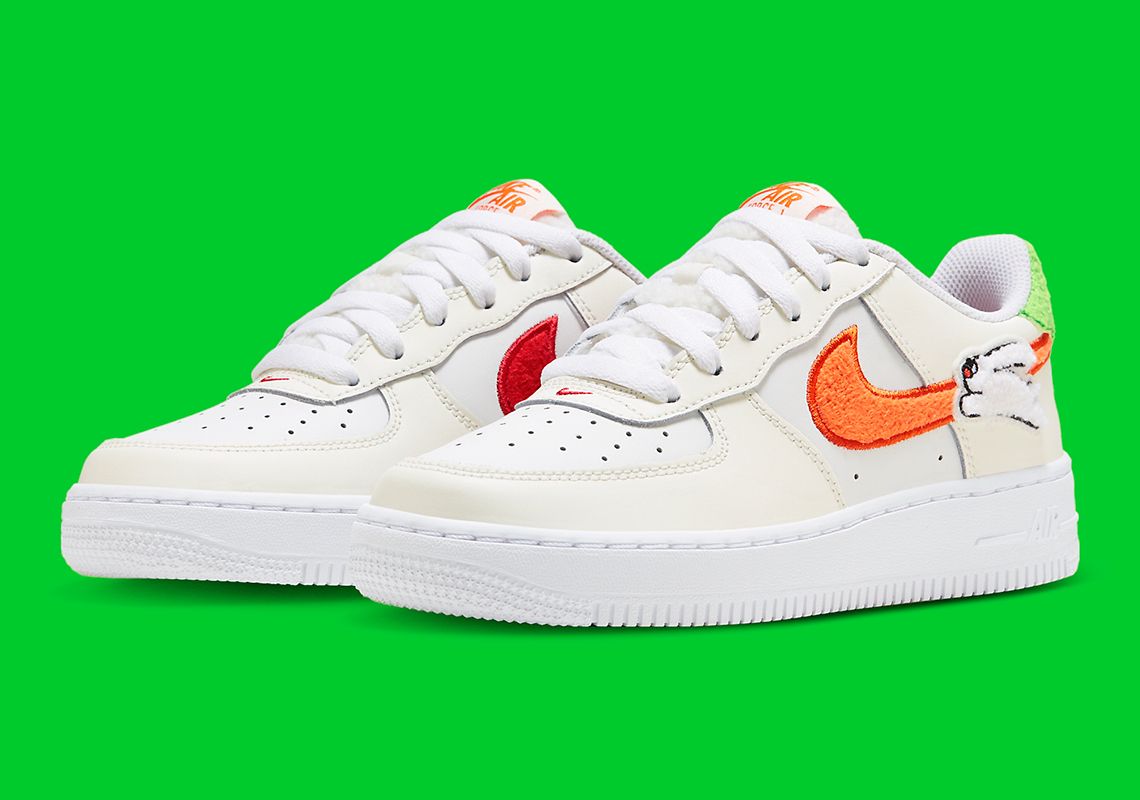 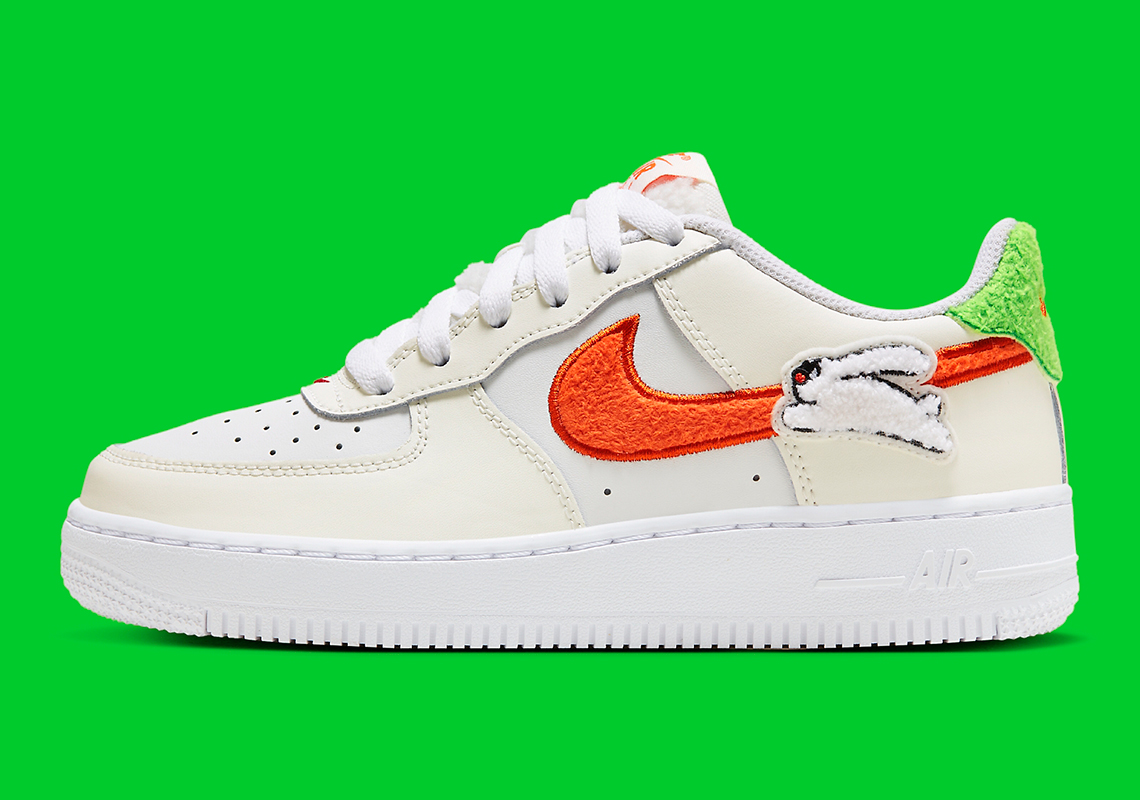 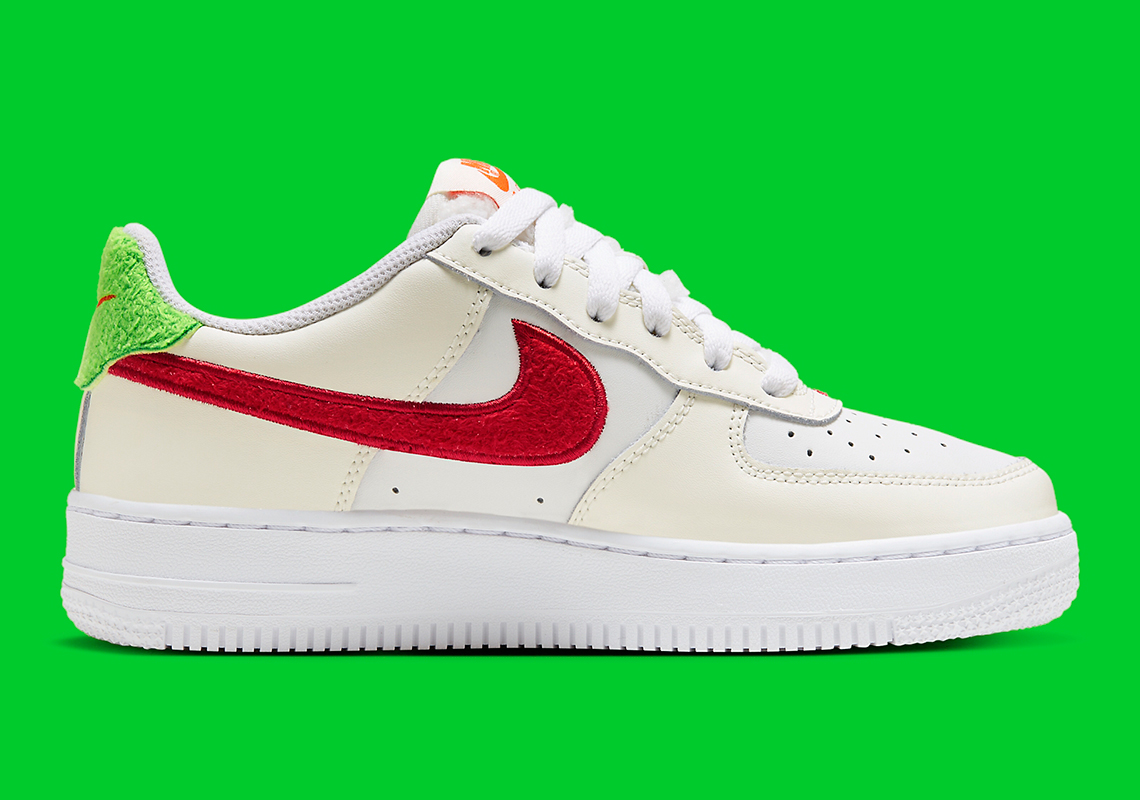 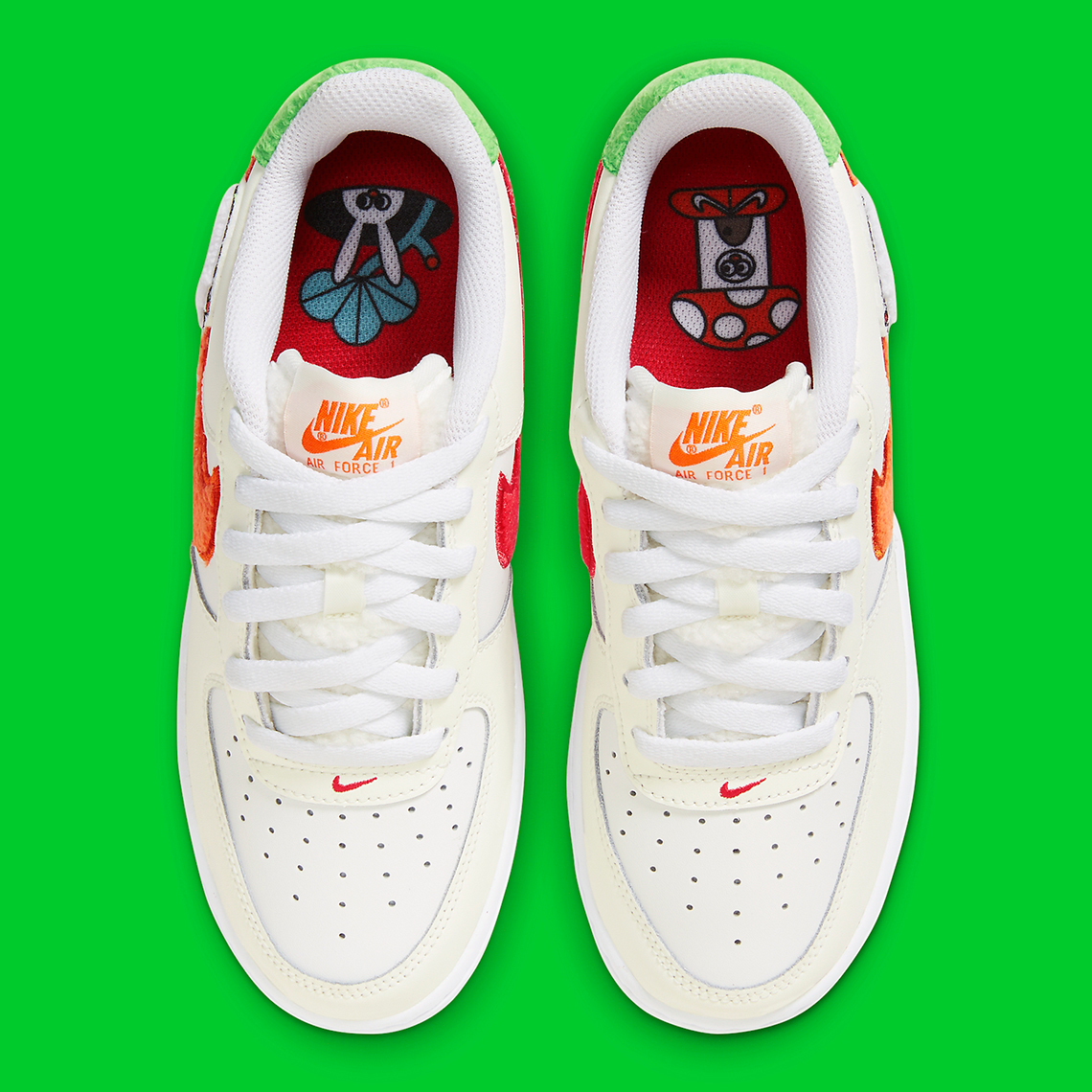 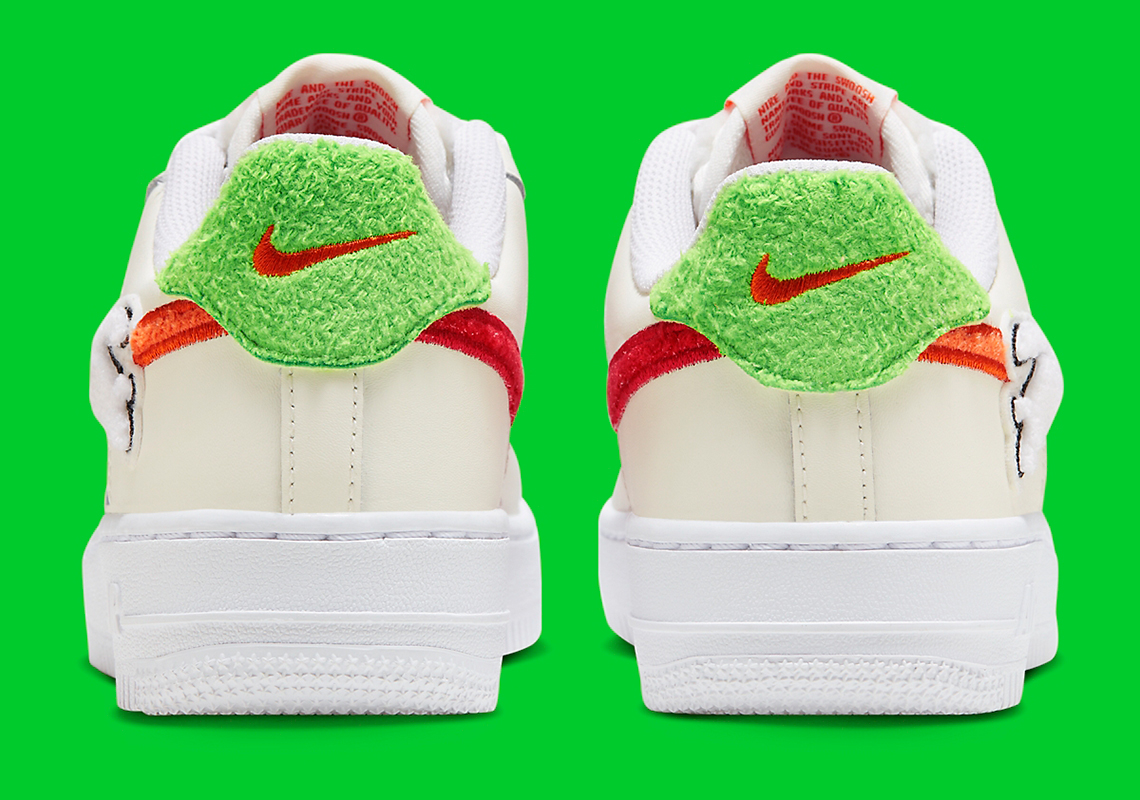 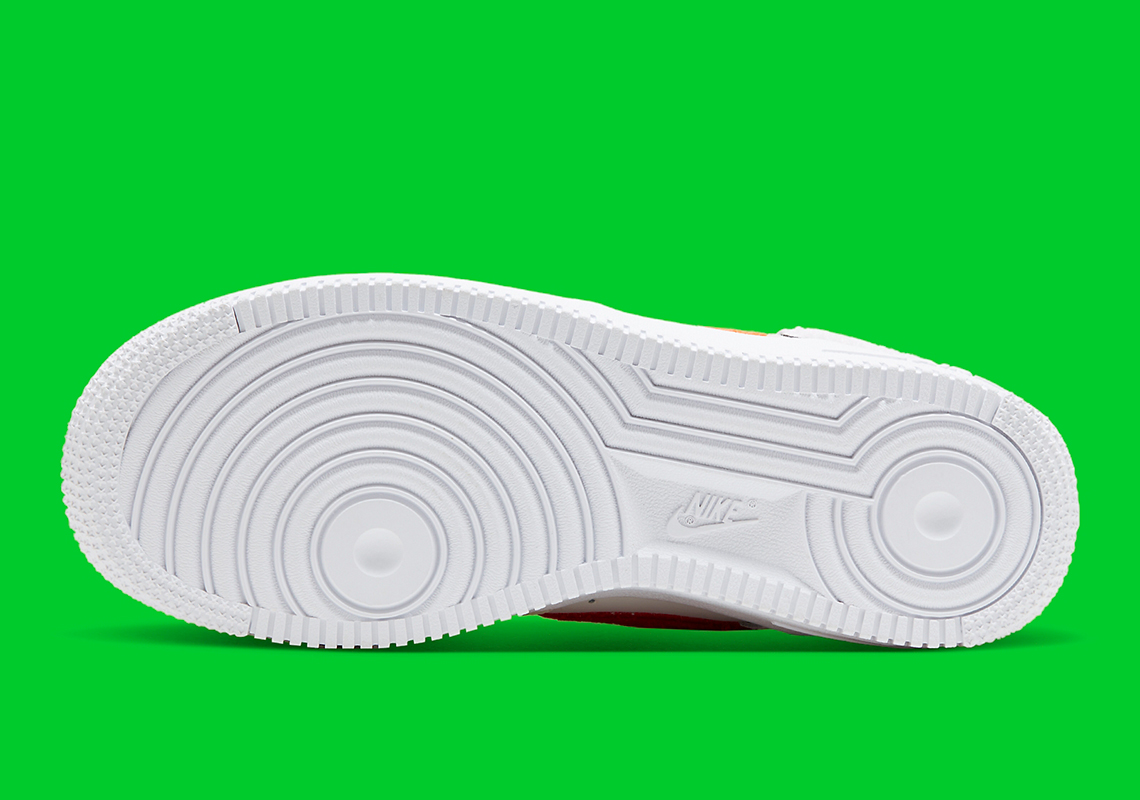 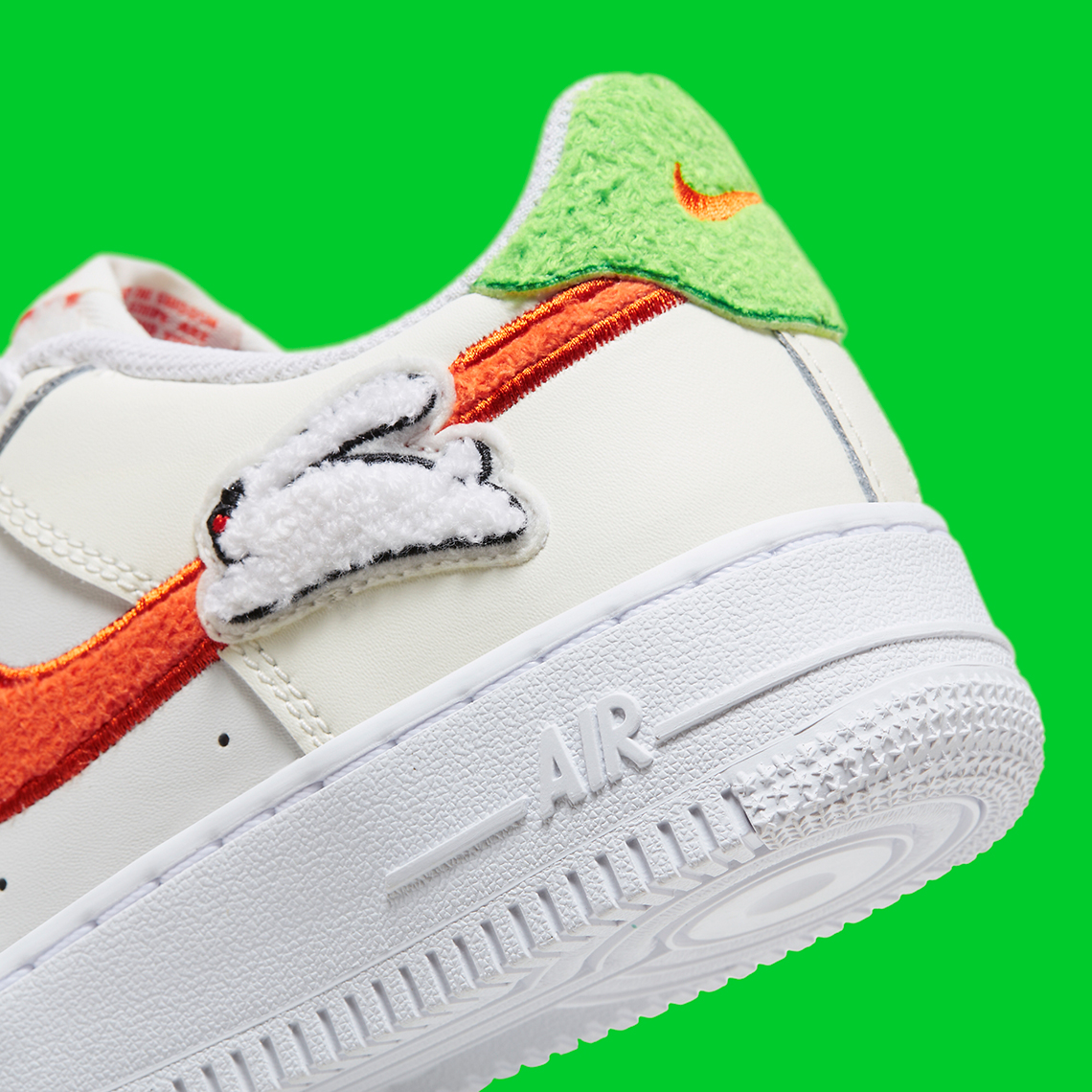 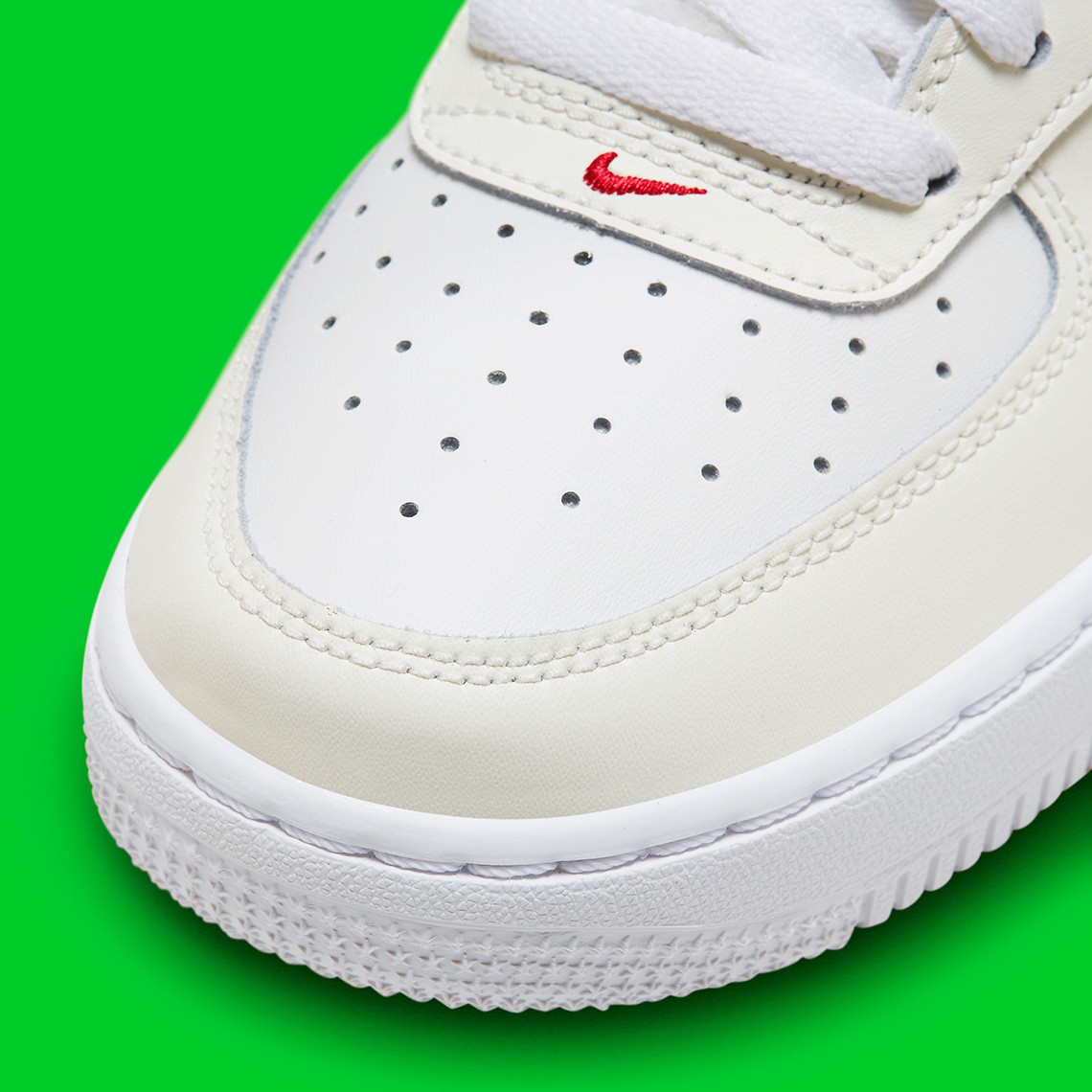