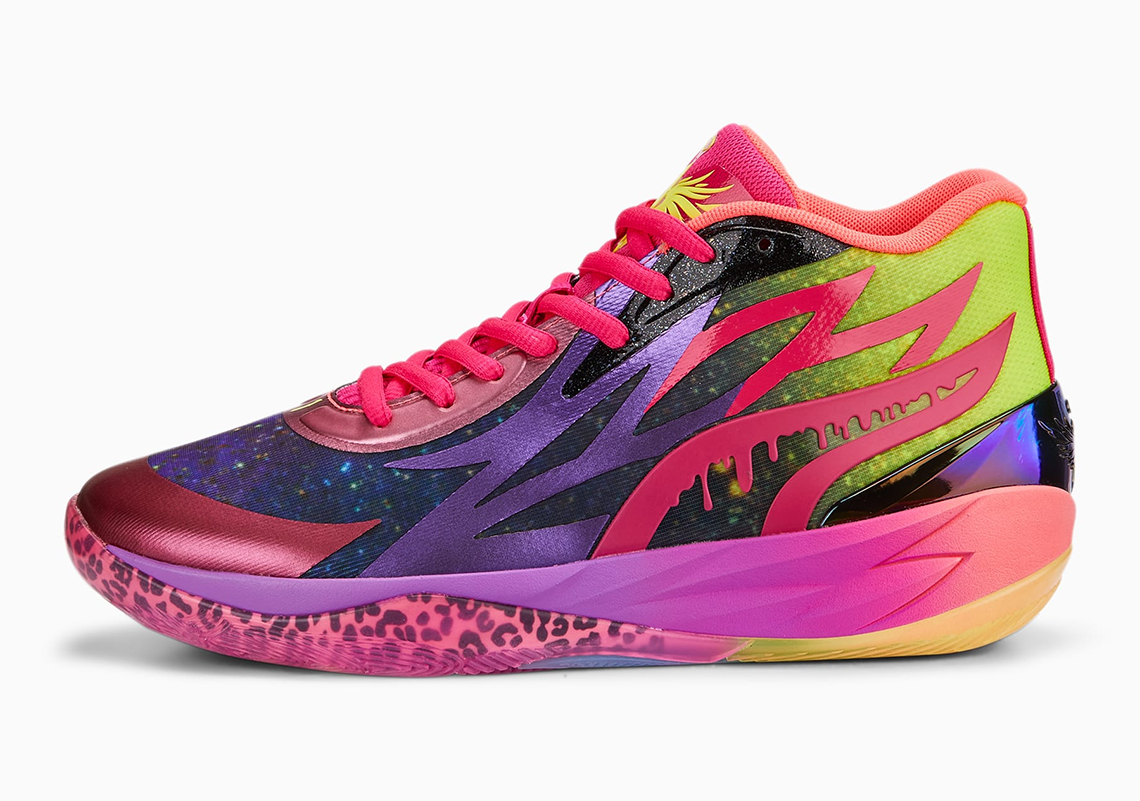 LaMelo Ball And PUMA Revisit “Galaxy” Aesthetic On The MB.02

LaMelo Ball and the Charlotte Hornets suffered a tough loss to the Toronto Raptors last night, but the 21-year-old guard had another compelling performance. There’s no question that the youngest Ball Brother is skilled, but some credit might have to be given to his PUMA MB.02 signature sneaker, which recently appeared in what seems like another “Galaxy” ensemble.

From its inception, the PUMA MB series has promoted the idea that the Chino Hills, Calif. native isn’t from planet Earth because he possesses other-worldly basketball abilities. As such, packaging, design cues, and color combinations of LaMelo Ball’s first signature shoe featured nods to outerspace, culminating in a “Galaxy” theme in April 2022. While yet to be confirmed as such, a newly-surfaced multi-color and pattern take on the MB.02 falls in line with what’s been expected of the extraterrestrial concept due to its heavy use of purple, iridescent panels, and nebulous print throughout the upper.

Underfoot, the bold story continues as NITRO Foam opts for an eye-catching purple and pink gradient joined by a semi-translucent outsole that reveals leopard print and other disparate hues. Left and right shoes boast different arrangements, falling in line with some of the Hornets guard’s other PUMA releases.

Enjoy product images of the pair ahead, and anticipate a puma.com launch as NBA All-Star Weekend approaches. 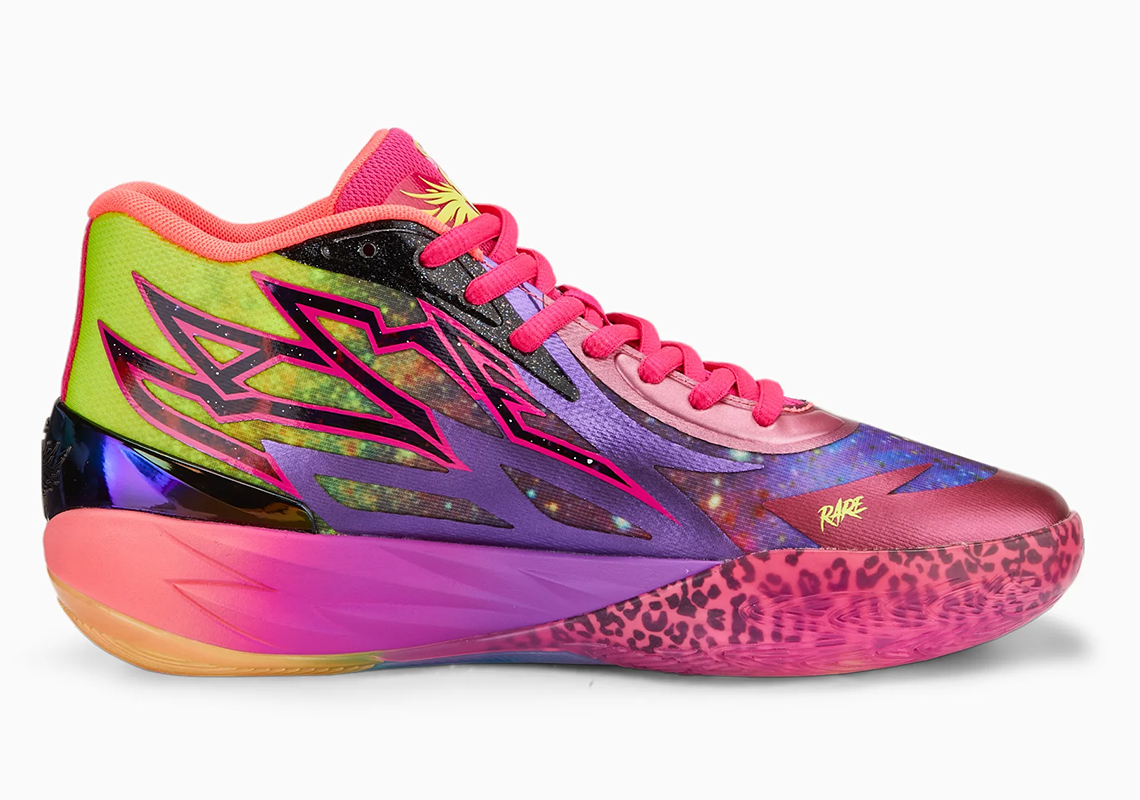 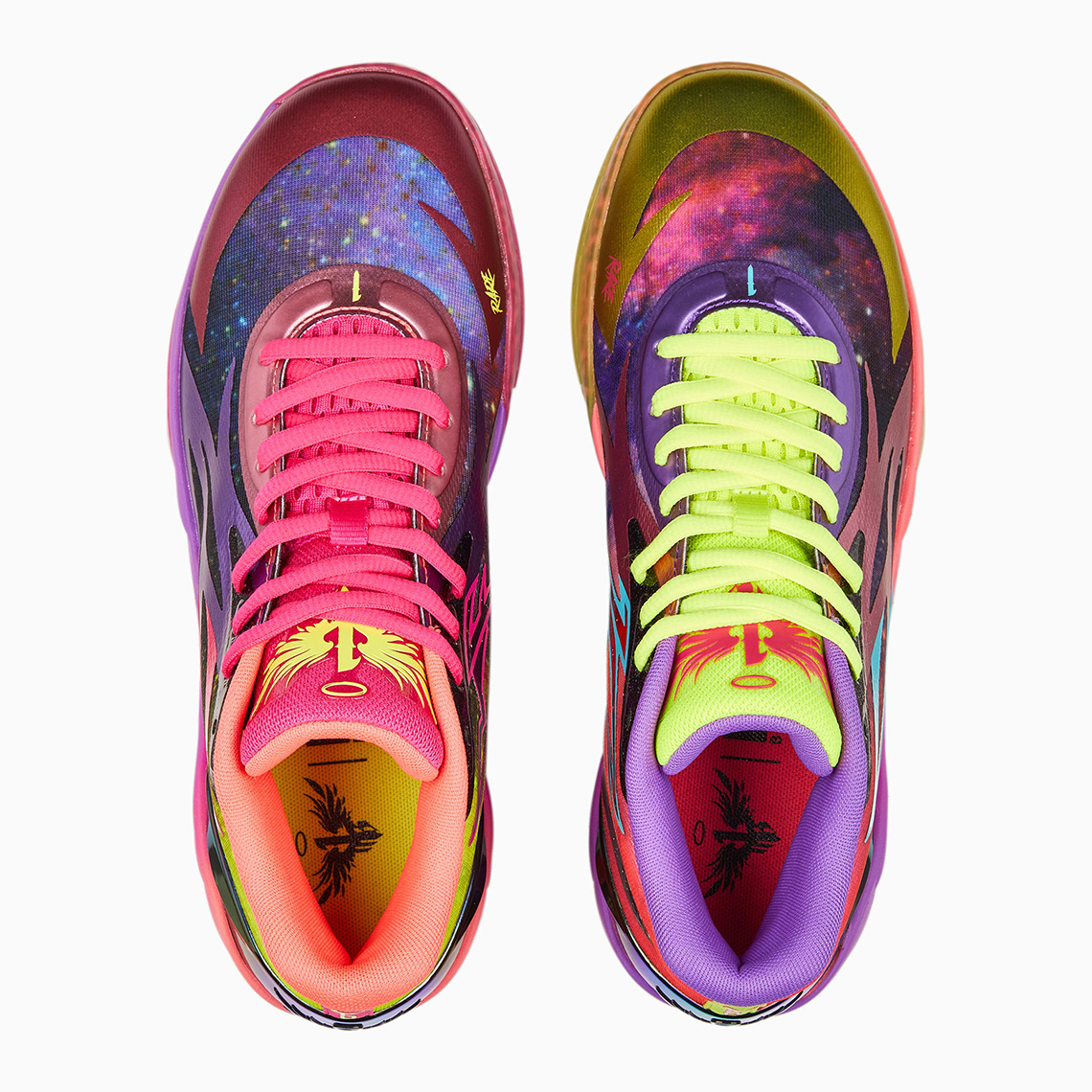 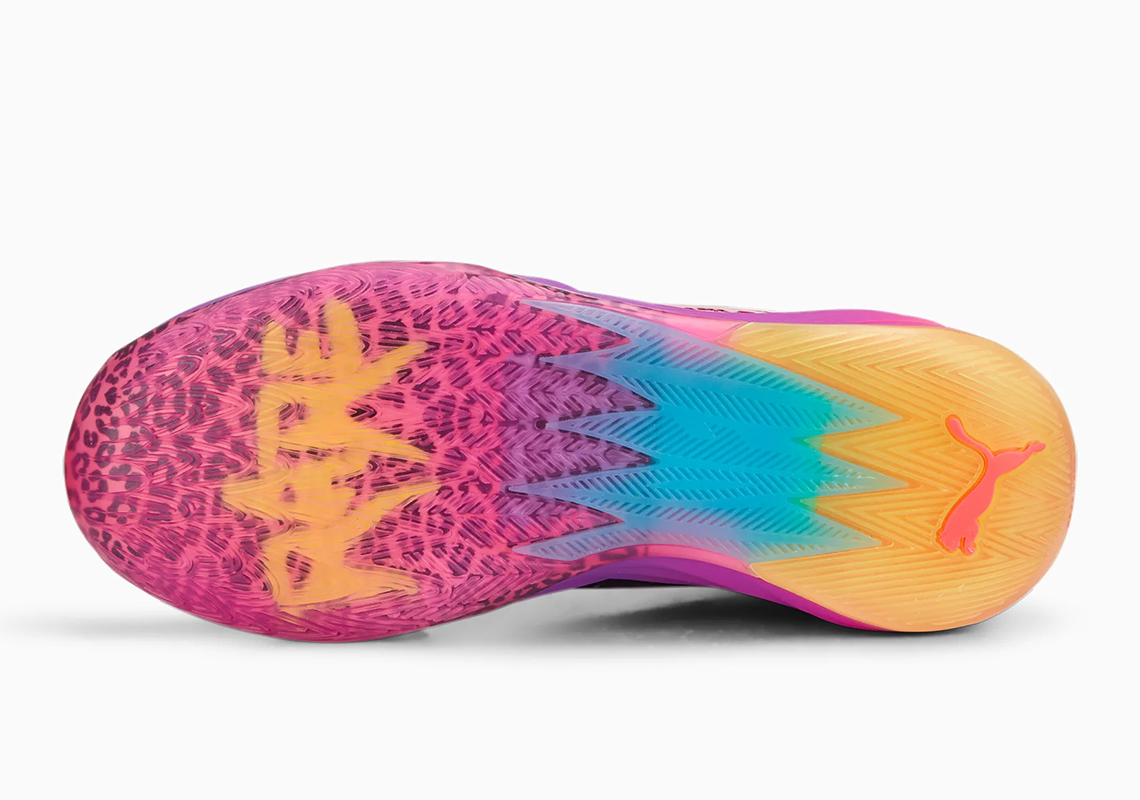