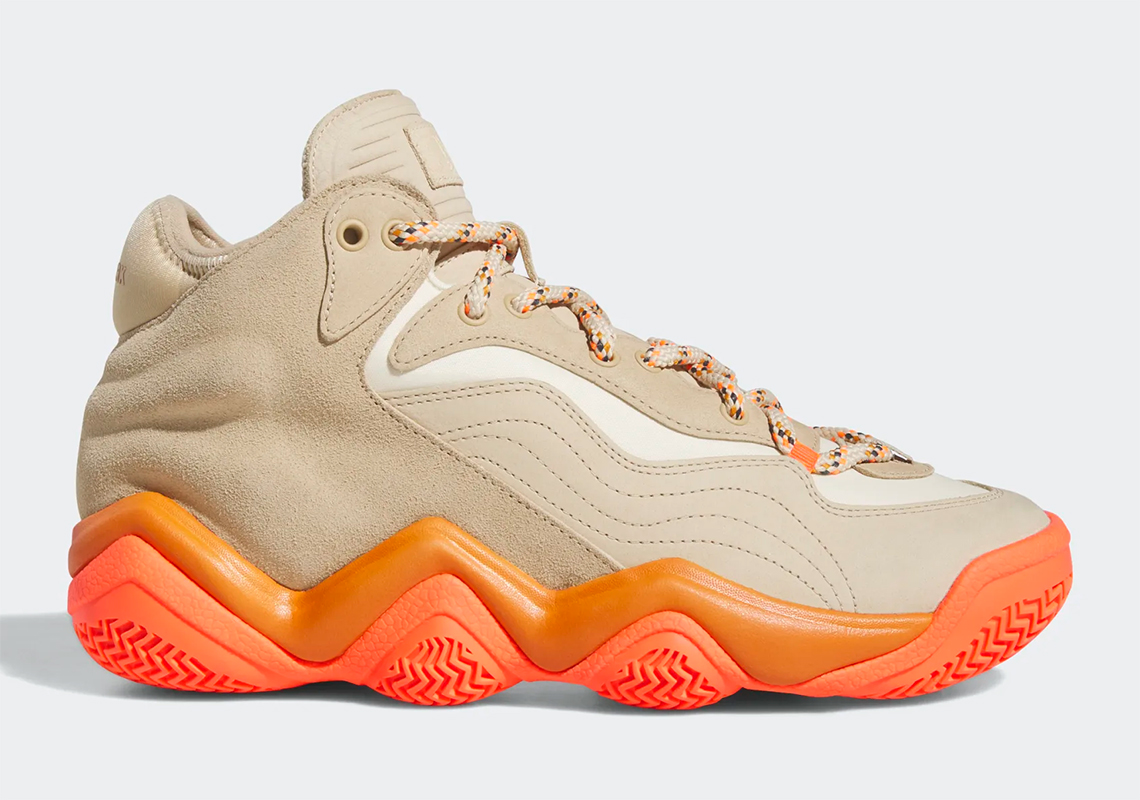 Following the debut of the latest IVY PARK pack titled “IVYTOPIA” this past summer, Beyonce is now transitioning to a relatively untouched realm of the Three Stripes’ extensive catalog for her activewear brand to assimilate with. Introduced via the feet of Kobe Bryant at the turn of the millennium, the adidas Top Ten 2000 now receives a blissful fashion-forward treatment from Queen B.

Removed from its typical sportswear ethos, the silhouette’s diverse choice of tooling infuses the silhouette’s cutting-edge 2000s construction with futuristic embellishments two decades removed. Clad in its treatment of “Magic Beige” across the upper’s suede, leather and technical mesh features, a crisp “Cream White” accents the tonal tongue section with matching embossed “IVY PARK” branding affixed to the tongue tabs. Molding its heel piece for an organic curvature of lines that proffers an all-new design language, seldom orange shades stitched into the laces and placed along the forefoot’s lace loops extends an introductory sample of the vibrant contrast. Overtaking the ridged sole unit in a duo of the latter titular orange casts, the pair’s insoles conclude with a disparate choice of “Pulse Mint”.

Set to release next Friday, January 20th for a retail price of $200, in the meantime enjoy official images of the IVY PARK x adidas Top Ten 2000 “Magic Beige” below.

For more efforts prepared for the hardwood, check out a first look at Jayson Tatum’s first signature shoe, the Jordan JT 1. 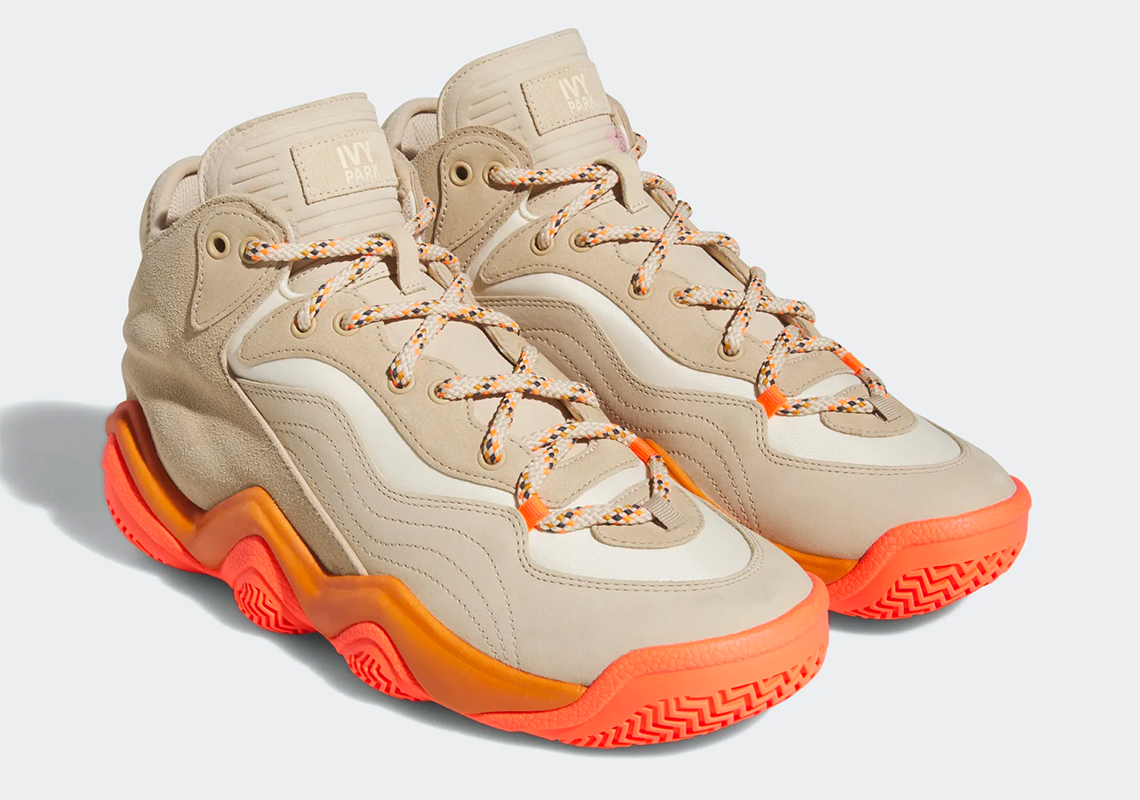 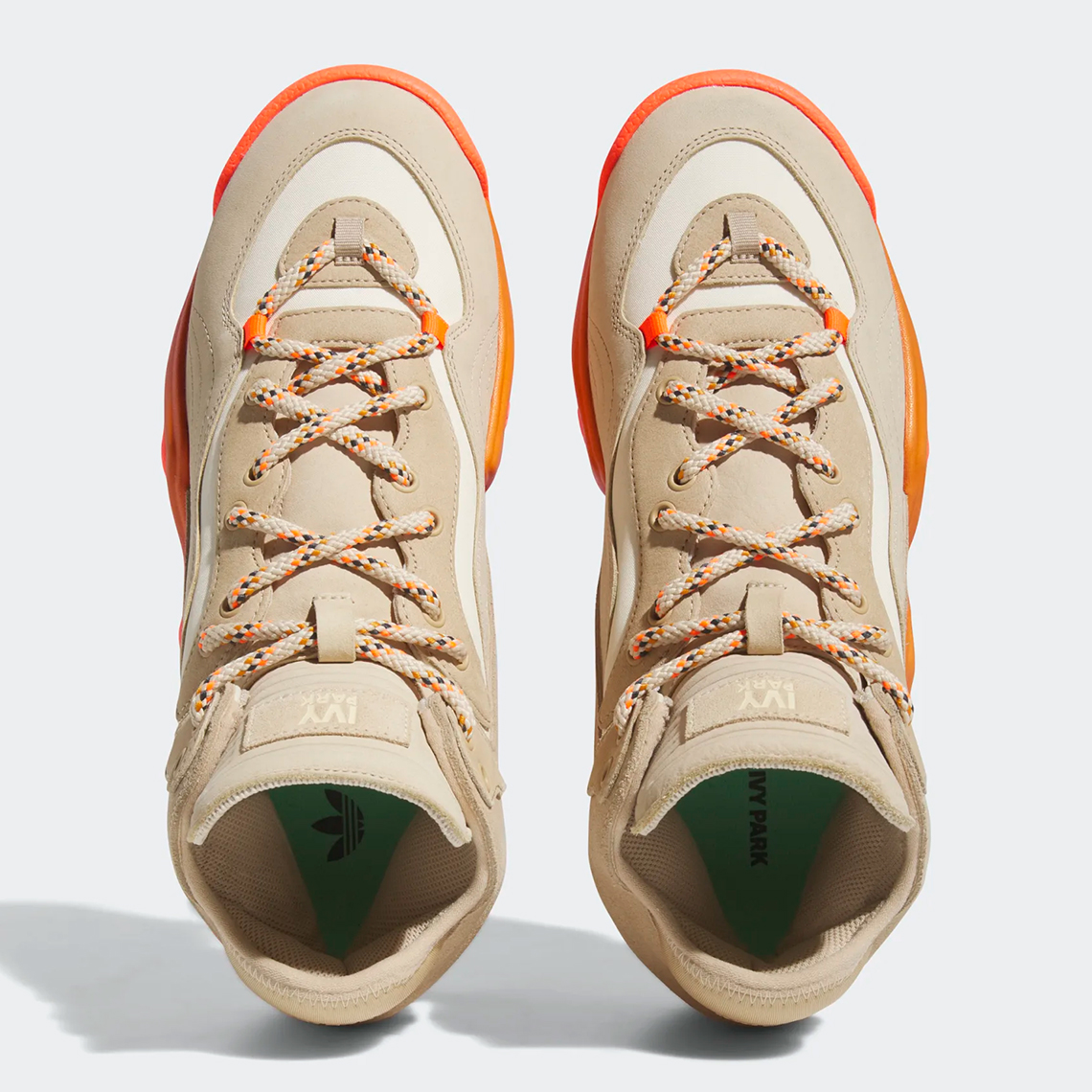 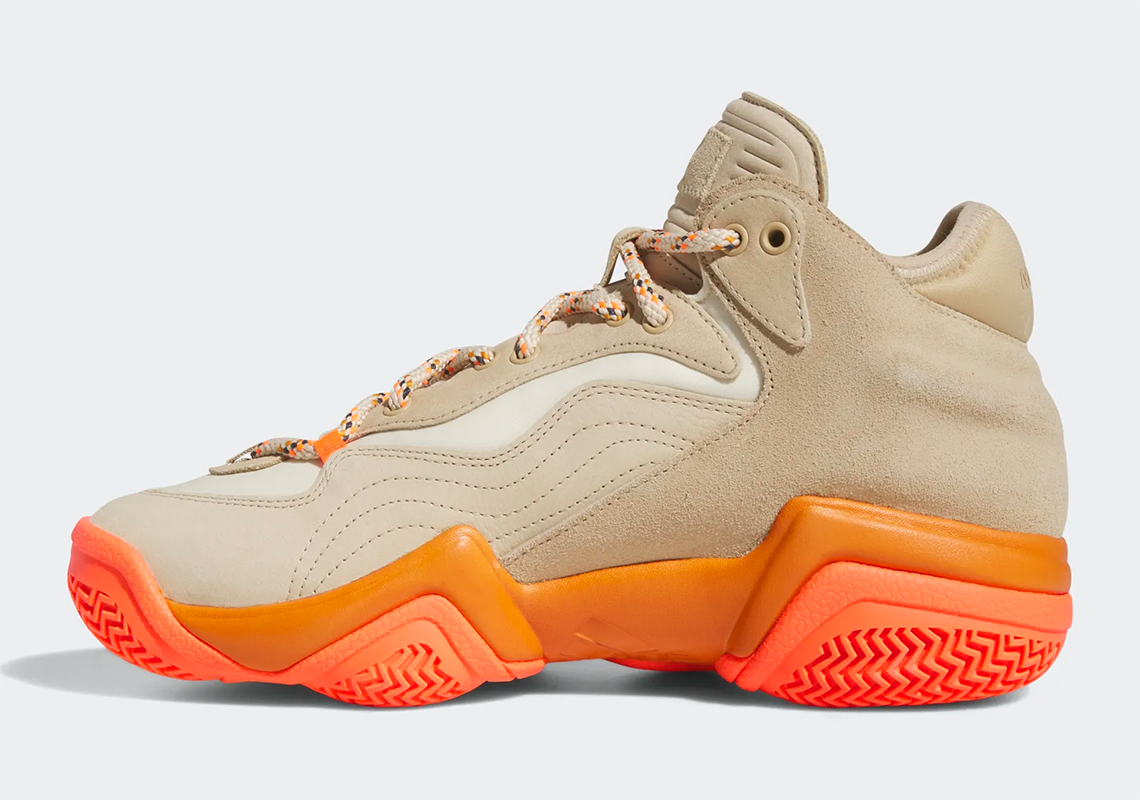 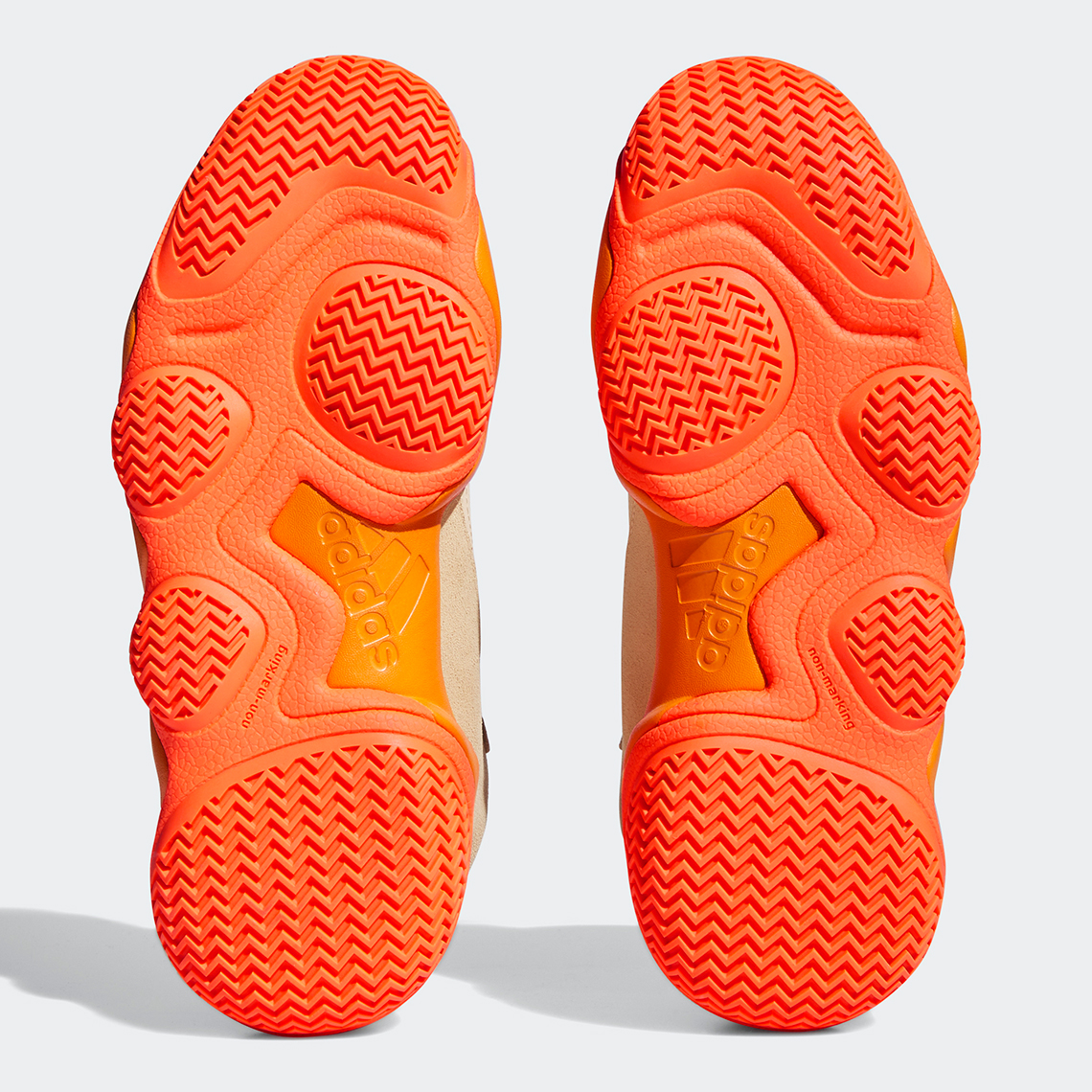 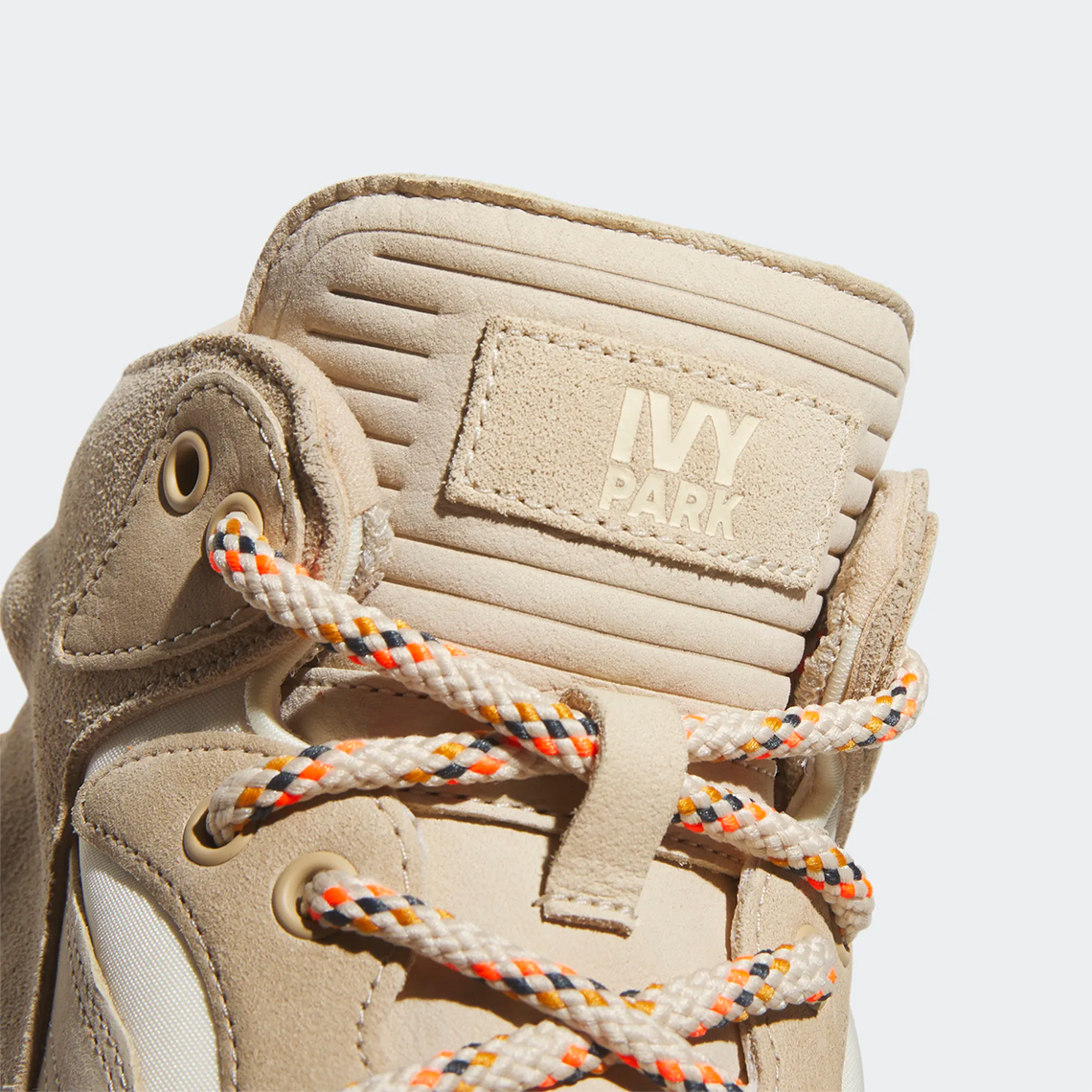