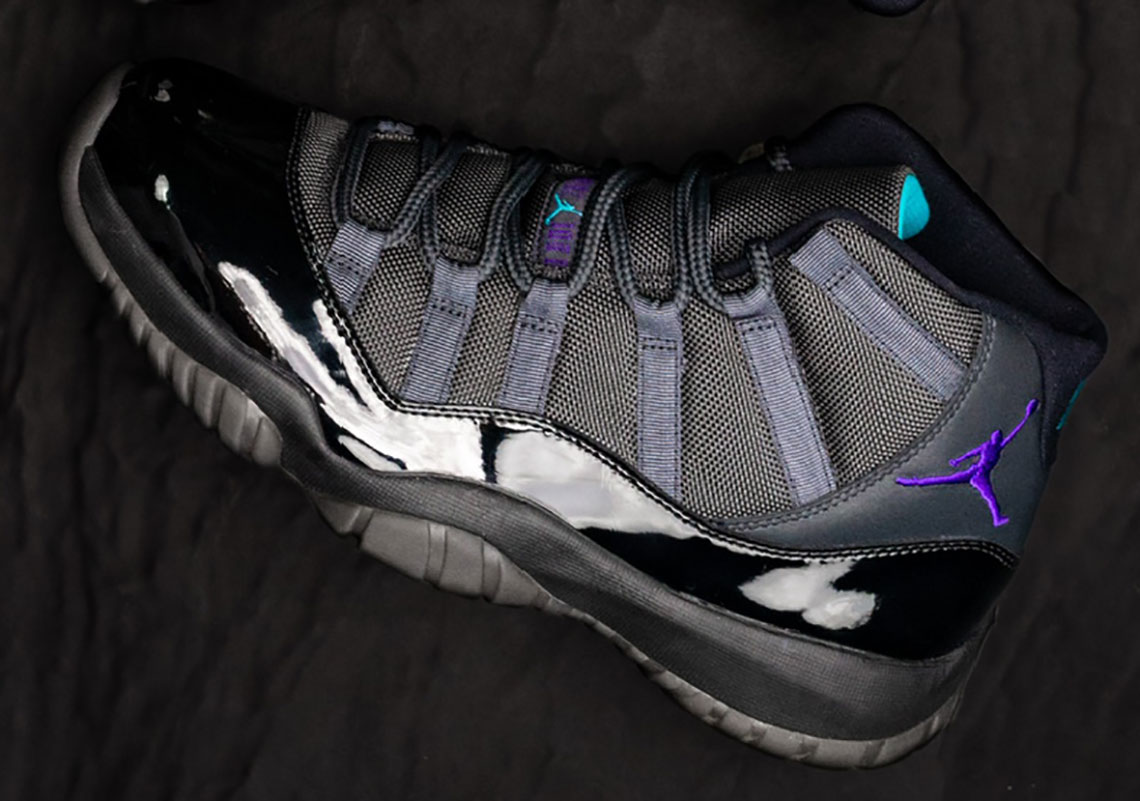 The Air Jordan 11 is beloved not only by MJ but also sneaker culture as a whole. And with the onset of a new year, speculation is at an all-time high, with sneakerheads making their best guesses for what colorway will land during the Holiday Season. Unfortunately — despite much outcry — rumors of the “Gamma Blue” returning later this year have been completely squashed. We can, however, find some bittersweet solace in the appearance of this unreleased alternate.

Compared to what hit the shelves, the Air Jordan 11 “Gamma Blue” Looksee Sample is a familiar offering, albeit with subtle tweaks to the various accents. Unlike its retail counterpart, this pair forgoes touches of yellow, substituting it for a dark, more Hornets-friendly purple. The titular “Gamma Blue,” of course, makes an appearance as well, highlighting the lining as well as the branding across the tongue and heel.

Rounded out with greyed laces and lace straps as well as a series of blacked out materials — patent, leather, mesh — this Air Jordan 11 “Gamma Blue” Looksee Sample will likely never come to be. We can at least enjoy the colorway vicariously through these images, which were provided by collector @englishsole. 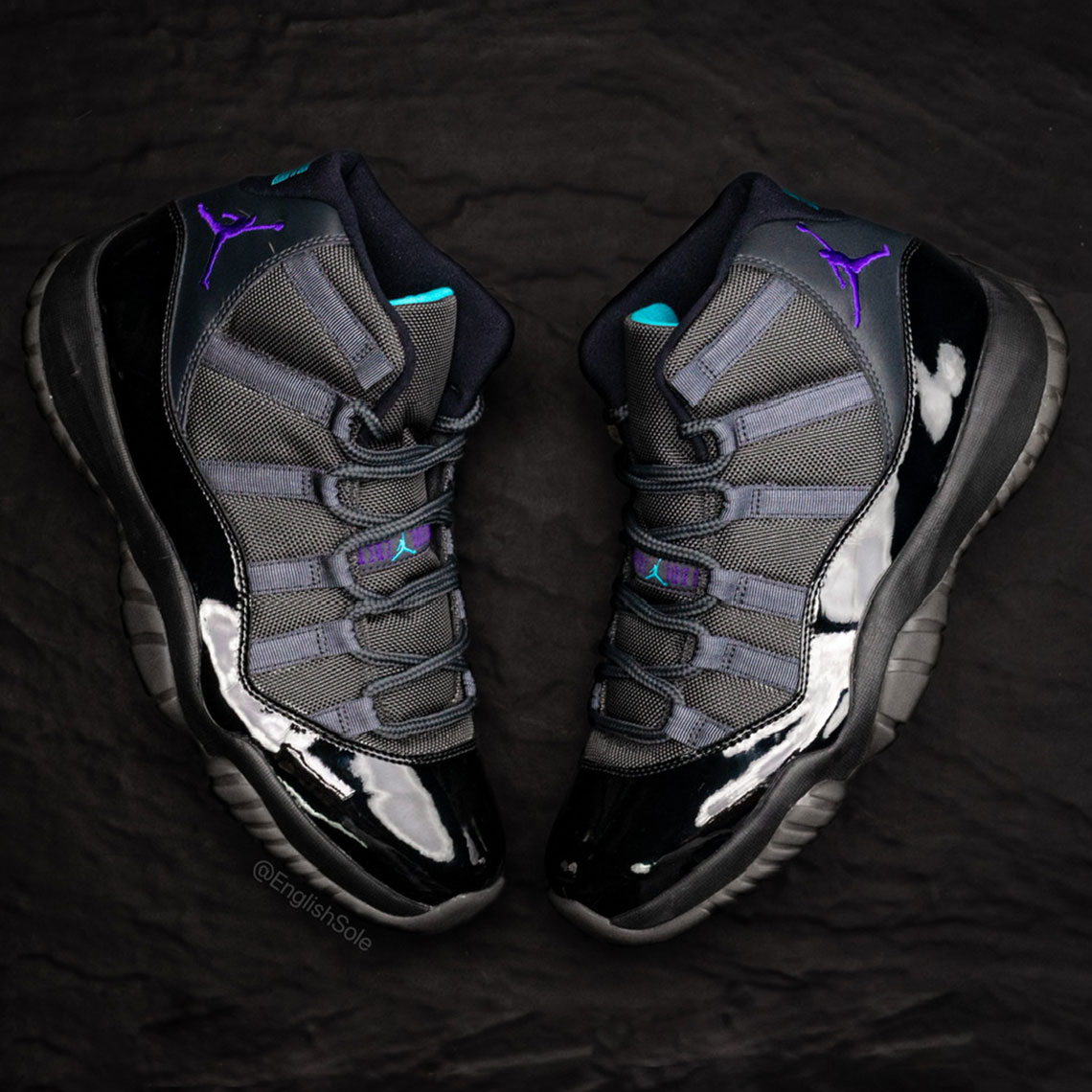 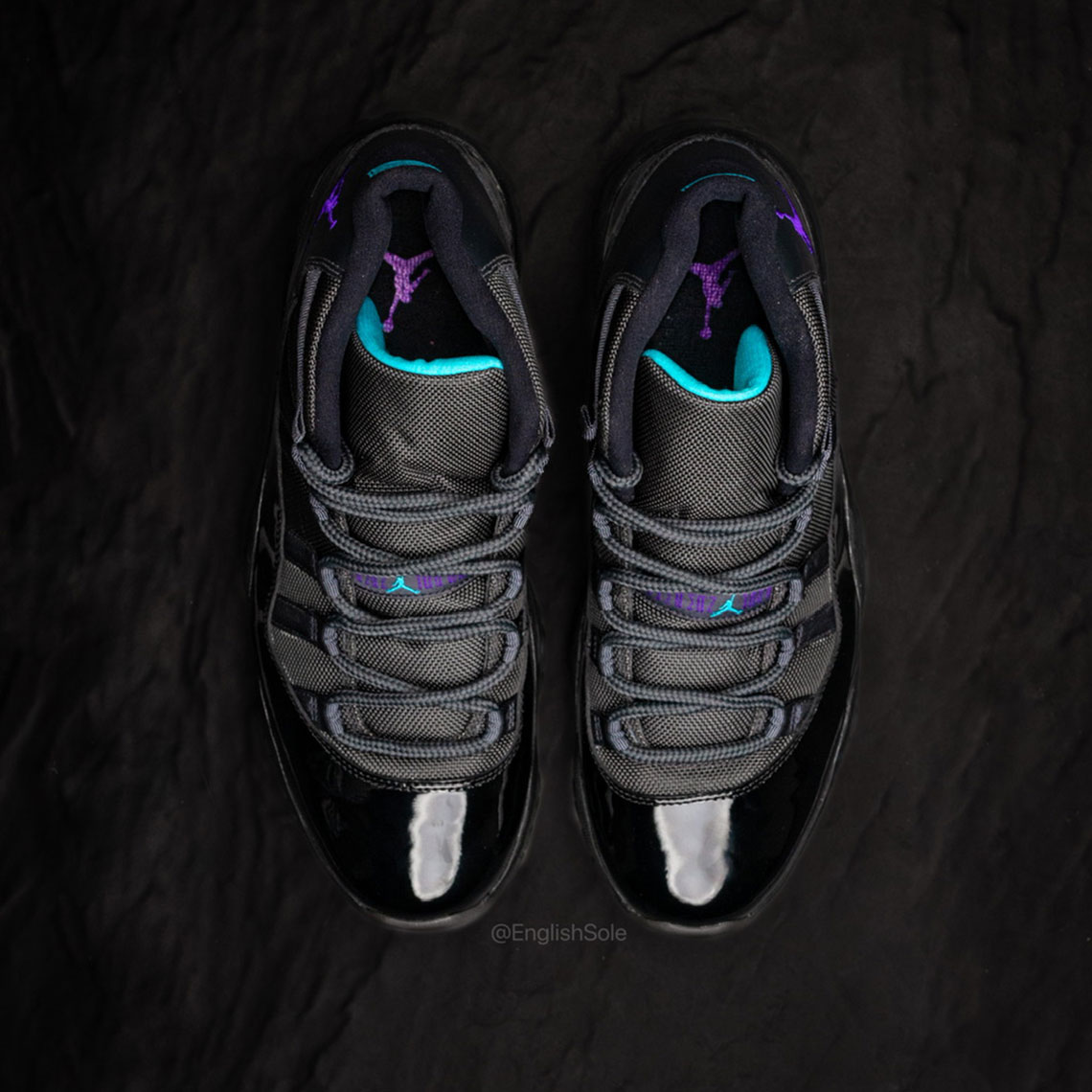 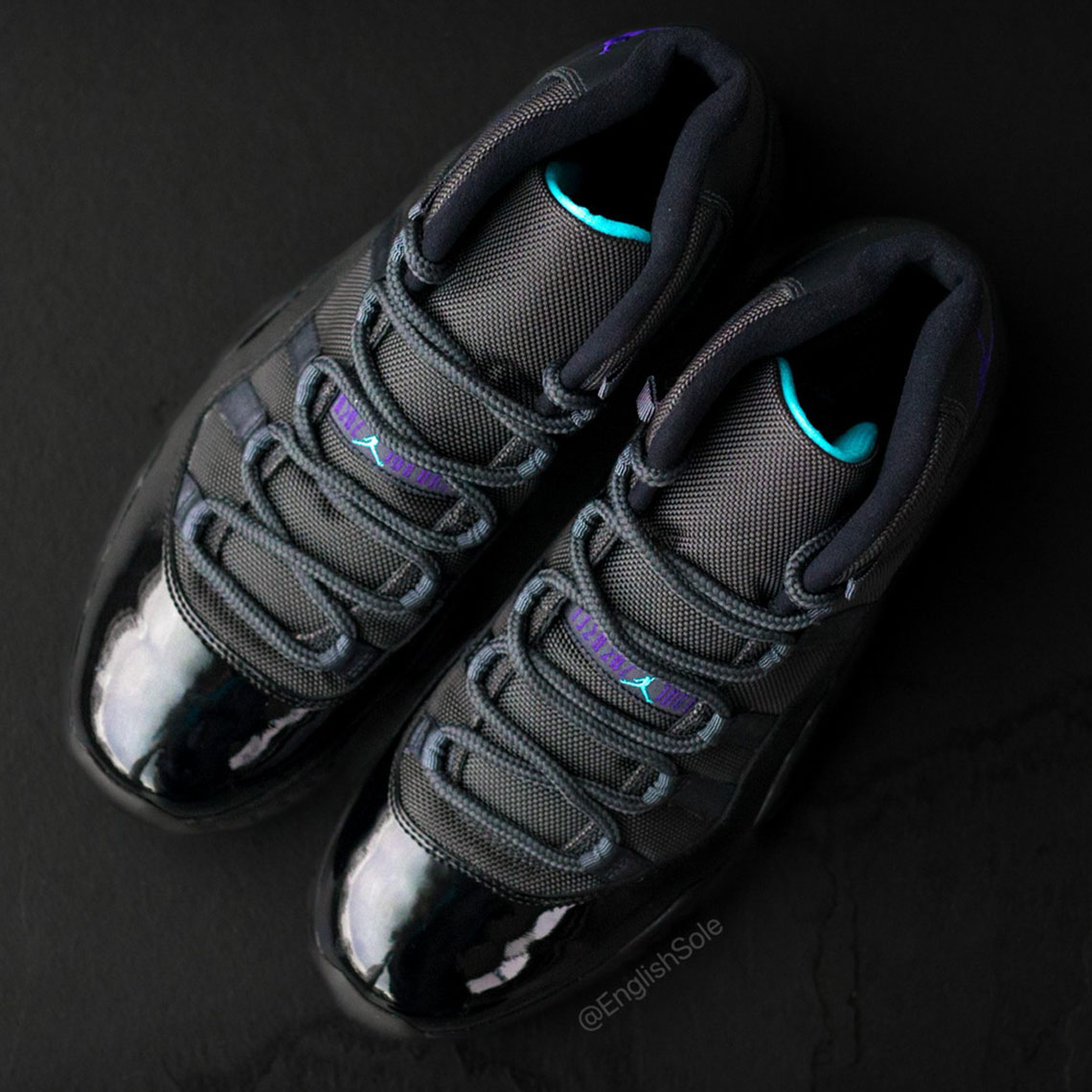 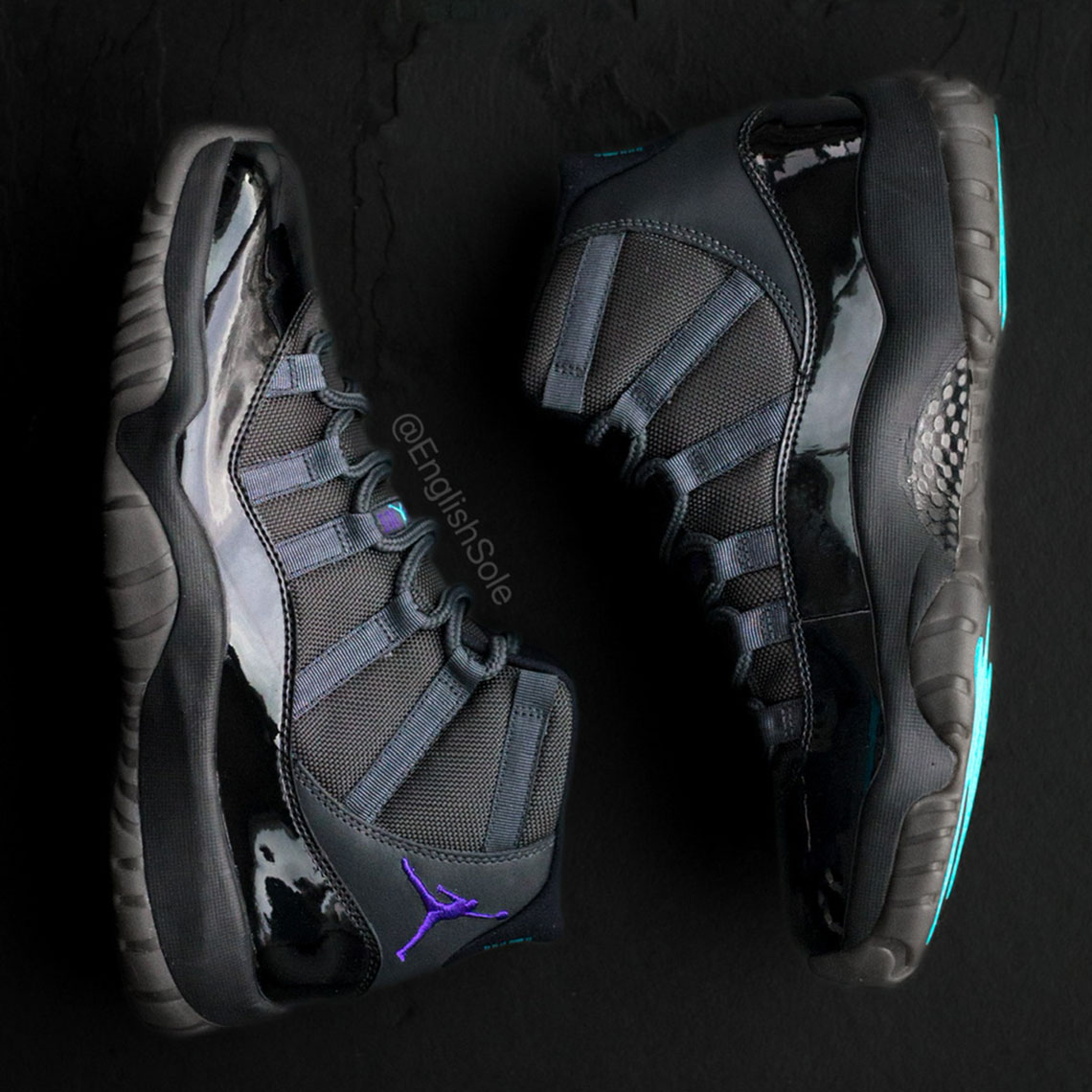 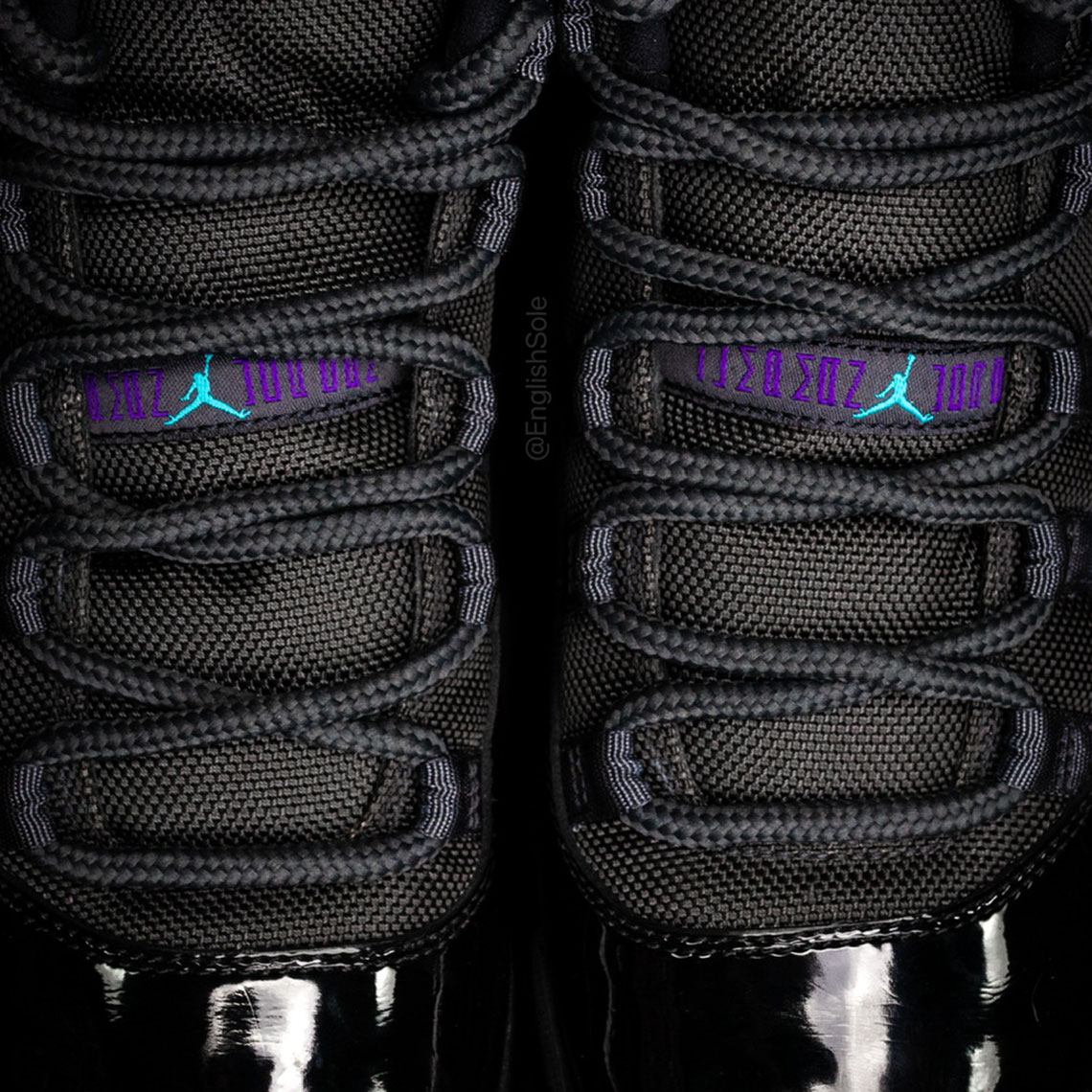 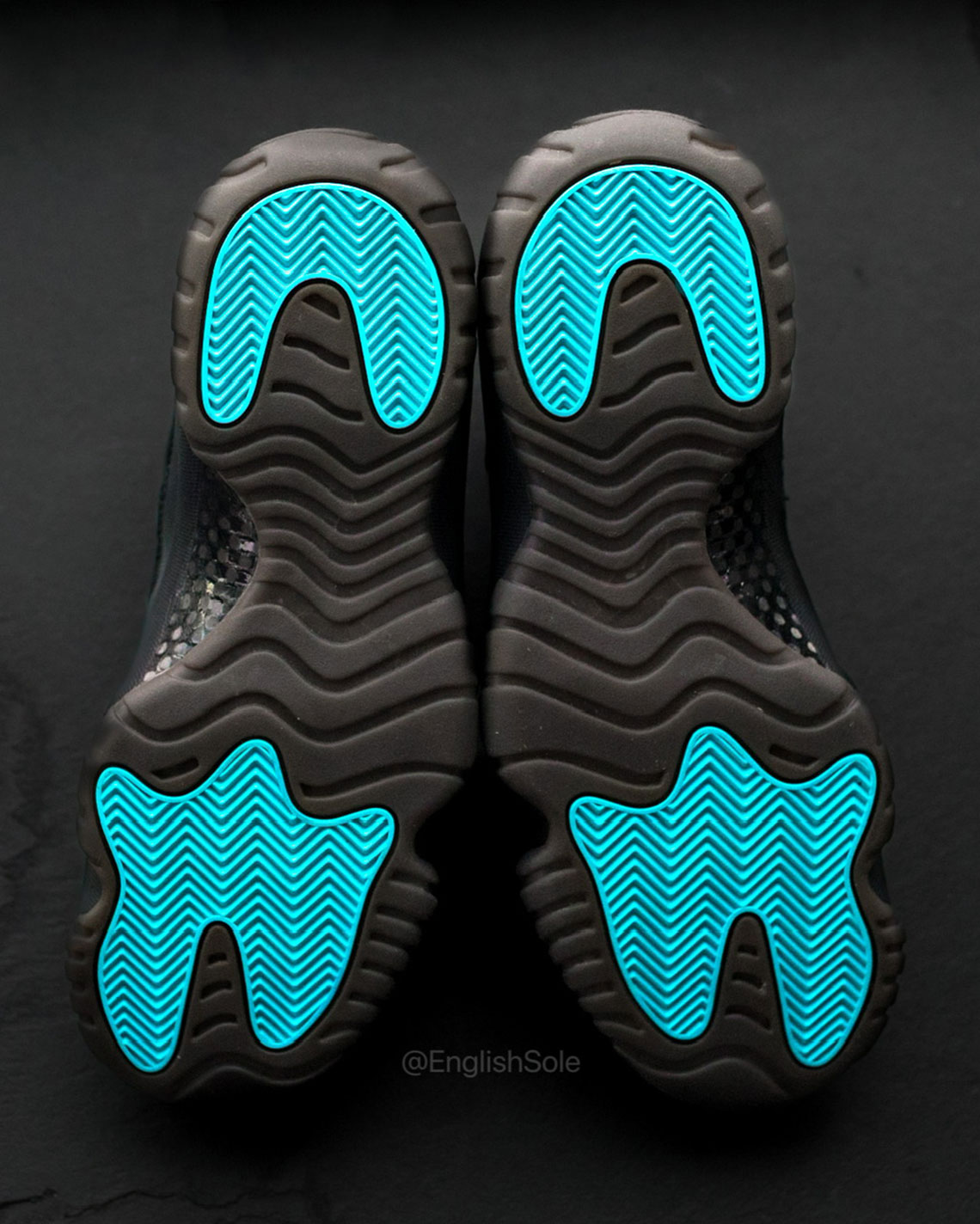 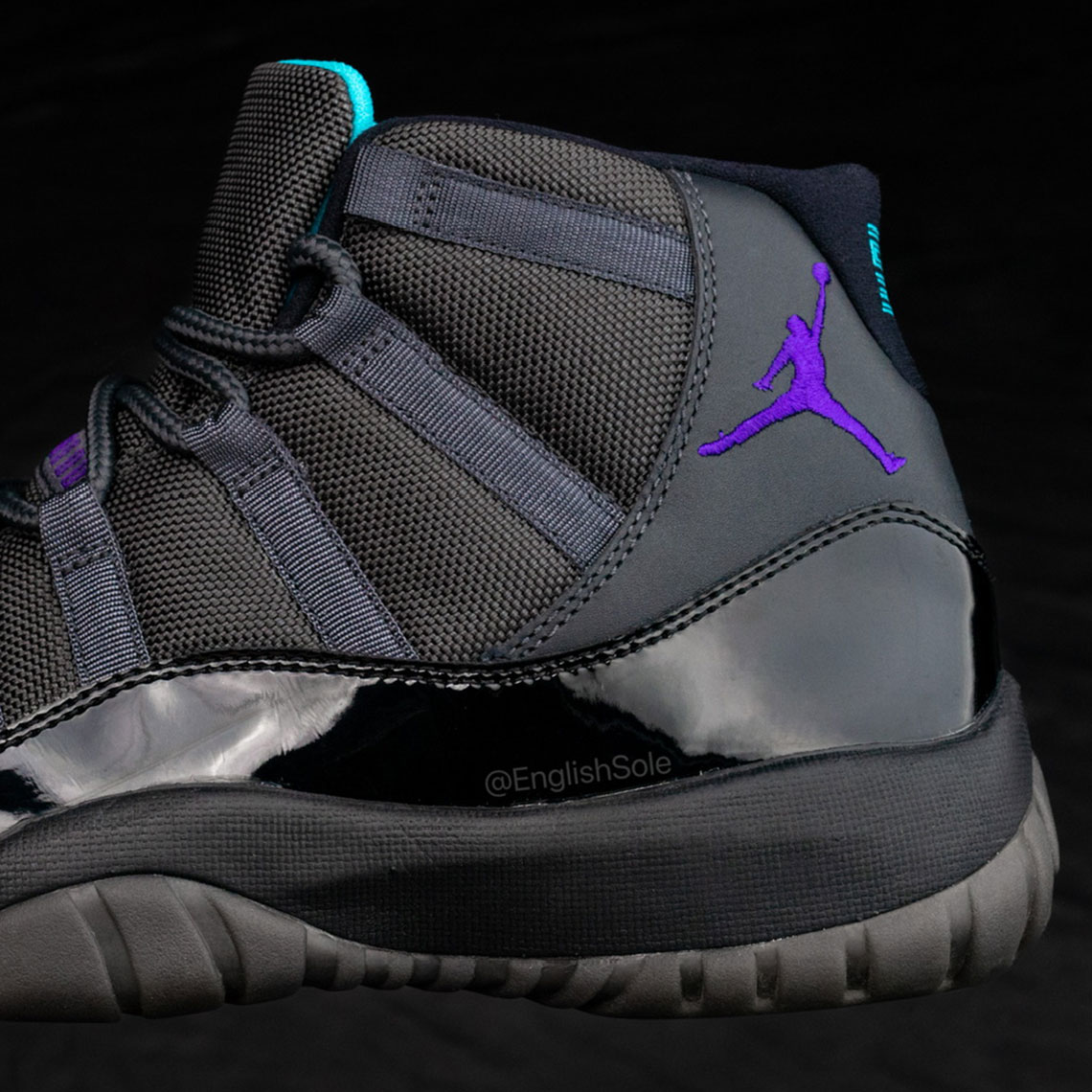 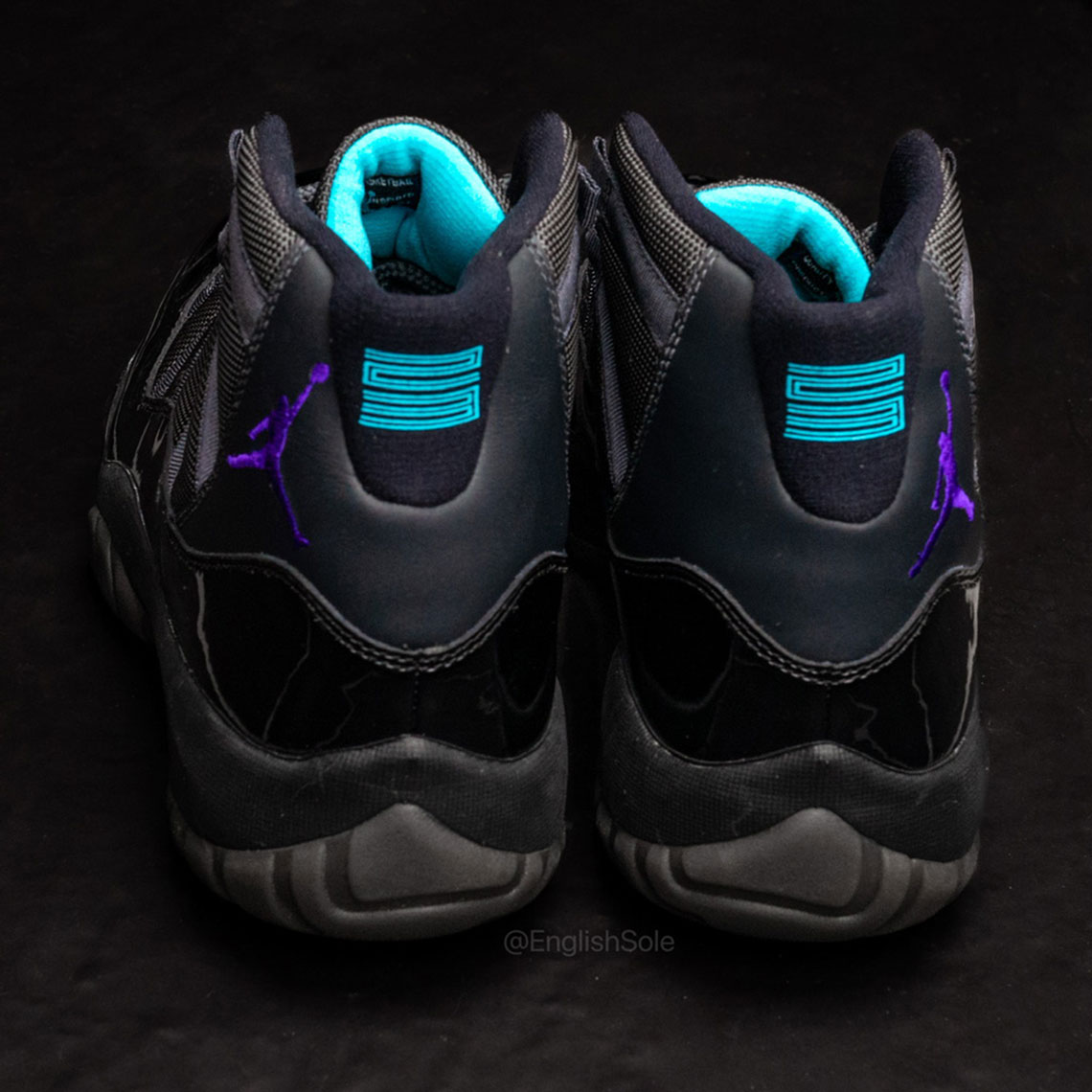 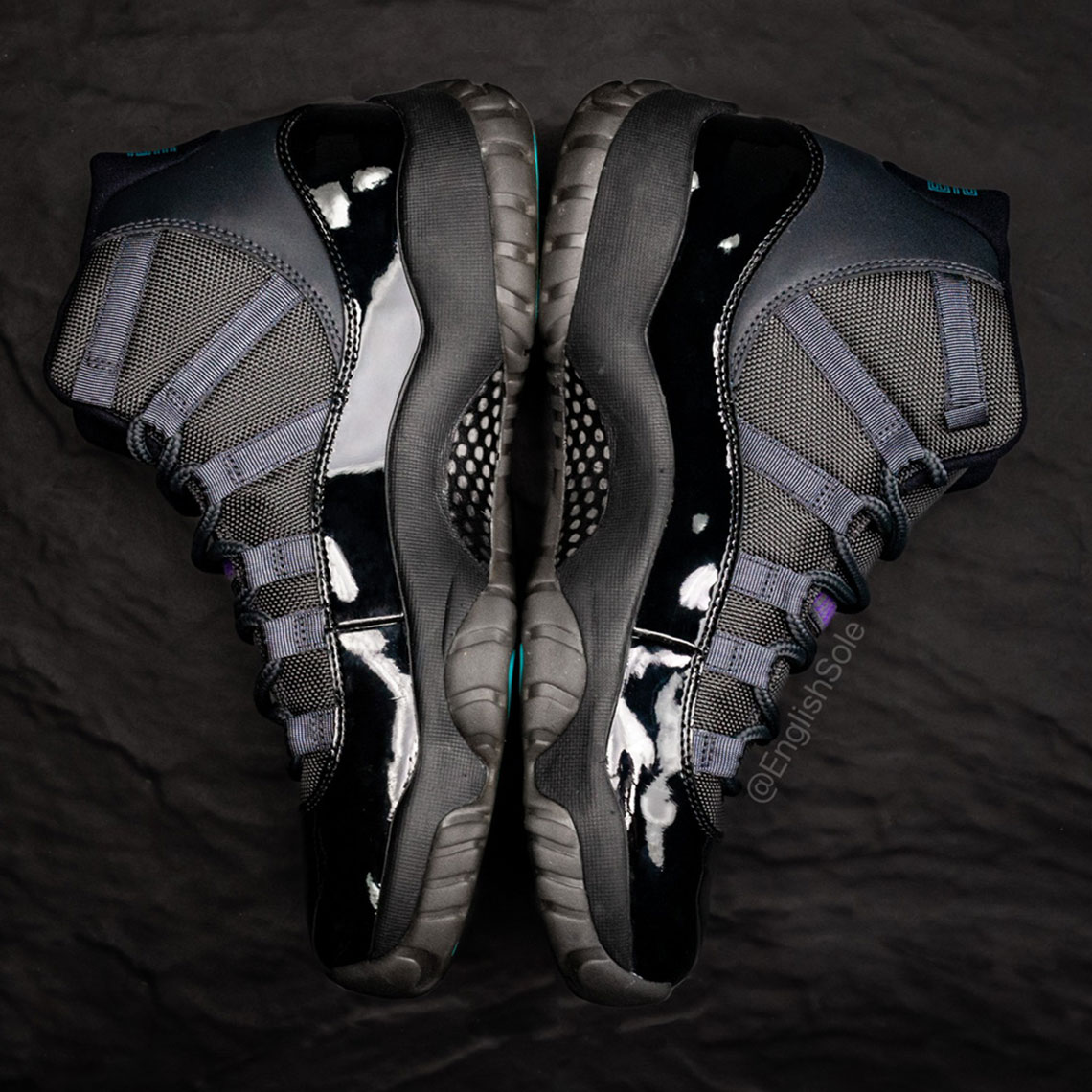 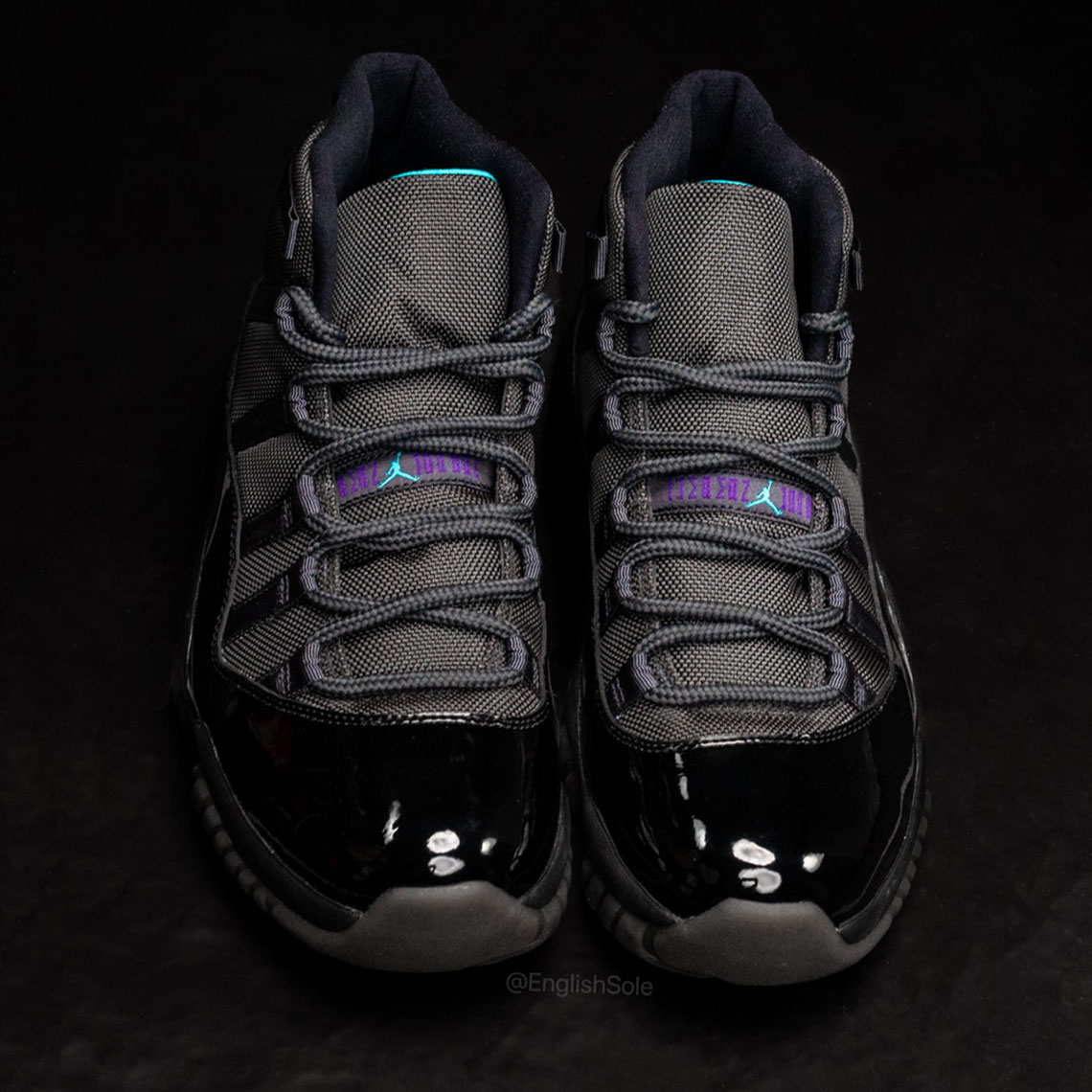