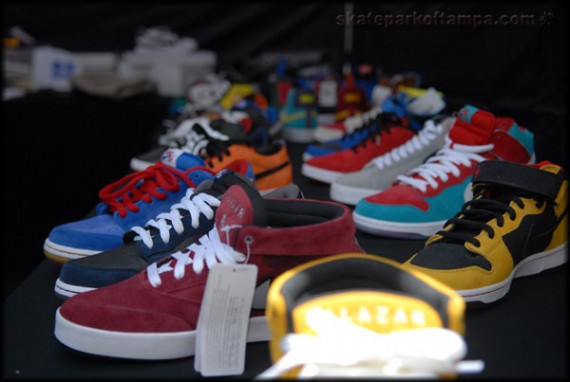 After the news broke of Eric Koston leaving Lakai for Nike SB, Koston fans and Nike SB heads knew it was only a matter of time before we saw a Nike SB shoe made for him. During the 2009 Skatepark of Tampa September Showcase, a number of upcoming Nike SB shoes were previewed for various skateboarders and spotted amongst them was this Dunk Low that many are speculating to be the first Eric Koston Nike SB shoe. In addition to the believed Eric Koston Nike SB Dunk Low, a number of other interesting sneakers from the Nike SB camp were spotted at the showcase including various Dunks, Blazers, Bruins, and the new Omar Salazar signature shoe. via NSB