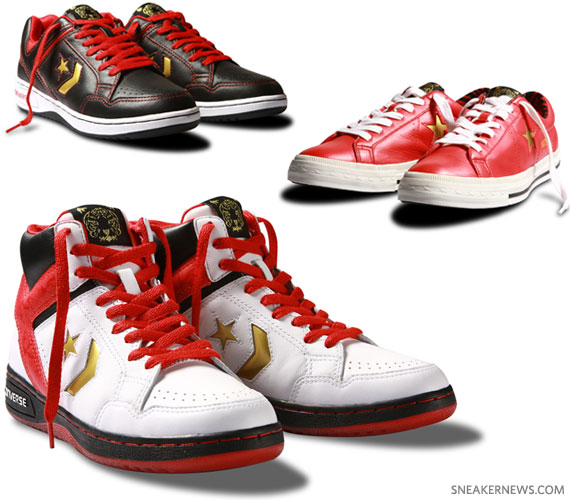 It may seem a bit redundant for brands to honor every Chinese New Year, but look at it this way- Asia has a lot of pull as far as the sneaker world is concerned. But more importantly, not only does each zodiac only occur every 12 years (enough time for ‘heads to disappear once the mainstream sneaker trend dies out, or even for new ‘heads to enter the game), this particular New Year has a serious significance, as the “Golden Tiger Year” only occurs every 60 years. Herego, Converse has gone all out for a commemoration. First up to the collection is the Weapon and One Star. Like most Asian-influenced packs, the colorways mix and match reds, white, golds and blacks. All of the footwear included in these packs seem to feature some high-quality leather, as well as golden Tiger embroidery on the tongues. Despite the Chinese New Year not being for another three weeks, the pack’s official launch is already in full effect, exclusively available in China. Via SF