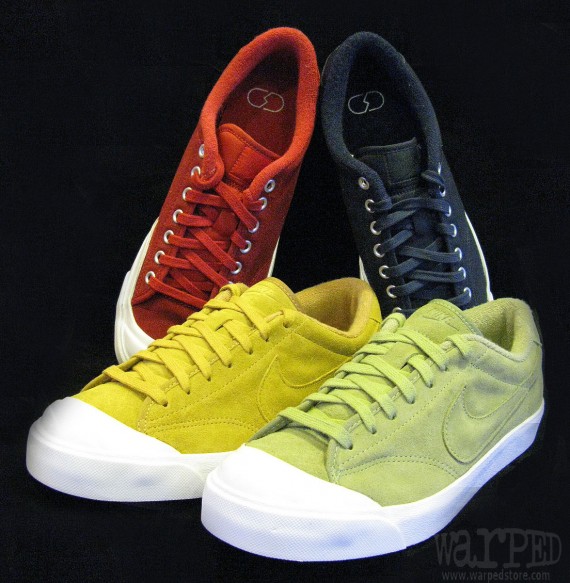 Nike and Hiroshi Fujiwara’s fragment design have teamed up once again to release a few exclusive colorways of the All Court Low. One year after bring the All Court back from the Nike Vault, fragment design and Nike Sportswear have released four new colorways of the All Court Low. The Navy and Red colorways are set for a Tier 0 release and feature a canvas upper that has no apparent Swoosh on the upper, additionally the fragment design logo is featured on the insole of each shoe. The other two colors include a Green colorway and a Mustard Yellow colorway which feature the use of a soft suede on the upper and Swoosh. These All Court Low’s will be released at select Nike Sportswear accounts worldwide in the upcoming weeks. via Warped