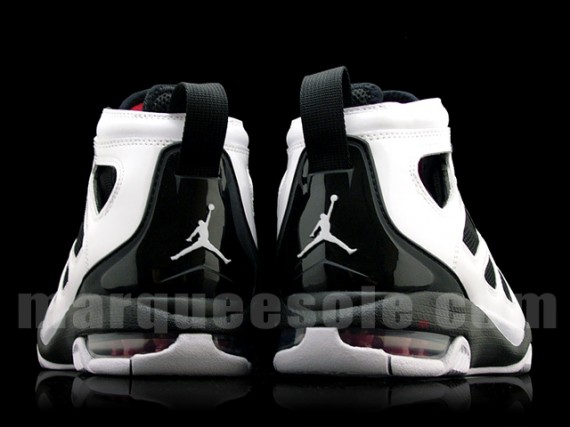 A new model anticipated for Fall 2010, this was actually included in the catalog preview we did back in December.  The Jordan AIRS mixes aesthetics of popular Air Jordan silhouettes with some tough looking tooling.  Not necessarily the paneling per se, but the outline of the shoe almost look like an AJ X or XIII, while the silo of the midsole looks like an Air-less Jordan IV.  Of course it has its own distinctive tooling, featuring die-cut leather overlaying a mesh sock-like liner.  Another nice little touch is having the sole’s treads sneak up into the profile of the midsole.  It’s no surprise that we see the first colorway debuting in white/black and red; typical of Jordan marketing.  Tentatively set for a July release, MarqueeSole has a few select sizes already.