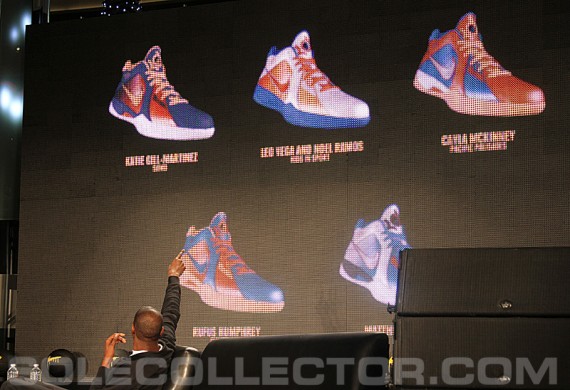 We’ve known for some time what to expect from Kevin Durant in terms of 2011 NBA All Star Game sneakers and during an ASG-related appearance in Santa Monica, we got a good look at another special upcoming colorway.  The Nike Zoom KD III just popped up on NIKEiD earlier this week and Durant had his choice of five different fan-designed pairs for the next time he’ll be playing in Los Angeles.  “The joints in the middle,” Durant pointed as he chose Leo Vega and Noel Ramos’ solid effort that combines a white overlay with solid blue sole and orange-to-yellow gradient in between on the Flywire panels.  Did Durant make the right choice?  Click through for a better look at the special Zoom KDIII that Kevin Durant will wear on April 10th when the Thunder travel to Staples Center to challenge the Lakers in what could prove to be a pivotal game for playoff seeding.  via SoleCollector 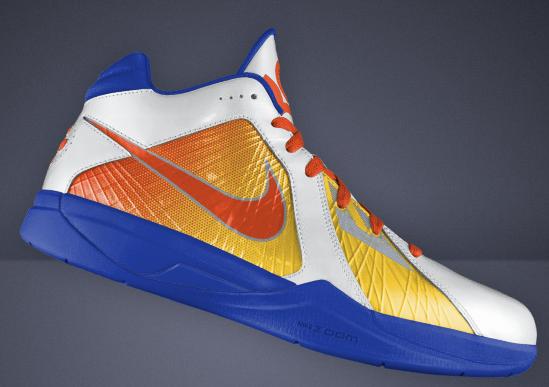 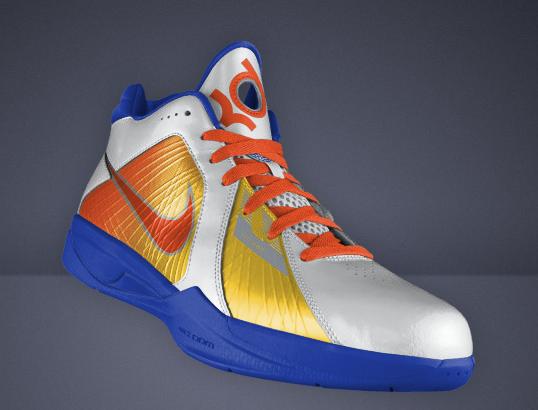 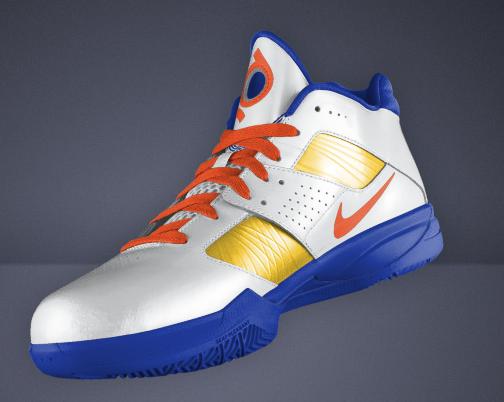