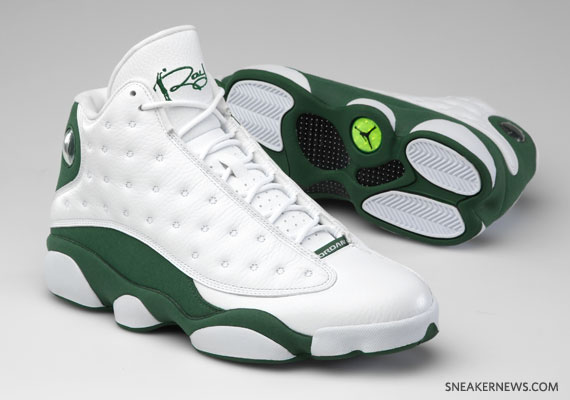 Even for the most organized and structured person, things just don’t go as planned. Take Ray Allen for example, who never considered himself a three-point shooter, but rather a quick slasher and penetrator who would make an NBA career out of scoring from close-quarters. Instead, he became the greatest three-point shooter of all-time, eclipsing Reggie Miller’s NBA record and likely compounding the 2,612 long-range buckets he’s amassed by the end of the 2010-11 season. The longest-tenured Jordan Brand athlete was rewarded with a special PE colorway of the Air Jordan XIII, featuring a White and Celtics Green colorway and his trademark PE logo on the tongue. That visual package was later confirmed to be an attainable shoe, as Jordan Brand has plans to release these in limited quantities on July 23rd, but SoleFly, the Jordan Brand-affiliated sneaker shop in Miami, will release them in limited number tomorrow as a part of its special 1-year anniversary release event, so if you were lucky enough to attain one of the raffles for the limited kicks or would like to head out to SoleFly for the anniversary party anyway, hit up SoleFly tomorrow! 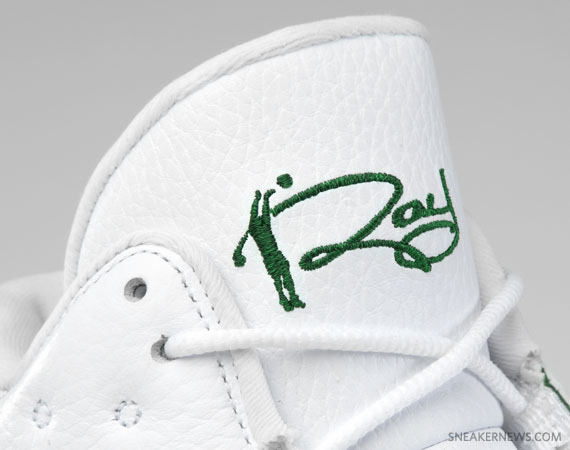