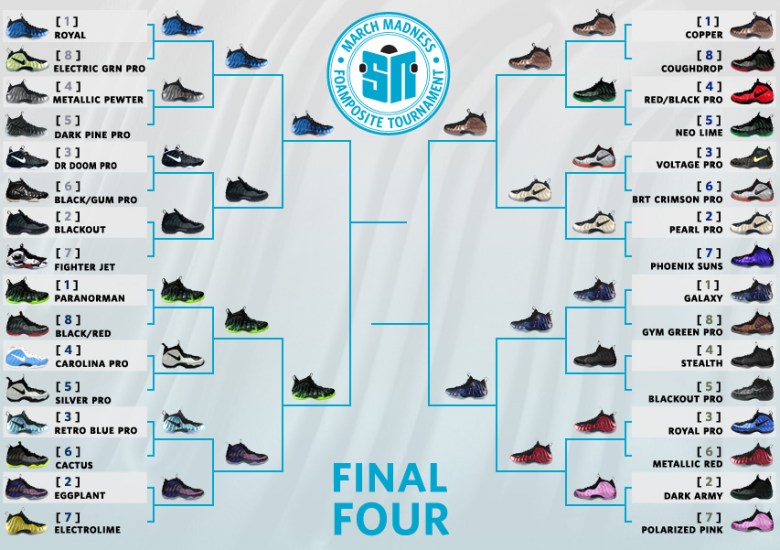 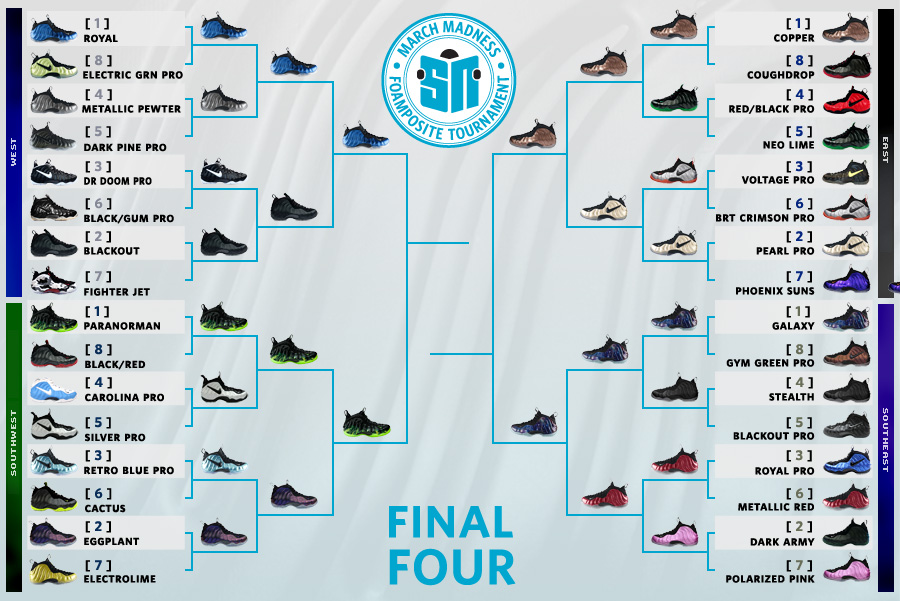 The Sneaker News March Madness Foamposite Tournament kicked off a few weeks ago and with each passing week, we took a giant leap forward toward naming the greatest Nike Air Foamposite sneaker of all-time. We’ve reached the iconic round of four finalists otherwise known as The Final Four, and quite honestly, the results aren’t too surprising as all four #1 overall seeds in their respective regions had made it this far. We’ve got all the results from the Elite 8 voting if you’re curious to see just how dominant each shoe against its opponent, so take a look below and stay tuned for the Final Four voting tonight at 9PM EST.

The OG Royal dominates in convincing fashion as it moves to the Final Four – as expected.

Perhaps the toughest match-up of the Elite 8 turned out to be a blowout win for the Coppers, leaving the last Foamposite Pro in the dust.

The power of ParaNorman proved to be too strong to the Eggplants, which many believed had potential to pull off an upset.

Galaxy does it again as it beats out the Metallic Red with ease.