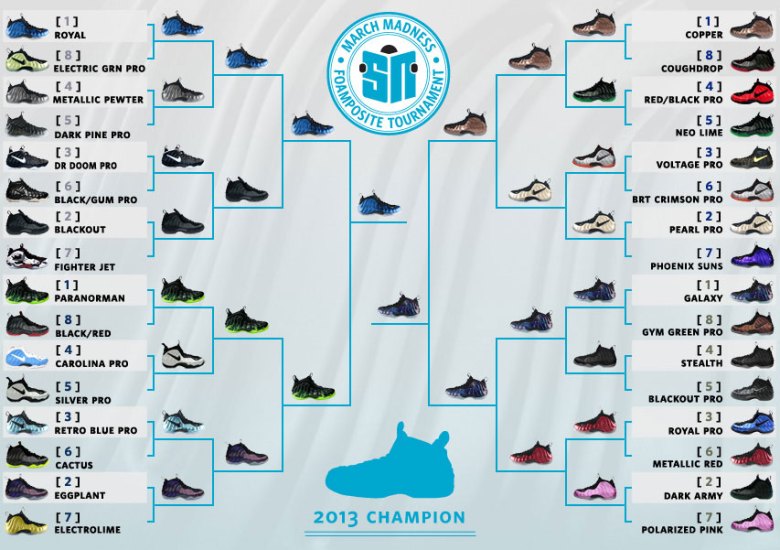 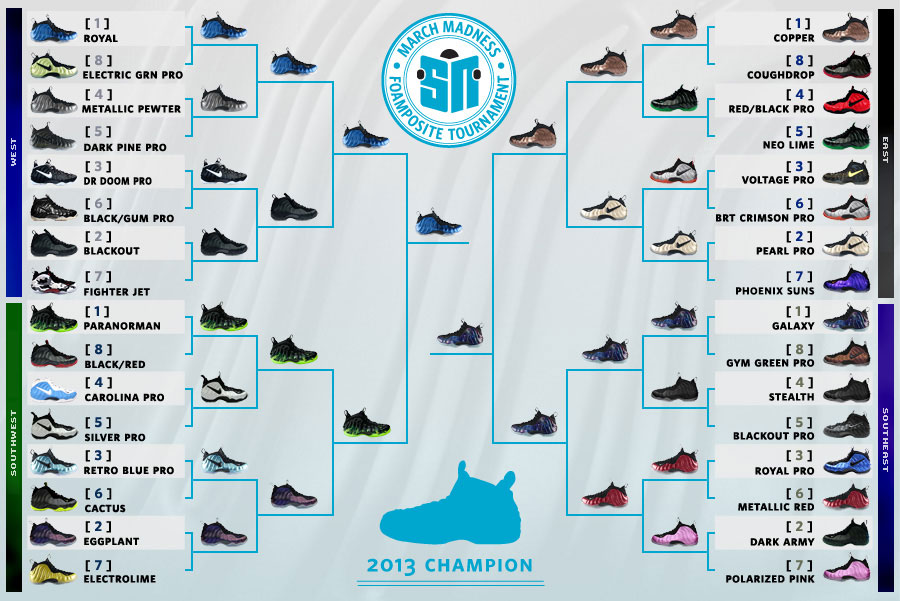 For the fourth year in a row, the Sneaker News staff went on a weeks-long search for the greatest sneakers in specific categories, reaching out to our loyal readers with a tournament-style feature with the goal of whittling down thirty-two candidates to one sole winner. With Foamposites being such a hot item over the last few years, the category for the 2013 Tournament seemed like a given, and with thirty-two great Foamposite releases to choose from, it truly seemed like it was anyone’s game. Although there were a few tight races and surprising upsets on the way, four #1 seeds reached the Final Four, and the Championship battle was a face-off between the two undoubted polar opposites of the Foamposite spectrum – the original “Royal” and the game-changing “Galaxy”. We’ve come to a final conclusion for the tournament here, and we can say with confidence that result is one we can roll with! Before we continue, we’d like to thank all of our readers who participated – it was as fun for us as we hope it was for you. So without further ado – the winner of the Sneaker News March Madness Foamposite Tournament is… 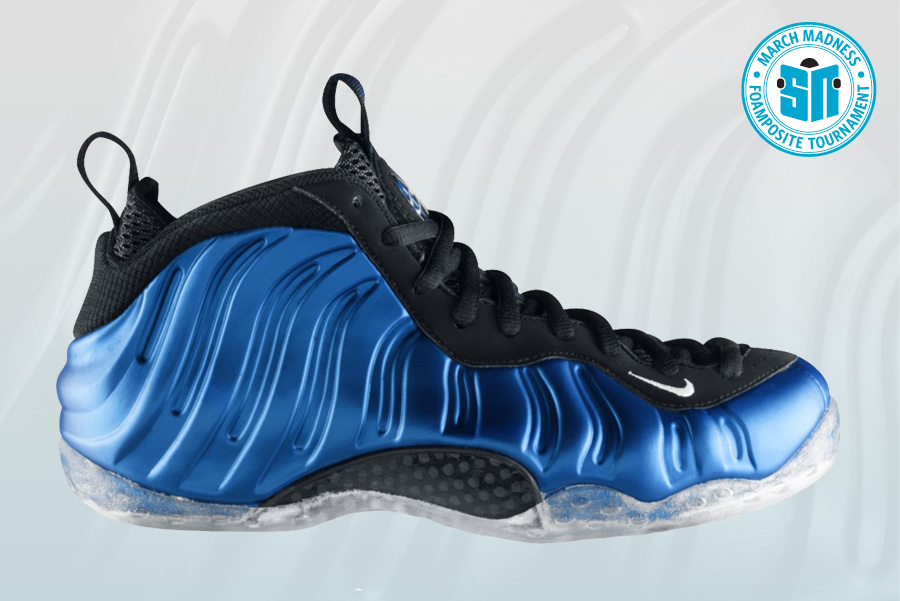 Congratulations to the “Royal” colorway of the Nike Air Foamposite One for winning the Sneaker News March Madness Foamposite Tournament. Despite being a #1 overall seed, there was some anticipation that the trendier “Galaxy” colorway would beat out the original, but the readers have spoken and crowned the OG as the best of all-time! Let’s get the discussion going on this result that may or may not be surprising, and thanks to all who participated! 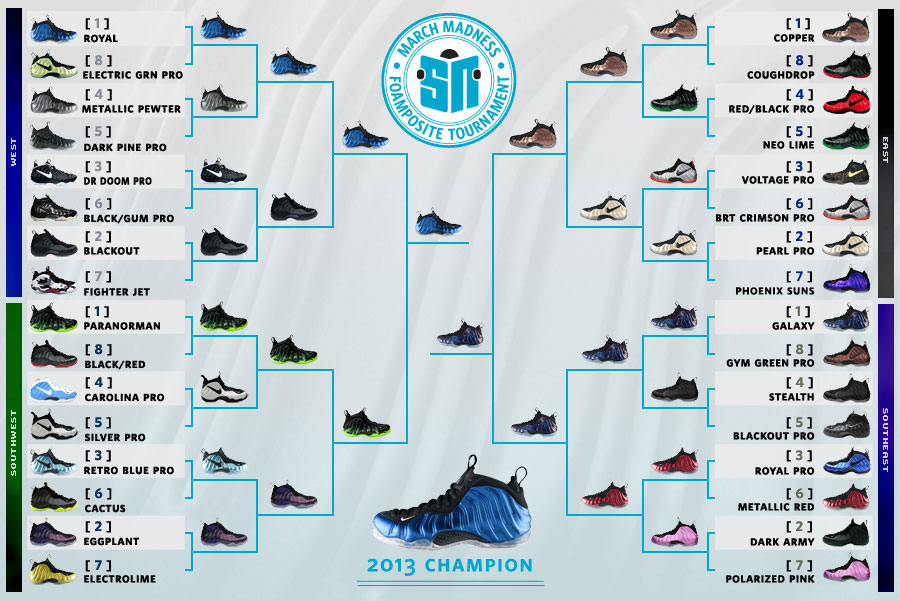