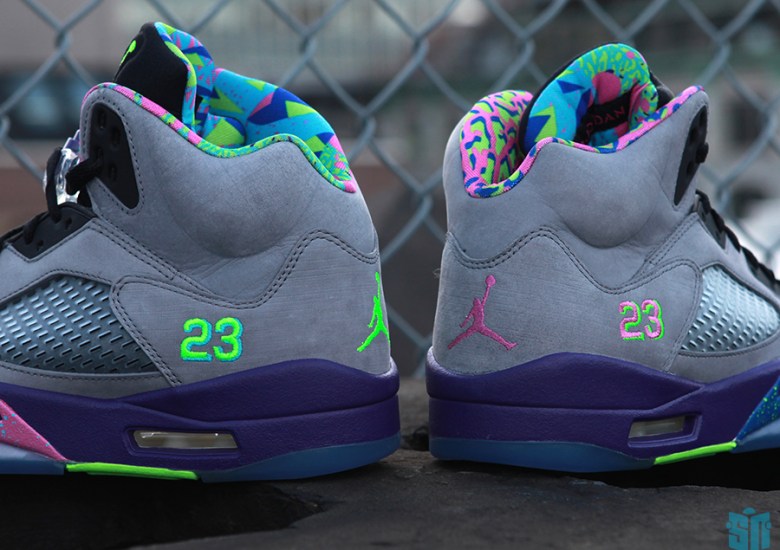 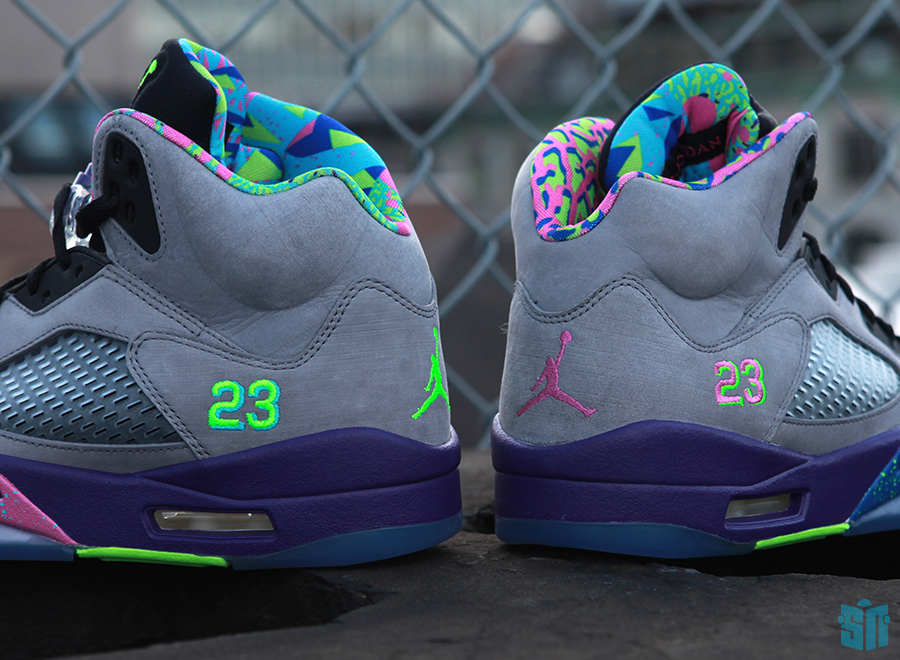 How do you successfully create brand new versions of a sneaker that’s 23 years old? As of late Jordan Brand has been more and more dedicated to the story telling aspect of their various retro offerings. In 2013 we had that timely release of the Air Jordan III ’88 Retro on the 25th anniversary of Michael’s legendary Dunk Contest performance in those shoes. Last year the Air Jordan IX “Kilroy Pack” built off the Johnny Kilroy persona to create six separate sneakers revolving around the idea of alternate personalities for Michael Jordan. Earlier on in the same year they served up an Air Jordan IV in an old-school Cleveland Cavs colorway as a nod to “The Shot” that was put up in the face of one Craig Ehlo. Since the Air Jordan line is such a cultural phenomenon, there are plenty more stories to tell beyond those of Michael’s actions and achievements in the shoes, but this upcoming release points to a specific era of influential  fashion and style that even the most modern trends can’t seem to shake.

This brand new Air Jordan 5 release is one that takes a look at the rich history of Jordan Brand in a completely different context. The colorway in place is oriented to the decade that they arrived in and the colorful prints and patterns most closely associated with those times. Keep in mind that the Air Jordan 5 could often be spotted on the feet of many more celebs than just Mike, causing them to also be linked in peoples’ memory with a couple of actors of the day and their associated projects (Which is the origin on the unofficial “Bel Air” nickname in this case). The innards of the shoe feature some West Coast inspired graphics that stick to the florescent end of the spectrum, with the outer planting plenty more of those tones into the accents that pop off the cool grey upper. See the Air Jordan 5 “Bel Air” in all its asymmetric colored glory with us after the break and stay tuned to Sneaker News for continued advance looks and beauty shots of all of Jordan Brand’s most relevant releases.

This Air Jordan 5 will release on October 5th, 2013, at select Jordan Brand retailers. 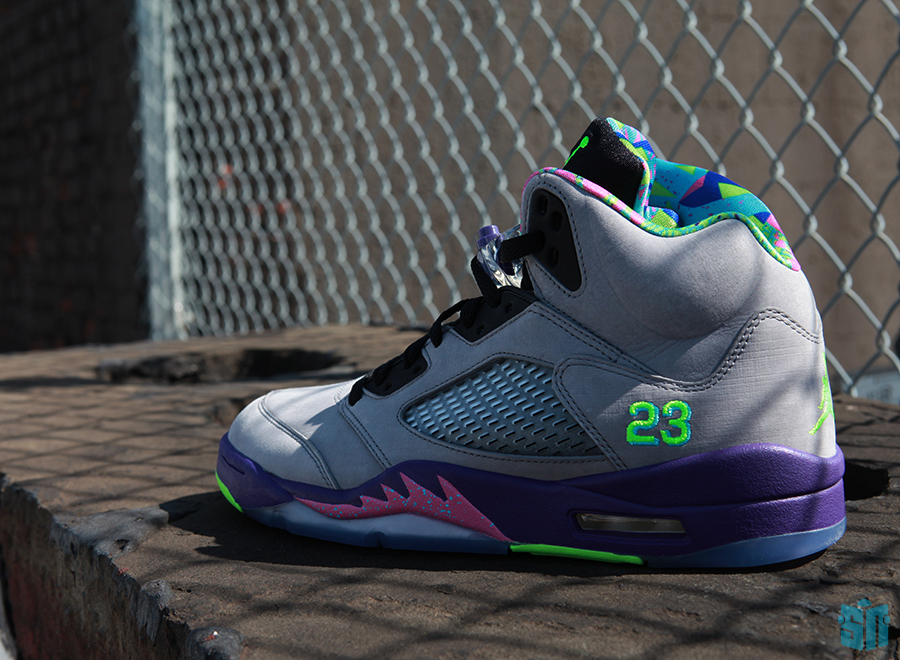 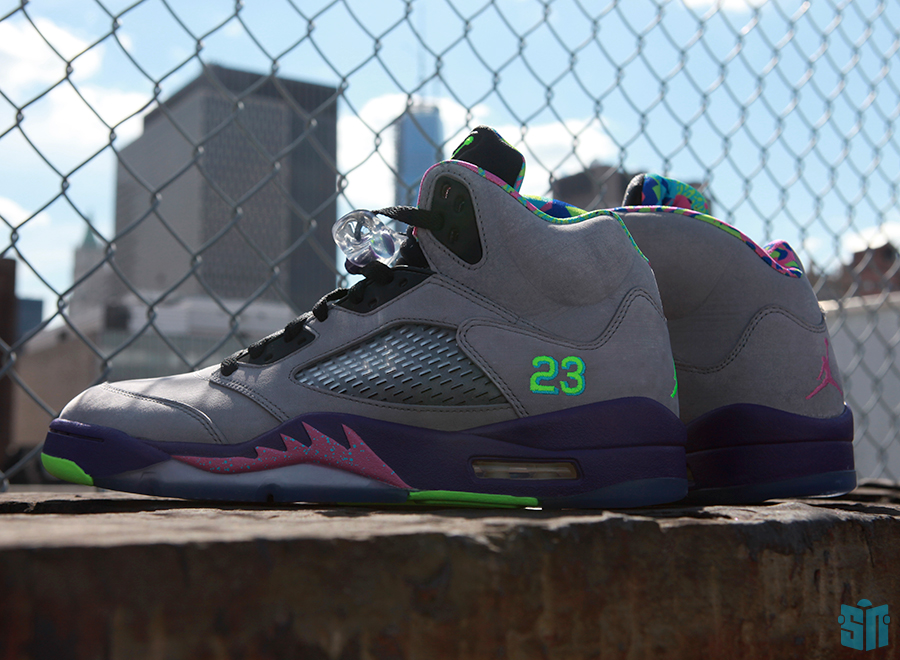 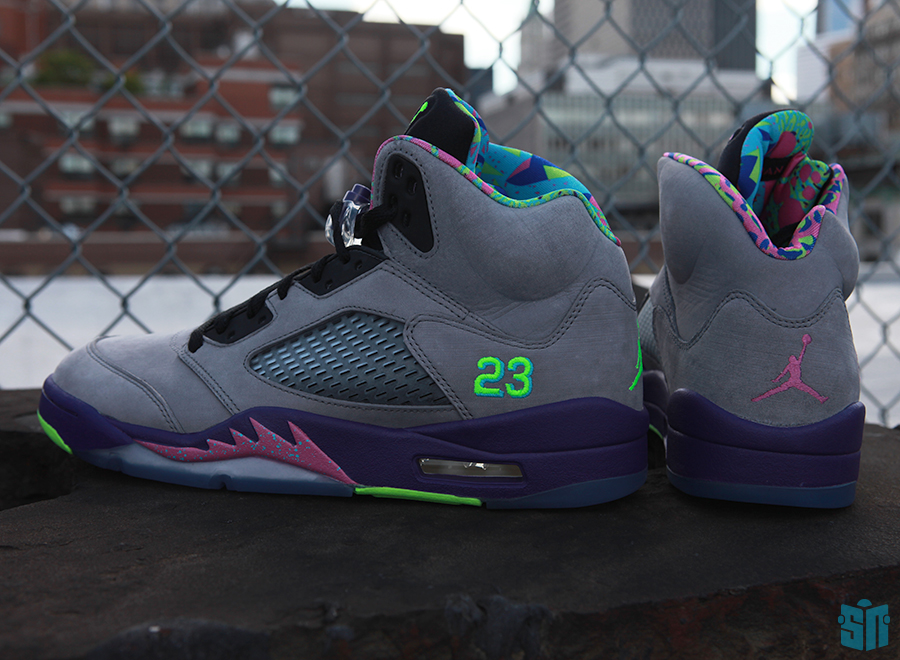 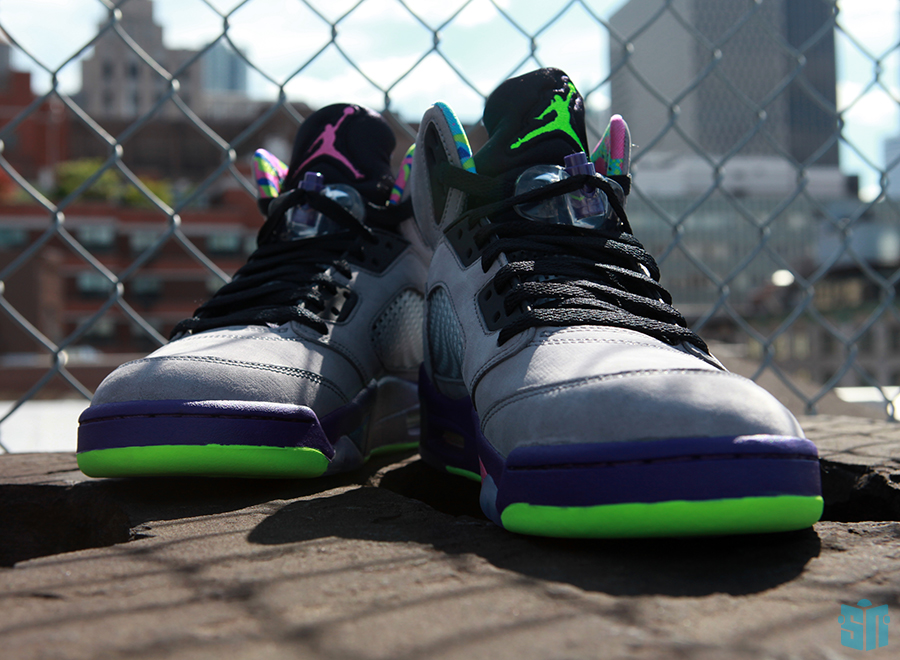 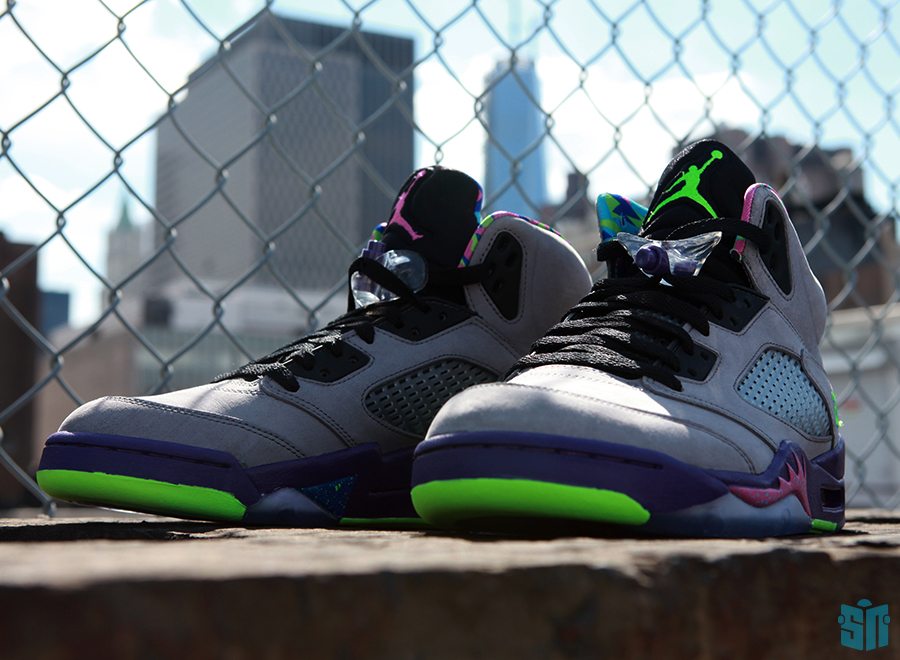 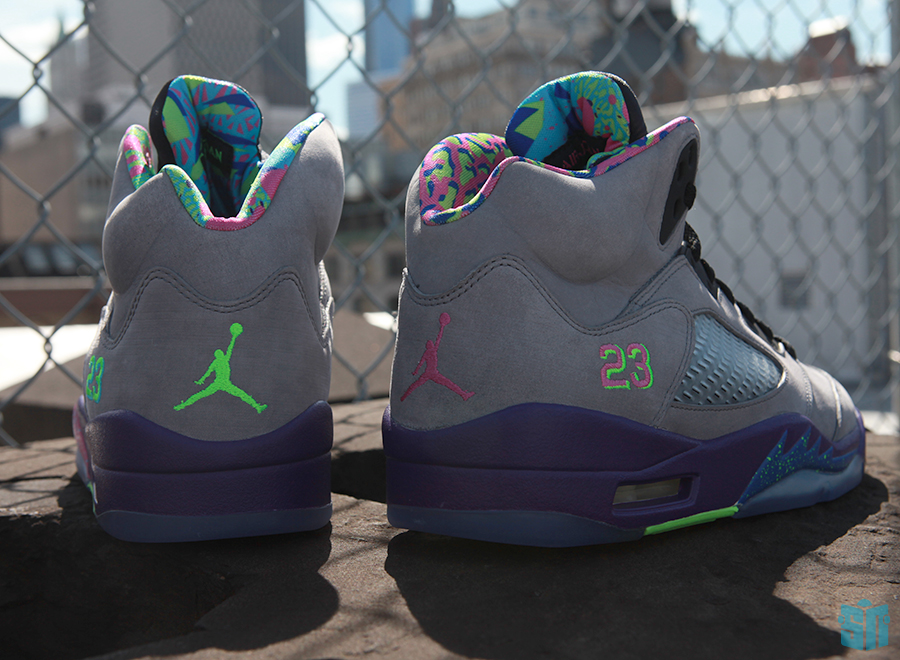 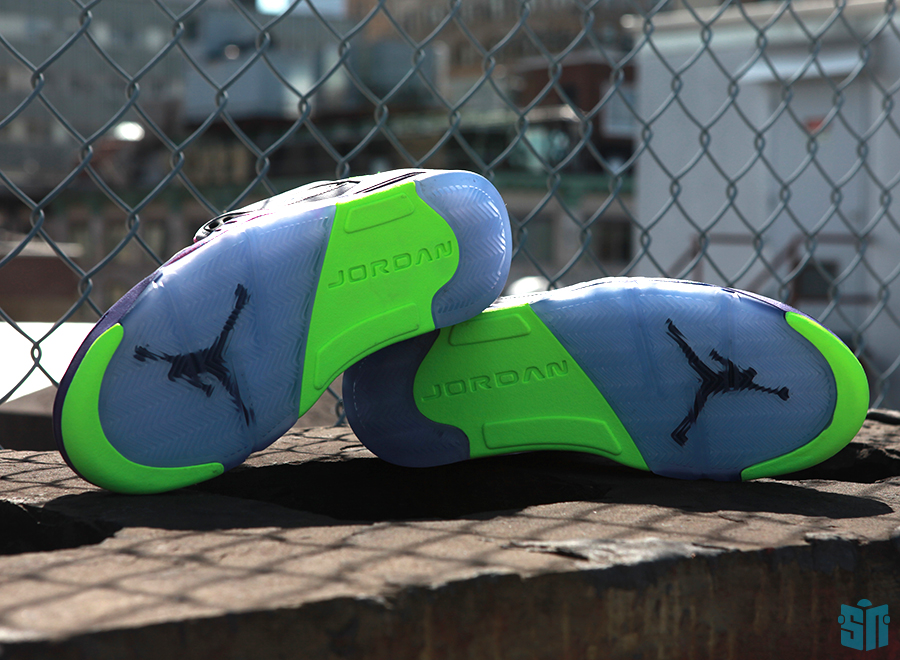 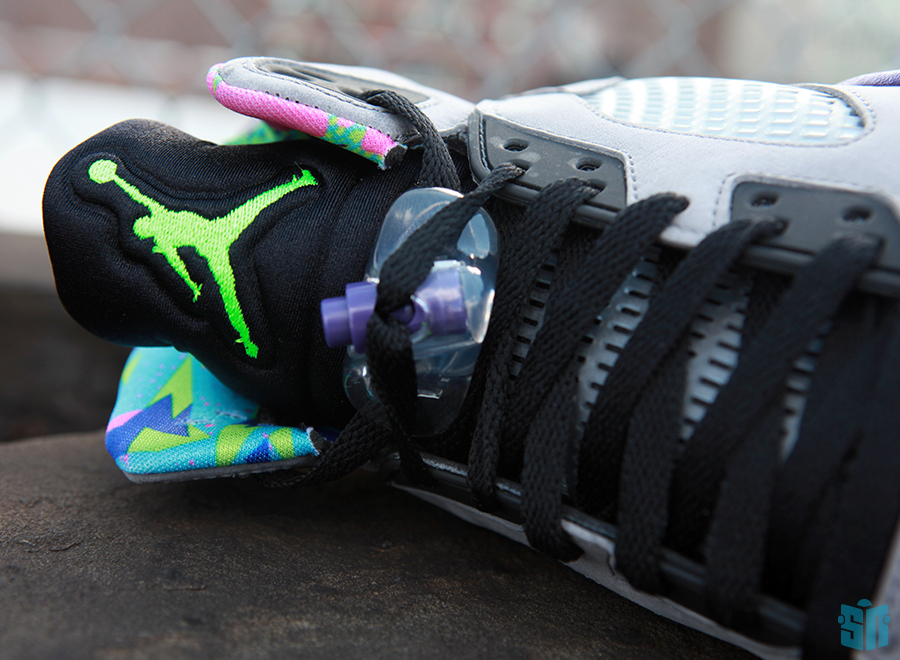 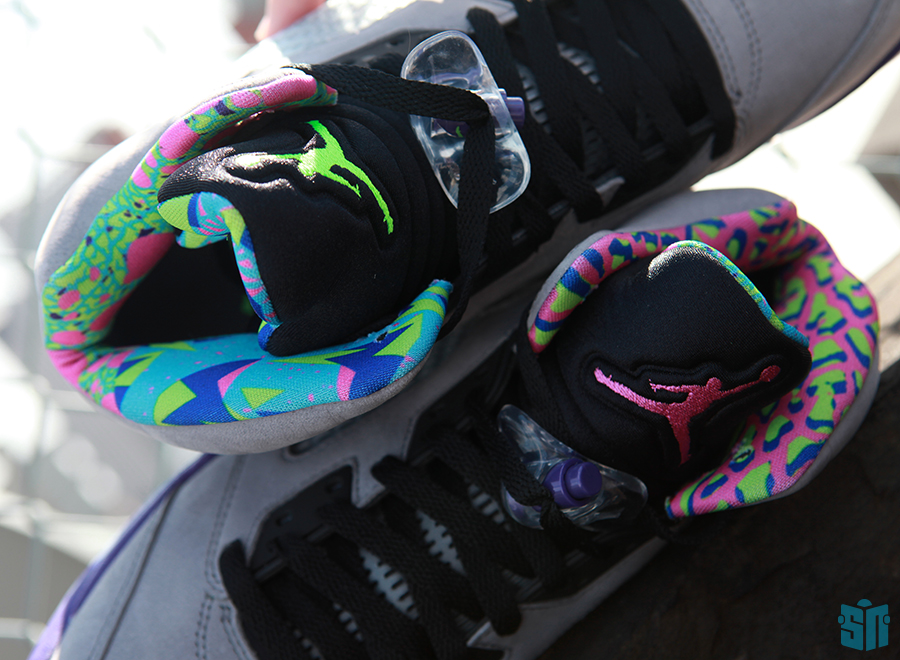 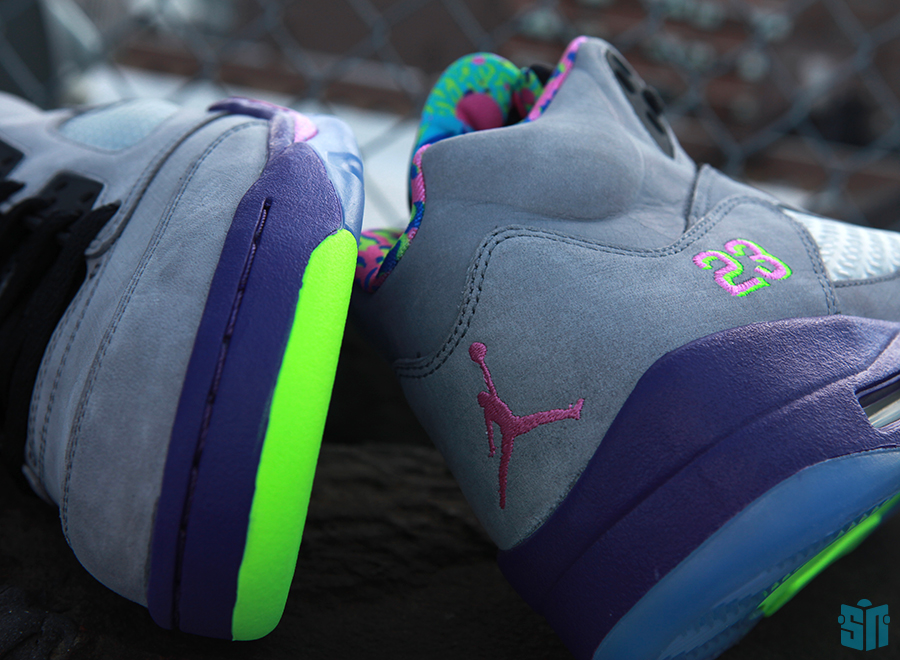 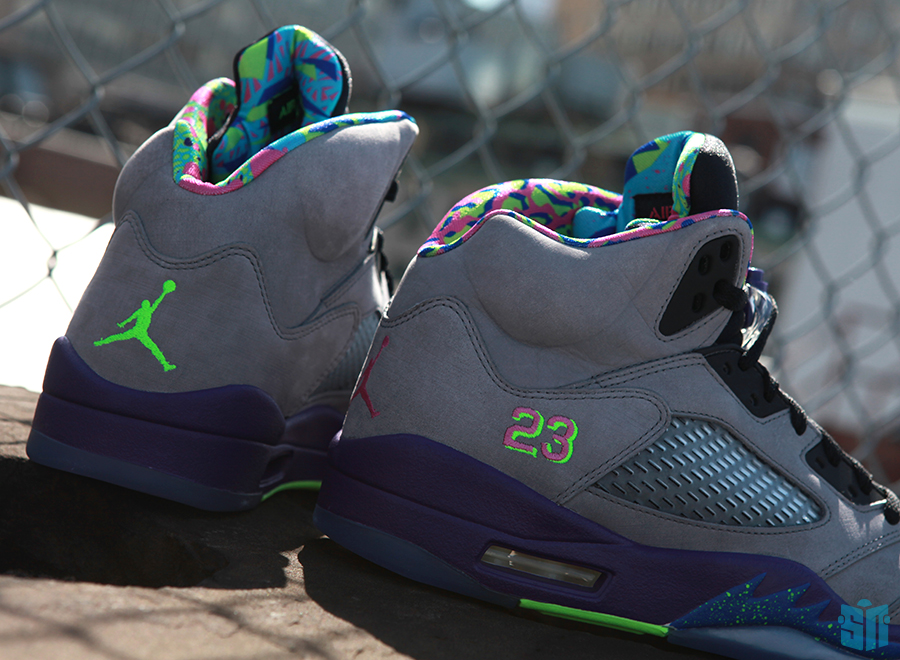 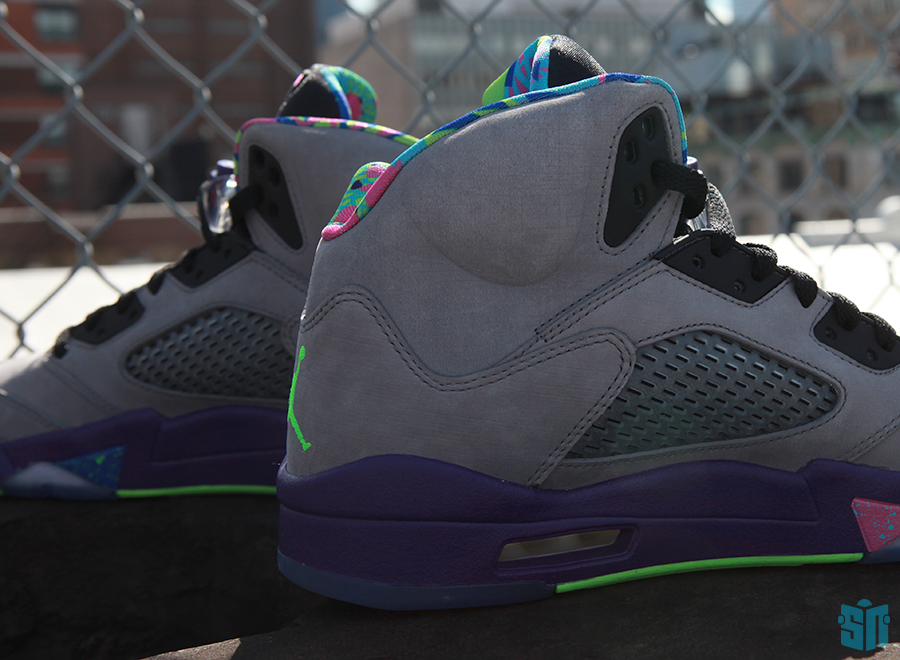 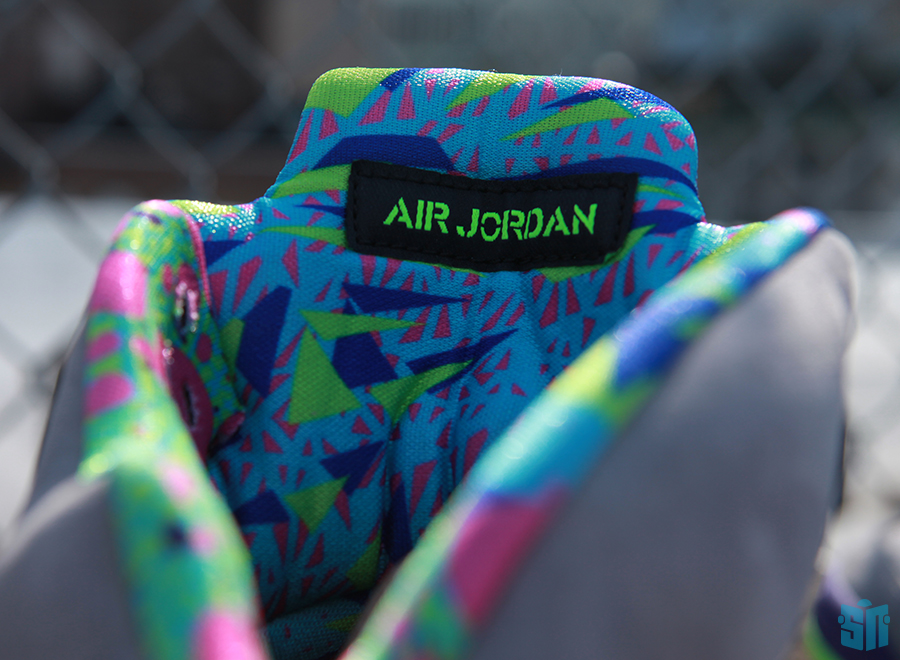 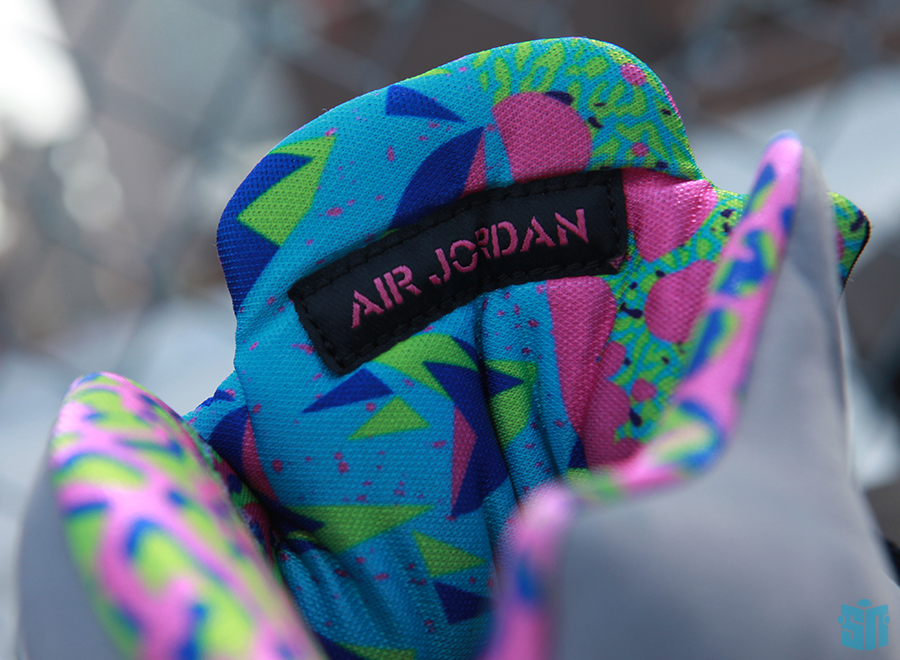 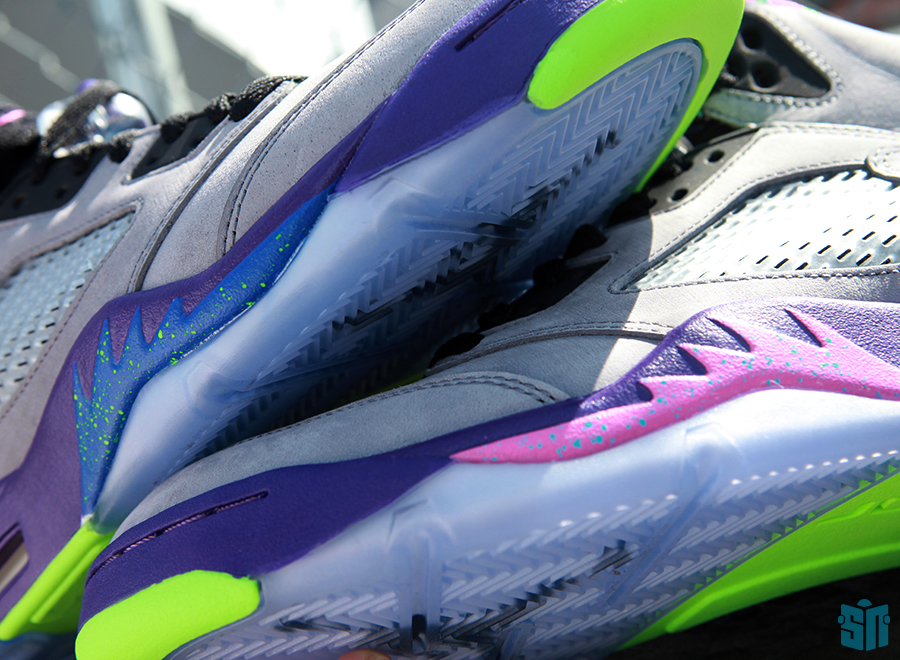