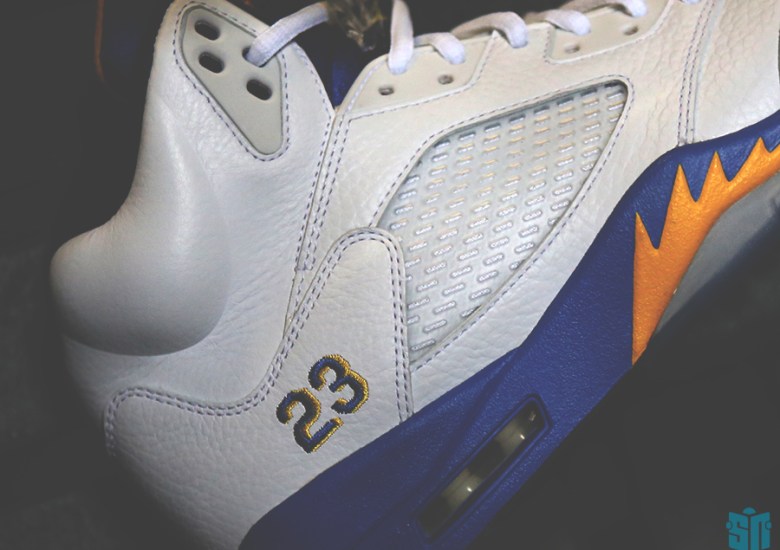 The “Laney” Air Jordan 5s will release tomorrow, November 2nd. The retro pair of Jordans is one of those rare ones that plays with the lacing a little bit-they’re outfitted with the same rounded off laces that the shoes sported back during their 2000 debut. The colorway looks to be the last of the Air Jordan 5s in 2013 that we’ve ever seen before (Keep in mind that there’s still that “Oreo” version coming up this month). Take a better look at the Air Jordan V “Laney” with us after the break and then check out what’s already up for grabs on eBay.