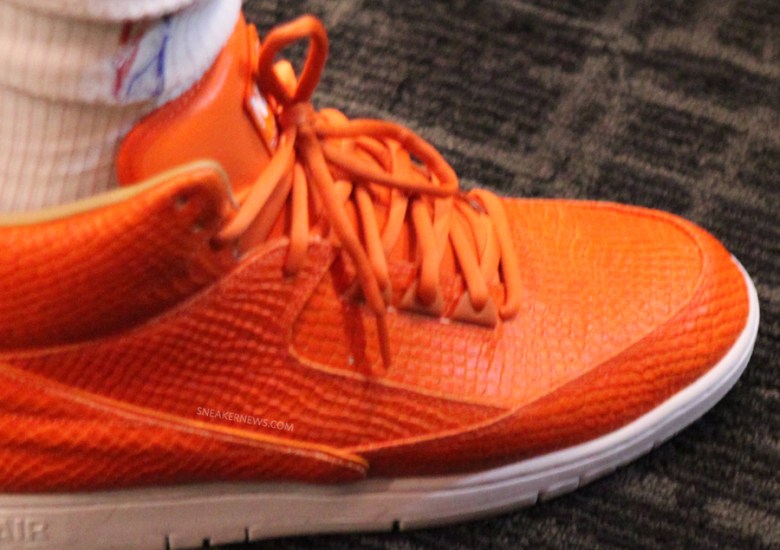 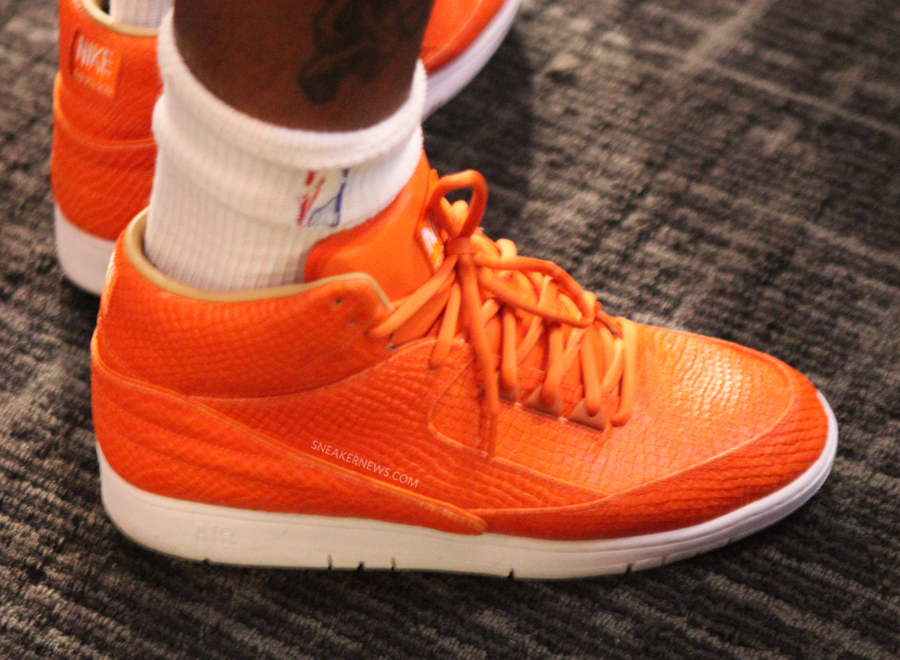 One of the most surprising bring-backs of 2013 was the Nike Air Python, which is poised to hit stores again in some new colorways. We already previewed the black and red versions, but check out this all-python colorway in tonal orange spotted on the feet of New York Knicks guard J.R. Smith, who paid the media a visit during the Foot Locker #WeekOfGreatness event. A release isn’t certain at this point, but these would certainly make a great regional treat for NYers, don’t you think? More exclusive photos below so take a look and we’ll update you when more details surface. 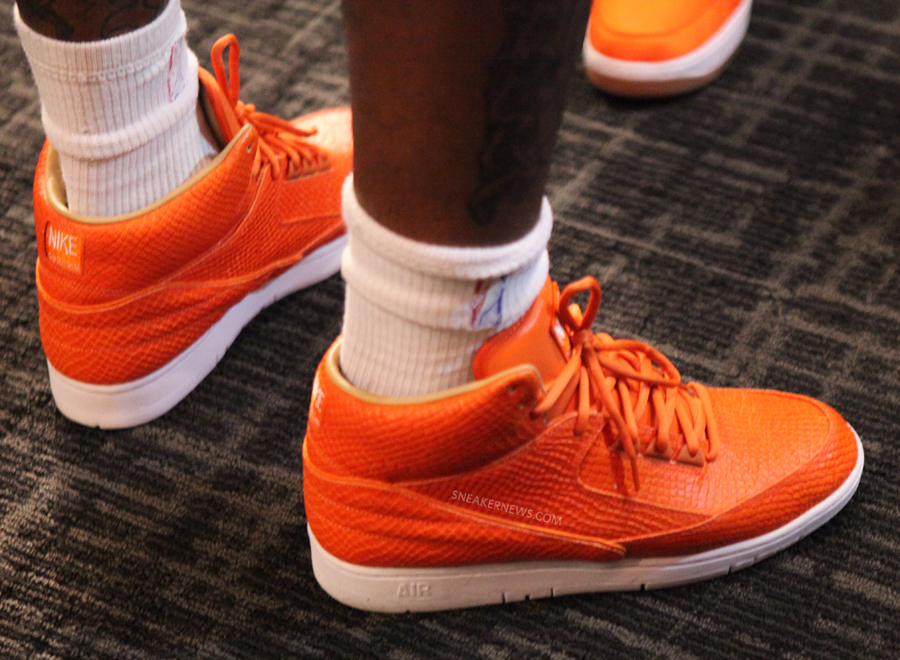 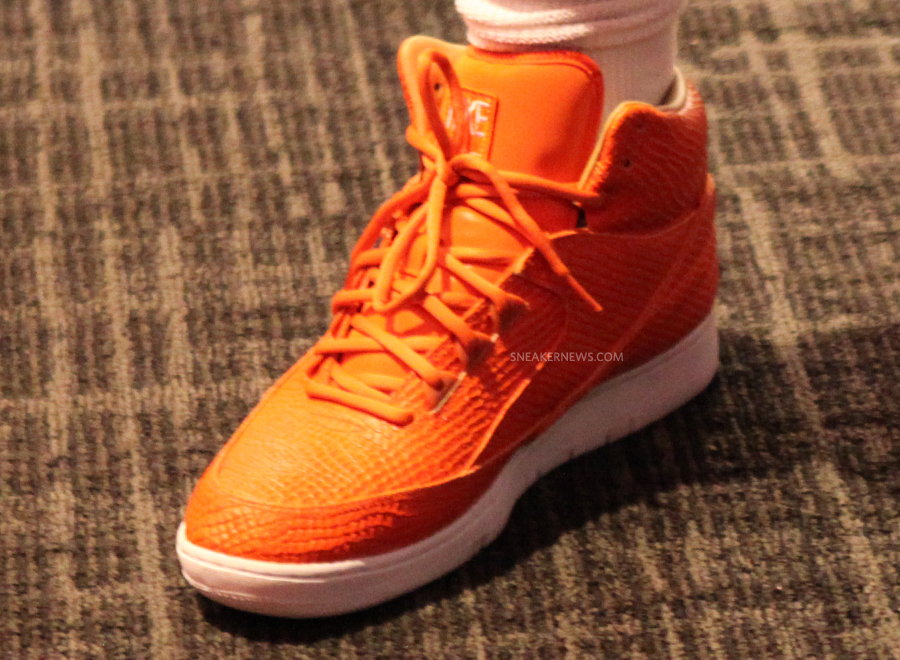 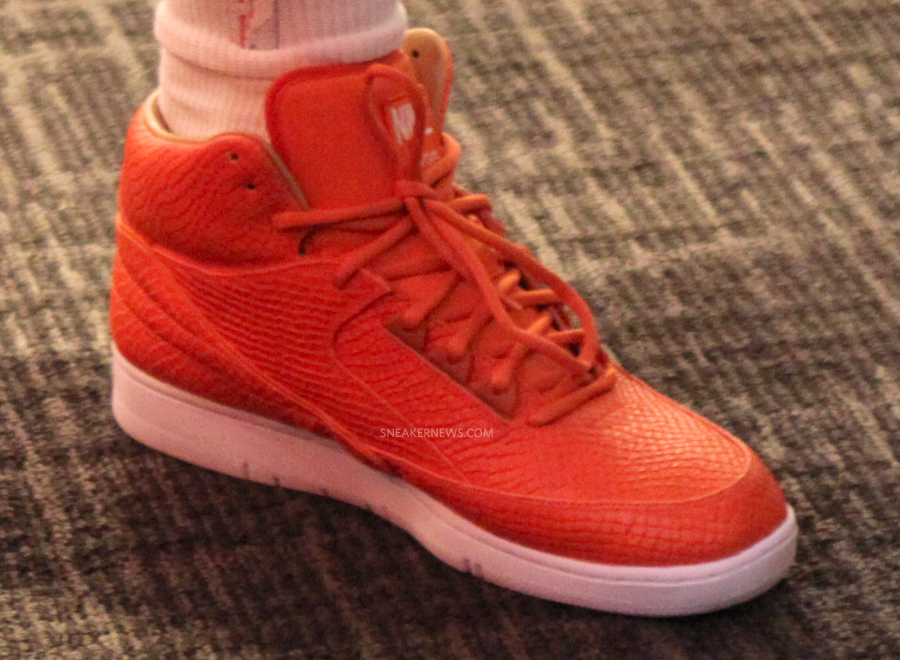