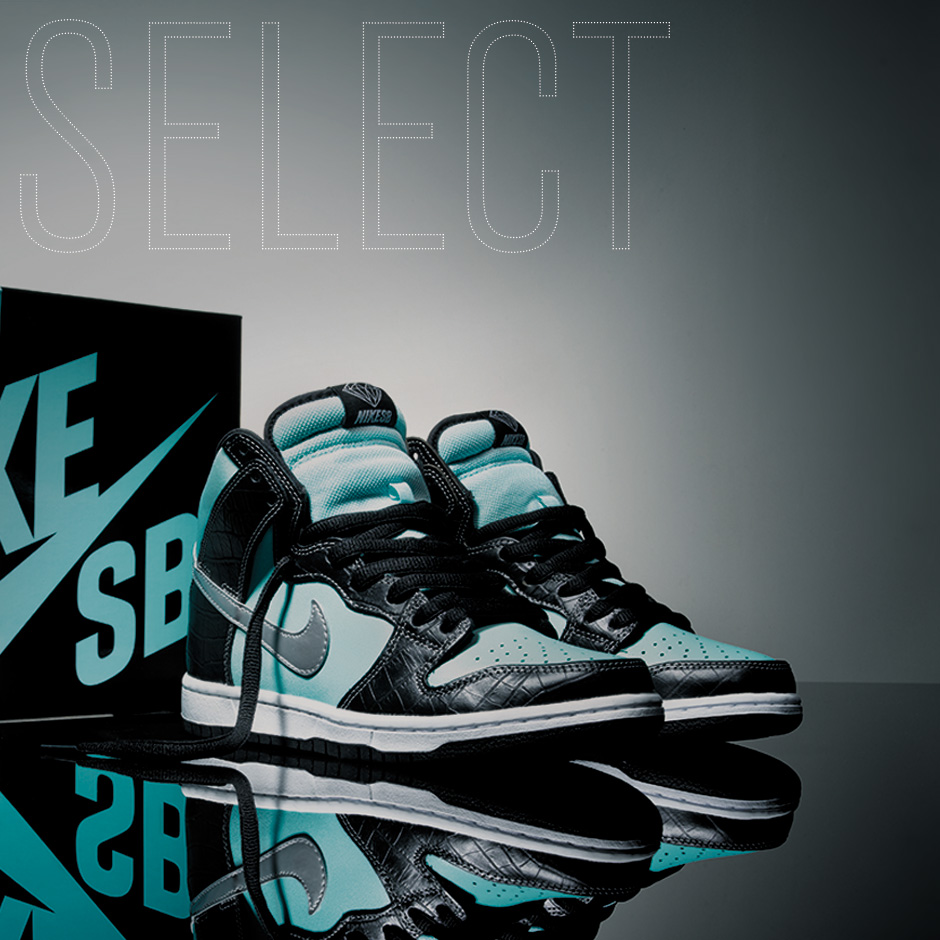 SELECT 1 on 1: Nicky Diamonds on the Diamond Dunk High & More

In a weekend that saw the surprise quickstrike release of the “Red October” Yeezy 2, it seemed like the hottest topic in the sneaker world on Monday was still the high-top return of the revered Diamond Supply Co. “Tiffany” Dunks. In a lot of ways, this past weekend’s release of the Diamond Dunk High was like a nostalgic trip back to 2005. Not only did it effectively recapture the design magic of the original Low edition, but the mayhem around the retail launch also catapulted the SB Dunk back into the spotlight in a way that it has seldom seen in recent years. Despite the wider distribution this time around, which even included NikeStore, trying to get a pair of the Diamond Dunk Highs on Saturday morning proved just as difficult as it was with the legendary Low, if not more.

When the Low cleared out from shelves all those years ago, it was because it was a great-looking shoe. By the time the sequel came around, it had built-in classic status before a single pair was sold, and all sorts of drop day war stories have poured in recounting the long lines, retailer mark-ups, and immediate resale frenzy that accompanied the most high-profile SB Dunk release in recent memory. Diamond themselves even acknowledged the struggle, graciously giving away 100 pairs to dedicated line-goers with the purchase of a hoodie and t-shirt. And why not? Diamond has a lot to celebrate. Nike collabs don’t come along very often, and they know better than most that the global notoriety they can create for a brand is a gift that keeps on giving.

When the “Tiffany” Dunk Low released almost a decade ago, the SB Dunk craze was absolutely exploding and the opportunity to contribute a shoe to the Team Manager series couldn’t have come at a better time for Diamond Supply Co. Although already well known in the skate world for their skateboard hardware and some dabblings in apparel, the Diamond Dunk Low almost instantly established the brand as one of the hottest names in their market and beyond. In the nine years since, Diamond has not only grown into a major force in skateboarding, but their apparel has crossed over into more mainstream success and made them one of the biggest names in the streetwear realm as well.

The popularity of Diamond Supply Co. as a brand has steadily grown since the release of their iconic Dunk Low, while the trajectory of SB Dunks has been generally headed in the opposite direction as of late. The release of the Diamond Dunk High will be another high-point for the brand, but also a defining moment for the SB Dunk legacy as it sits at a crucial crossroads. From here, only time will tell if this shoe breathes some much-needed life back into the Dunk game or serves as the last gasp of greatness from the glory days of the genre. We connected with Diamond Supply Co. founder, Nick Tershay, better known as Nicky Diamonds, to get his thoughts on the Diamond Dunk High, the Tiffany nickname, and the future of Diamond footwear endeavors, so continue on for the full interview and more photos ahead. 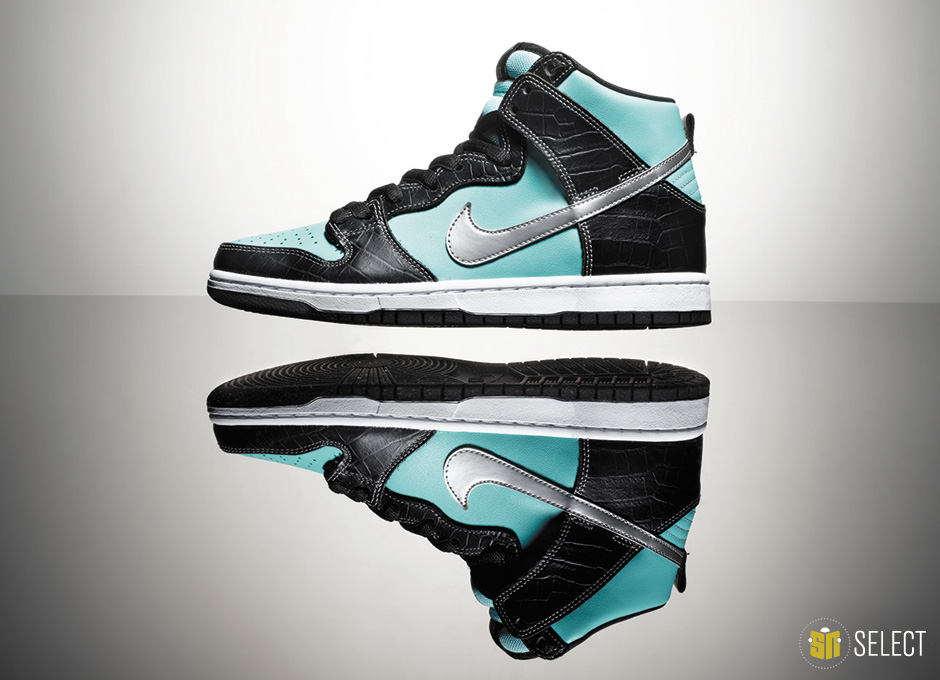 Sneaker News:  When you were first working on the original Diamond Low edition, could you have ever imagined that it would go on to become one of the most legendary SB Dunks of all-time?

Nicky Diamonds:  I’m not sure if at the time I thought it would be one of the most legendary, but I do know that when I received the final sample I started laughing because it looked incredible to me.

SN:  Is it frustrating that the “Tiffany” nickname became so universally adopted, and do you feel like the name has stolen any thunder away from the shoe being a Diamond Supply Co. collaboration?

Nicky:  It was obvious from the beginning that people were going to associate the shoe with that because of the similar colorway. I don’t think it took anything away from the collaboration at all. Diamond fans knew it was Diamond and some people that didn’t skate may have thought it was something else. 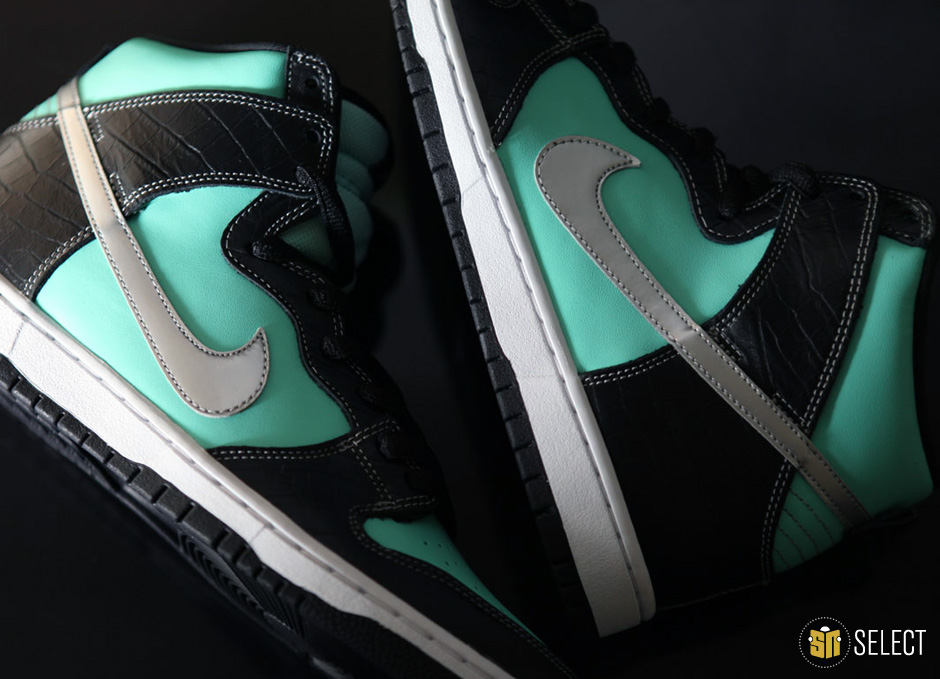 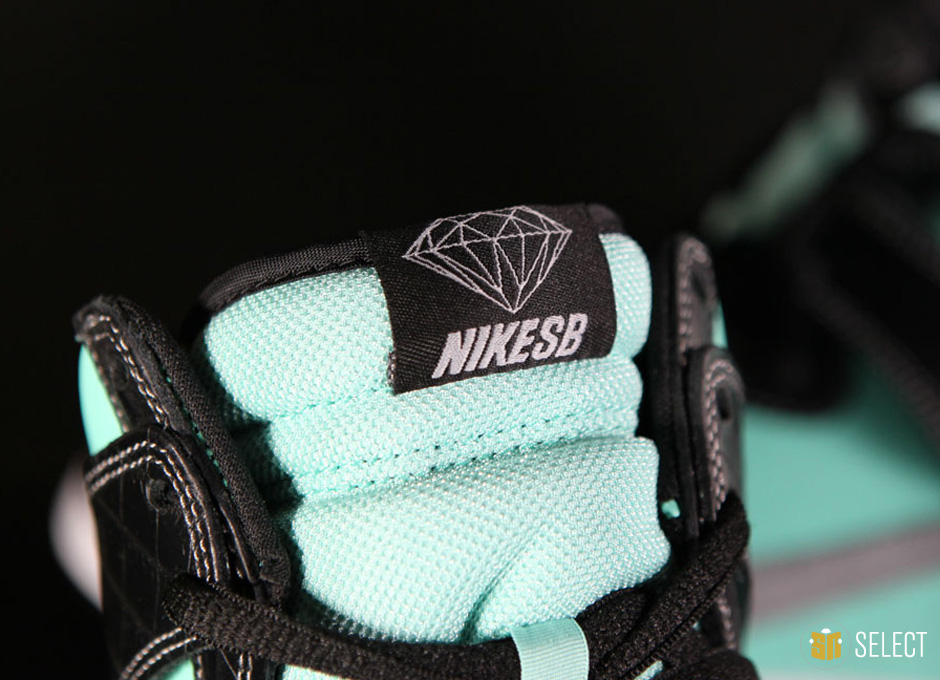 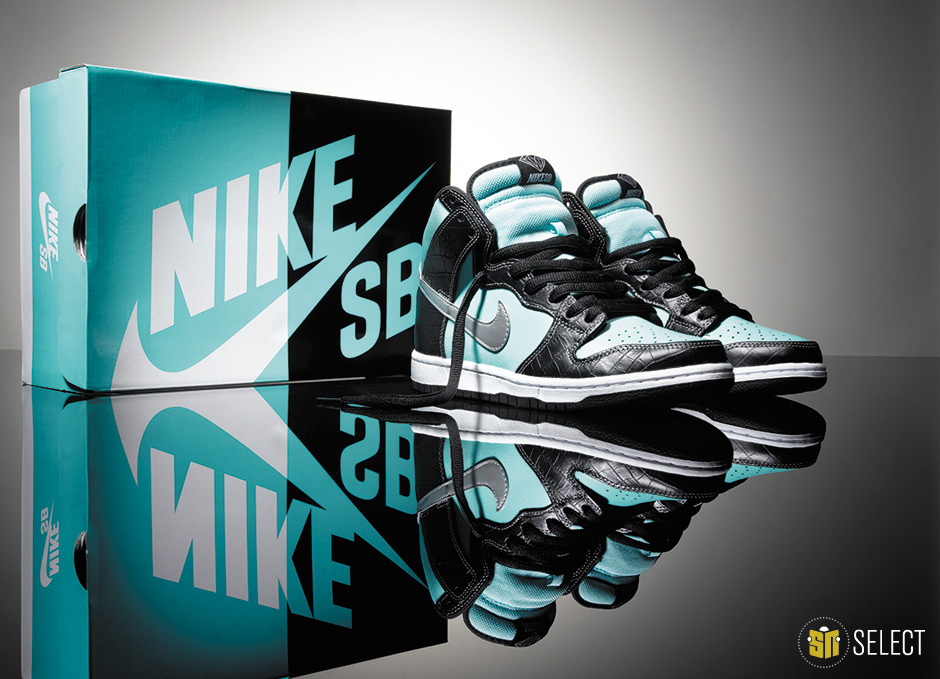 SN:  What impact did the success of the original Diamond Dunk Low and a high-profile partnership with Nike have on the growth and status of the brand at the time?

Nicky: When we first dropped the dunk, Diamond Supply Co. was a very small core hardware brand that specialized in mounting bolts, bearings, and griptape for skateboards. After we released the shoe, Diamond Supply Co. gained world wide recognition as more of a lifestyle brand.

SN:  People have been clamoring for years that SB should release some of their classic Lows as Highs and vice versa, and now you guys are the first to actually do it. How did the discussion come about and was their any resistance to the idea from Nike?

Nicky:  In 2006, a year after the first Nike SB Low, I proposed a Nike SB High. It literally took eight years for it come to fruition. I wanted the original model to be the High, but they wanted the Low. It’s nice that now we have both. 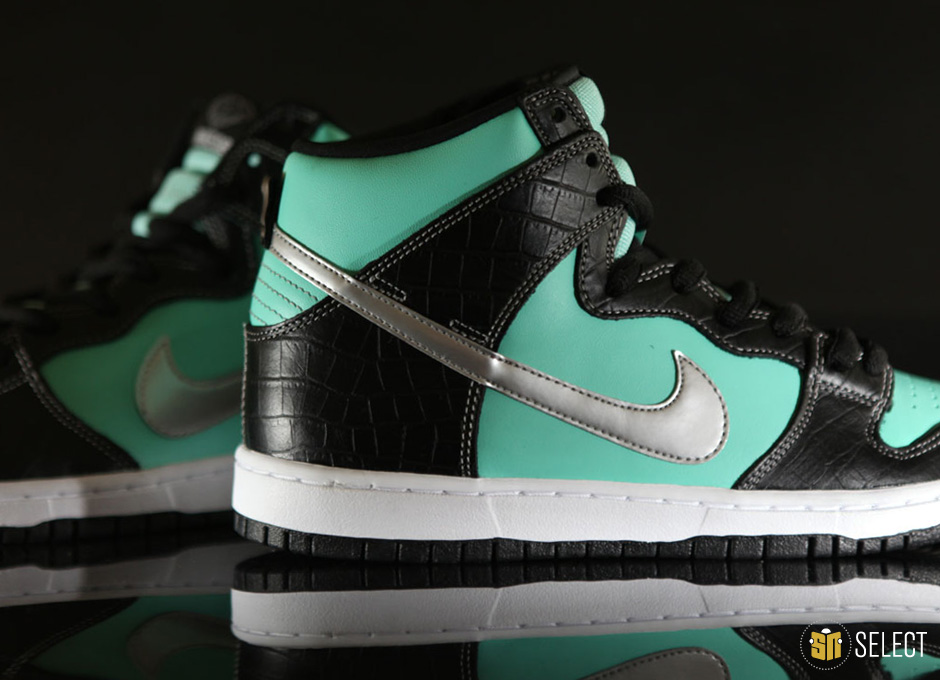 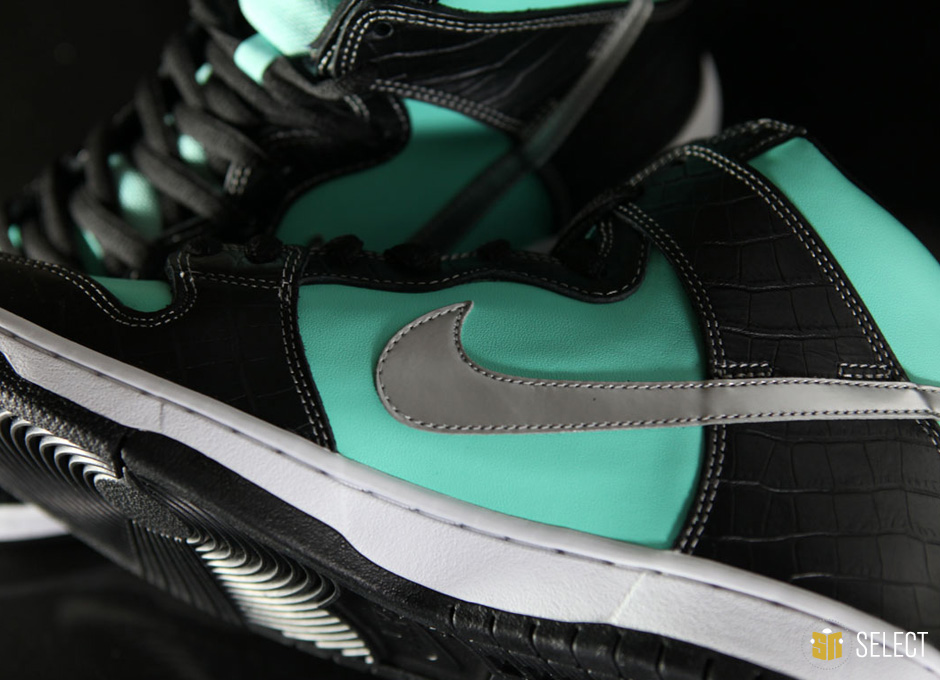 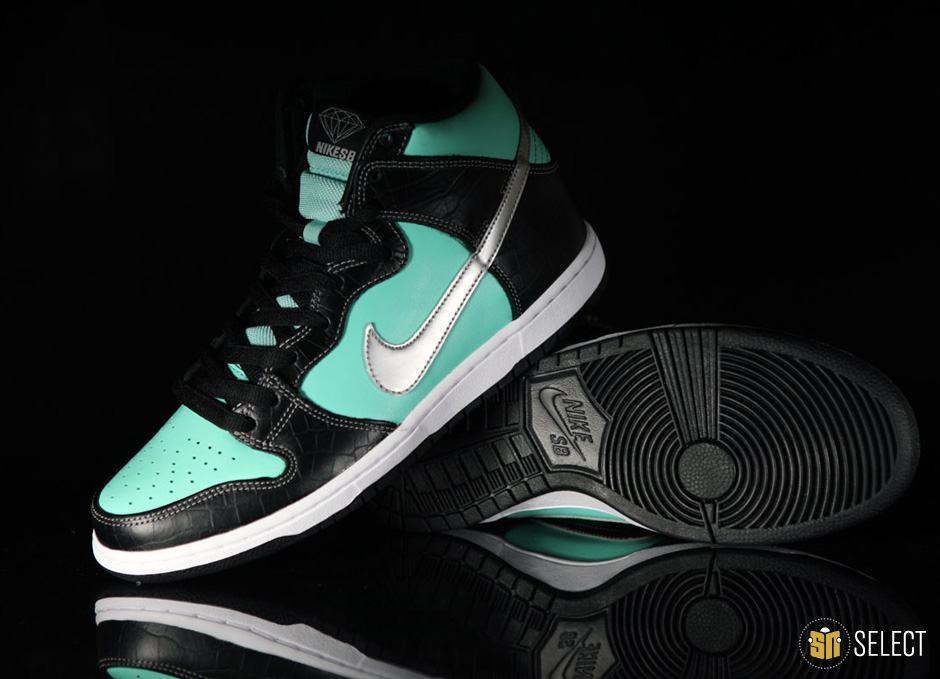 SN:  Did you ever consider flipping the colors or tweaking the look of the High version or was it the plan from day one to stay true to the original design and materials?

Nicky:  Since I originally wanted this shoe as a High, there was no question as to making any real changes. We are saving that for future projects.

SN:  Up until this past weekend, the hysterical frenzy for SB Dunks had calmed down a bit from the time of the Low’s release in 2005. Do you think your Diamond High version can help reinvigorate the market’s passion for Dunks?

Nicky:  I hope it does because I really like Dunks, and the main reason people want these now is because back in 2005 it was a complete frenzy of its own to try and get a pair. The lines at stores back in ’05 to get some were insane. 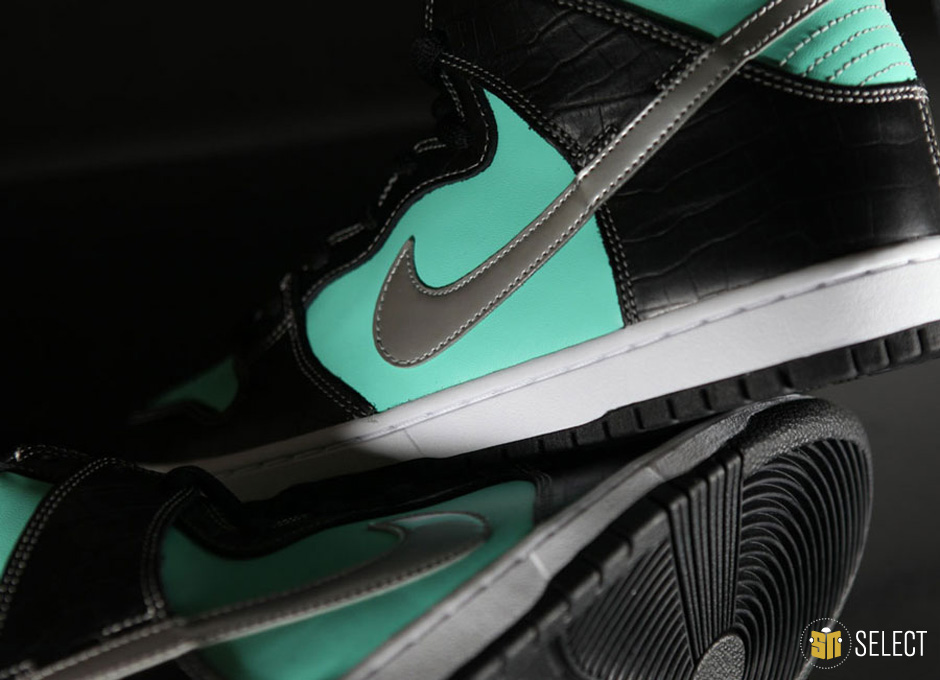 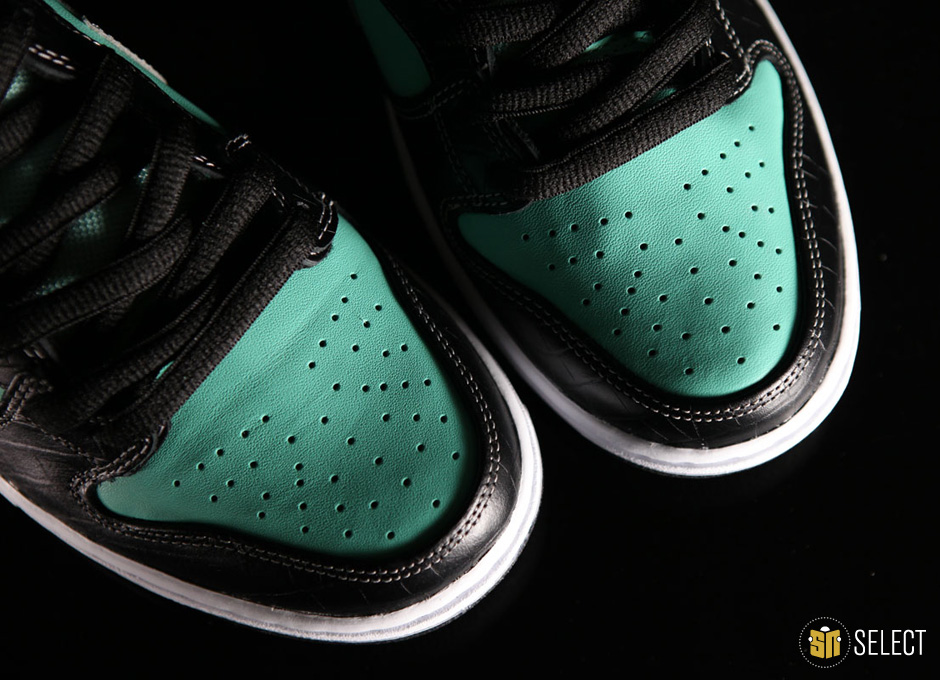 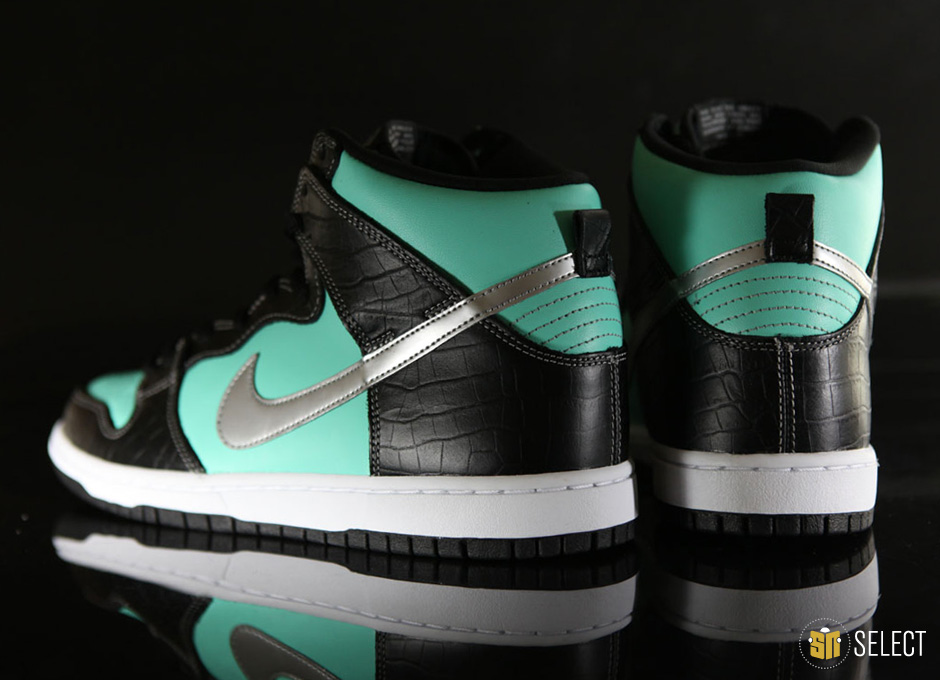 SN:  Since your original Dunk Low collab with Nike, Diamond Supply Co. has gone on to create their own footwear line. Is it strange to go back and work on a shoe with an outside brand now that you’re making your own?

Nicky:  I don’t think that it is any different than us making a jacket with another brand as a collaboration since we also make jackets. We make tees and collaborate on tees with other brands, so making shoes with other companies that make shoes is not any different, and that’s what we do.

SN:  Will we see more crossover footwear projects between Diamond and other brands moving forward, and what can we expect from the future of Diamond’s own footwear line?

Nicky:  I am down to collaborate with any brand that I feel coincides with our brand in a way that the design aesthetic is cohesive to the look and feel of what we do. As for Diamond Footwear, we will continue to be innovative with fabrics, designs, and pushing forward with product that fits the Diamond aesthetic as a whole collection along with other items we produce. 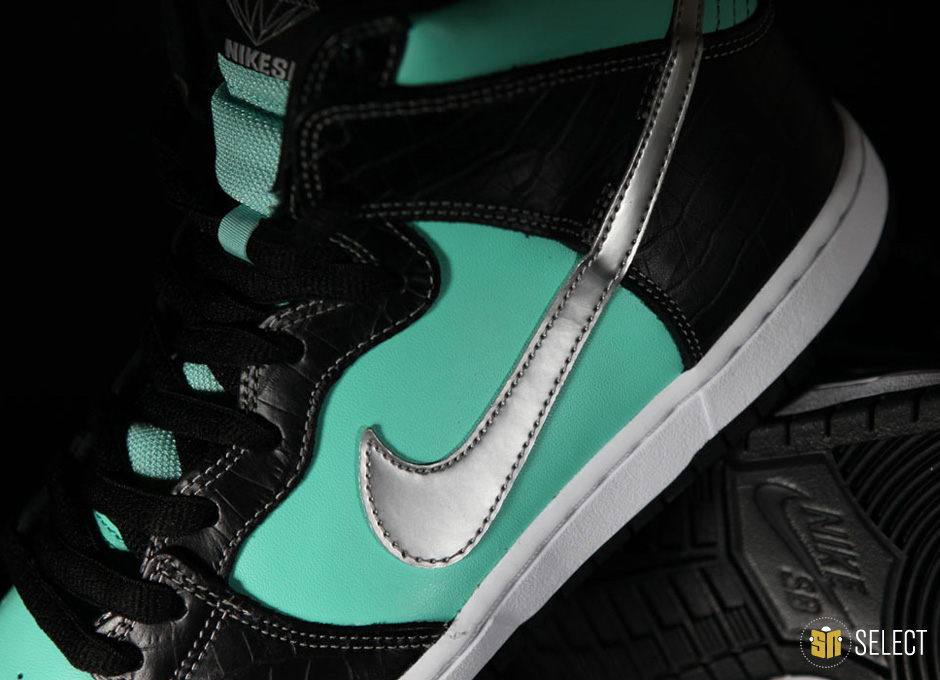 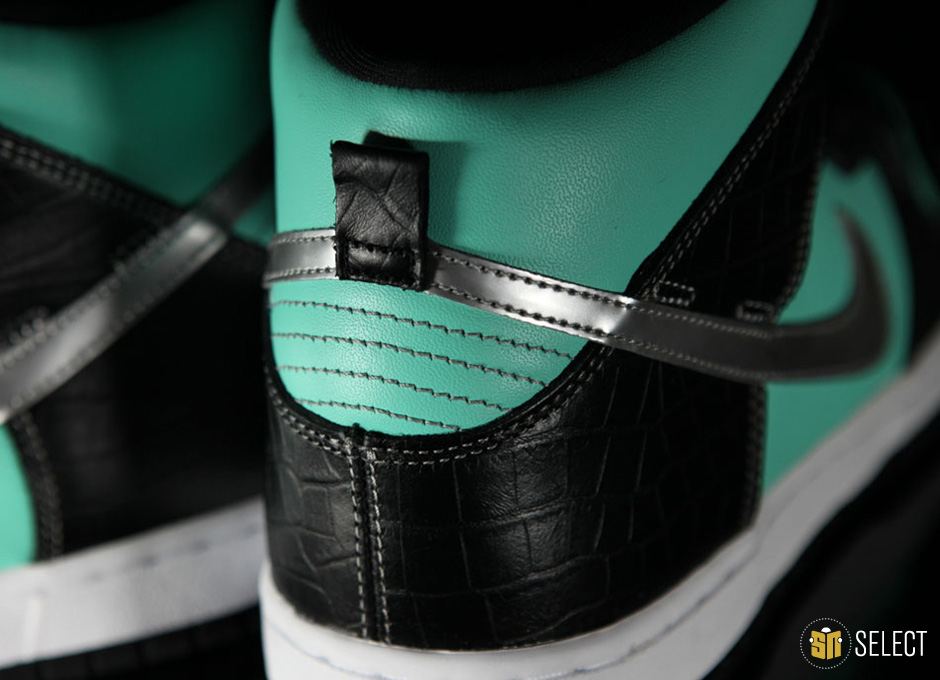