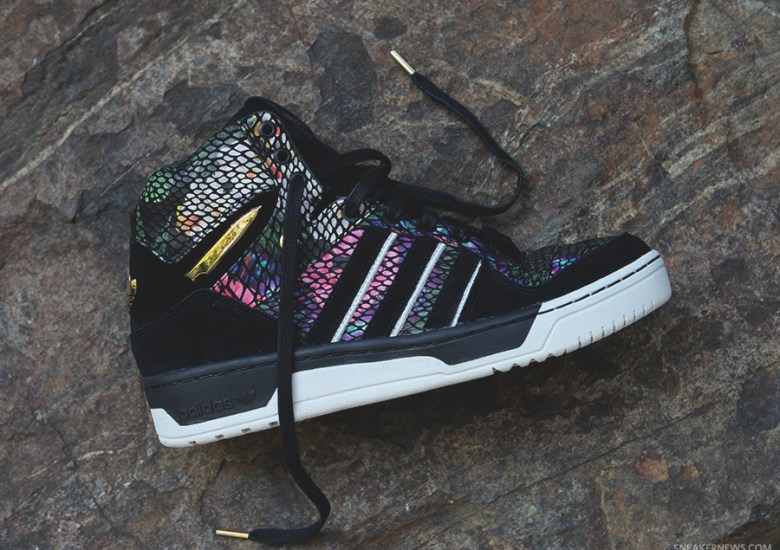 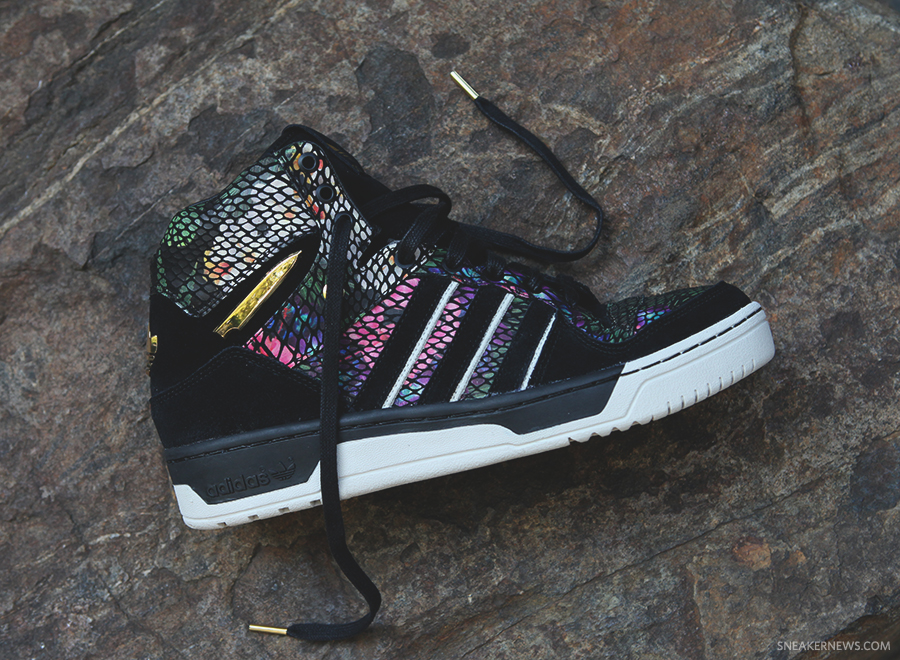 Much of the buzz built by adidas recently has to do with their deep stable of celebrity endorses. The hip-hop world in particular has lent a number of figures to this cause: Kanye West, 2 Chainz, Pharrell, and others have all recently been involved with projects with the Three Stripes. Getting it in before all of those though was Big Sean, whose super-limited “Detroit Player” Pro Model collaboration came about back in 2012, way ahead of the current wave. He hasn’t slowed down since – the Detroit rapper continues to crank out special projects with the brand, the most recent of which is the Big Sean x adidas Originals Metro Attitude Hi.

The shoe is a bit of a departure from previous pairs of the Big Sean sort in that it abandons the monochromatic approach. This time around, the adidas Metro Attitude Hi is draped with a bright floral pattern that peeks through the black base of this immortal model. Ahead of the shoe’s launch this week, we had the opportunity to sit down with Big Sean to get his take on the shoes. What’s the story with the tropical graphics? Which adidas silhouettes is he most into these days? Did he put Kanye onto adidas? Get the answers in the following pages in our Sneaker News sitdown with Big Sean on his adidas Originals Metro Attitude Hi. 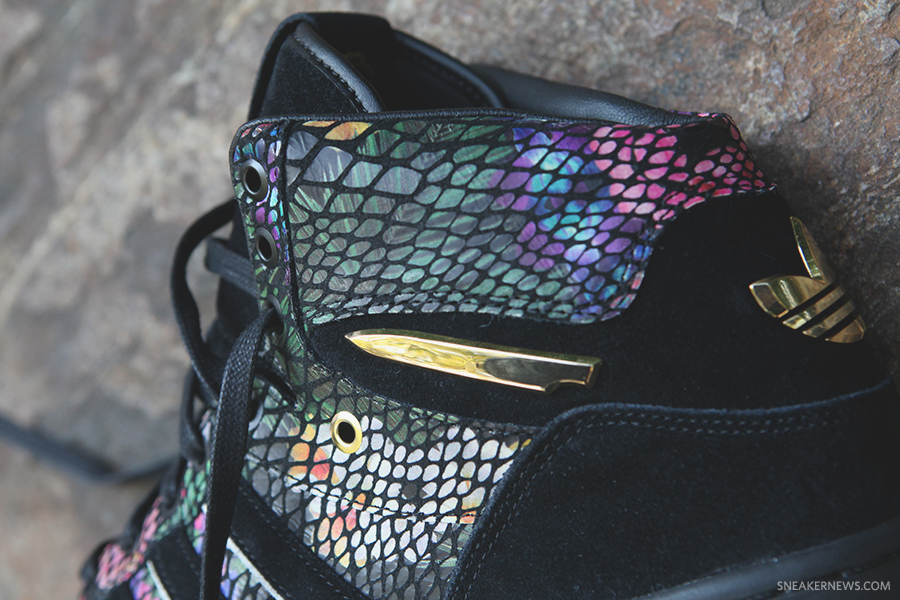 Sneaker News: This latest sneaker has a bit more a GOOD Music flavor than your last designs. How important has the label been to your career and did you make it a point with this sneaker to show a little bit more love to that style in the design?

Big Sean: I just made it a point to tell a story, everything we do kind of tells a story. I feel like the first sneaker I did that’s all red and has the big chunky gold accents told the story of being from Detroit, as far as being young and flashy. The last one was more of just an everyday shoe, something subtle that still told a story in its own way too. With this one…people don’t know that I spent a lot of time in

Hawaii with the whole GOOD Music fam creating out there. I want to incorporate stories into every shoe that I do, so this one kind of tells the story of being out there where a lot of people that really found themselves and added to their artistry. I was out there with, of course ‘Ye, but everyone from Nicki to Rick Ross to Pusha. Everybody was out there and we were all just collab’ing and working and having fun together. That was one of the most important trips and times of my life so we just made sure that every time I look at that shoe, it reminds me of those times. And the Metro Attitude is just one of my favorite shoes – the Patrick Ewings are classics. 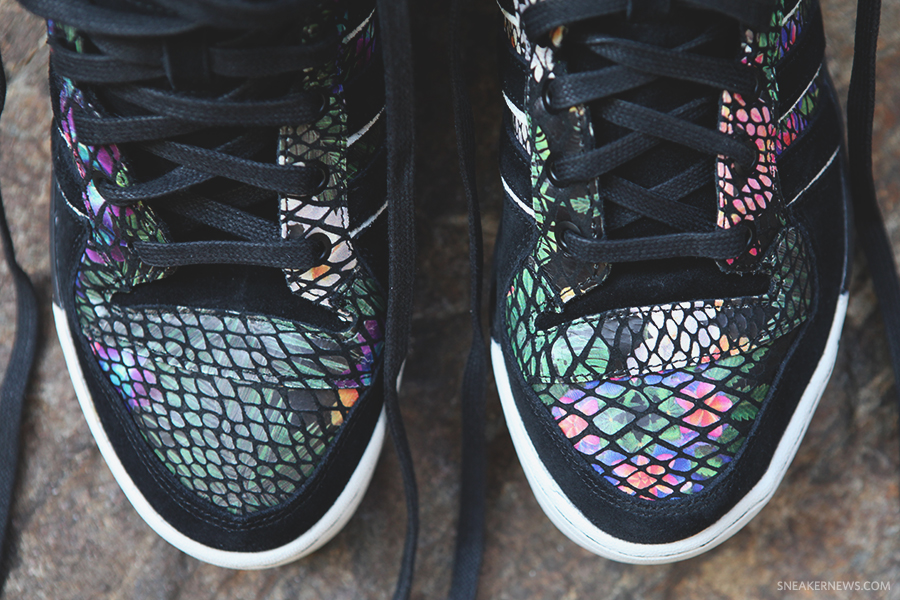 SN: You helped put the Pro Model back on the map with your first two shoes. Are you hoping that you can do the same thing for the Metro Attitude with this upcoming pair?

BS: Yeah, I think it’s one of the freshest shoes for adidas. I love them, the Shelltoes of course, the Pro Models. I love the Stan Smiths. I feel like they’ve got a lot of classic silhouettes and this is definitely one of them, so it’s cool that I was able to put my own twist on it because I even love performing in them. I wear them at my shows a lot.

SN: What’s it like to be a part of adidas right now at a time when they have so many incredible creatives and influencers on their team like yourself, Kanye, Pharrell, Nigo, 2 Chainz, etc?

BS: It’s incredible man. I was telling ‘Ye and everybody about adidas a long time ago. Obviously he knew about adidas and respected them, but it’s just cool to be on it early and for them to be involved at an early point with me too. It’s incredible, ‘Ye took me under his wing and we went out to Japan, we went out there and it was me, ‘Ye, NERD with Pharrell, Nigo, Verbal from Teriyaki Boyz. To see everybody from that scene now involved with adidas definitely says something about the brand and how quality they are. 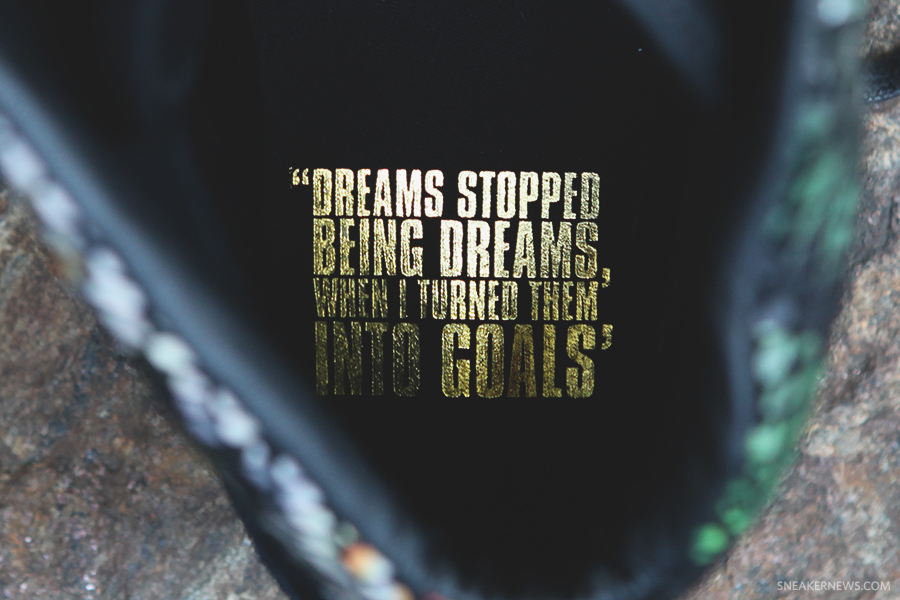 SN: Is the Big Sean Metro Attitude a shoe that’s more reflective of Detroit style or of your own personal style?

BS: Well Detroit doesn’t really have just one style – there are many styles to the D. And I feel like in the same way, there’s many styles to the shoe. It’s colorful and at the same time it’s black and white. I guess it represents Detroit and represents me because I am Detroit. In that way, it represents me and the struggles I’ve been through. It has a Detroit style in it if it has me in it. Just like how Eminem is Detroit, or Aretha Franklin is Detroit, or Motown is Detroit. It’s a city of different styles.

SN: You’re obviously big into fashion beyond just the sneakers. Have you expressed any interest with adidas as far as getting into some apparel collections to go with the releases?

BS: There will definitely be apparel to go along with these shoes. You can expect to see some tees and jackets and things like that. As the relationship progresses we’ll get into it. It would be great to just design my own shoe with them and get deeper into the apparel and have a little more of a take on the design process. 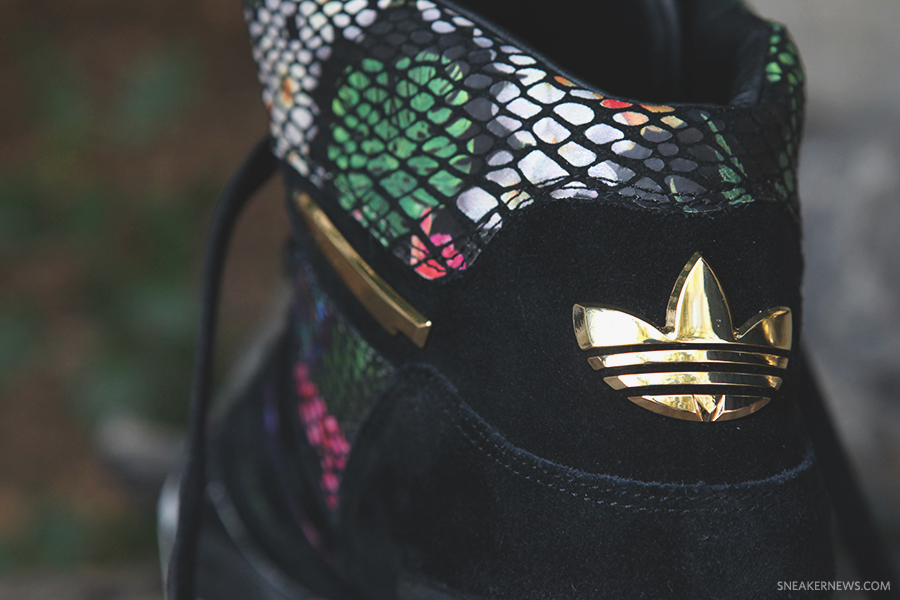 SN: Obviously adidas is on a huge tear right now between everything going on at adidas Originals and what they’re doing on the performance end as well. As a fan of the brand, what shoes from them are you checking for the most right now?

BS: They have a lot of new running shoes that are really cool. I’m not sure of all the exact names off the top of my head – the ZX Flux, I love those. Obviously I love the classics silhouettes: like I said the Pro Models, the Stan Smiths, the Metro Attitudes. It’s really cool because I am a fan and to be able to now be a brand ambassador is such a huge thing. I’ve got so many fresh adidas – shoes and gear. I feel like they’ve just been getting better and better.

SN: Since you’ve been with them, how much has your adidas collection grown?

SN: Alright Sean, thanks again for taking the time to talk to us and our readers. 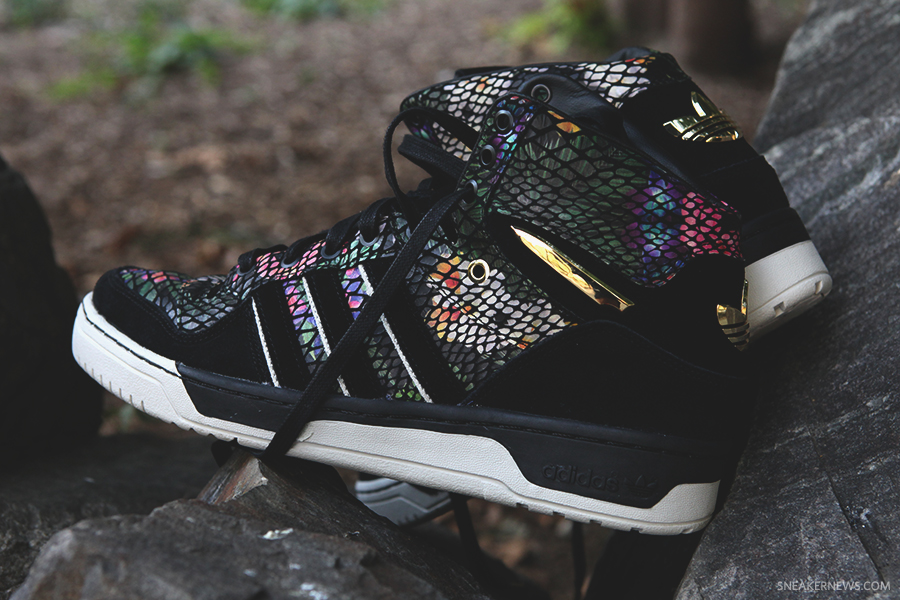 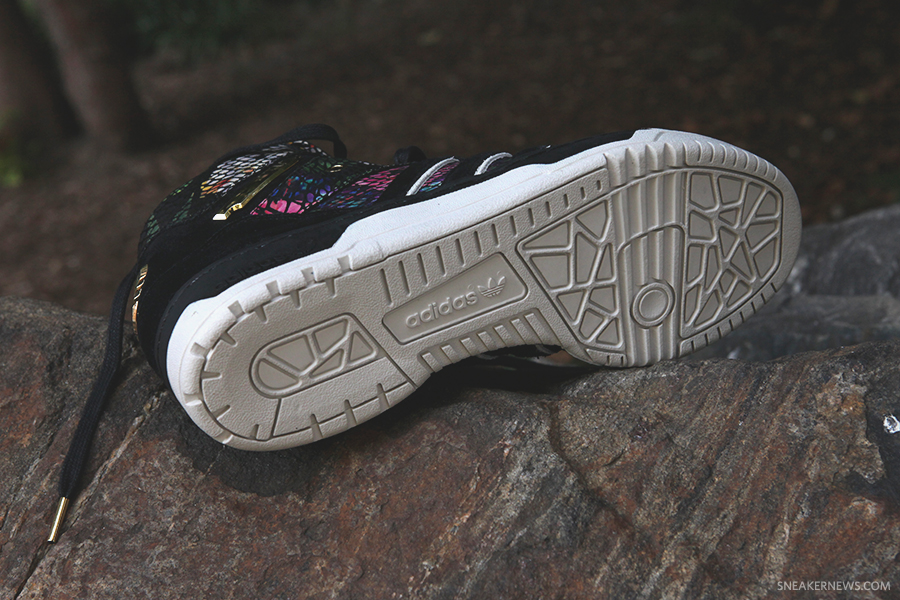 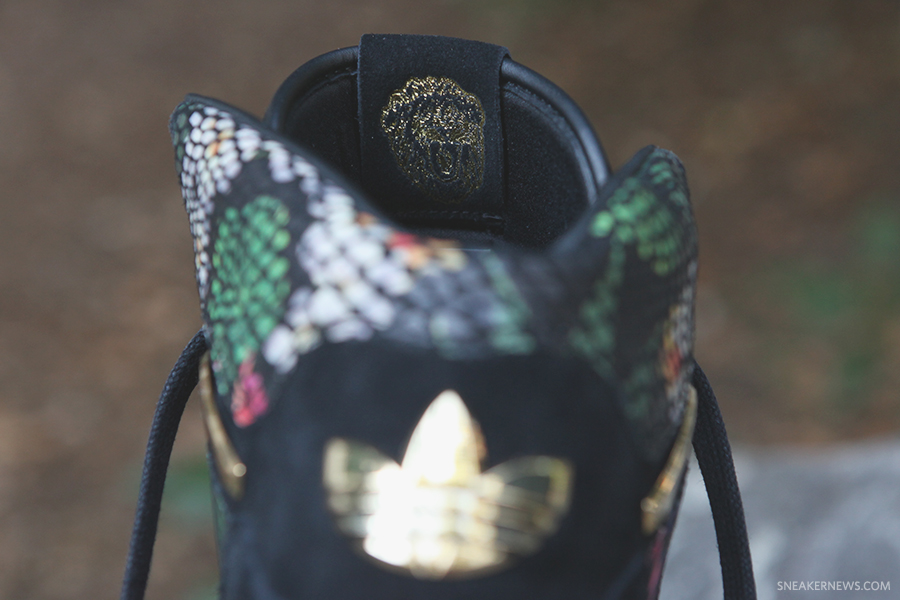 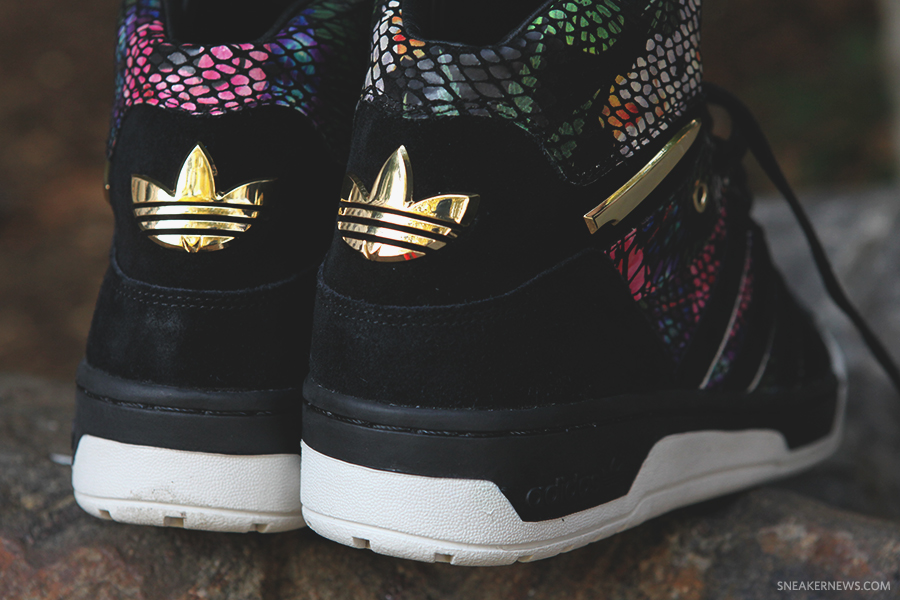 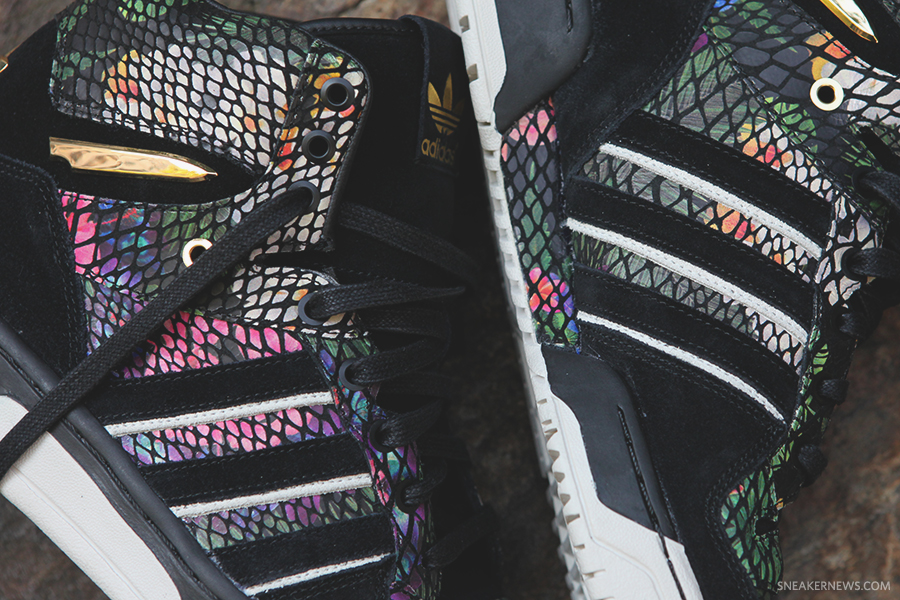 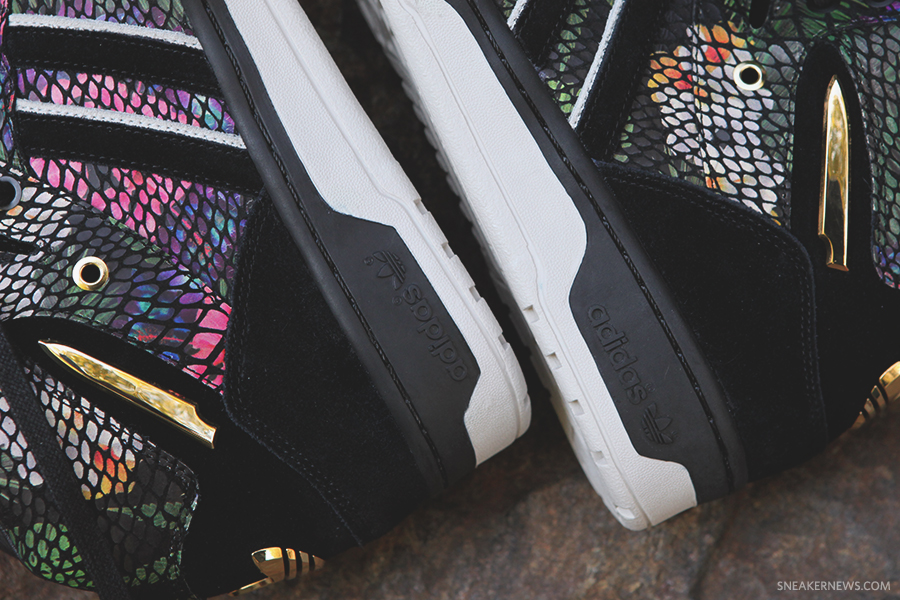