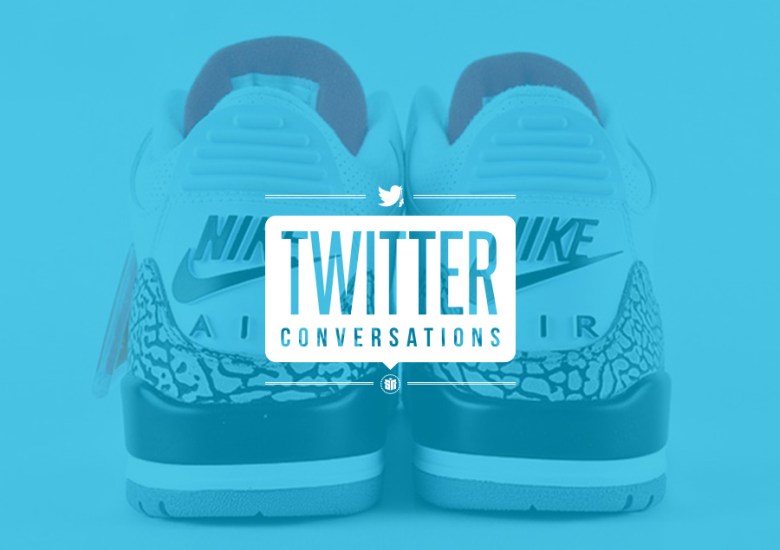 Twitter Conversations: What Do You Think About the Air Jordan 3 Retro Hiatus? 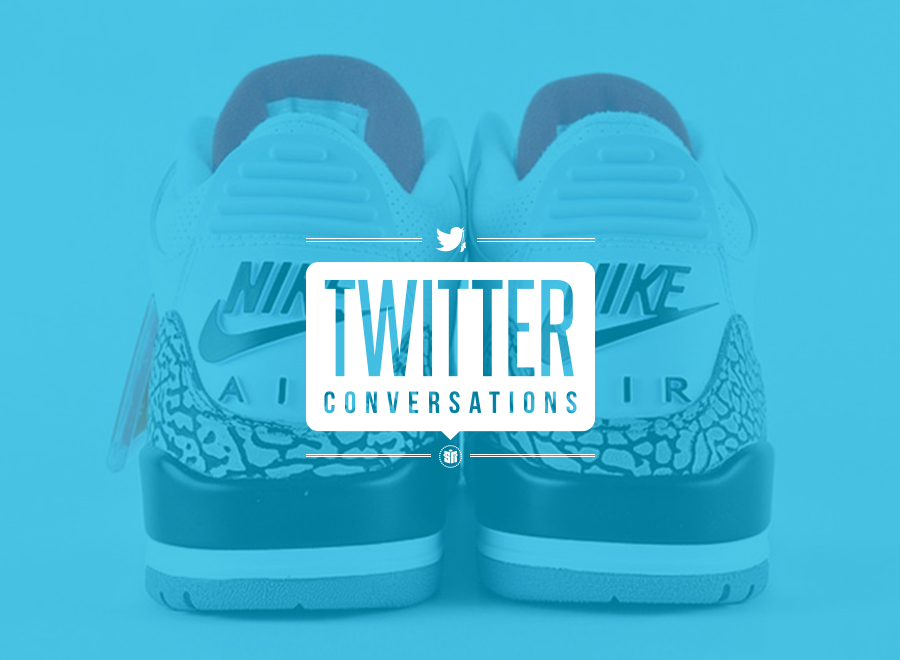 As you may have heard, the Air Jordan 3 is going on hiatus. That news came last week when, during the Air Jordan Retro Remaster preview, Jordan Brand VP of Footwear David Schechter explained that they were planning to halt production on the iconic sneaker for the time being, with the recent “Sport Blue” set to be the last pair to release for a while. This particular Air Jordan silhouette has of course been a staple in the brand’s retro rotation for a while now: from 2007 till 2014, there’s only been one year without any releases of the Jordan 3 (That would be 2012). So does the shoe deserve a rest, or should Jordan Brand always keep them around given how important the Three is to their brand identity?

We asked you that question on the @SneakerNews Twitter to find out whether or readers were with or against the idea of giving the Jordan 3 a break. This sort of approach has worked well enough for other sneakers – the adidas Stan Smith comes to mind when thinking of shoes that disappeared only to come back to even greater fanfare. Continue reading to see your responses on the topic of the Air Jordan 3 retro hiatus and feel free to chime in via our comments section below if you’ve got additional opinions on the current status of the Jordan 3.

How can snyone be happy about that “@sneakernews: Are you happy that Jordan Brand is stopping production on the Air Jordan 3s?”

@sneakernews keep them and release og colorways like black cement and true blue and remaster them ! — Livy Lew . (@_callmelivy) August 29, 2014

Obviously it’s not going to be easy to wave goodbye to such a treasured silhouette as the Air Jordan 3, even if it is only a temporary thing. As @_callmelivy mentions, people might be happier to see the shoes keep up the current pace while mixing in favored OG colorways like the “Black/Cement” or the “True Blue” with the remastered build.

@sneakernews too many bad colorways have dropped….Go back to good retros or stop production for the time being.

@sneakernews and JB was running out of good colorways … They were making them look like flea market joints lol — Johnson (@EazylifE_3) August 29, 2014

For some, Jordan Brand hasn’t quite preserved the sanctity of the Air Jordan 3 like they should have. These two users mention that all of the recent colorways have perhaps diluted the purity of a pair like the Jordan 3 in recent years. For them, the solution of leaving the shoe alone for a while seems like a good way to refresh things.

@sneakernews price doesn’t matter when the product is on point

When the Jordan 3 eventually comes back remastered, you can bet that the price will reflect the refocus on quality. That’s not a cause for worry for George Coloney though, who chimed in with his comment that “price doesn’t matter when the product is on point”.

The idea of a higher price isn’t easy to swallow for everyone though. $200 for a pair of retros is just too much for @cjfoushee, and @trojans21 doesn’t think that the price should go up quite so much for the tweaks in material quality and build that are being put in place.