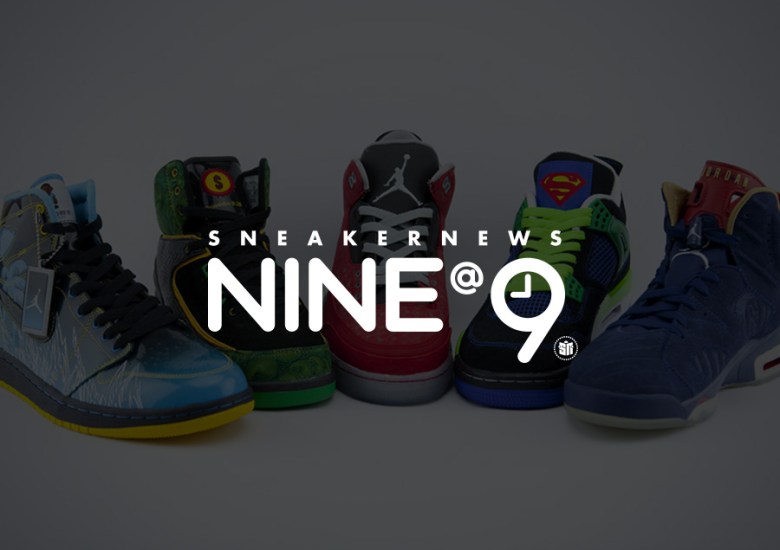 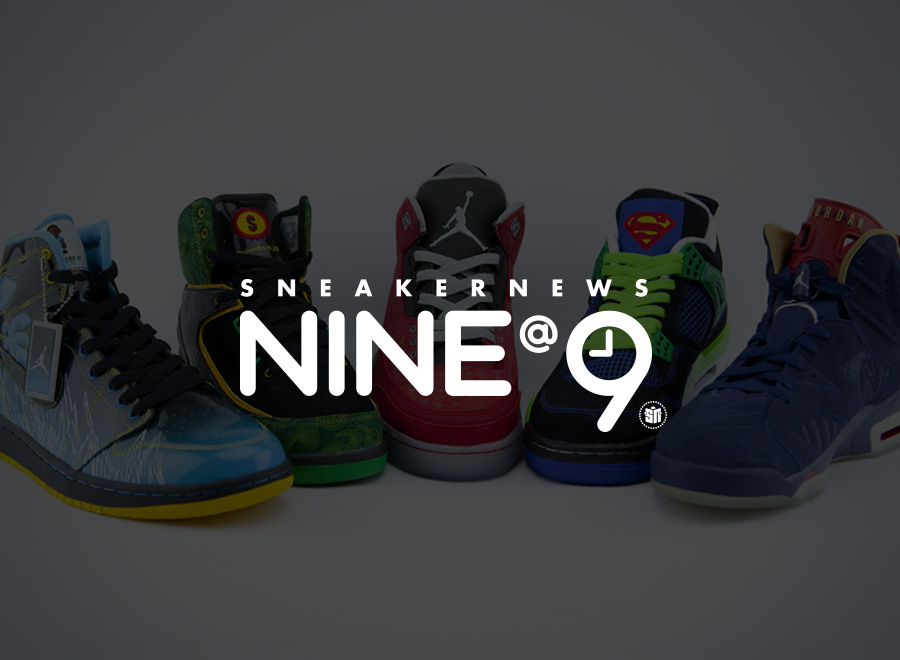 Did you hear that Stan Smith is collaborating with adidas on the Stan Smith? Yes you read that correctly, the man that that signature sneaker was originally designed for is circling around for a special edition this year. That’s definitely strange territory for a pair of team up sneakers, as those sorts of projects are usually reserved for sneaker boutiques, artists, and the ever-dubious crowd of “influencers”. This isn’t the first time that a sneaker company has swerved around the typical groups selected for those x’d out sneaker releases though. There is a rich history of sneaker collaborations coming from companies that you’d never expect.

Captured in our latest Sneaker News NINE@NINE compilation are some of the more unexpected collaborations in sneaker history. We’re focusing here on those strange partners that you wouldn’t necessarily imagine would have a lot to do with the world of limited edition footwear – think Playstation Air Force 1s or those couple of times when The Meatball Shop got their own Vans collections. This isn’t meant to be exhaustive though, so feel free to chime in via the comments with your favorite unexpected sneaker collab. That is, after you browse the nine oddball shoes lined up for you below. 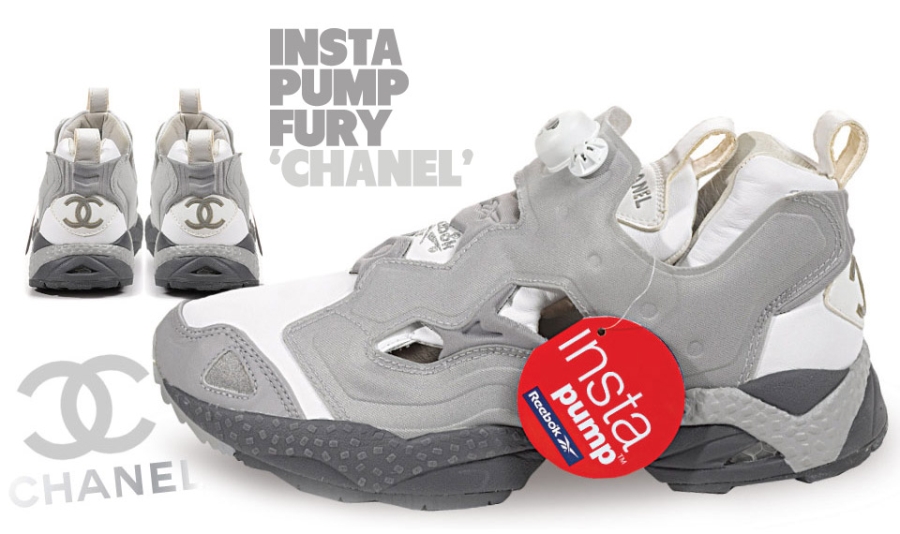 Collaboration sneakers are nothing new. Showing up way before the current trend of high meets low that’s resulted in the likes of Margiela x Converse and Tisci x Nike was the Chanel take on the Reebok Insta Pump Fury from 1997. The pair played it subtle on the colors, but was an absolute homerun thanks to the shock value of seeing Chanel’s infamous imagery on a pair of Reebok runners. 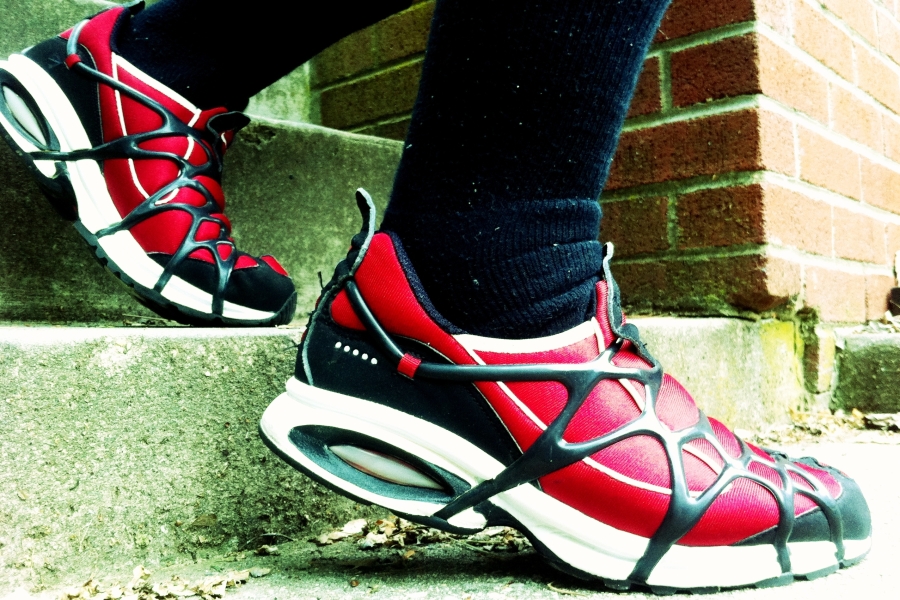 Before Sprite x LeBron ever touched down, Nike was flirting with beverage brands way back in Y2K. This pair of the Alpha Project-born Nike Kukini was a Japan exclusive produced in conjunction with Coca-Cola. Like a good number of the sneakers included in this compilation you had to acquire them through a contest, and this one involved trading in Coca-Cola bottle caps for different levels of prizes. 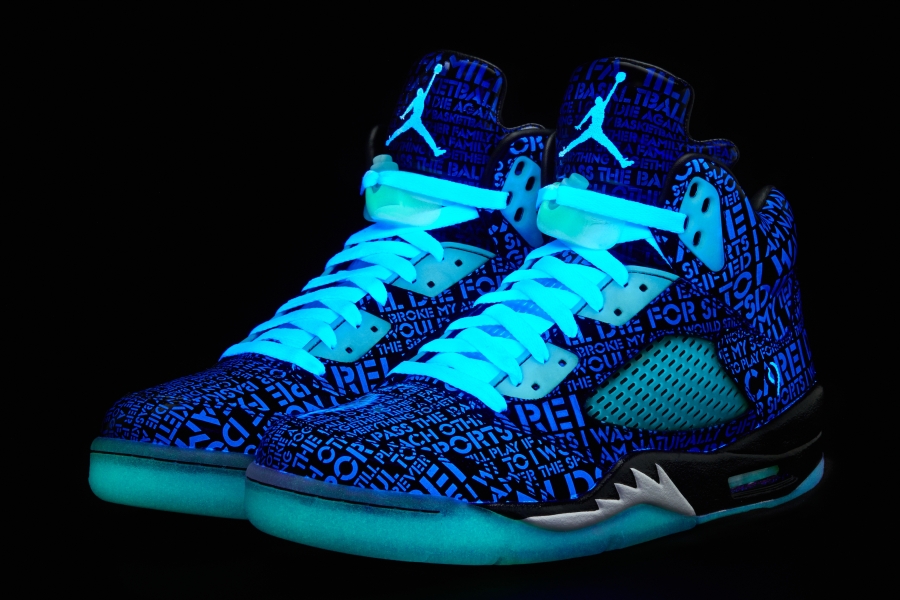 Nike has done plenty to give back to their native Northwest, whether it be supporting local universities or helping out at children’s hospitals. At this point we’re used to the Nike Doernbecher Freestyle series showing up on a yearly basis, and it’s easy to lose sight of just how crazy it is that Nike is so willing to hand over the design reins to a group of kids and hand over the profits to the hospital that supports them. 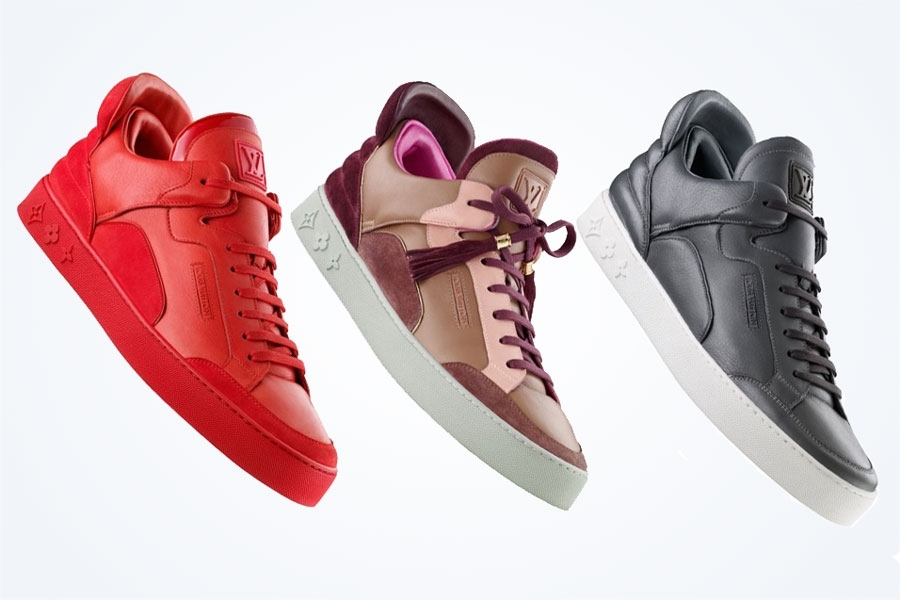 Remember when Kanye West showed up in Paris touting this collection and calling himself Martin Louis the King Junior? Teaming up with ‘Ye might seem like a no-brainer now in the wake of the success of the Nike Air Yeezy, but consider for a second how monumental it was for a revered French fashion house to team up with a rapper (You can thank Marc Jacobs in part for that one) and give him not one, but three silhouettes right away. 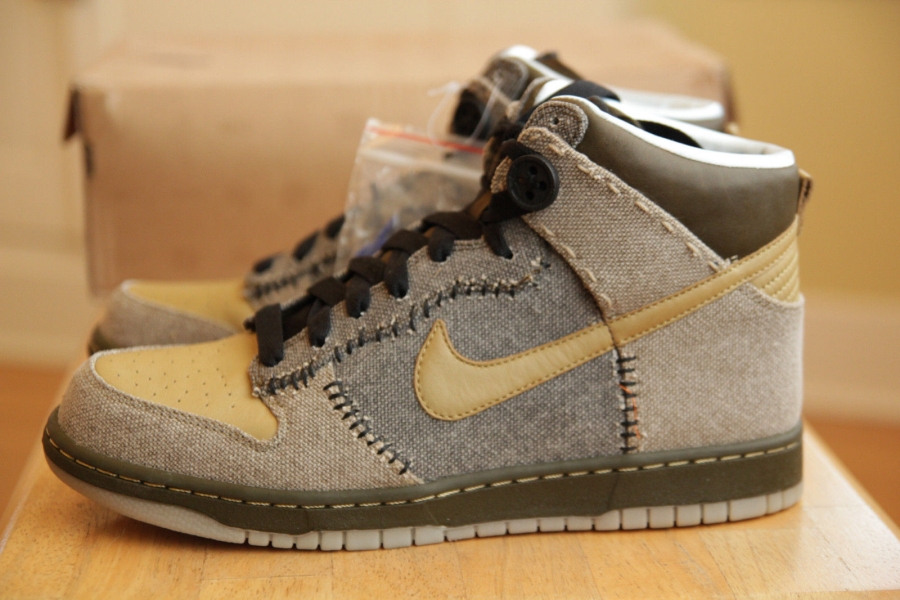 The 2009 stop-motion film Coraline earned its own special Nike Dunk High creation – but how? If you’ve looked into the background on this then you probably connected the dots. Laika, the production company behind the film, is owned by Nike’s own Phil Knight and headed up by Knight progeny Travis (Laika was also behind ParaNorman, which further explains that cinematic collab). Extra special was the “movie prop” version of the shoes that featured the tails on the back and the toy heads in the laces. 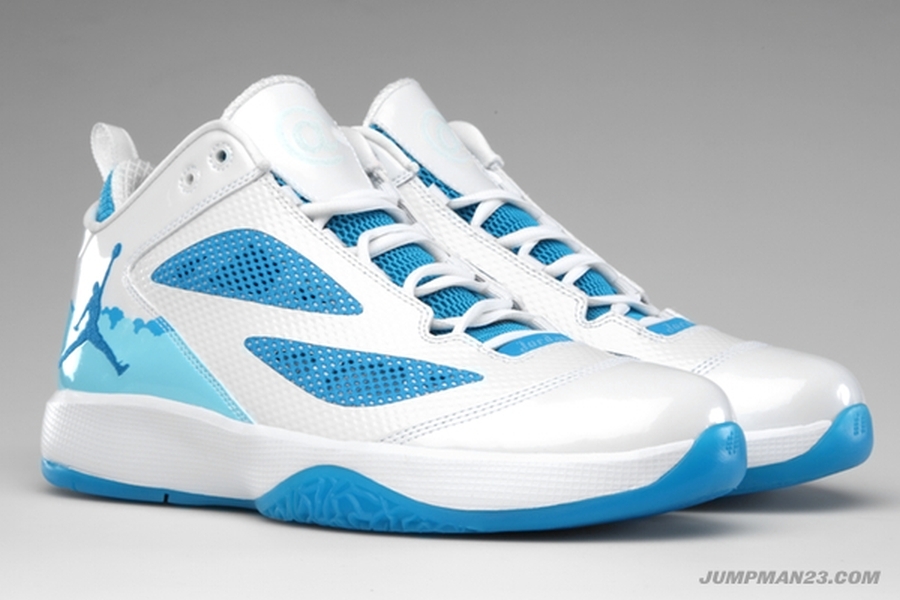 Back during a time when Twitter wasn’t an integral part of the sneaker purchasing process there was this team up on the Jordan 2011 Q-Flight. The sneakers were available only via the #Follow23 contest in which users were asked to follow @Jumpman and hit them up with their best rendition of a Jumpman pose and use the connected hashtag. The silhouette here wasn’t the most exciting, but the shoe is still a pretty cool port of the social media platform between the recognizable sky blue colors/graphics and the @ symbols on the tongue. 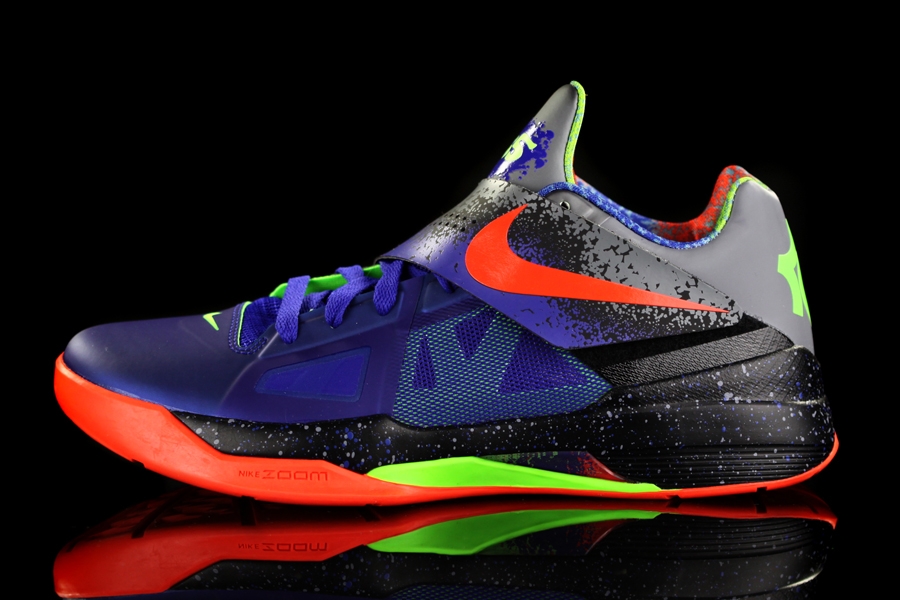 This pair just might have the best packaging of all the collaborations captured in this list. The Nike Zoom KD IV “Nerf”, which was tied in to Durant’s big kid personality, came in a deluxe package that had an actual Nerf hoop and ball with KD35 branding on it. Remember that this pair, along with the Weatherman, was one of the first to really put the Nike Zoom KD IV on the next level in terms of its coveted status. We’re still wondering if the Hasbro connection wasn’t helped out by Nike KD designer and former Hasbro employee Leo Chang. 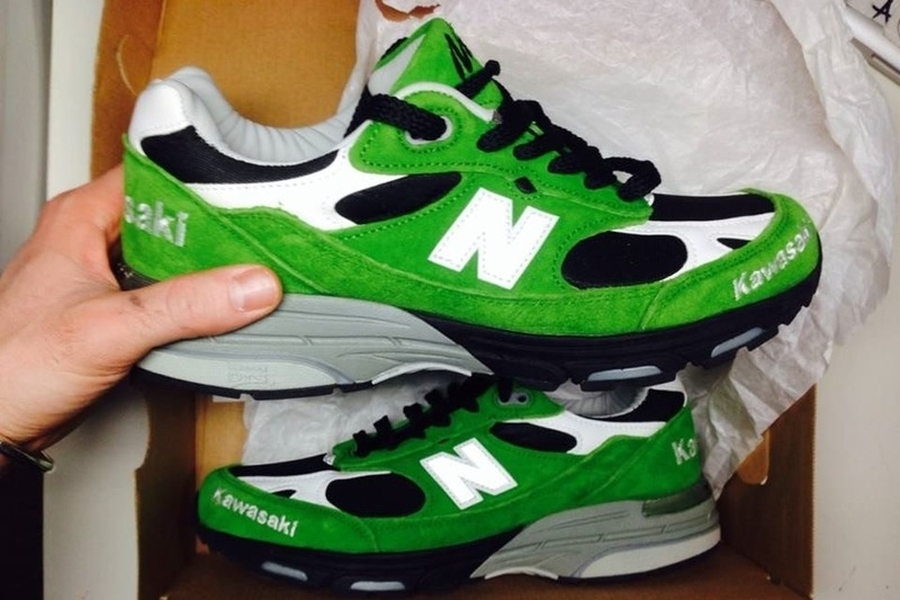 Jordan Brand isn’t the only footwear imprint with some motorsports sneakers out there. In 2012 this Kawasaki version of the New balance 993 randomly popped up. While New Balance is usually a bit stringent on the collabs in terms of bringing in extra branding, they let Kawasaki go in with this one. The motorcycle manufacturer got to slap their name on the front and back and even referenced their Ninja series on the tongue. 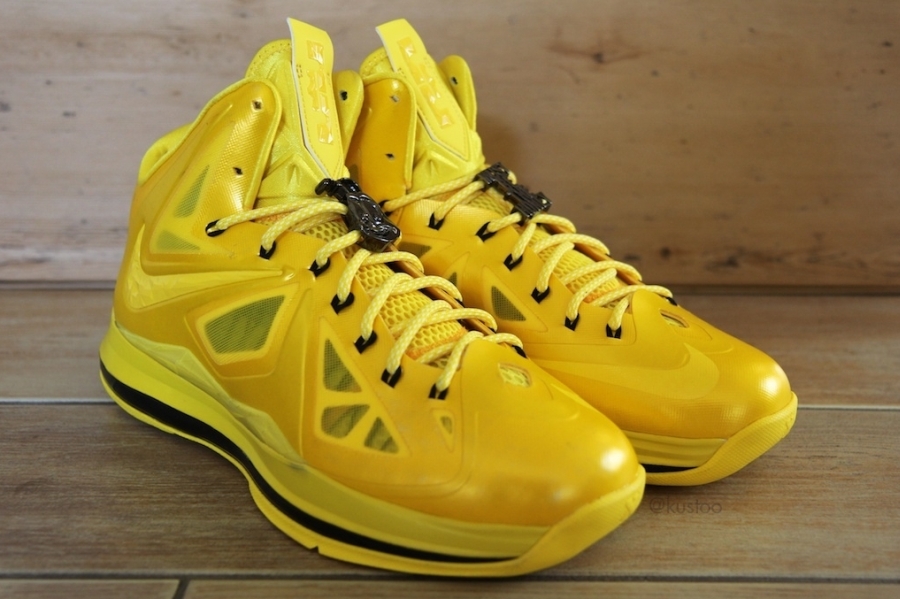 This pair just barely counts as a collaboration, as it’s kind of unclear to what extent Nike was actually involved. The sneakers themselves were a NIKEiD creation done up by General Mills and whoever is in charge of building energy around their Honey Nut Cheerios line of cereal (Nelly was also involved). They didn’t just stop at the NIKEiD creation though – the 250 pairs that were created also featured custom lacelocks with the message “Must Be The Honey” and the image of their Buzz mascot. A Fat Joe shoe-lick never seemed more apropos.