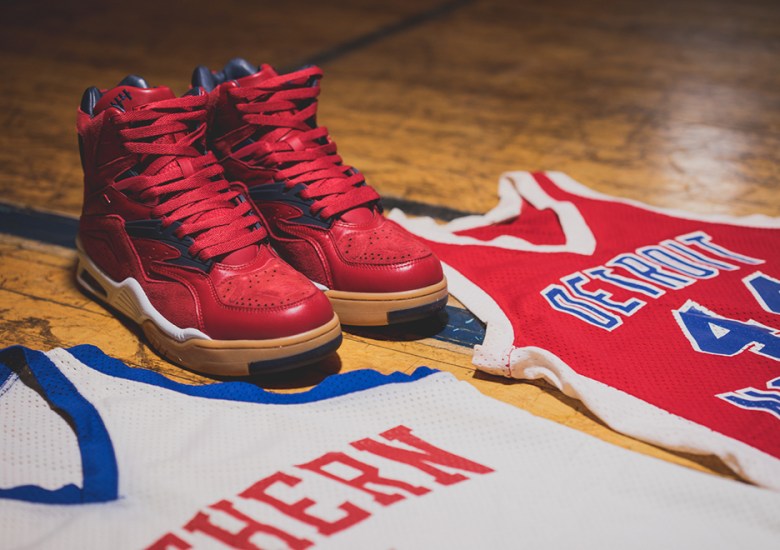 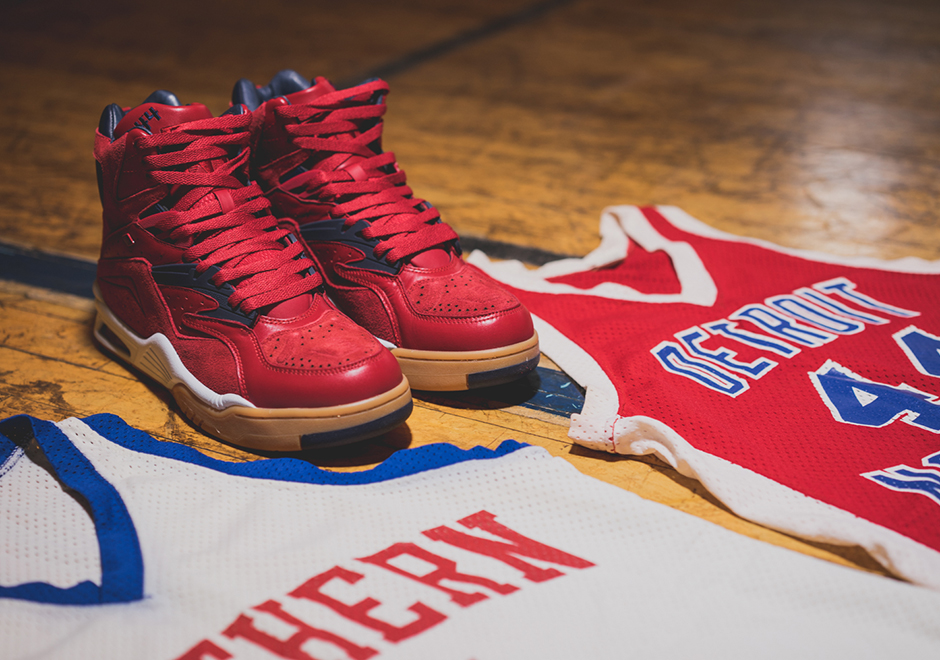 For their upcoming team-up with British Knights, Burn Rubber not only pays tribute to their own regional roots, but also to another well-known Detroit product – local basketball great, Derrick Coleman. In addition to growing up in the Motor City and playing his high school ball at Detroit Northern, the inspiration for this project also appropriately ties back to the fact that DC was the flagship athlete endorser for British Knights back in his early playing days with the Nets. Burn Rubber honors his history with the brand and the city with this special edition of one of Coleman’s signature models, the Enforcer Hi, decked out in a tonal red suede/leather upper with navy accents as a call-out to his high school uniforms. The shoe also features Derrick’s number 44 on the tongue, personalized DC/BR heel embroidery, and a classic gum outsole equipped with Dymacel cushioning technology. As a final touch, the insoles show a beat up old hardwood court with a list of the spots where Coleman played as a kid. Look for the shoe to release exclusively at Burn Rubber this Friday, December 5th, helping to kick off the annual DC Elite charity function, which features a tournament of top high school teams from the Detroit/Chicago area. 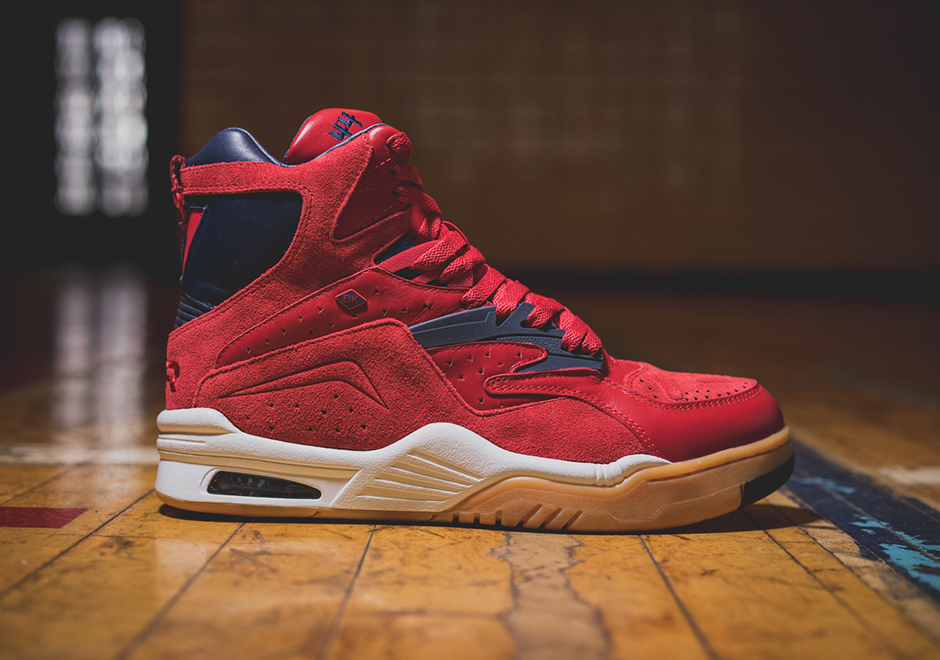 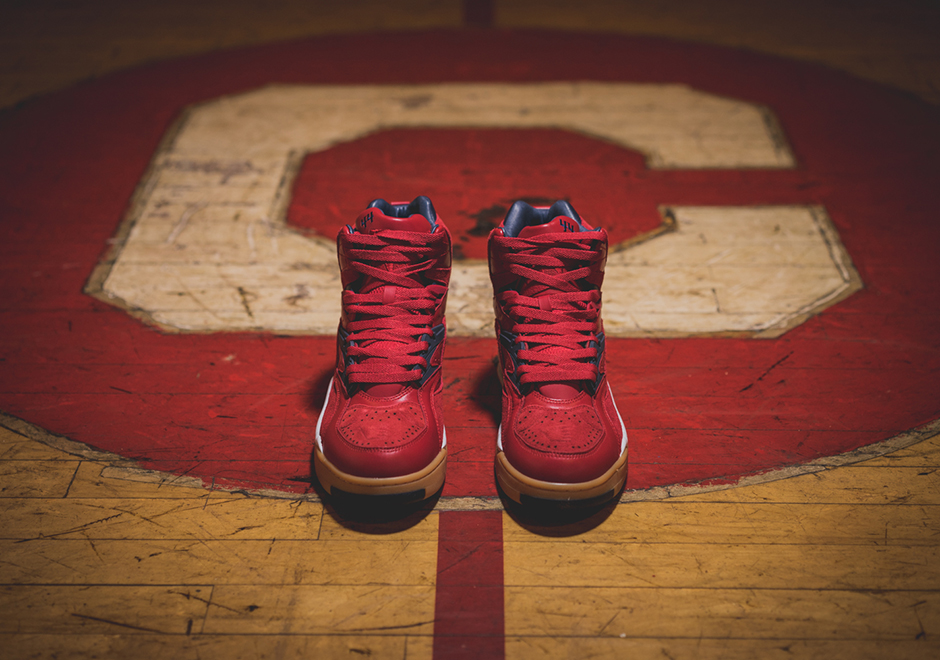 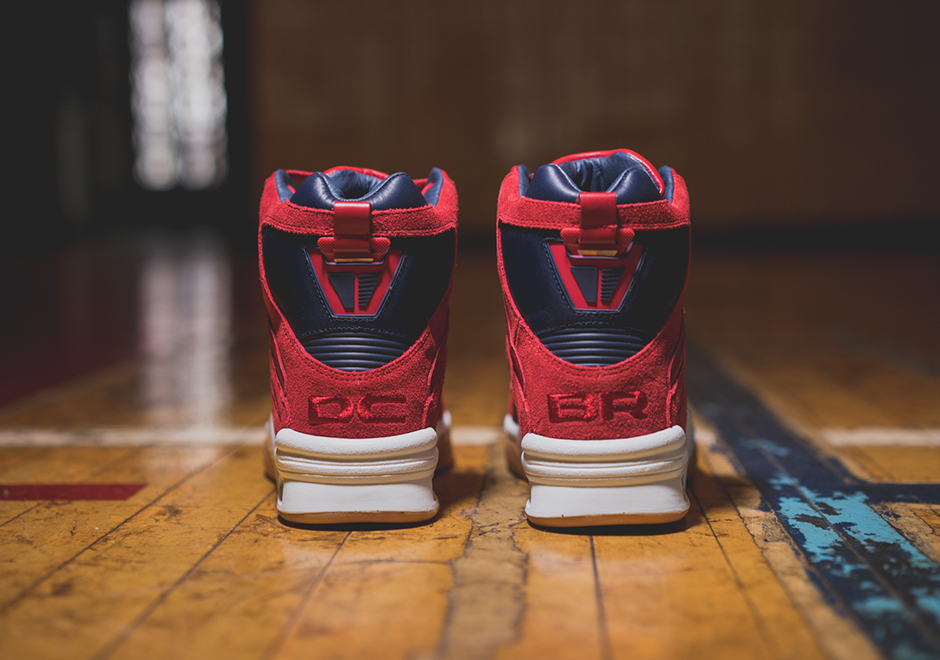 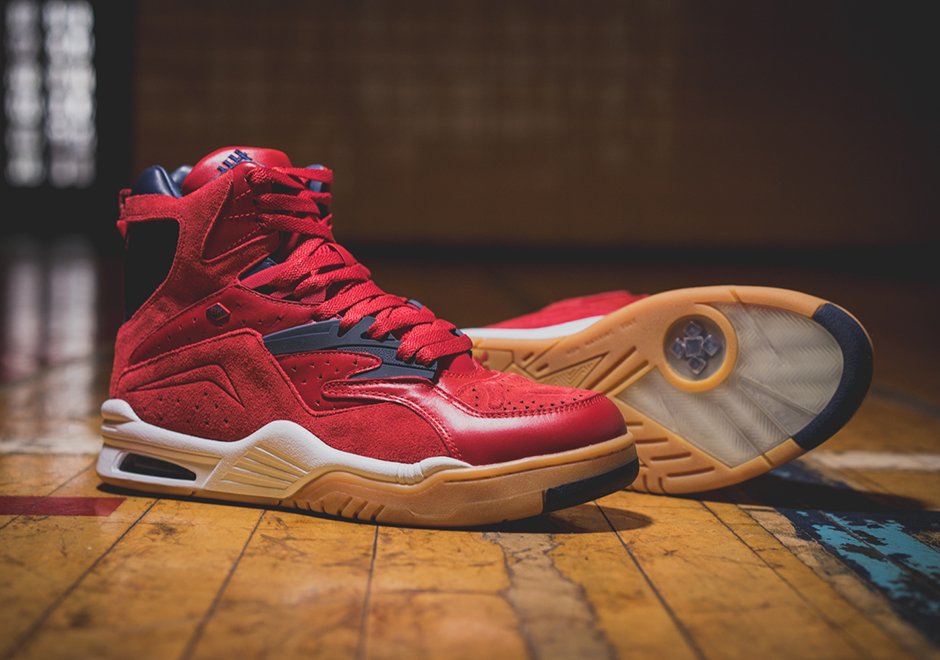 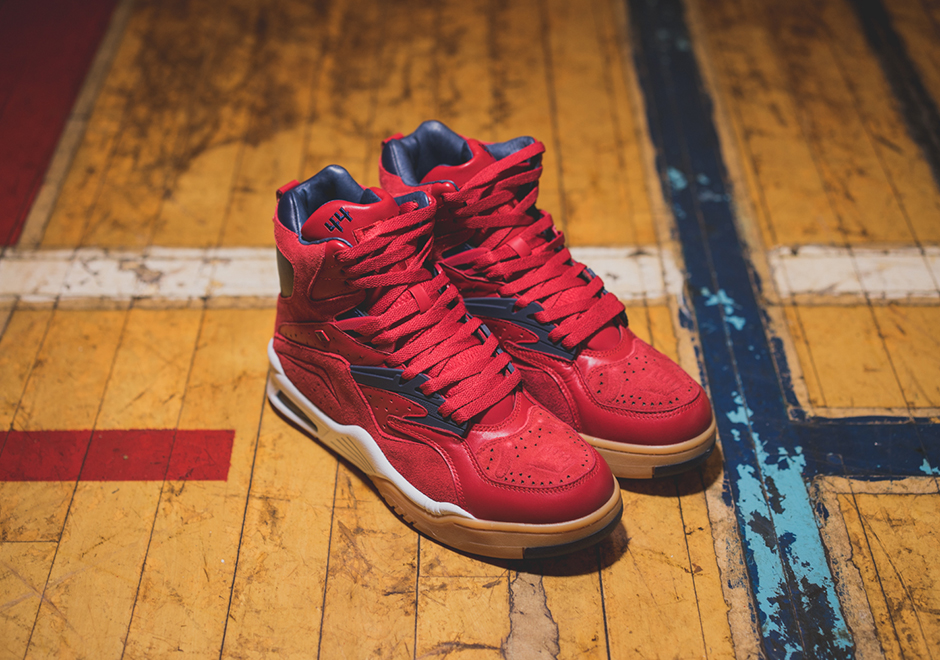 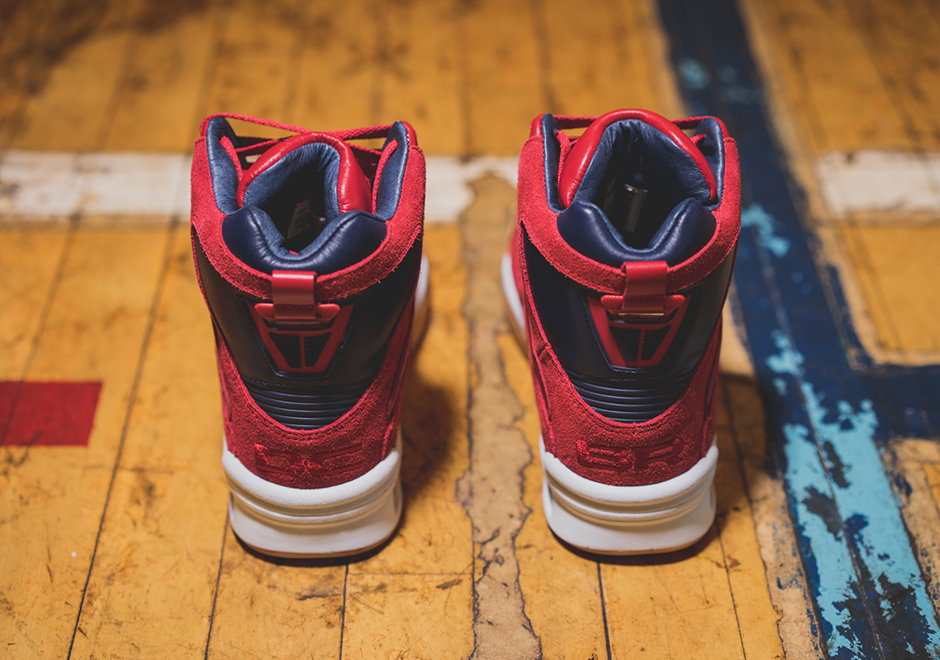 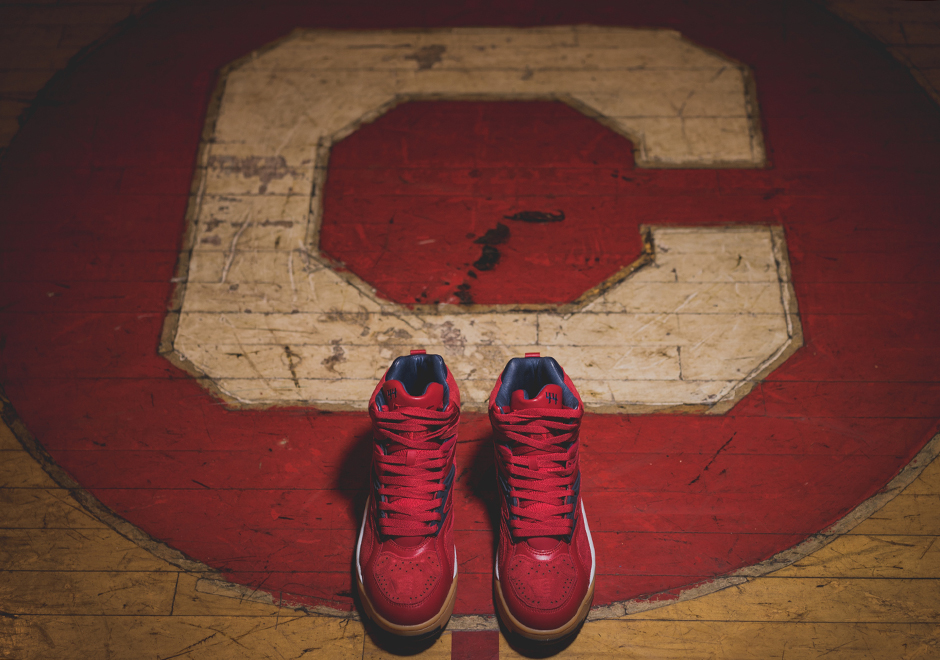 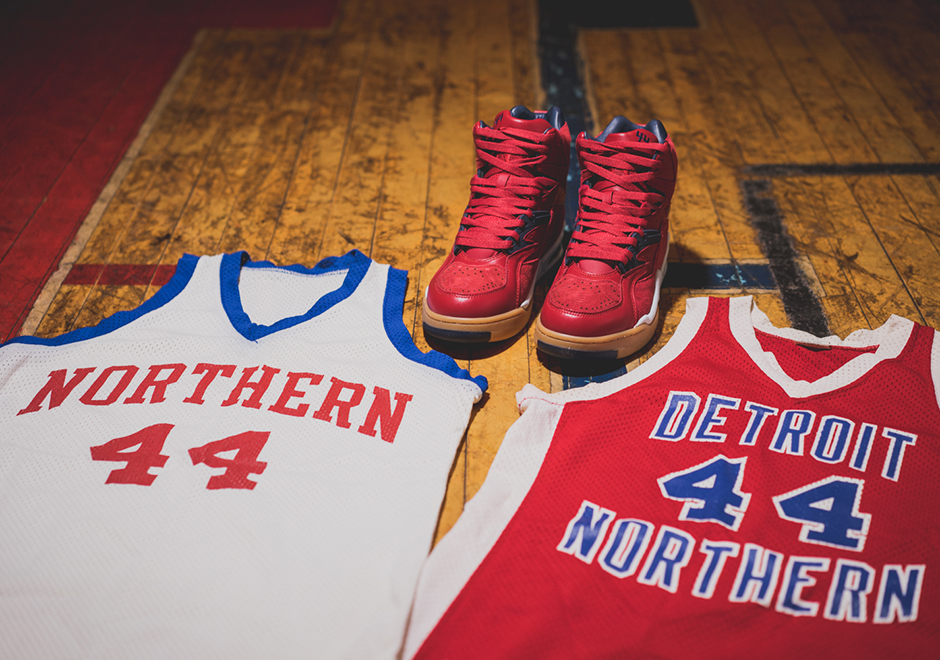 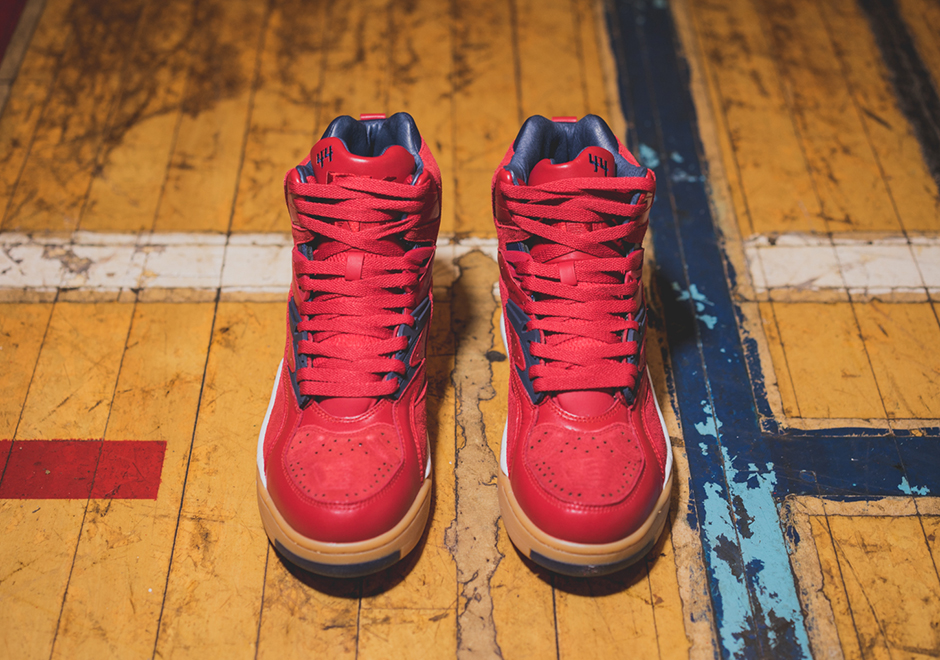 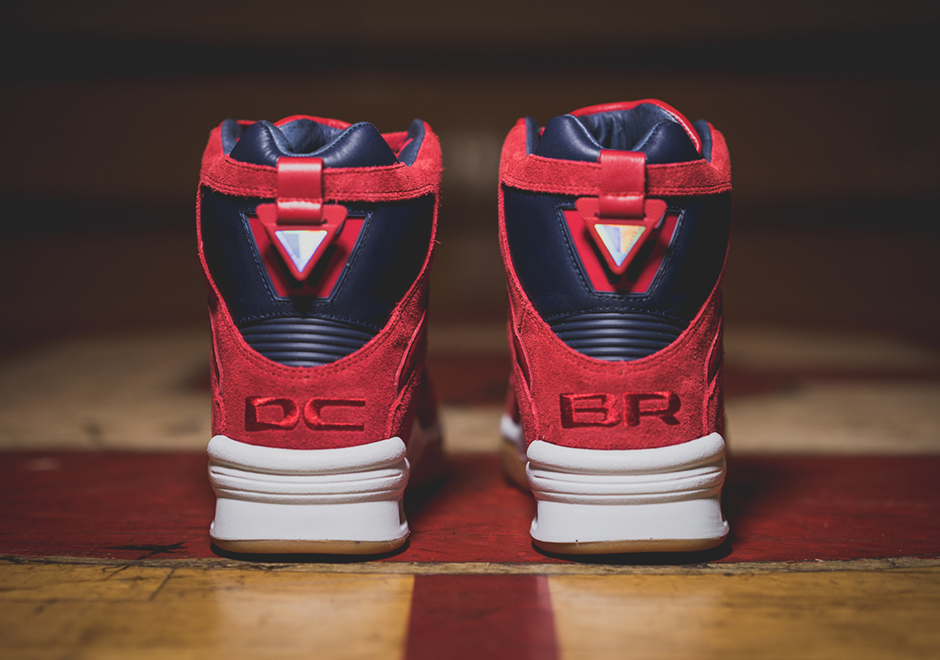