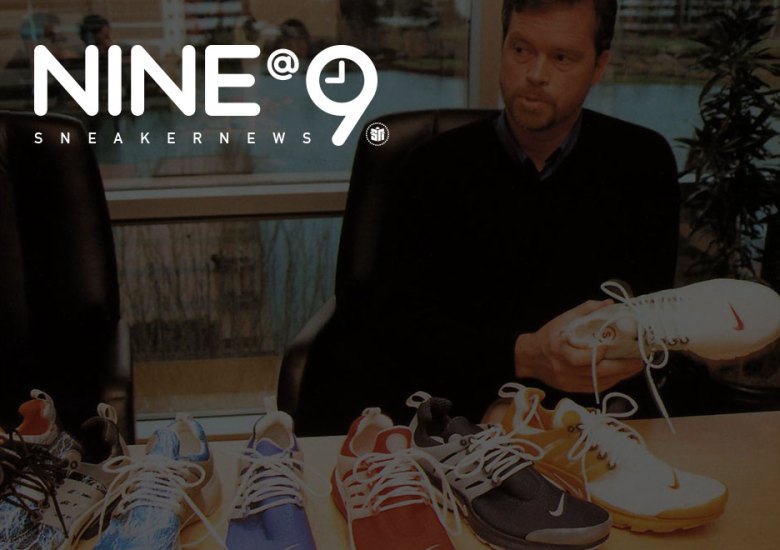 Sneaker News NINE@NINE: Footwear Designs Ahead Of Their Time 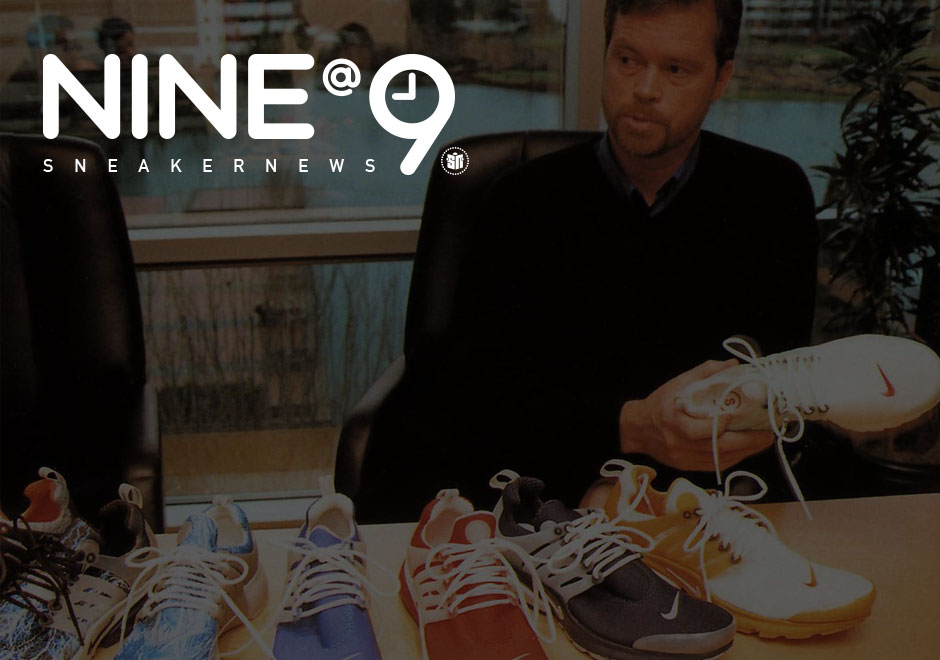 The big talk of the sneaker world this week is the Nike Air Max Zero, a historically-inspired new sneaker within the ever-growing Air Max lineage. As the story goes, the shoe is inspired by an original preliminary sketch by Tinker Hatfield of the Air Max 1, the legendary and still beloved first sneaker with visible Air. The Air Max 1 has had an immeasurable impact on the sneaker world, and its ahead-of-its-time design got us thinking about other game-changing sneakers throughout the years. For tonight’s edition of Sneaker News NINE@NINE, we’ll take a look at a few of the most radical, ground-breaking, tech-filled, and stylish designs that have all helped make sneakers what they are today. 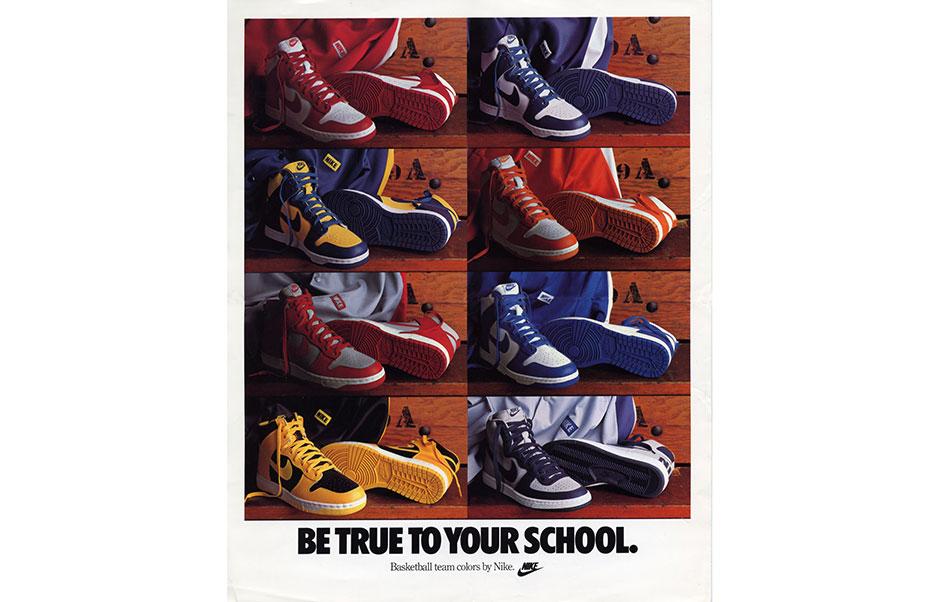 Nike Dunk “Be True To Your School” Series
Look back in the history of basketball shoes, and until 1985, you don’t see much color. For the most part, it was all-white sneakers with a team-matching accent color, or in the craziest cases, a green, red or blue suede upper. That began to change in 1985 when the Nike Dunk released in a variety of vibrant color options designed for top Nike-sponsored college teams of the time. Along with the Air Jordan 1 that released around the same time, Nike began to challenge the dull colorway traditions of basketball—and the whole athletic sneaker world. 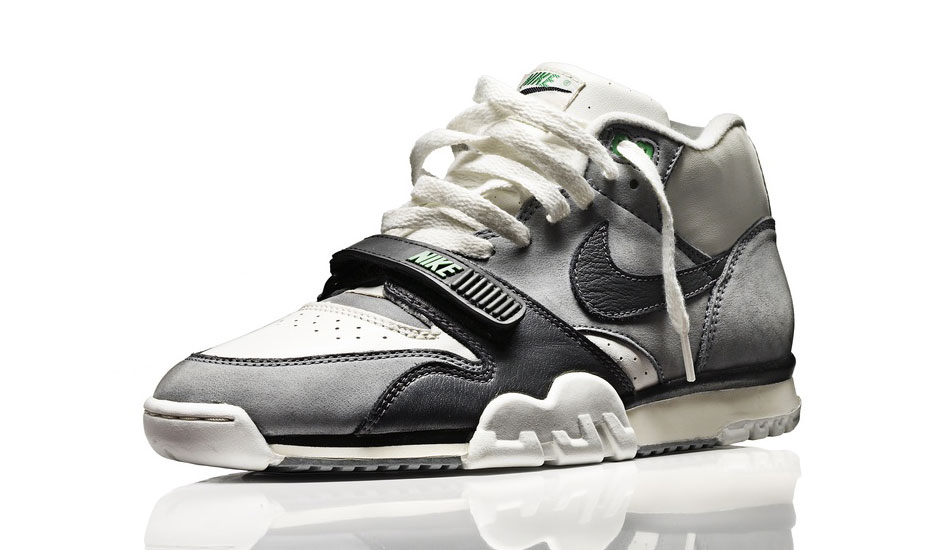 Nike Air Trainer 1
One of Tinker Hatfield’s first masterpieces, the Nike Air Trainer 1 was designed as the first multi-sport sneaker, suitable for use in any number of sports from basketball, to tennis, to weightlifting. Critics in the upper management at Nike were worried the multi-use shoe would result in less sales since people wouldn’t need multiple pairs of shoes for every sport they played. But the versatile design ended up literally creating an entirely new category of footwear—cross-trainers—which Nike and other brands are obviously still reaping the benefits from today. 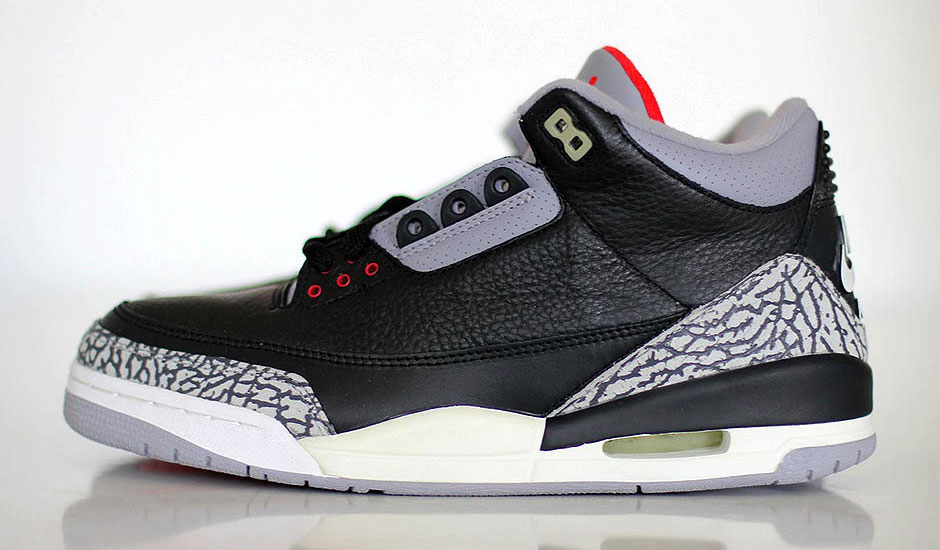 Air Jordan III
Technology-wise, there isn’t anything that groundbreaking about the Air Jordan III. It was the first Air Jordan to have visible Air, but there were already other Nike models with that tech. What makes the Air Jordan III so groundbreaking is its bold, never before seen use of materials. Of course we’re talking about the elephant print, to be exact. The exotic print led the way (along with the Air Safari) for wild prints and patterns—motifs that can be found on at least one version of almost any sneaker released today. 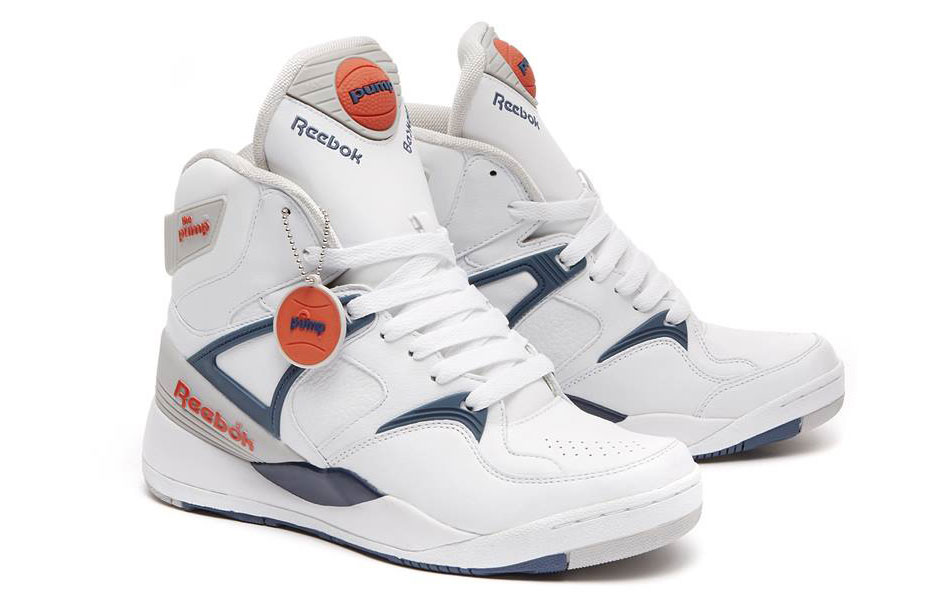 Reebok The Pump
Pump it up! Reebok had their first worldwide success and still most iconic technology debut in 1989 with the first-ever shoe with Pump technology, a basketball sneaker named simply The Pump. If you know anything about sneakers, you know the impact the Pump has had on the entire sneaker world, especially in the early 1990s when every kid wanted shoes with a pump on the tongue. Standing the test of time, Pump tech has made intermittent comebacks throughout the years, and was just reinterpreted by Reebok once again in the Z Pump running shoe. 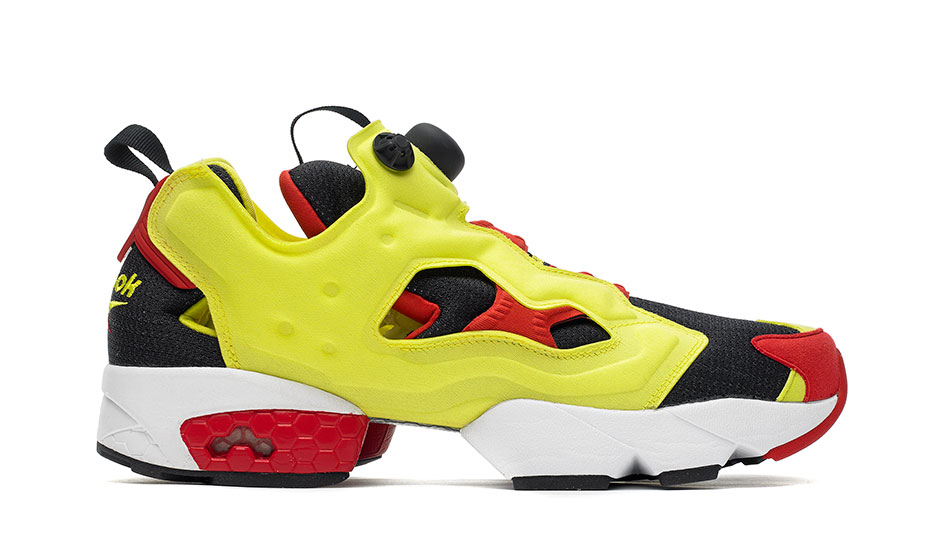 Reebok Instapump Fury
Reebok’s first major update to the Pump was the Instapump, which utilized a carbon dioxide gun to rapidly Pump up the air chamber, instead of the “old-fashioned” way by hand. But we’re not here to talk about the Instapump tech so much as we are the Instapump Fury, the shoe that debuted it. The Fury, with its laceless and radically minimal design was so ahead of its time that some people today still don’t quite understand it. So imagine what a shock it was when it released in 1994. The die-cut upper, the midfoot Graphlite plate (which predates the carbon fiber plate of the Air Jordan XI by two years, by the way), foot-hugging Pump chamber exoskeleton, and the bold and bright colorway all add up to one of the most ahead of its time sneakers ever. 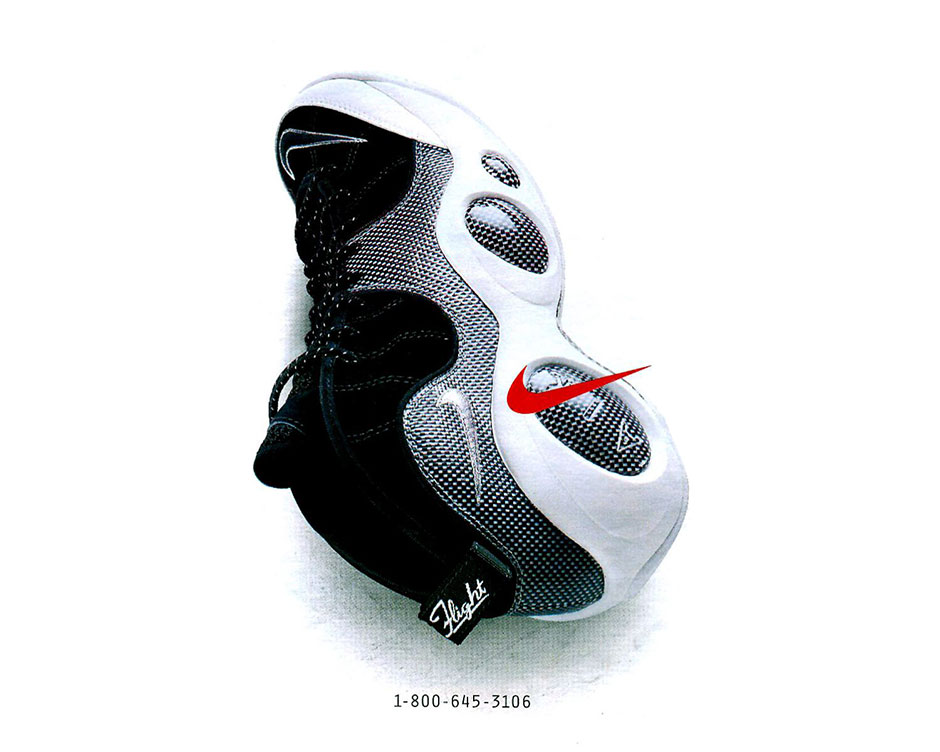 Nike Zoom Flight ‘95
Both the design and technology of the Zoom Flight ‘95 make it ahead of its time, with the futuristic “bug eye” design, carbon fiber coated upper and perhaps most importantly, the Zoom Air cushioning. One of Eric Avar’s earliest landmark designs, the Flight ‘95 was the first basketball shoe to be labeled as having Zoom Air (although the tech was found in a few earlier models like the Air Go LWP under its first moniker of Tensile Air) and was an obvious precursor to Nike’s innovative Alpha Project initiative of the late 1990s and early 2000s. All said and done, the Zoom Flight ‘95 ranks high on many all-time favorite basketball sneaker lists. 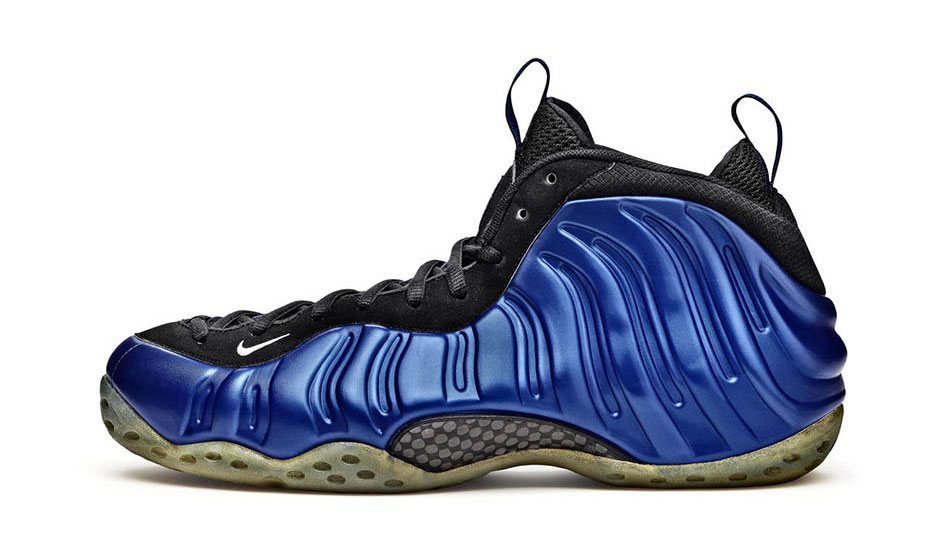 Nike Air Foamposite One
Even more popular today than when it first released in 1997, the Nike Air Foamposite One was like no other shoe before it. Another Eric Avar masterpiece, some sneaker buyers were in awe of the futuristic look, high-tech material, and metallic blue colorway. Then came the $170 price tag, which was ahead of its time in its own respect. 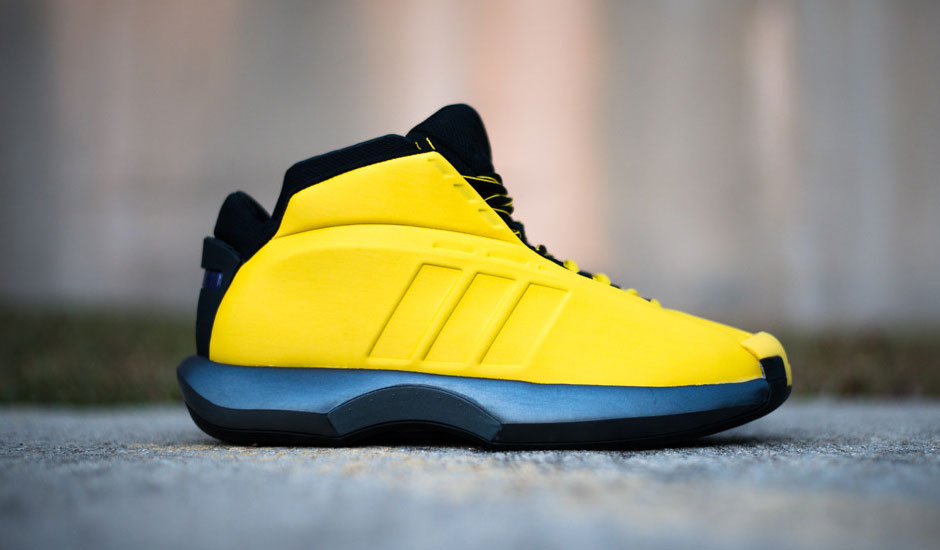 adidas The Kobe
The adidas Kobe line was Kobe Bryant’s first signature shoe with adidas, who signed him as he entered the NBA in 1996. The adidas Kobe, which debuted in 2000, was inspired by the Audi TT, and like the car, the shoes appeared to have traveled back in time from the distant future. The first adidas Kobe featured an upper that utilized a smooth and sleek look similar to Audi’s prized concept-turned-production model, and the molded upper was unlike any other sneaker on stores shelves at the time. The sequel to the adidas Kobe was the Kobe Two, a sneaker that took a few steps further into a completely different era of design aesthetic. 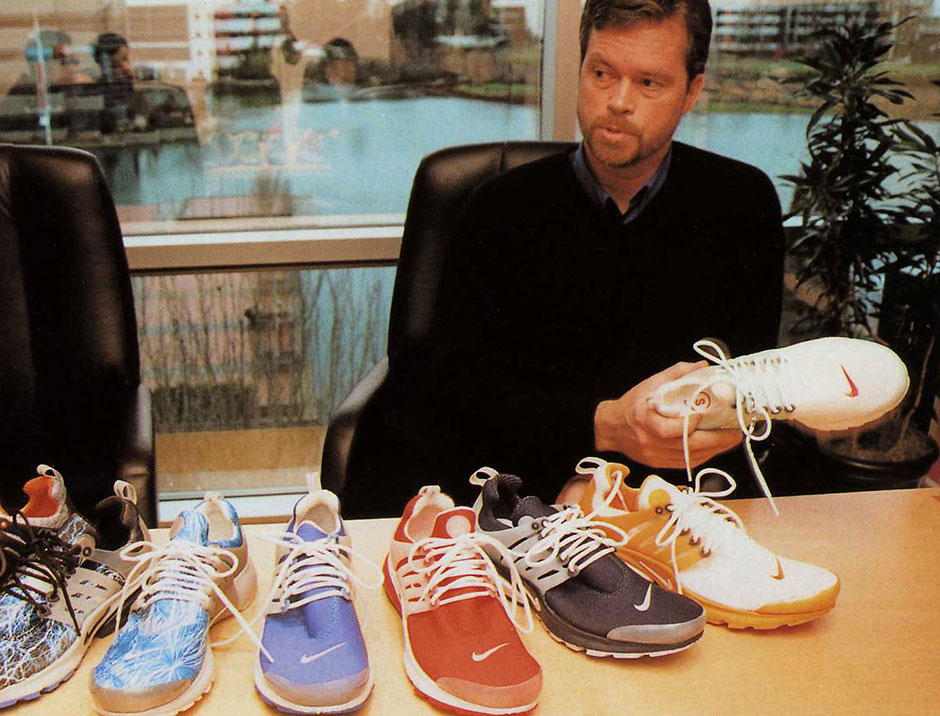 Nike Air Presto
The Air Presto was part of Nike’s famed Alpha Project, a sector that focused on bringing in unconventional design methods for contemporary models. Everything from the iconoclastic upper (which ushered in whole new era for Nike) to the funky shirt sizes (remember, these ranged from XS-XXL rather than typical number sizing) made the Presto a work of futuristic magic.