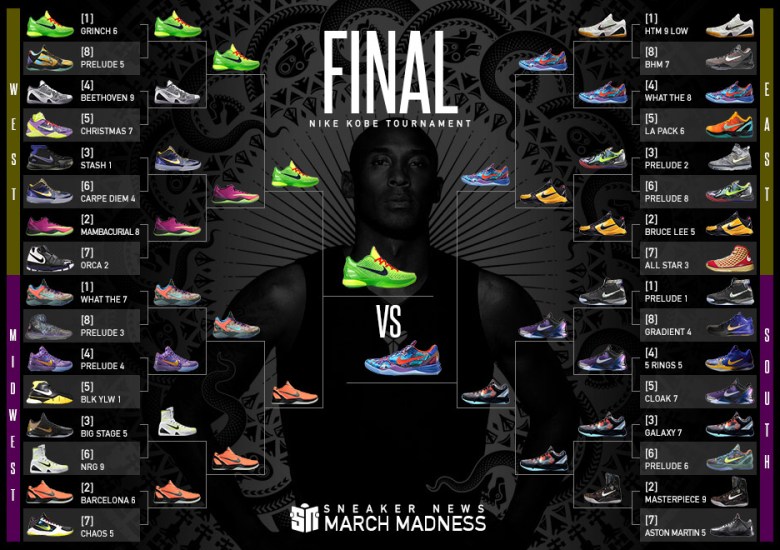 “Grinch” vs. “What The”? The Nike Kobe March Madness Final Is Here 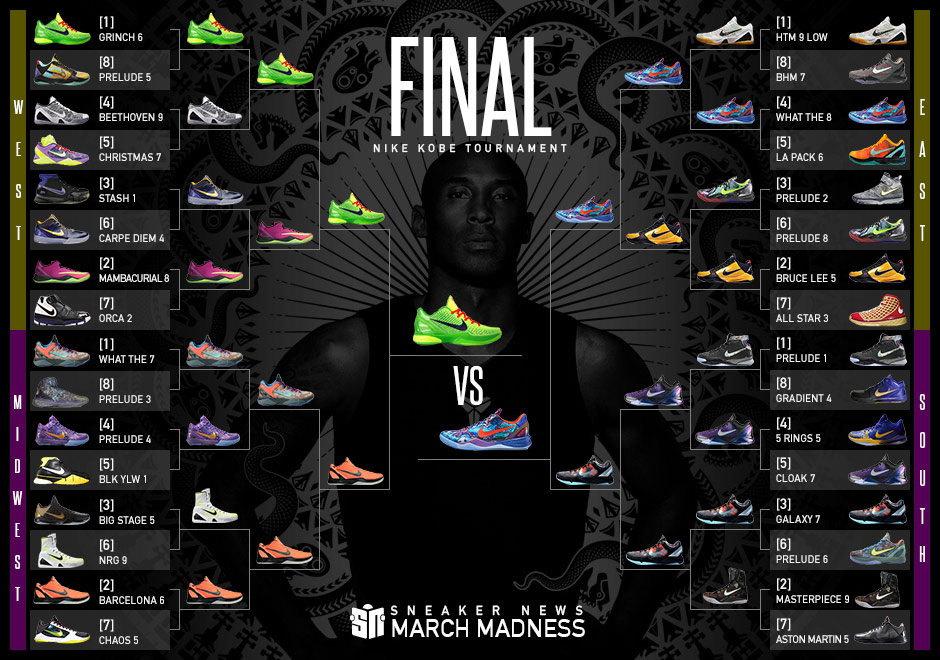 After one month of tournament-style battles, the Sneaker News March Madness Nike Kobe tournament is ready to be wrapped up with one slugfest for the ages. The outcome will determine the winner of this sudden-death gauntlet that featured thirty-two of the best Nike Kobe sneakers in history. One on side, we have the Nike Kobe 6 “Grinch”, a sneaker considered to be a pre-tournament favorite. Its opponent is a surprise – the “What The” Kobe 8 that hit stores in 2013 to much fanfare. The final match-up may not be what you expected, but it’s up to you ensure one of these two as the greatest Nike Kobe of all-time. Will it be the “Grinch” or “What The”? Vote now.

Originally releasing in late 2010, the Nike Kobe 6 “Grinch” first hit the NBA court during a Christmas day match-up between the Los Angeles Lakers and Miami Heat. This bright-green pair was originally inspired by the Green Mamba snake, but the anti-hero persona of the Grinch was a perfect fit for the menacing Kobe Bryant, who was looking for his third straight NBA title.

The popular “What The” concept, first championed by the SB Dunk, was a big player for Nike Basketball in recent years. It hit the popular Kobe 8 and the concept was a perfect fit for the Engineered Mesh upper of the shoe, which was conducive to all the patterns and colors that were included. Is it the best Nike Kobe ever?