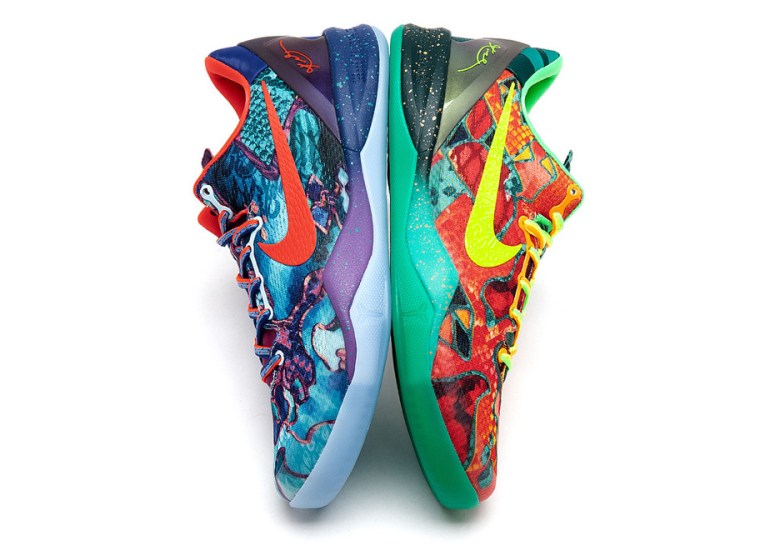 The “What The” Kobe 8 Wins Our March Madness Tournament, But Is It The Greatest Kobe Ever? 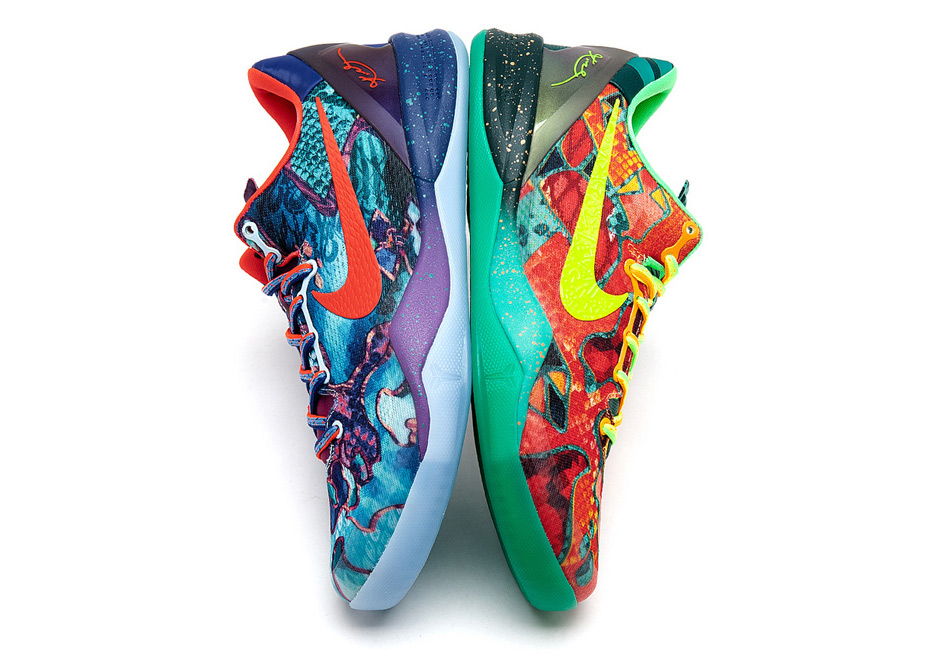 Tournament-style play is exciting for several reasons, and the prospect of sudden, unexpected upsets is one of them. For the final Championship round of the Sneaker News March Madness Tournament, we were served with the single most surprising finish, all at the hands of the voters. The “What The” Kobe 8 managed to beat out the highly favored Kobe 6 “Grinch” to take home the crown of our annual March Madness sneaker tournaments, but can we say without hesitation that this winner is the best Nike Kobe of all-time? We understand why the

multi-graphic Kobes beat out the Grinch; the trendy “What The” theme connects well with the younger audience, who make up the majority of the voter turnout, and the “Grinch” release is over four years old (released in December of 2010). The “Grinch” loss is just one of many great sneakers to have taken an early fall; the “Masterpiece” 9, “Bruce Lee” 5, and many other higher seeds have fallen victim to the bracket-busting upset. What do you think about the outcome of the tournament? See the results here.