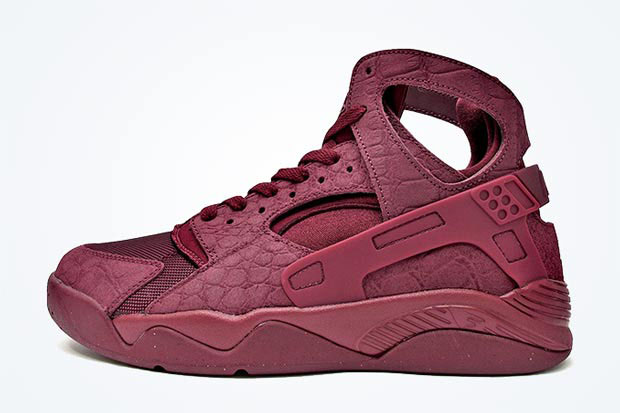 The legendary Nike Air Flight Huarache recently got an overhaul at the hands of the annual Parisian summer streetball tournament known as Quai 54. The iridescent shade was perhaps the boldest take on the silhouette that came to notoriety thanks to the accomplishments of the Fab Five. Three new monochromatic takes featuring a synthetic croc skin throughout may have just topped the Quai 54 variety though. The original neoprene mesh and ballistic tooling are still in tow, but with a new dedication to a luxurious texture on this Nike Huarache, the all black, burgundy, or a cool grey shade takes on new life. More after the break.