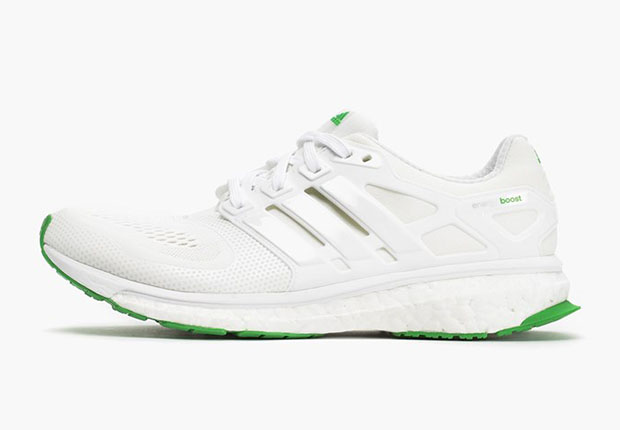 It’s been the adidas Ultra Boost that has gotten all the love since Kanye West wore the all-white pair, but it was the ESM Boost in all-white that he actually wore first. Now all the hypebeasts out there have another shot at making the similar Boost running shoe a hot eBay seller, as it drops in another all-white colorway. You’ll no doubt see hints of the classic adidas Stan Smith in this version of the high performance runner, thanks to its predominantly white upper with accents in green. Expect the adidas ESM Boost in White/Signal Green in the US soon, or get a jump on the hype by picking them up now from overseas retailers.