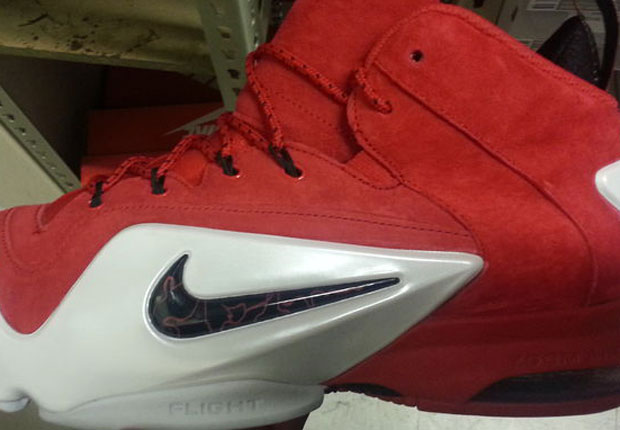 Penny Hardaway’s signature shoe line reached a whopping six models earlier this Summer. The former star guard is without question the most successful post-retirement signature athlete other than Michael Jordan, but with the falling hype around Foamposites, will the Air Penny line be a sustainable force? Nike obviously has future plans with its new sig athletes in Kyrie Irving as well as upcoming stars in Paul George and the newly branded D’Angelo Russell, so there’s a chance that the Air Penny line will eventually run its course and be retired for good. For now, more Penny shoes are on the way, like this “red suede” pair that’ll come your way on the 31st of July. Get a better look at this Penny 6 below.