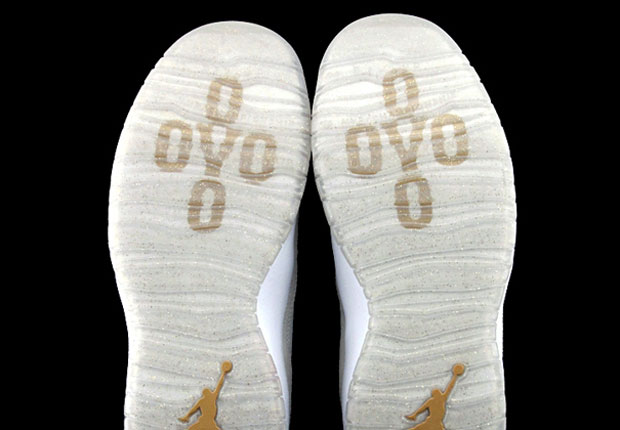 Still salty that you missed out on the Air Jordan 10 OVO when it unexpectedly released at the OVO pop-up in Los Angeles back in April? Don’t be, as the collaborative Drake pair is slated to arrive in a more widespread release in the not-so-distant future. The premium iteration of the Air Jordan 10 initially dropped in two colorways, one black and one white, each featuring a premium caviar stingray leather construction while a translucent gold-flaked outsole proudly displayed the OVO callout. When the pair arrived at the temporary Los Angeles spot, it sold for $225, but there’s no word yet on whether that price-point will stick for this sure to be limited affair. Still no word yet on a stateside release date, but rumors has this OVO themed Jordan retro arriving at retailers this fall. Drake’s signing on to become a member of Team Jordan hadn’t resulted in anything noteworthy until these exclusives started appearing in numerous previews, but with a luxurious lifestyle finish, the Jumpman proved that signing one of the world’s biggest recording artists wasn’t just for show. More photos below.