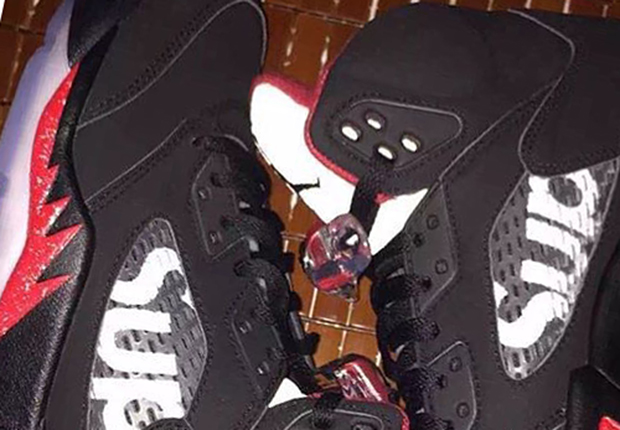 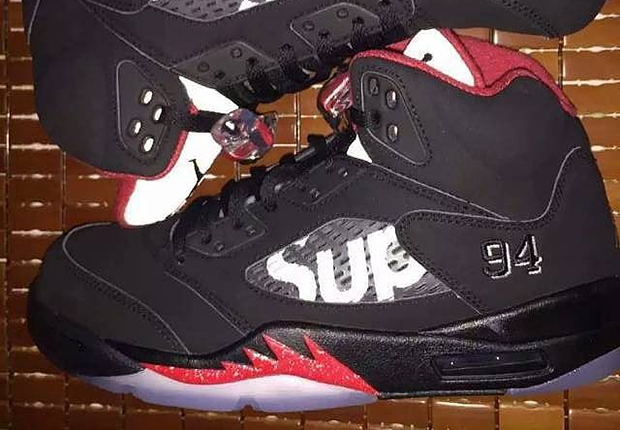 The second of three Supreme x Air Jordan 5 colorways has been revealed, and it’s something a lot closer to “OG”. This pair is a bit of an homage to the original Black/Metallic colorway of the Air Jordan V, but with some added hits of red on the sockliner and the “teeth” on the midsole. What remains is the “94” embroidery as well as the enlarged Supreme logo stuck in the translucent netting of the upper. Release info for the Supreme x Air Jordan 5 has yet to be revealed, but stay tuned for the latest updates and we’ll bring them to you when that info surfaces. 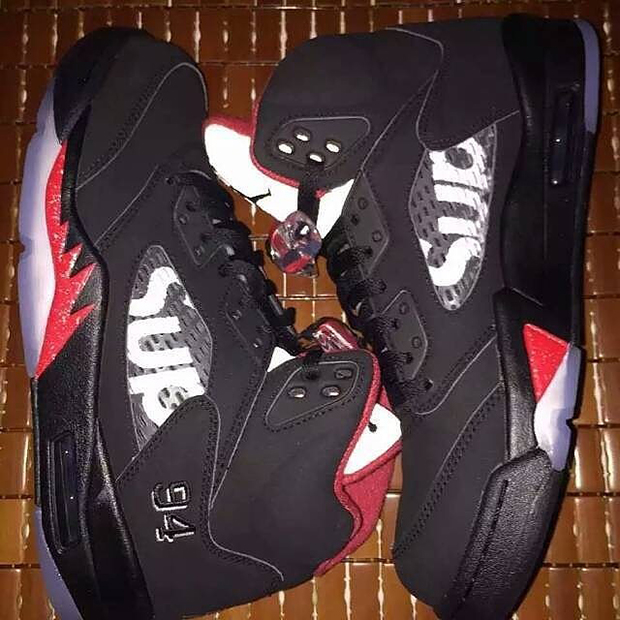