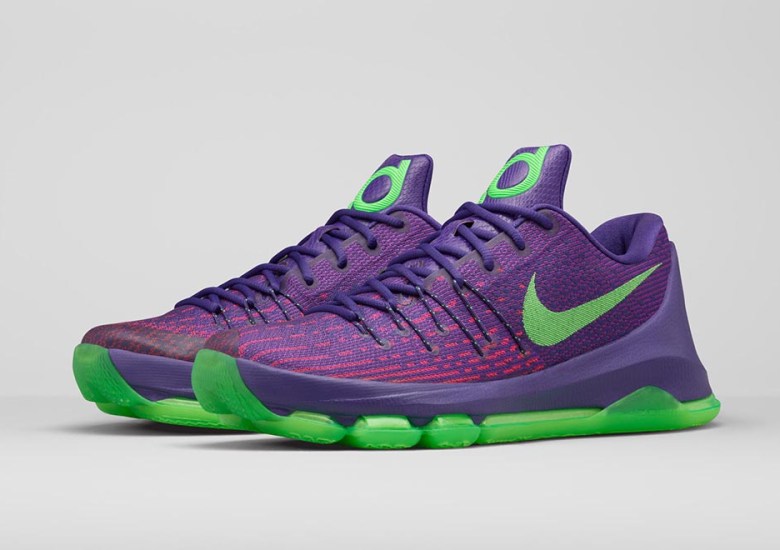 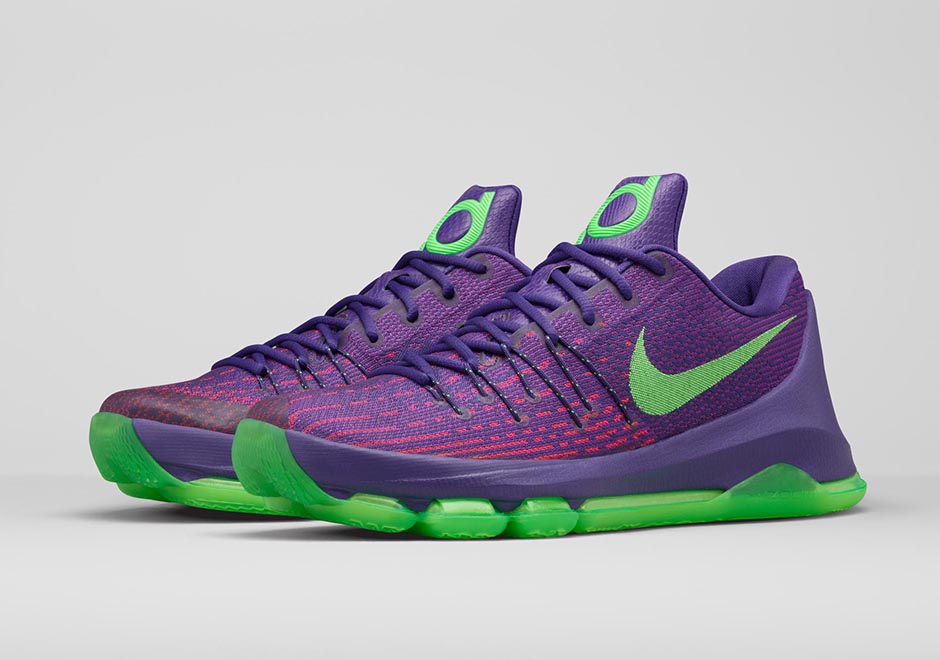 For the latest colorway of the Nike KD 8, Kevin Durant and the Nike Basketball team chose inspiration from one of the defining moments of the young superstars career thus far. After a disappointing injury plagued 2014-15 NBA season, it’s almost easy to forget that Durant won the NBA MVP honors only one year earlier. Aiming to reach the pinnacle of his talent once again for the upcoming NBA season while also remembering his achievement two seasons ago, this latest KD 8 honors Durant’s extremely heartfelt MVP acceptance speech by taking the purple hue from the suit he wore during the press conference. The famous speech that left KD in tears while acknowledging the importance of his mother on his life and basketball career will likely go down as one of the most emotional moments in NBA history, and now it’s forever remembered on his signature sneaker. Will the KD 8 lead Kevin to a triumphant return and another MVP season? Perhaps KD can also claim an NBA championship at last? Only time will tell. In the meantime, you’ll be able to pick up the Nike KD 8 “Suit” from select Nike Basketball retailers on August 14, 2015. 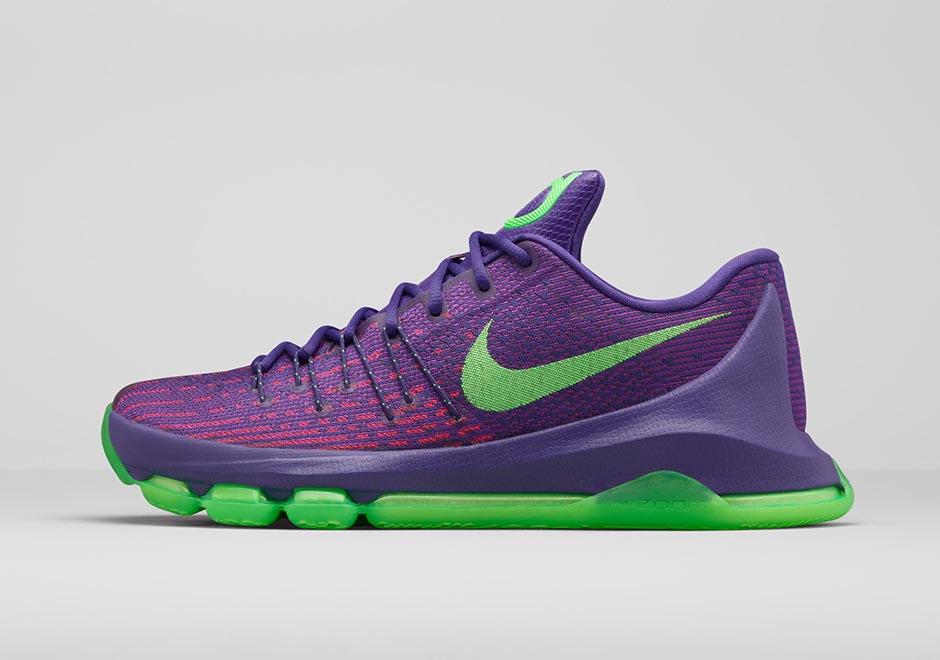 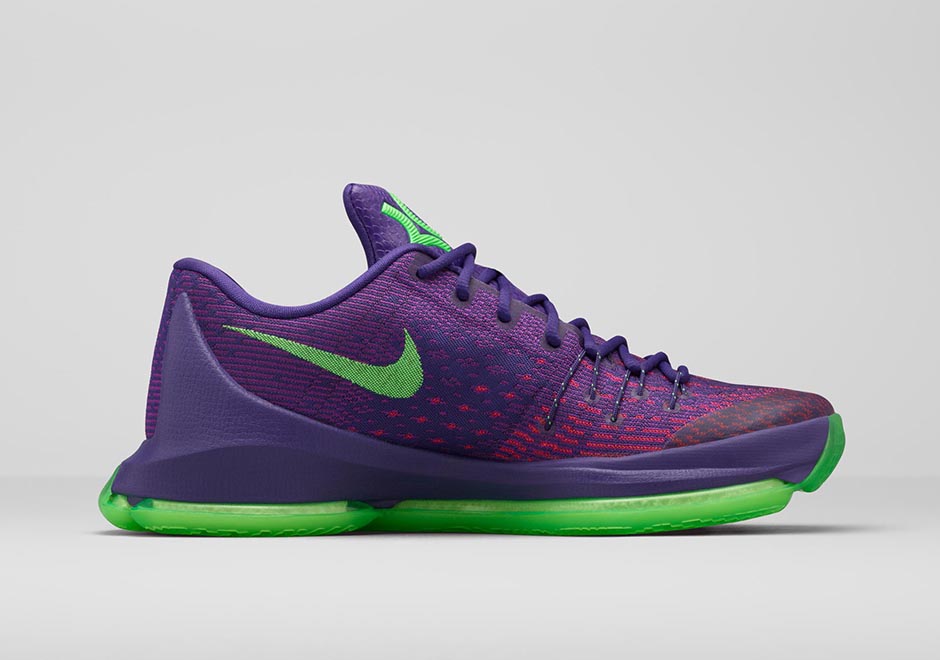 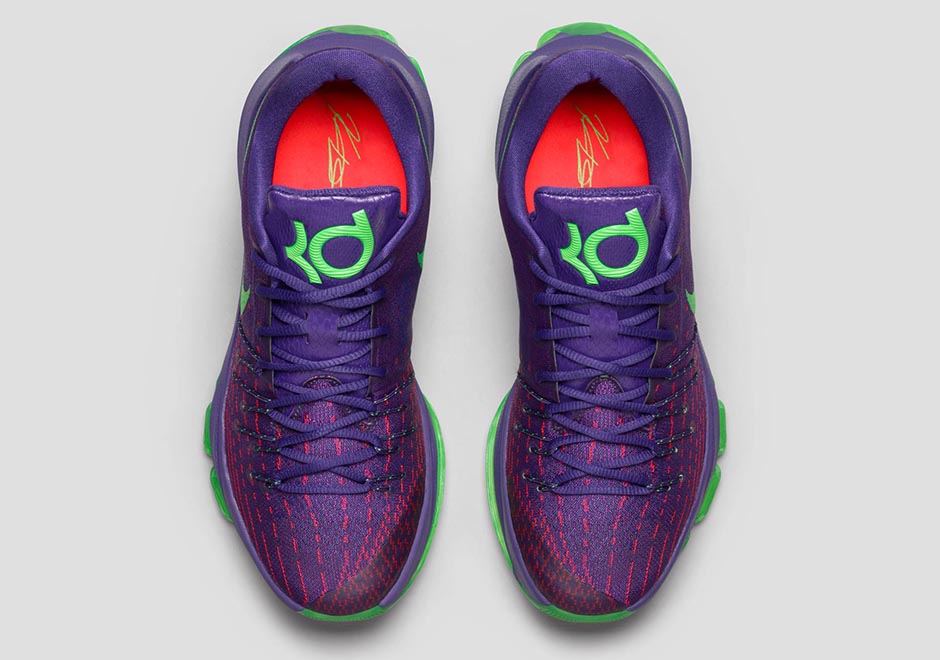 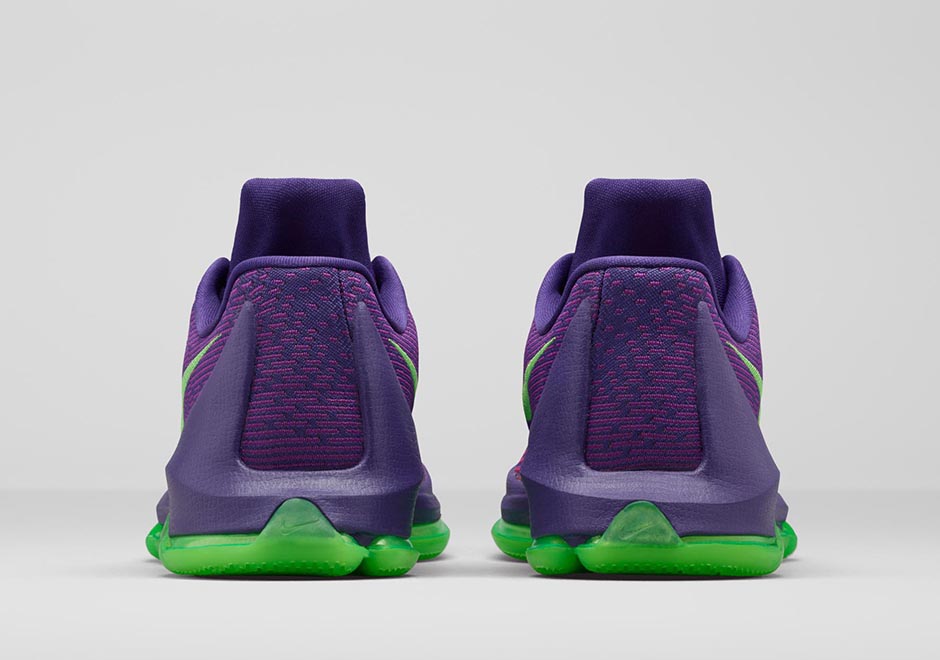 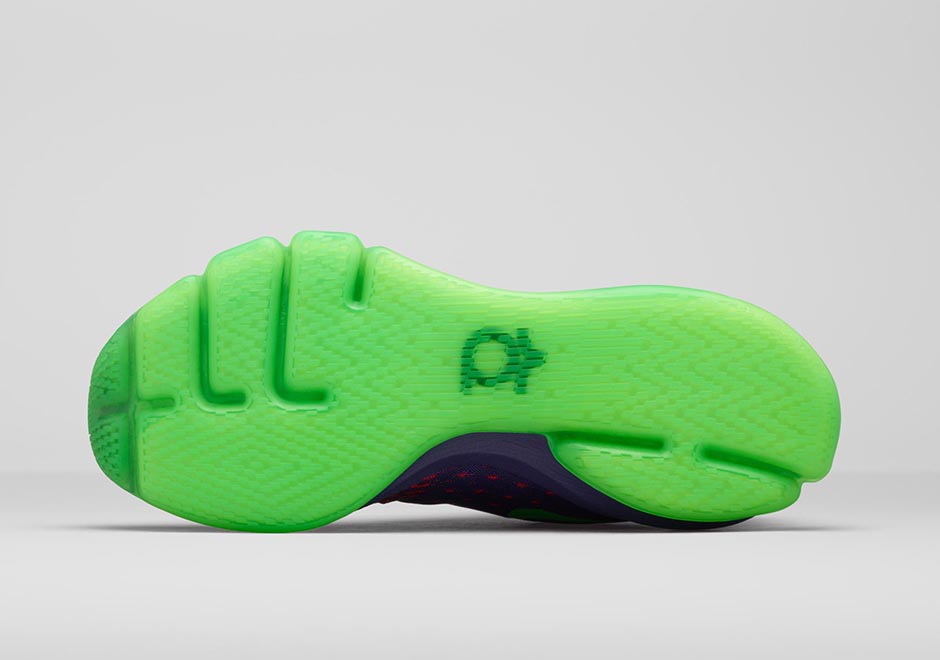 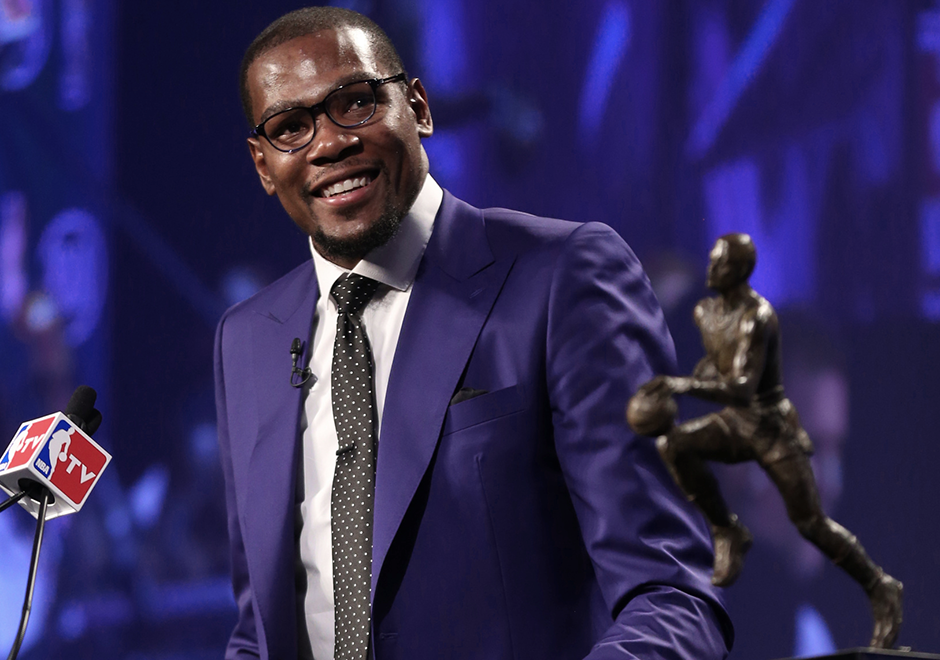