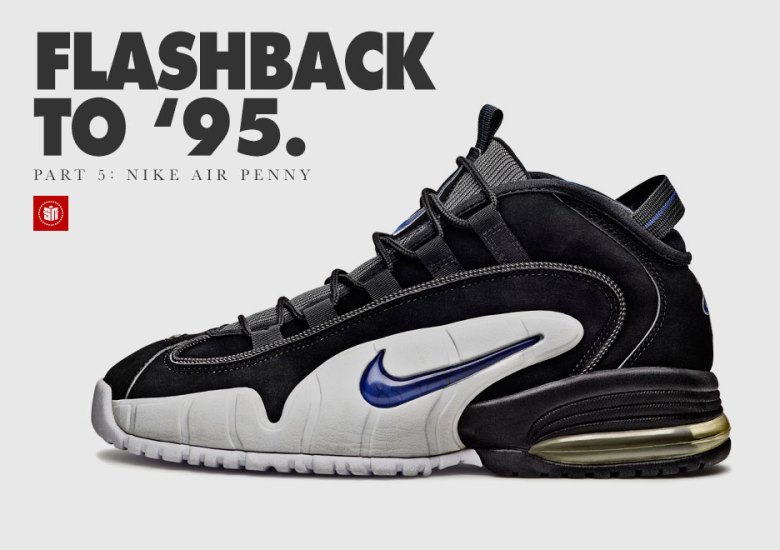 Flashback to ’95: The Nike Air Penny 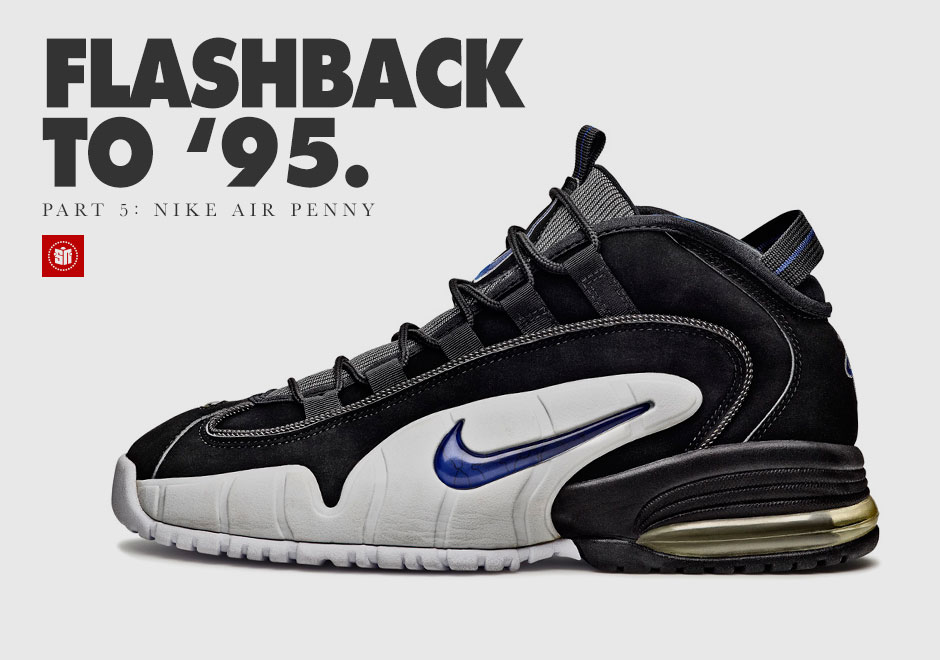 If you’re familiar with the wide array of classic sneakers that released in 1995, then you knew that this week’s featured shoe had to be coming in our Flashback to ‘95 series. The Nike Air Penny, the first model of Penny Hardaway’s celebrated signature series, made its debut twenty years ago, and is still one of the brand’s most beloved basketball models to this day. What makes the Air Penny 1 so great? Let’s flash back to see all the details of the shoe, as well as what makes it such an important entry—from the respects of both technology and aesthetics—in Nike’s hoops history. 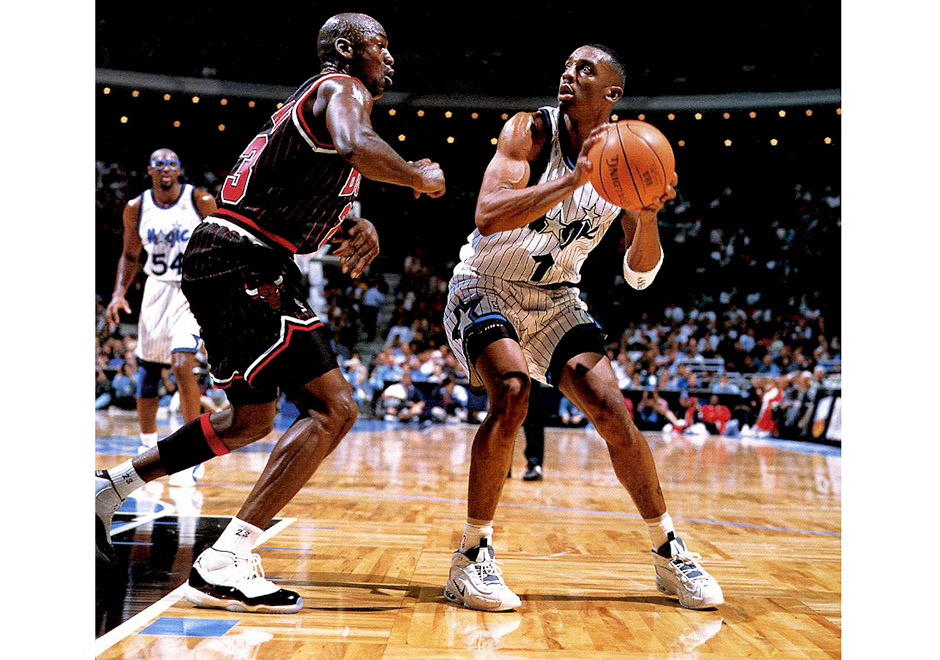 During the 1994-95 season there was a huge void in the basketball world: no Michael Jordan, of course. While MJ was off playing baseball, the NBA needed a new superstar. Guys like Reggie Miller, Shawn Kemp, Hakeem Olajuwon, and Scottie Pippen did a pretty good job of filling the void, but it was a young Anfernee “Penny” Hardaway that would become the NBA’s brightest star in the absence of Michael. With the help of Shaquille O’Neal, the versatile Penny Hardaway—who was drawing all kinds of comparisons to Magic Johnson by that point—made the relatively new Orlando Magic franchise a team that mattered, leading the squad to the NBA Finals in only his second year with the team. Brimming with talent and marketable nice-guy charisma to boot, giving young Penny a signature shoe was a no-brainer for Nike. 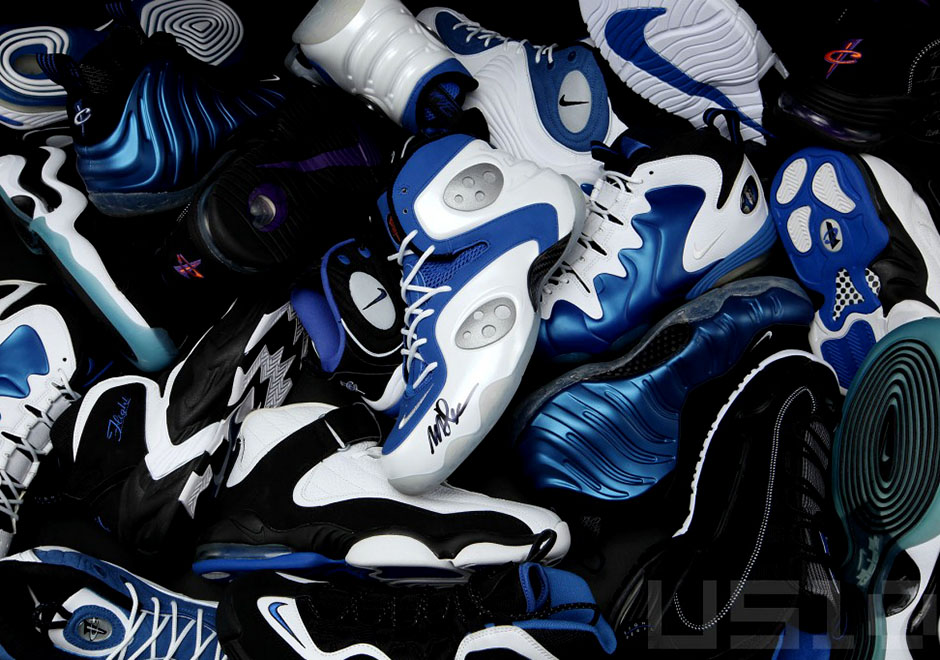 The Beginning of One of the Most Popular Signature Lines Ever

Depending on who you talk to, the Nike Air Flight One could be considered Penny’s first signature shoe. After all, the “One” in the shoe’s name and Penny’s uniform number were no coincidence. But the Air Penny was the first shoe to officially bear his name, kicking off his now legendary signature series that after Air Jordans, is right up there with the Barkleys, LeBrons and Kobes of Nike’s biggest signature basketball lines. 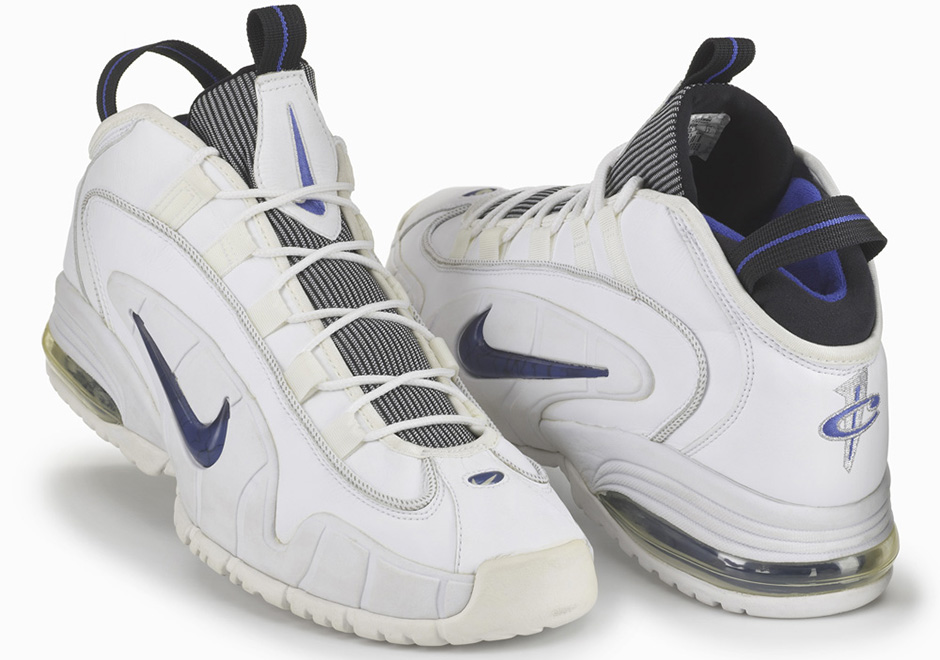 The Birth of Uptempo

Due to Penny’s multi-talented game on the court, where he was able to play anything from point guard to power forward, Nike’s design team was tasked with creating a shoe just as versatile as he was. Penny’s game didn’t quite fit Nike’s Flight models for guards or Force models for big men, so a whole new category was created with the Air Penny as the catalyst: the Uptempo line. Designed to fit nicely in between the Flight and Force lines, the Uptempo series would outfit the emerging “positionless” player that evolved throughout the rest of the ‘90s and is now so common in today’s game. 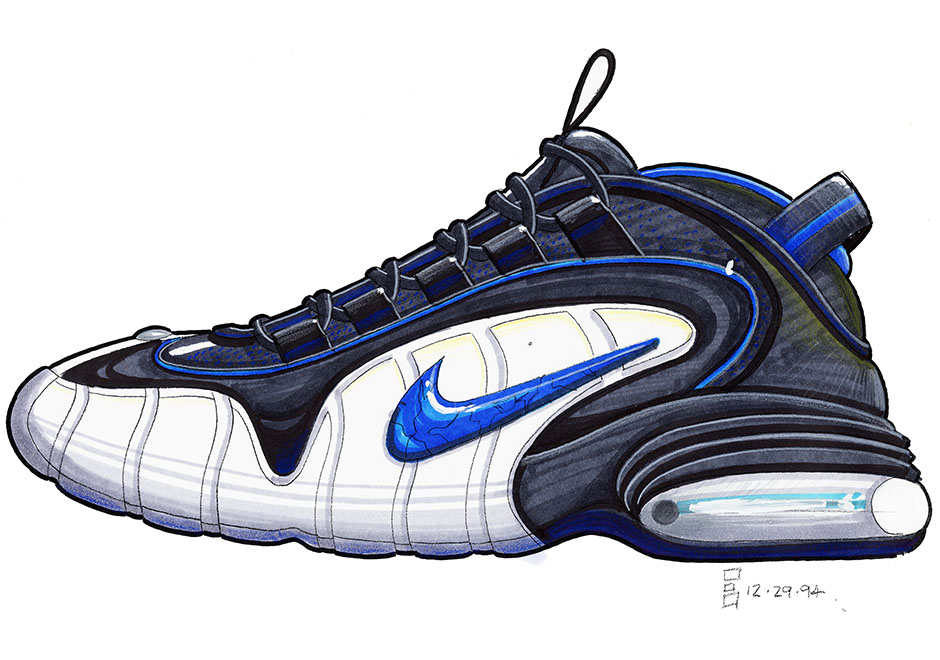 The Air Penny was designed by the now legendary Nike Basketball architect Eric Avar, who studied Penny’s style of play for the technology and overall aesthetic details of the shoe. Keying into the concept of versatility, the shoe utilized Air Max2 cushioning in the heel and Zoom Air (still called Tensile Air at that point) in the forefoot for both speed and strength. The Air Penny’s most distinct feature is most certainly the lateral Phylon support wing, which gave the shoe lightweight support for fast cuts on the court, and also a bold asymmetrical look unlike any sneaker before it. It’s now easy to see that the foam wing was an early precursor to Foamposite technology, which also just so happened to debut on a later Penny signature shoe. Other defining details of the Air Penny 1 include the large jeweled Swoosh on the wing, the pinstriped tongue inspired by the Magic’s uniforms, and the debut of Penny’s “1 Cent” logo on the heel. 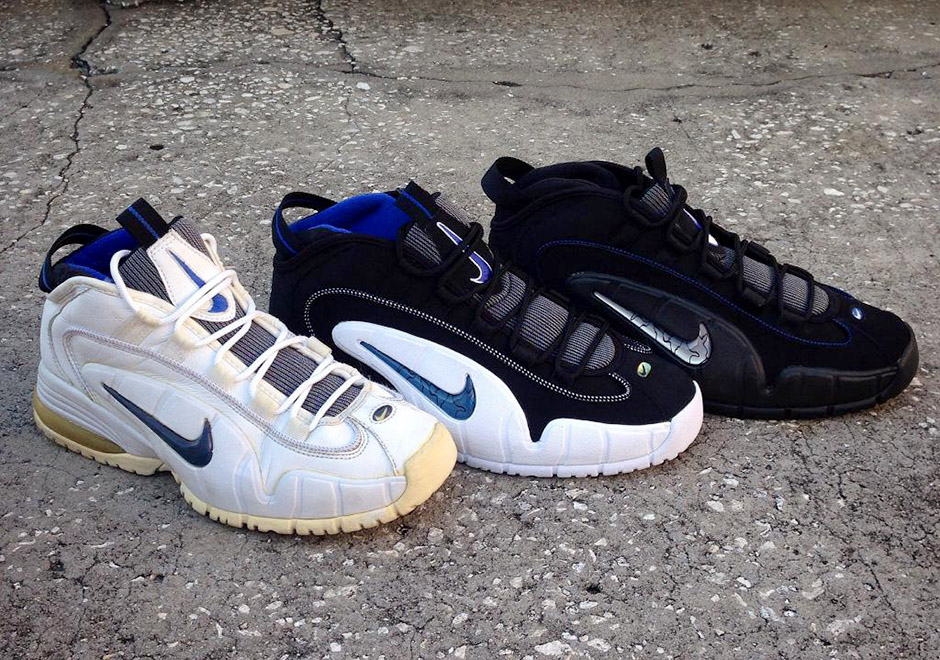 Could you imagine a LeBron James or Kevin Durant signature model only releasing in three colorways today? No way, right? But that’s all one of Nike’s most significant signature shoes ever had throughout its original run in 1995 and ‘96. The Air Penny debuted in the iconic “Orlando” color scheme, and was also released in all-black “road” and all-white “home” editions. The Orlando colorway has returned numerous times, and the all-black colorway finally retroed this year, but it’s twenty years later and fans are still waiting for the white colorway to make its first comeback.

The Air Penny also began one of Nike’s most memorable advertising campaigns ever, with the creation of Penny Hardaway’s Chris Rock-voiced half pint alter-ego, Lil’ Penny. The rambunctious, Tyra-Banks-loving, and always hilarious Lil’ Penny would help promote the signature line throughout most of its existence, and it all began with the commercial above with Penny and Lil’ Penny in the locker room before a game against “Los Lobos”. 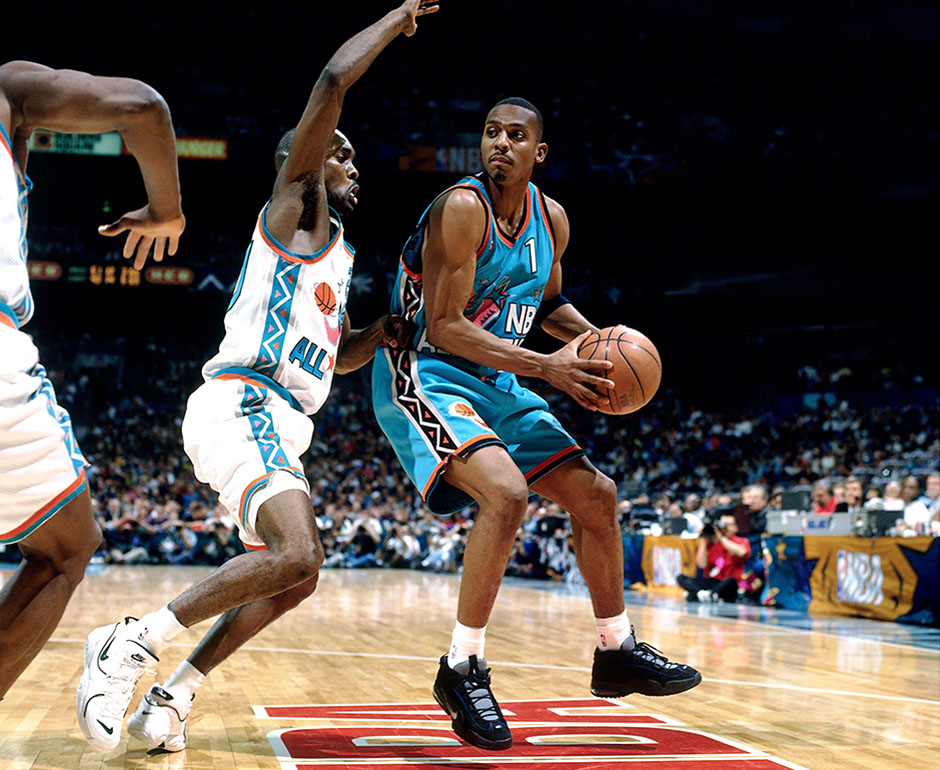 The Air Penny in Action

Flashback to ‘95 (and ‘96) in the best way possible, by enjoying a few vintage shots of Penny wearing his first signature shoe. Also, a special appearance by young Ray Allen. 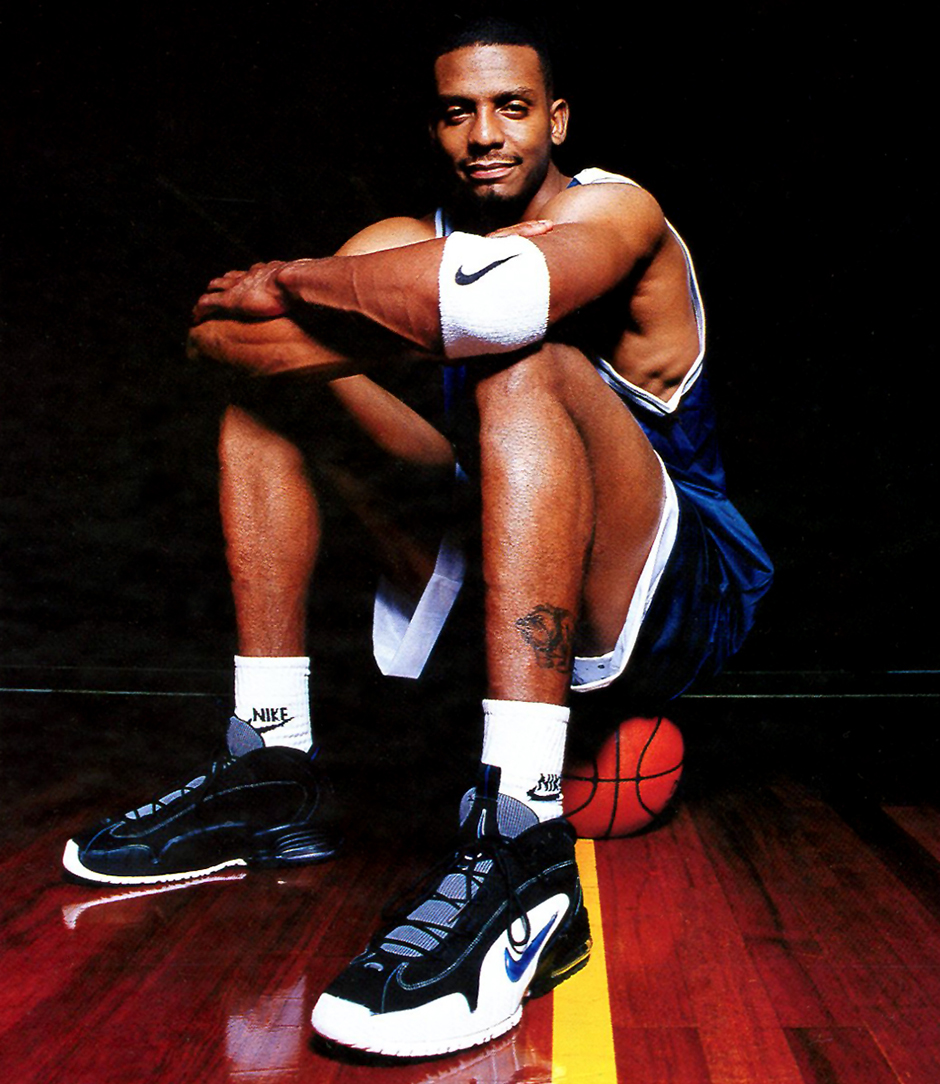 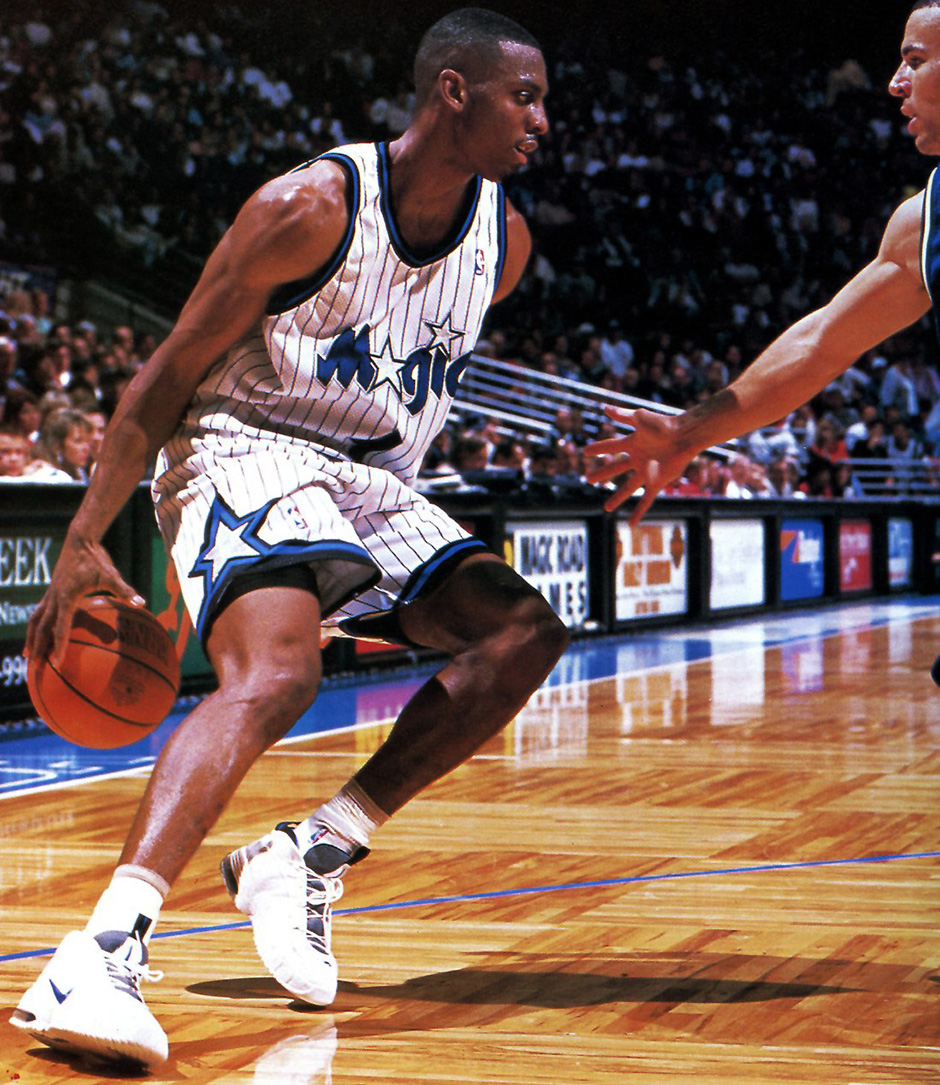 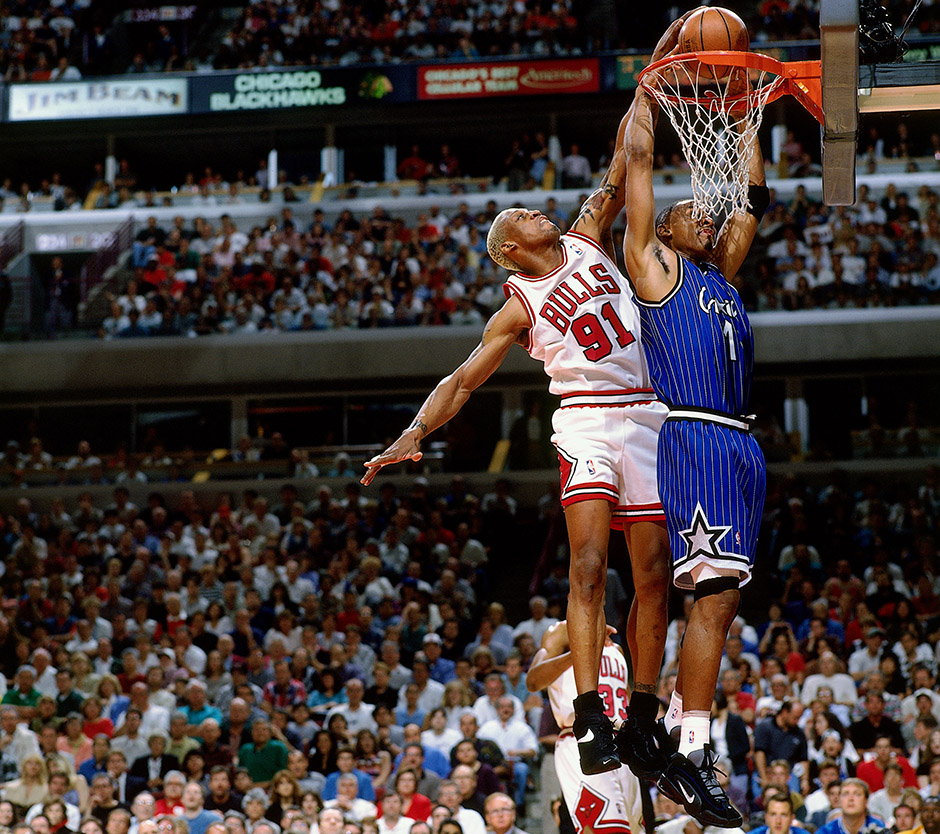 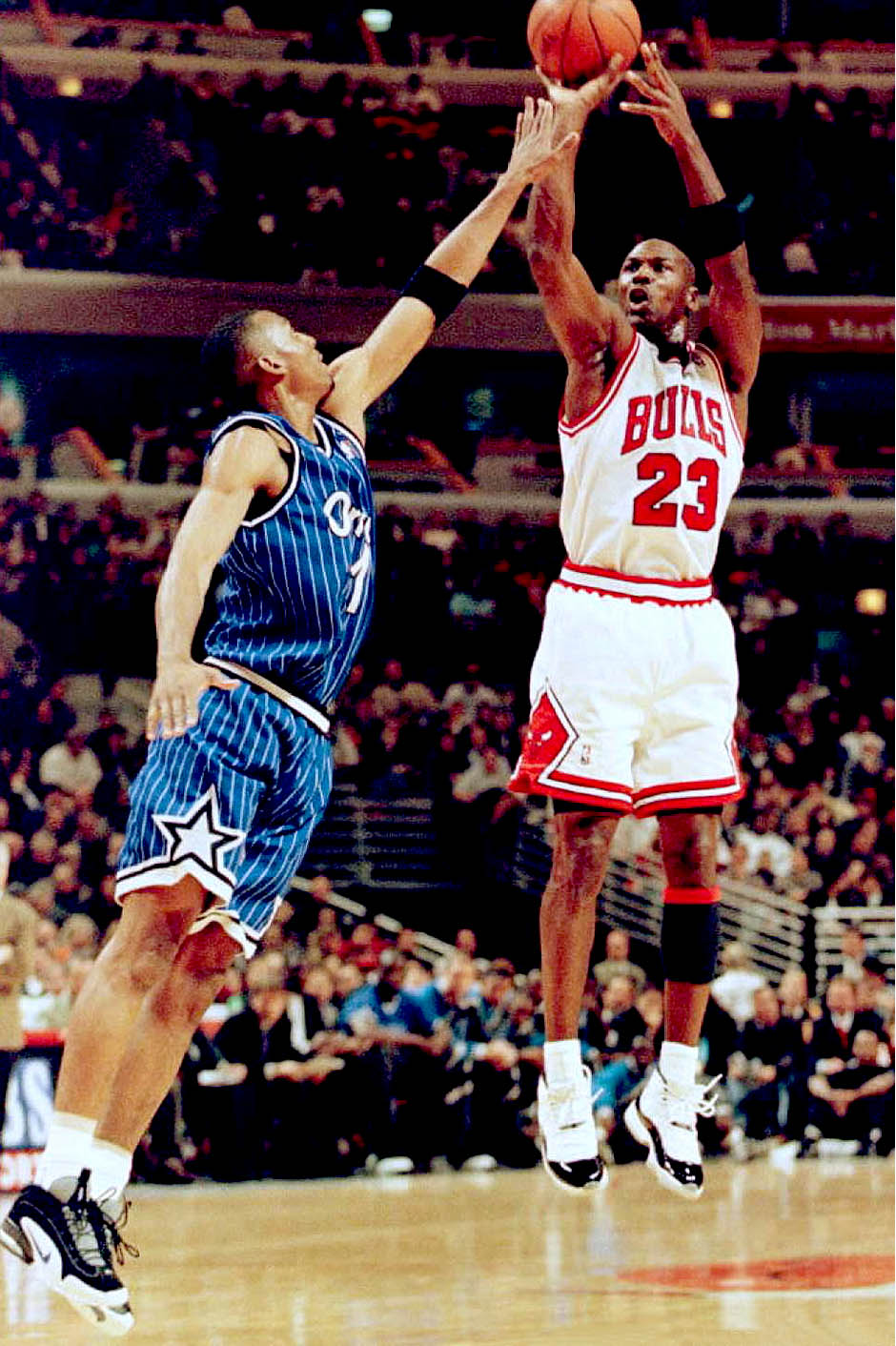 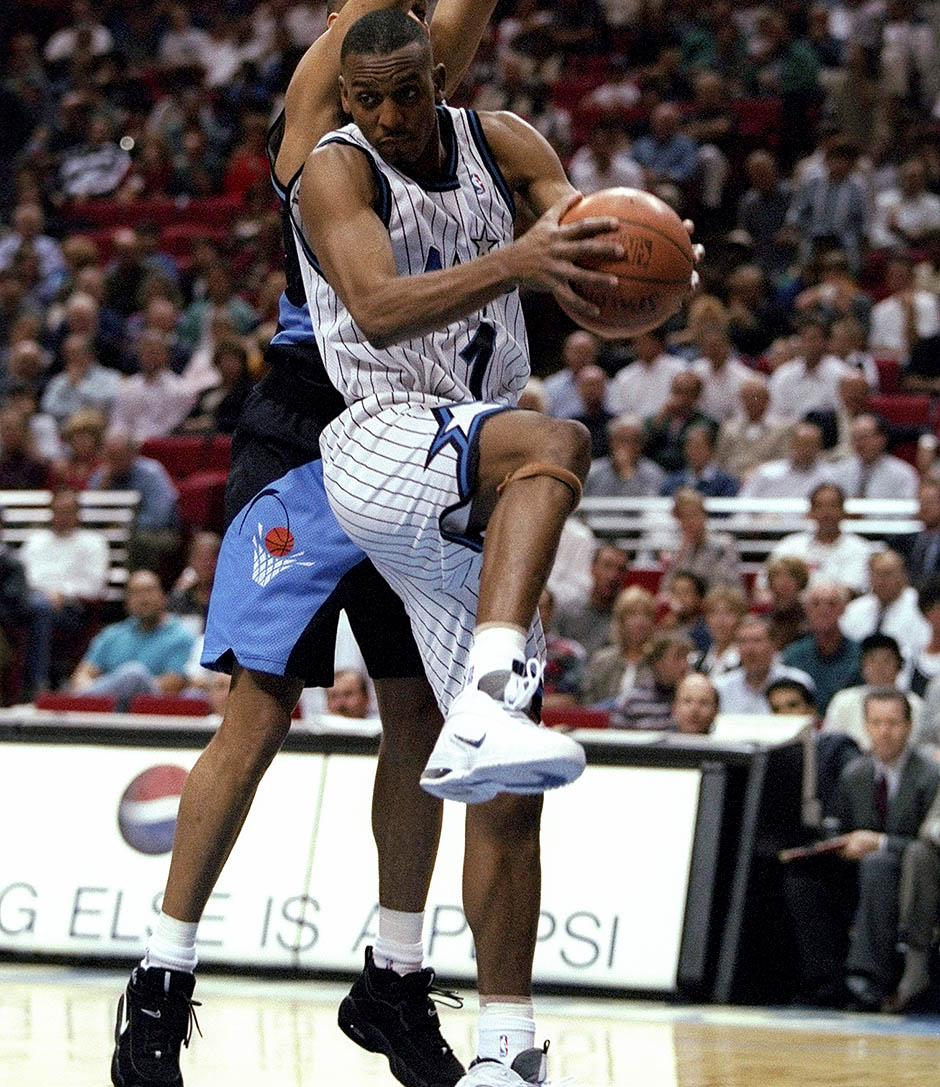 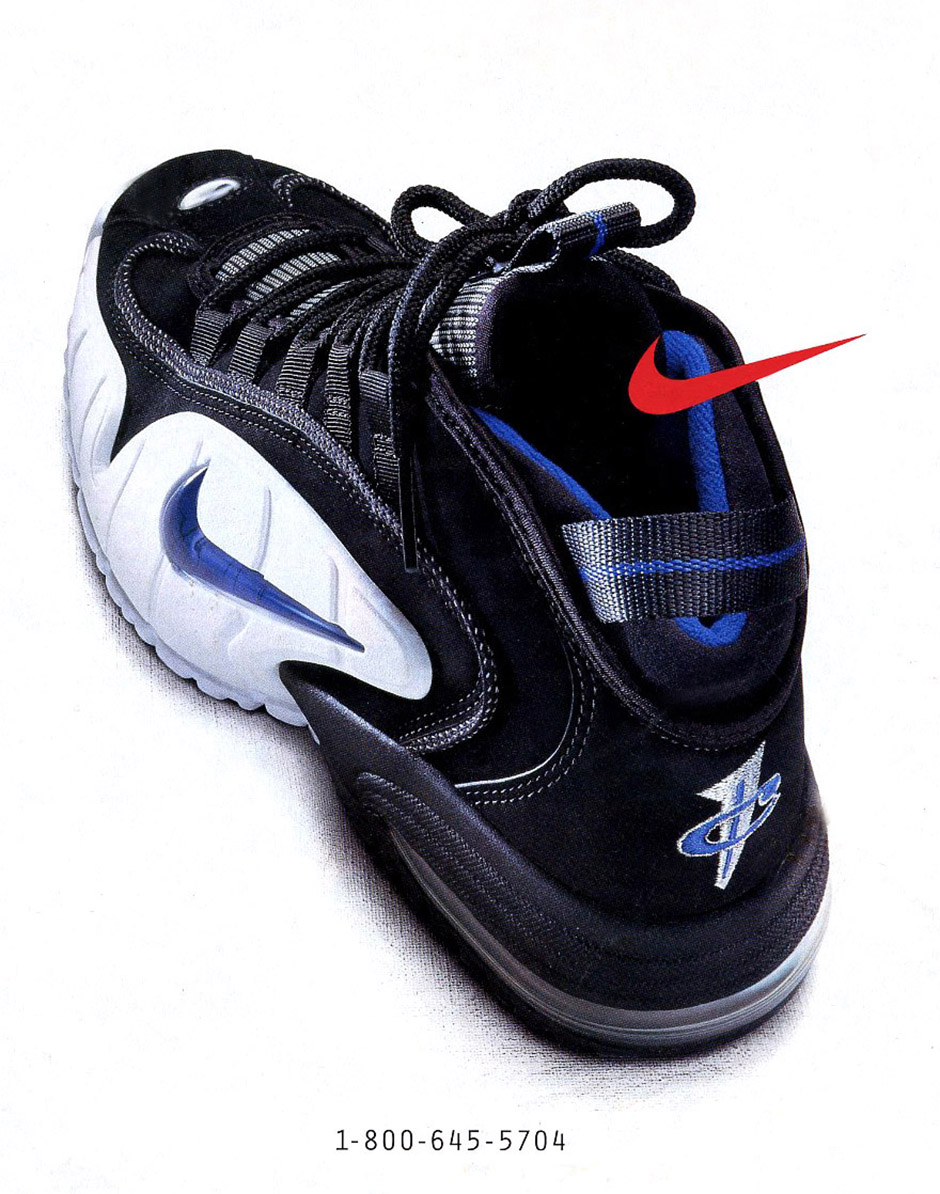 We’ll end with a relic of the Air Penny, the original print ad from the “phone number” series. Words weren’t needed to define the bold style of the legendary Penny Hardaway signature shoe.