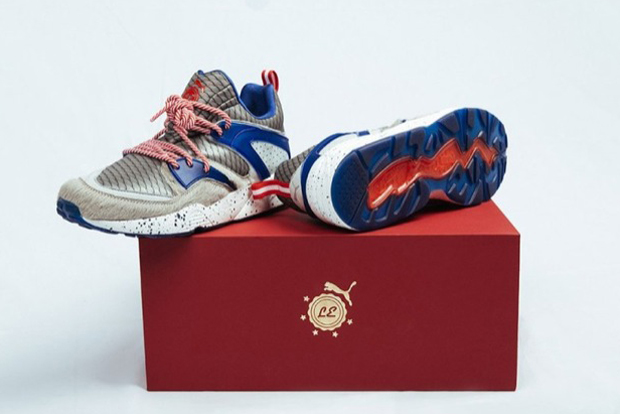 Limited Edt and the Puma Blaze of Glory are teaming up to celebrate 50 years of Singapore’s independence. The design is inspired by the mythical Merlion, a creature with the head of a lion and the body of a fish, and is an iconic figure in the city, being featured prominently on fountainheads and in park statues. The colorway utilizes a fish scale theme on the beige upper while accents of royal blue stand out on the midsole speckling, translucent outsole and side panels. The heel tab stands out thanks to red and white stripes in a nod to Singapore’s flag. While the city-state has already celebrated their own independence on August 9th, you can look for this pair to hit international retailers by month’s end.