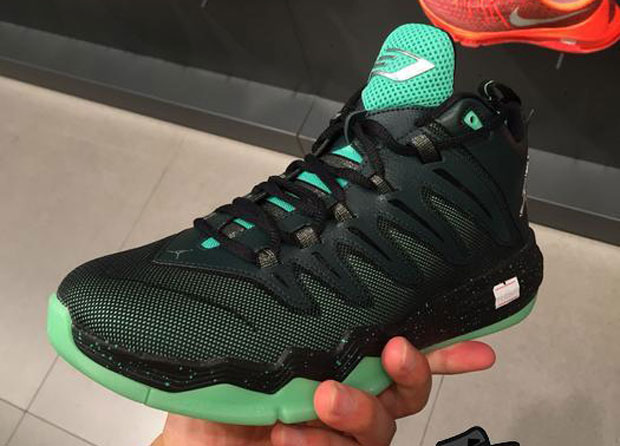 Sneaker fans got an unexpected first look at Chris Paul’s next signature shoe, the Jordan CP3.9, when the NBA blasted out some crisp photos of the shoes during CP’s trip to Africa. It appears that a “China” colorway, which revisits that “Jade” color tone, is in the works really soon or has already released in China. It’s got a simple black/green glow fixture with speckled midsoles and a matte silver CP3 logo on the tongue with leather wrapped on the heel. Are you feeling this new signature shoe? Stay tuned for Jordan Brand to officially unveil the shoe soon.