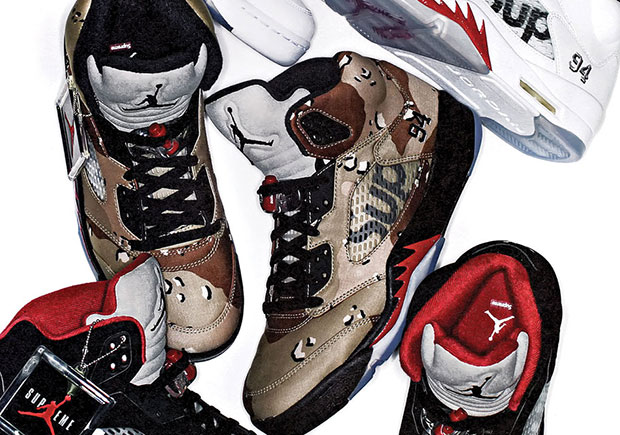 Still waiting on one of the most talked-about collaborations of the year? Jordan Brand has been dominating that category with partnerships with Drake, Don C, and Public School, but none have that robust eye-catching headline like NYC-based skate-shop Supreme. Three colorways of the Air Jordan 5 are due up this Holiday season and although the exact date hasn’t been revealed, Japanese magazine Shoesmaster has confirmed an October release for roughly 192$ USD (as converted from Japanese currency). The shoes can range anywhere from $190 (the Remastered MSRP) to $225 (shoes like the OVO Jordans), so we’ll bring you that firm info when it arrives. For now, enjoy this first official look from Jordan Brand through the magazine and keep your eyes peeled for a release date soon.