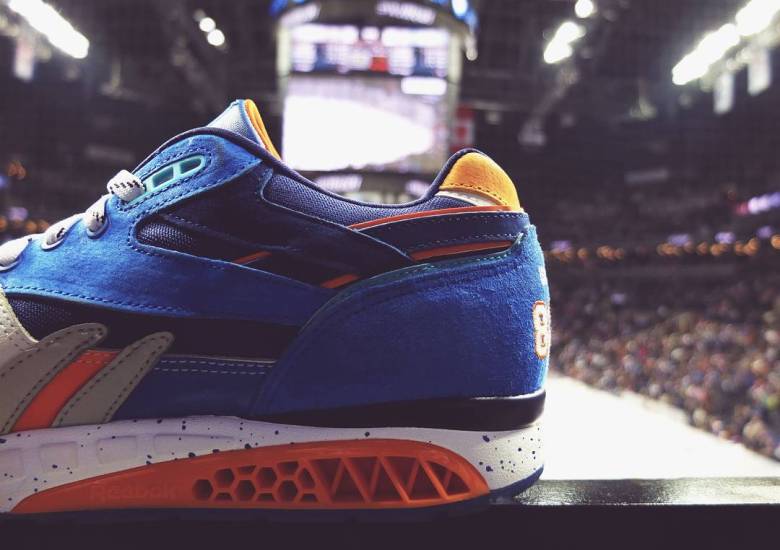 Islanders fans rejoice. Like the hockey team that moved to Barclays Center, Extra Butter expanded their territory from Long Island to the confines of New York City recently, so it makes sense that the NHL squad would be willing to team up with the boutique for their very own Reebok Ventilator Supreme. The team’s iconic blue and orange colors hit in suede and mesh throughout while what looks to be PE block jersey numbers are stitched onto the heel. An icy outsole mirrors the rink for a nice touch. It might not make up for the magic of the old Nassau Coliseum in Uniondale, but this pair will definitely trump a seat in section 201. EB stated that an official announcement for the collaboration is dropping tomorrow, so in the meantime watch a brief teaser video below and we’ll keep you updated on his pair right here on Sneaker News.