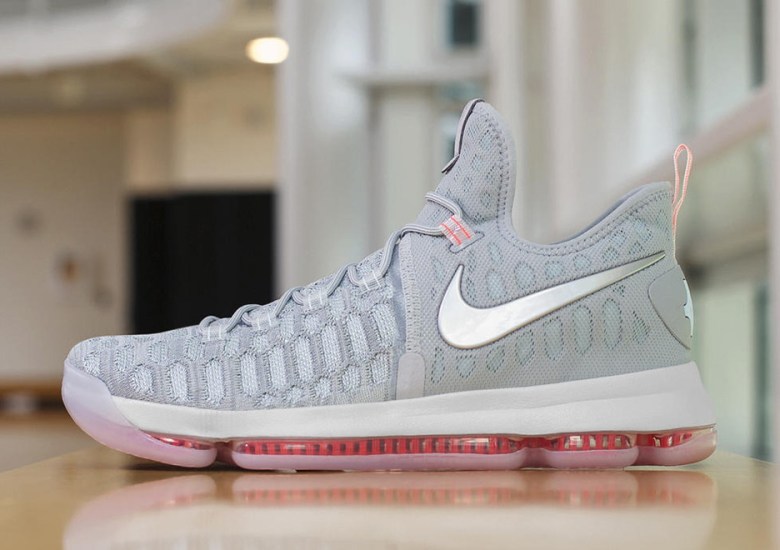 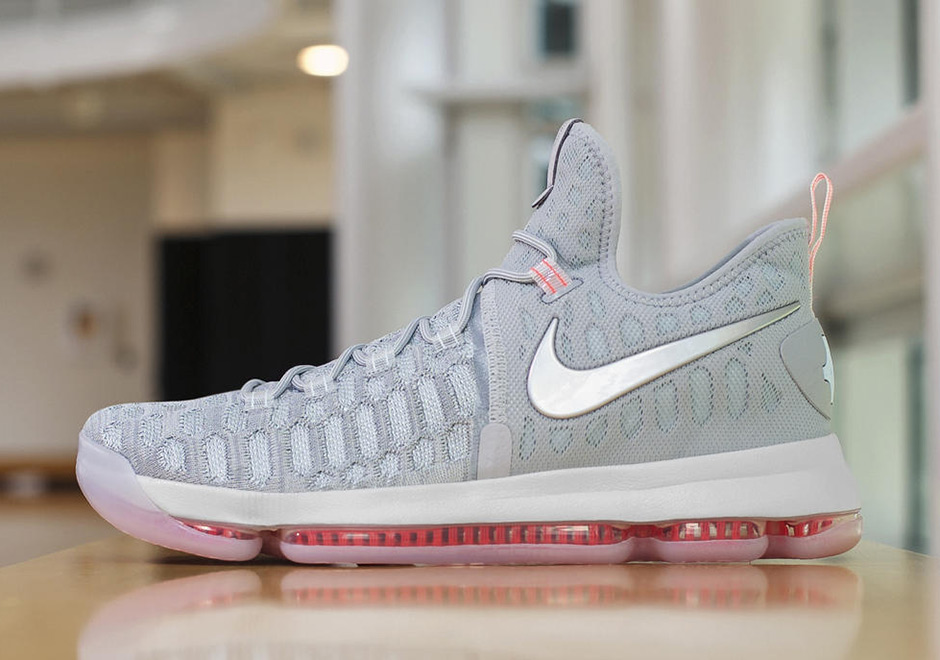 Kevin Durant’s post-season run may have came to a crushing end last night, but things are just getting started for his next signature shoe, the Nike KD 9. The “Pre-Heat” colorway in Wolf Grey, white, and Infrared that Durant wore during the Warriors series will also lead off the many upcoming colorways of the shoe at retail, as we now know by the confirmed release date. KD’s most advanced signature model yet featuring a Flyknit upper and full-length visible Zoom Air will hit stores in limited quantities in the Pre-Heat colorway on June 20, 2016. 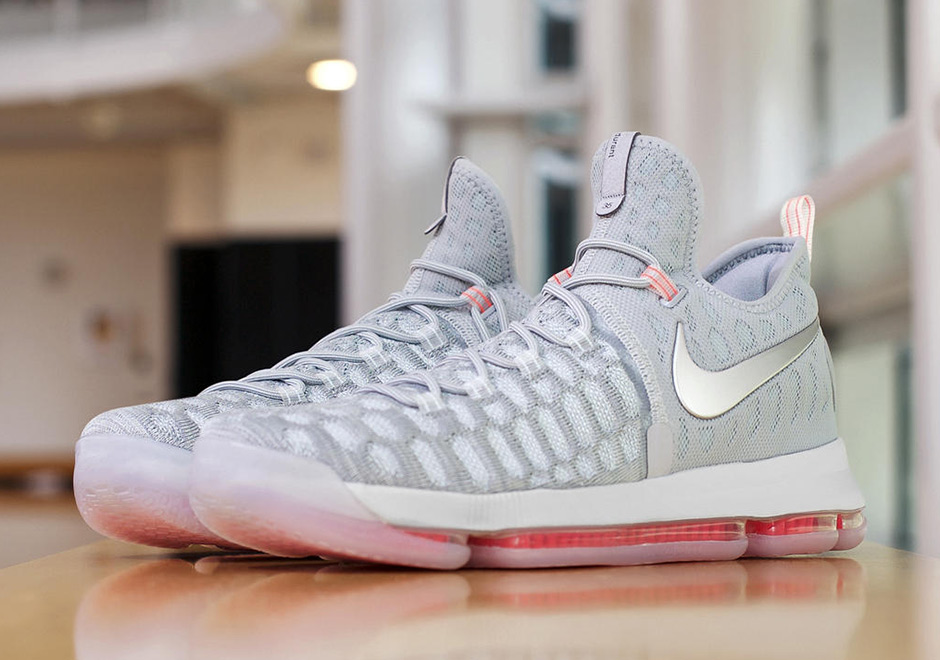 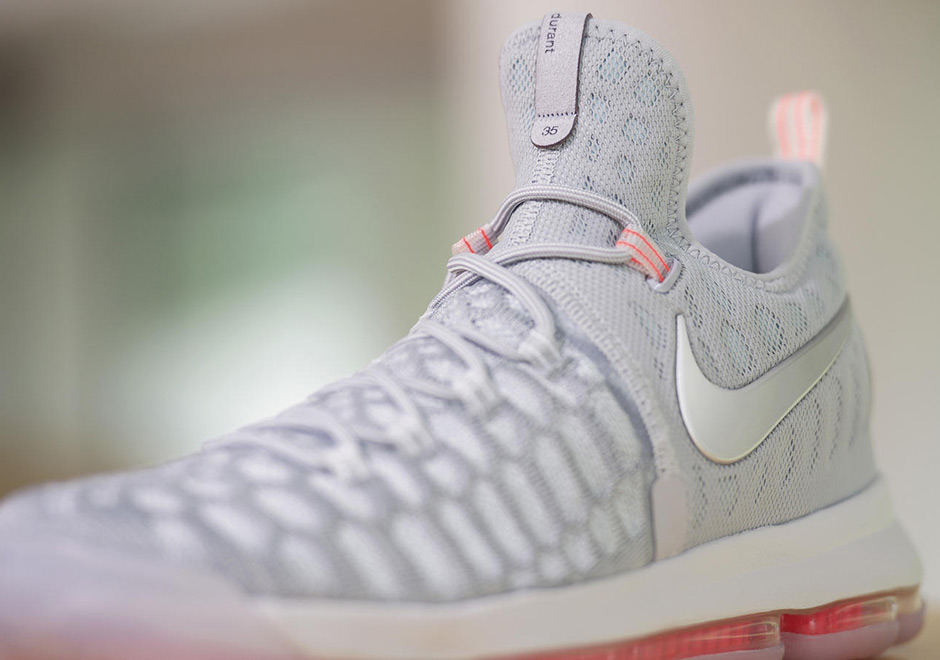 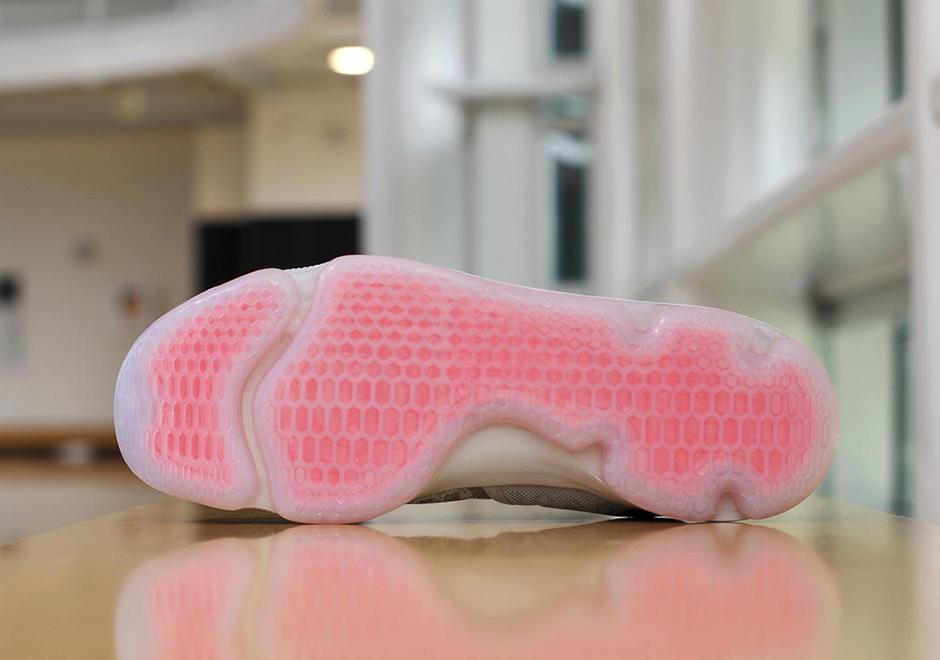 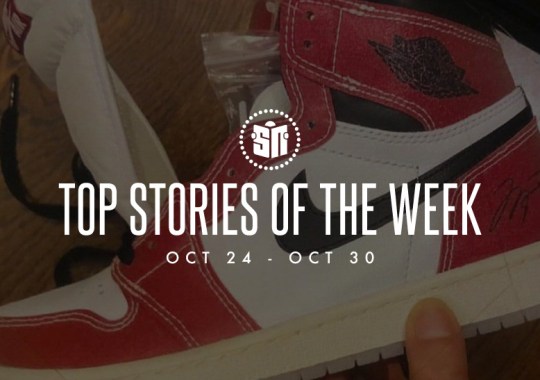 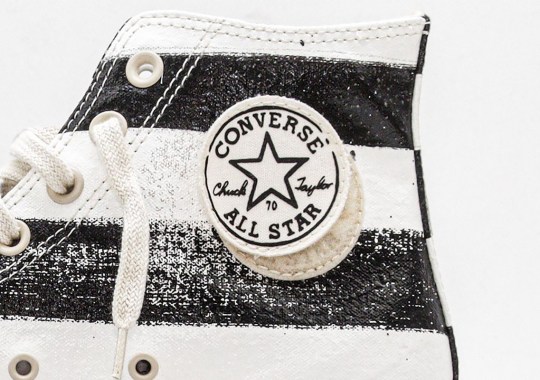 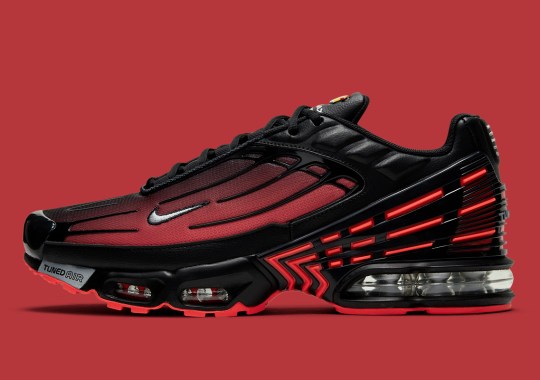