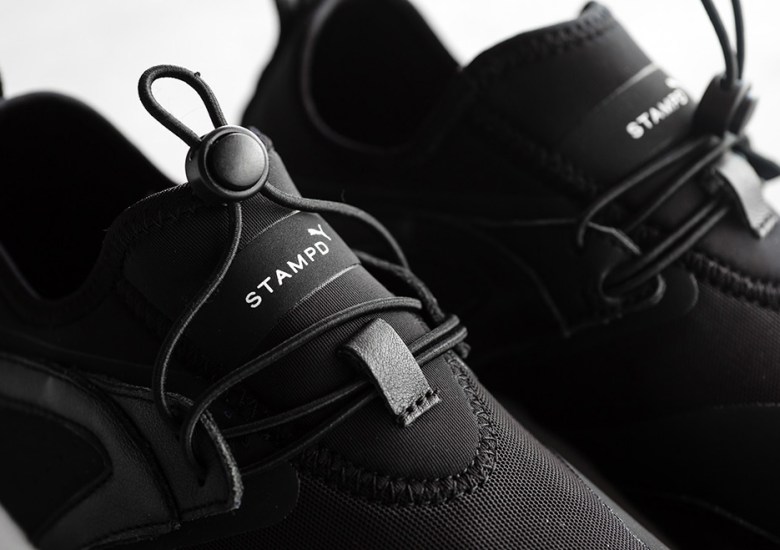 STAMPD And Puma Are Back With More Sock-Like Sneakers 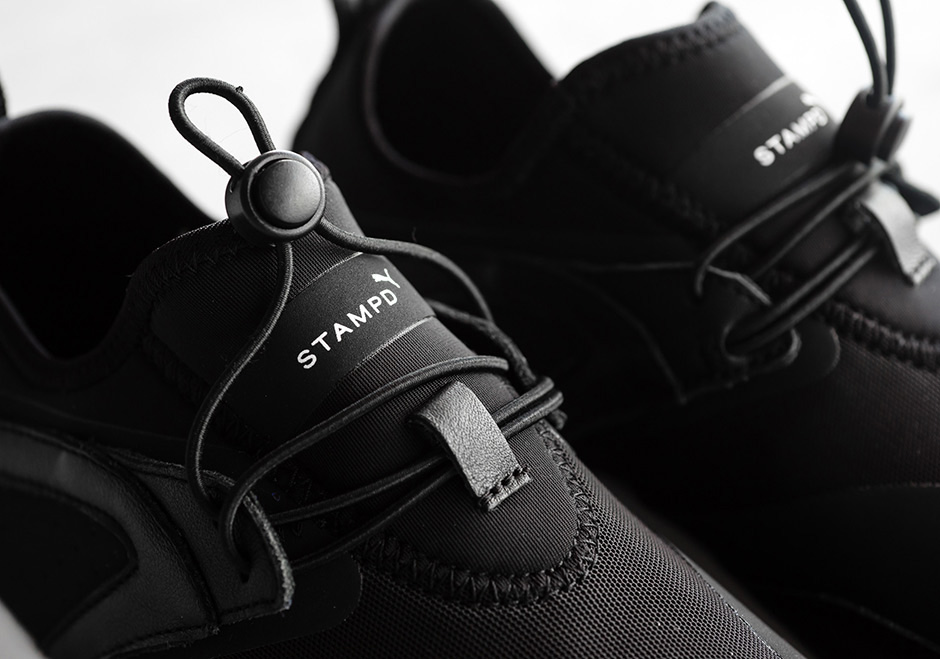 STAMPD and PUMA are becoming frequent collaborators, as we see the fashion streetwear label and the sneaker giants team up yet again this fall. STAMPD once again works over the retro PUMA runners for two of their own interpretations, each featuring their signature clean and modern aesthetic. This fall’s offerings include the Blaze of Glory Nu with a streamlined upper and added bungee lacing system, along with the Trinomic Sock which reworks the Disc Blaze silhouette with a minimalist concept. Both models are featured in tonal black uppers constructed in premium leather, nubuck, and neoprene with contrasting white soles. The STAMPD x PUMA fall collection drops on August 20th at select shops like Sneaker Politics. 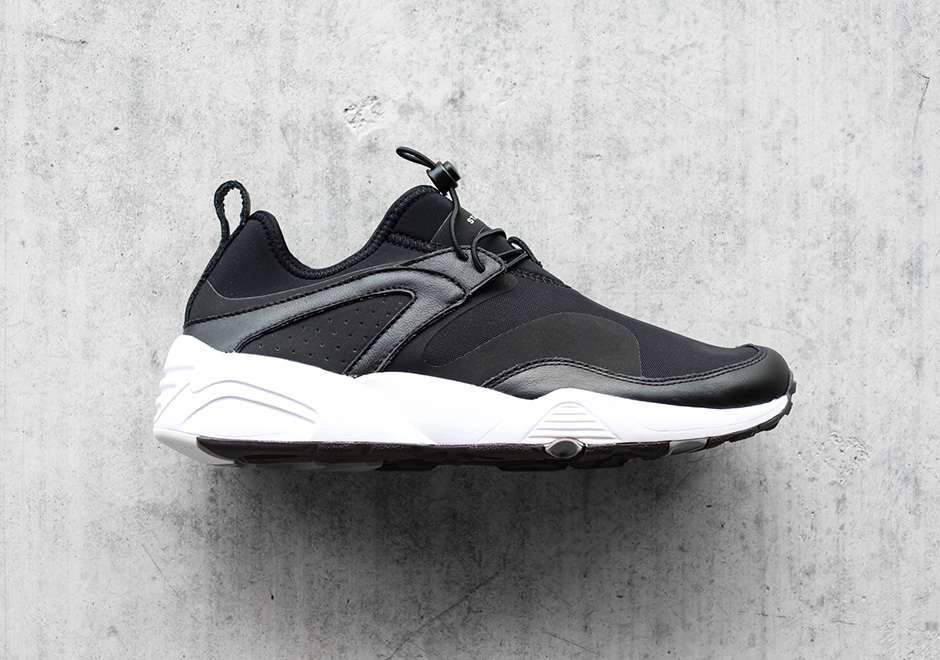 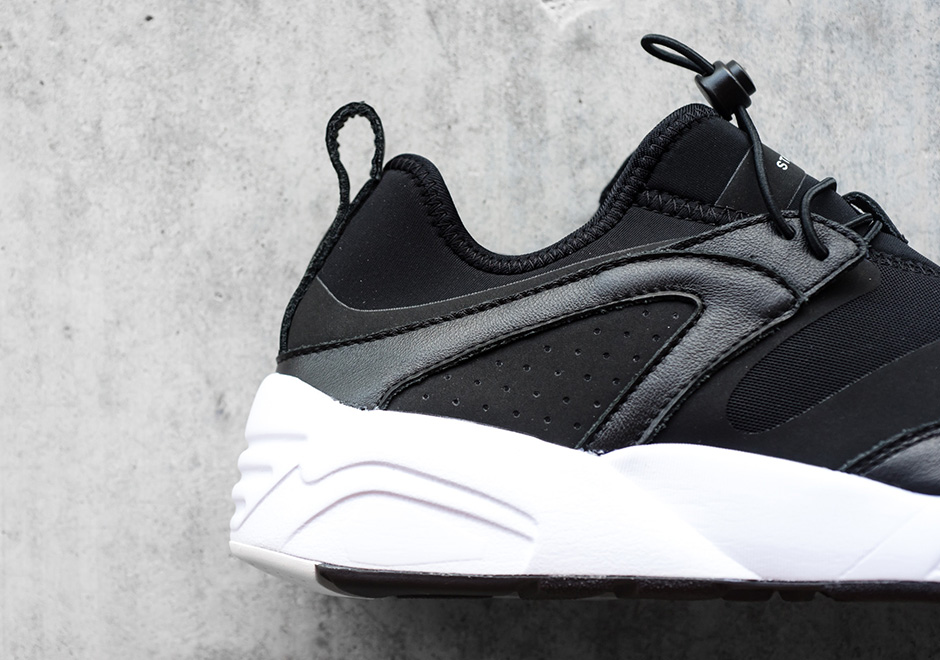 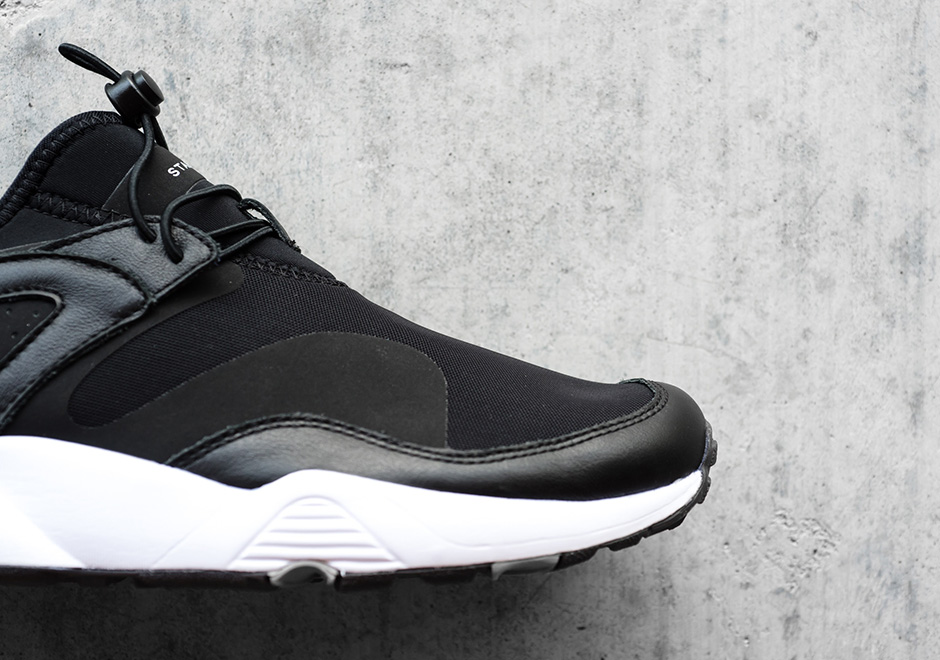 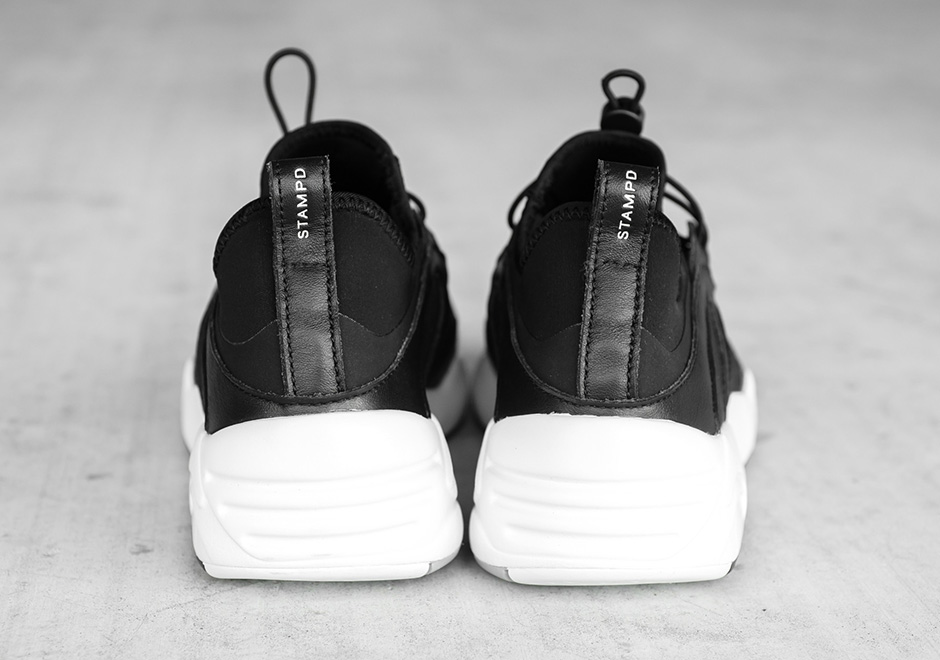 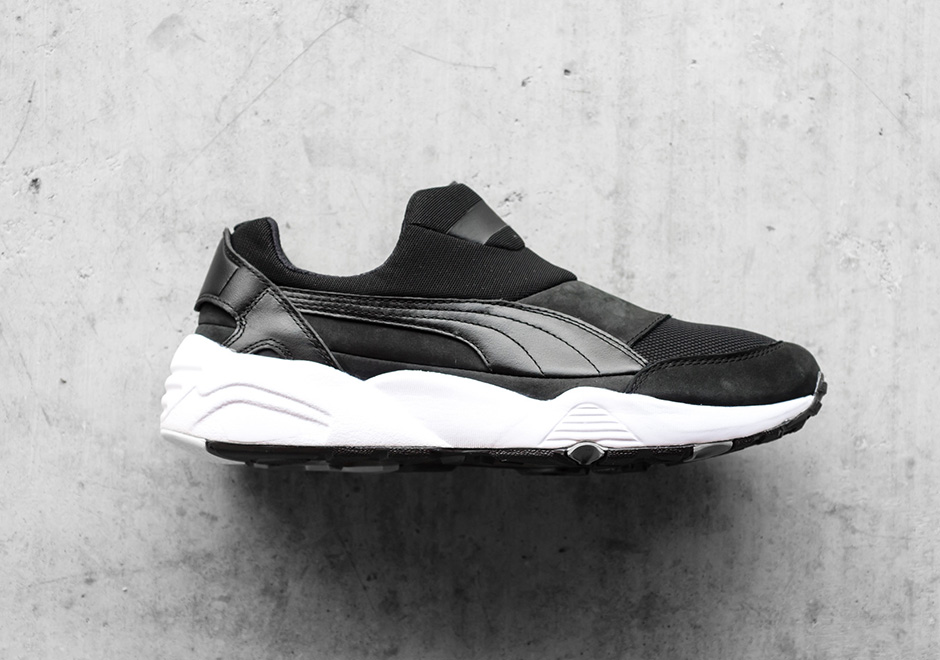 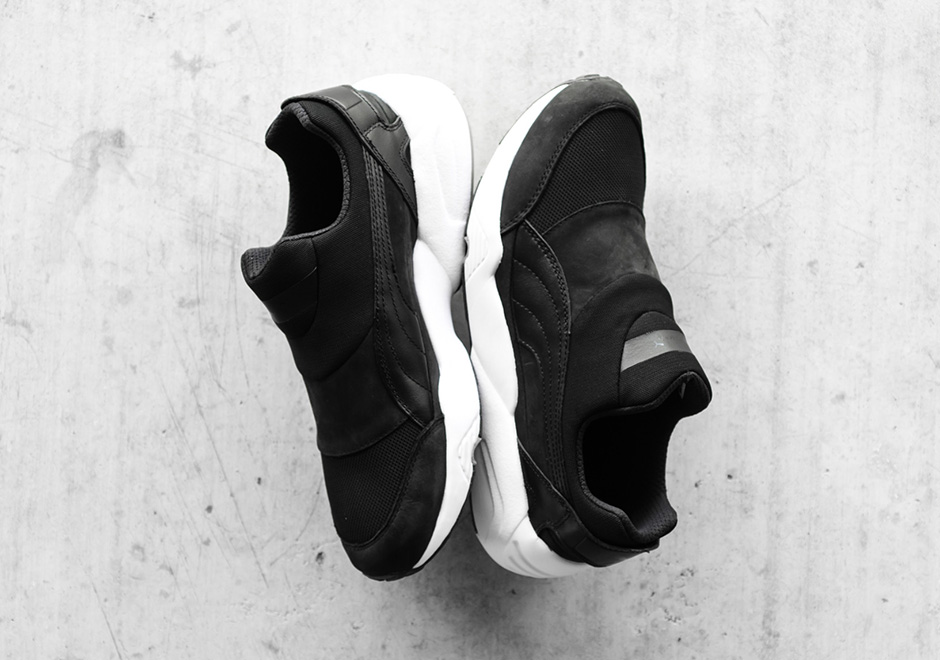 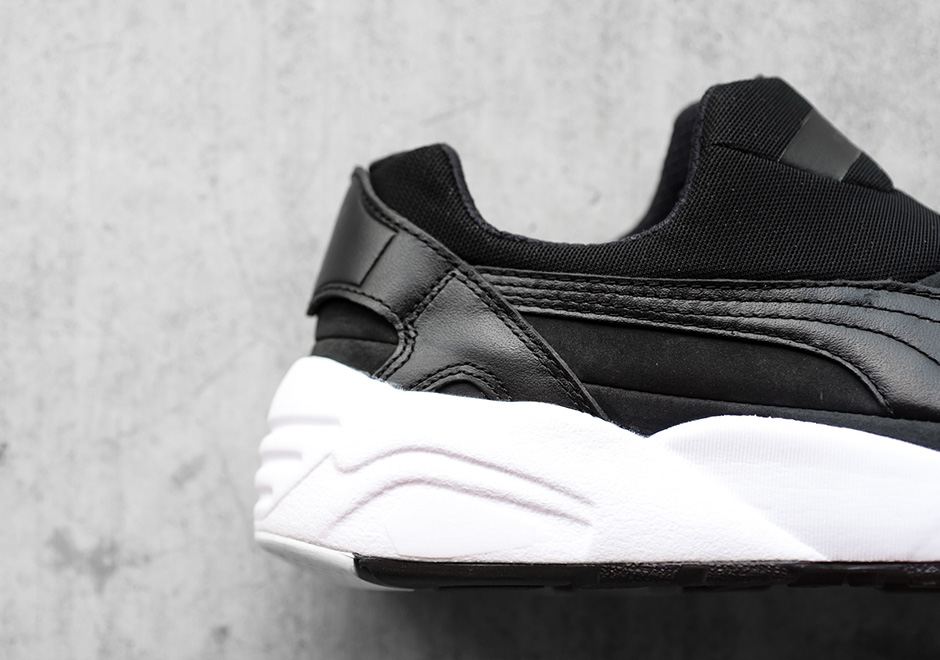 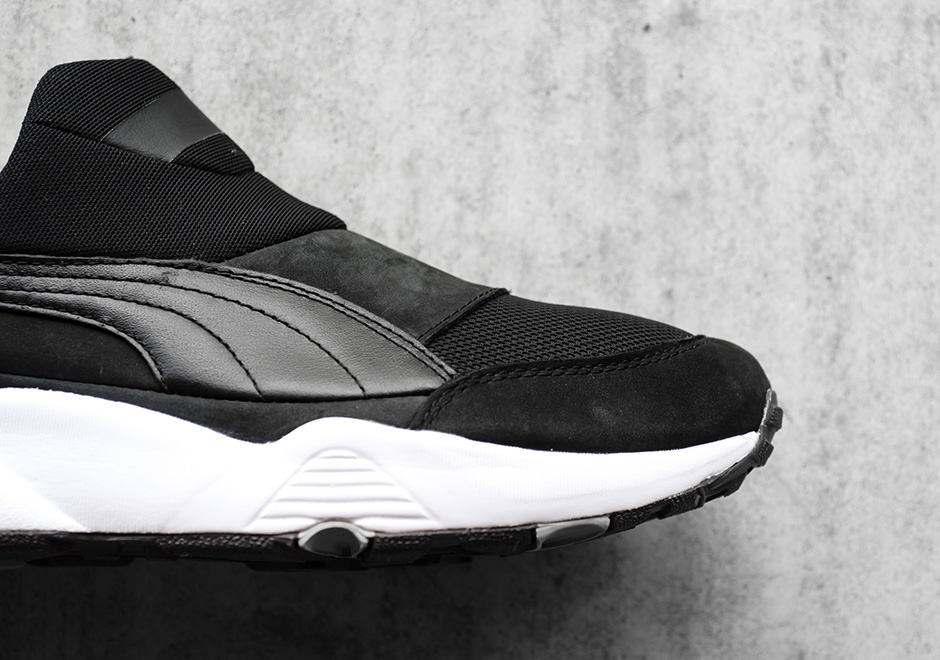 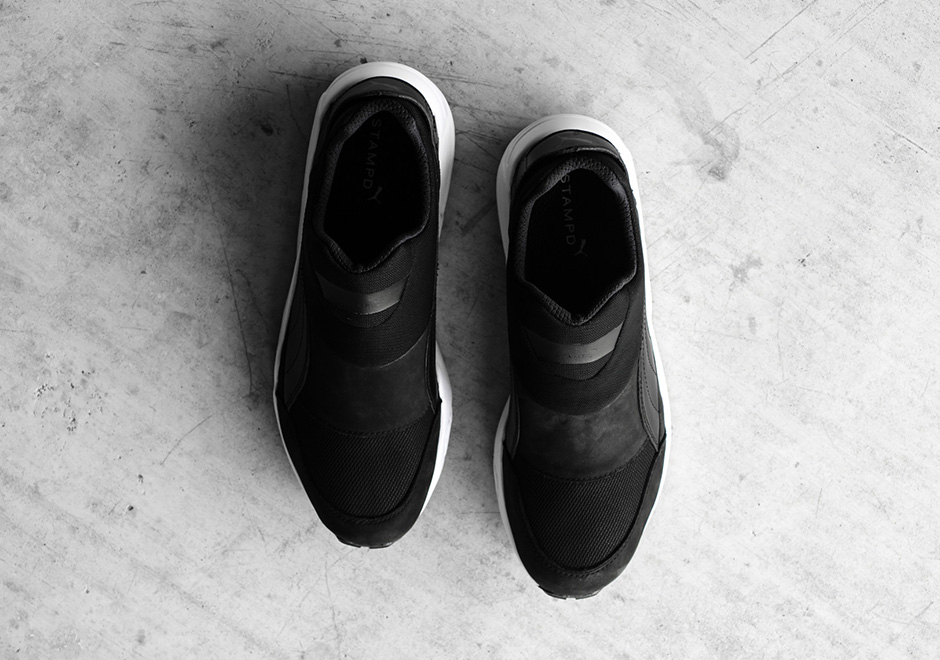