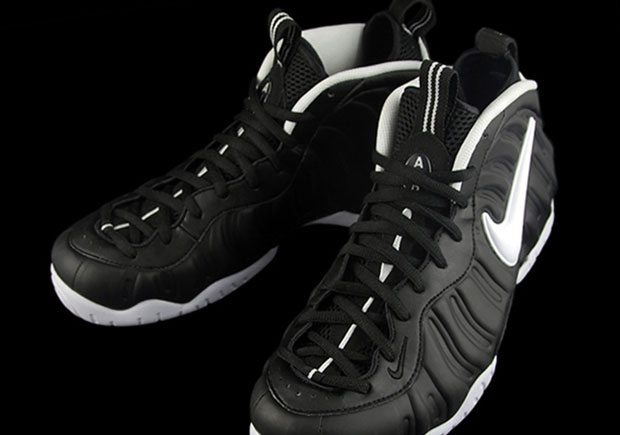 What Other Foamposites Should Nike Bring Back After The “Dr. Doom”?

2017 will be the year of the Foamposite as Eric Avar’s iconic design will be celebrating its 20th anniversary. The stories behind the head-turning silhouette are as legendary as the model itself. From Scottie Pippen turning down the design for one of his signatures to Penny Hardaway having to hand-color in some tiger stripes with a Sharpie to follow NBA rules a the time, the Nike Air Foamposite One and Nike Air Foamposite Pro each come with plenty of tall tales from its early years. The Nike Air Foamposite Pro “Dr. Doom” will kick things off early with a release on November 25th, but what other Foamposite retro colorways do you want to see brought back for the two-decade celebration?

The Foamposite Dr Doom was a part of Nike Sportswear’s “Fantastic Four” Pack, but was an outlier due to its simple Black/White matte colorway in an effort to display the villainous nature of the comic book character. Now slated for a Black Friday release, it’s safe to say that the Foamposite Dr Doom will finally get the shine it deserves after having sat on retail shelves for quite some time when it first released in the early aughts. The cult-classic keeps things simple and traditional with a high-contrast white Swoosh on the side panel to match the outsole and lining. Check out more photos after the break and be sure to let us know which other legendary Foamposte colorways you want to see brought back throughout next year by taking your thoughts to the comments section below.