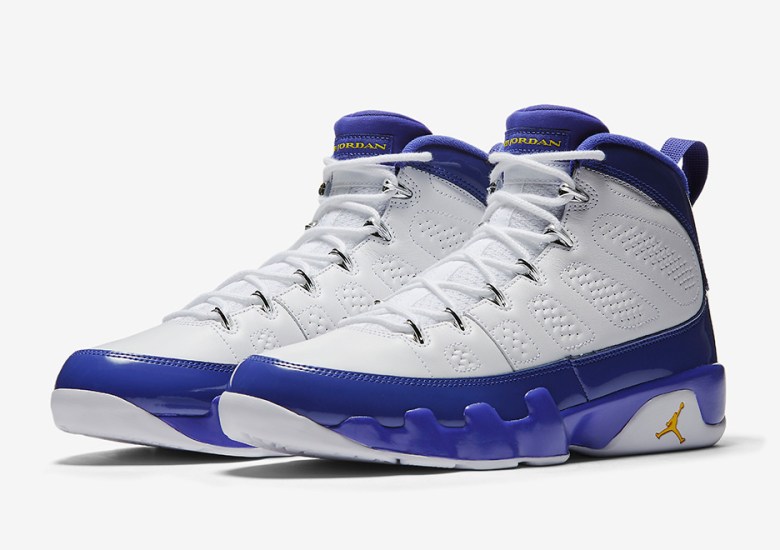 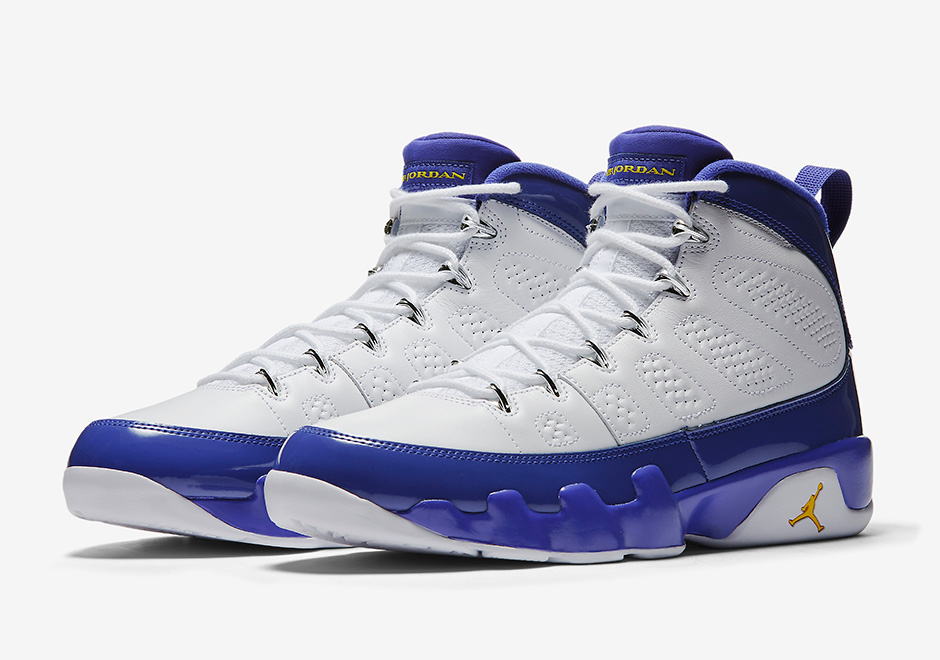 We miss the old Kobe, the 35 points per game Kobe, the Huarache & occasional Jays Kobe. You get the point. The Black Mamba is now celebrating his historic career through venture capitalism and the Nike Kobe AD. The parallels between Michael Jordan and Kobe are eerily familiar – you’ve seen the videos of Kobe mimicking MJ’s fadeaway, dribble drives, and up-and-unders by now. Jordan Brand is honoring the legendary no.24 with a brand new release in the upcoming Air Jordan 9 Kobe Bryant on November 19th for $190 USD.

The Air Jordan 9 “Kobe” mimics a random sample that appeared back in 2010, although the particular shade of purple found on the patent leather mudguard is a bit more Laney-like than initially expected thanks to the inclusion of the Jumpman’s iconic Concord hue. The leather upper is accented by metallic silver lace eyelets for premium effect while Lakers’ Tour yellow arrives on the branding and ’23’ PE branding (no, these won’t have any official homage to the Black Mamba in the form of no.8 and no.24 shoutouts). Still, the fact that the Jumpman is giving us a general release of a sought after Jordan 9 Kobe PE from year’s past this Holiday 2016 season is reason enough to be excited.

What do you think of the Air Jordan 9 Kobe? Check out more official photos after the break and head over to our Jordan release dates page for more of the latest Jumpman news. 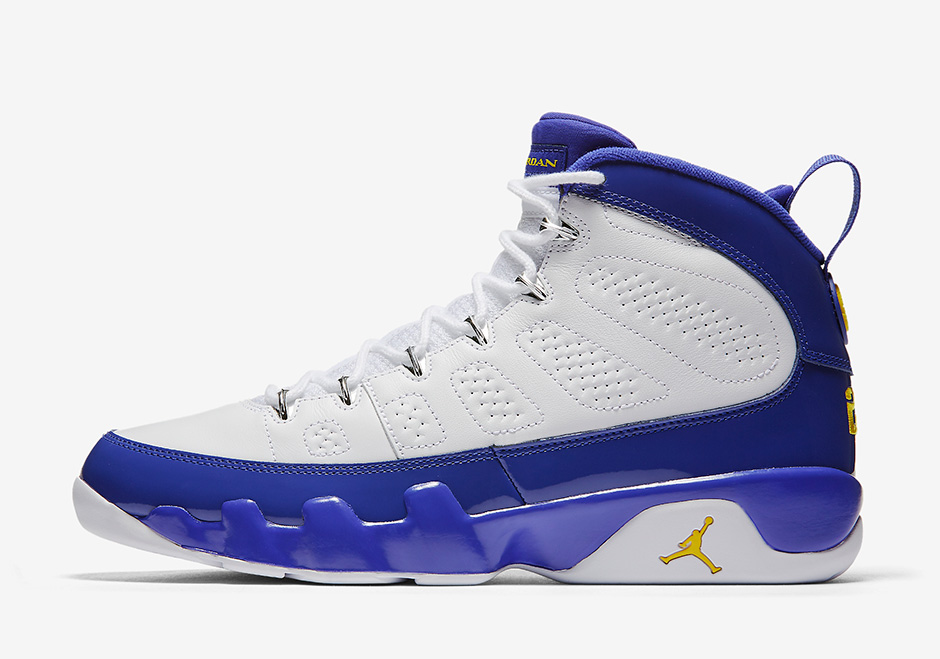 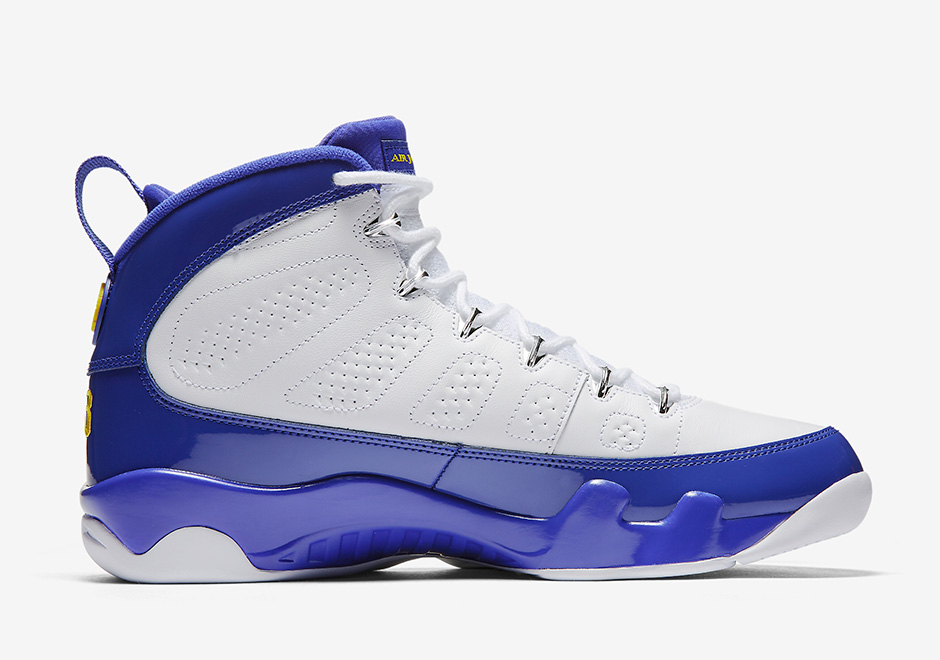 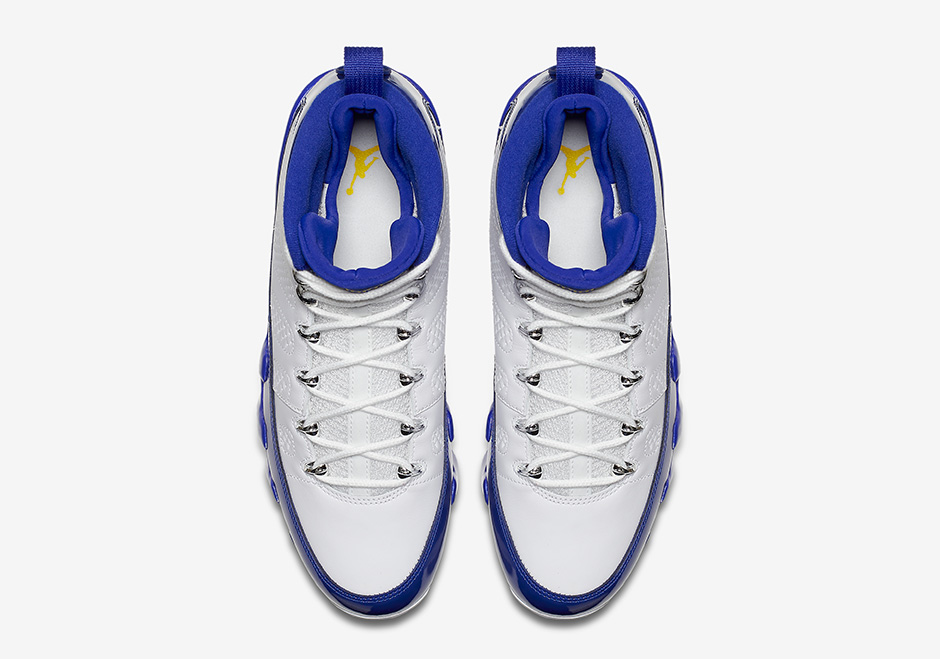 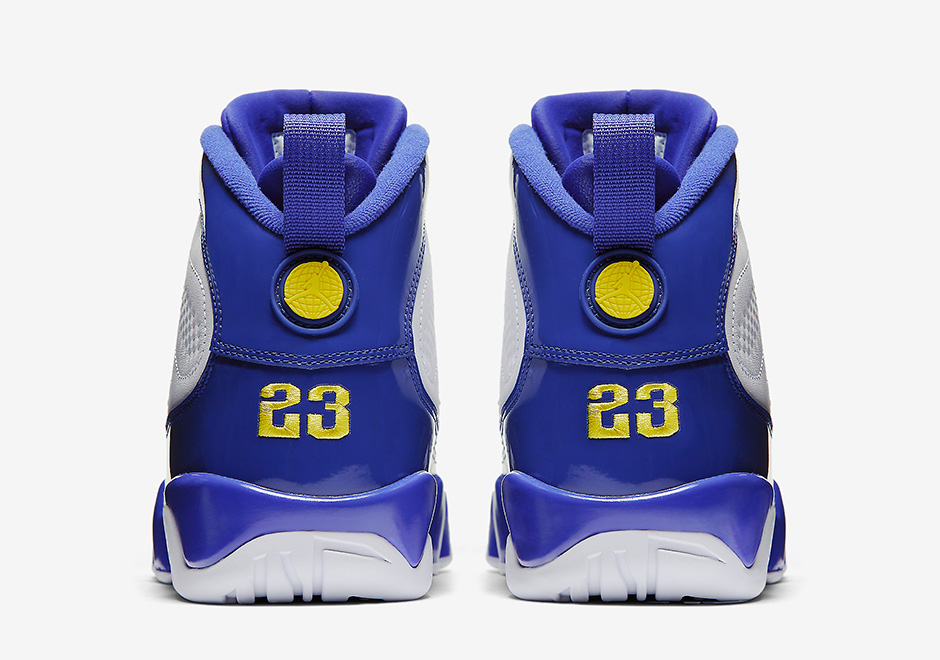 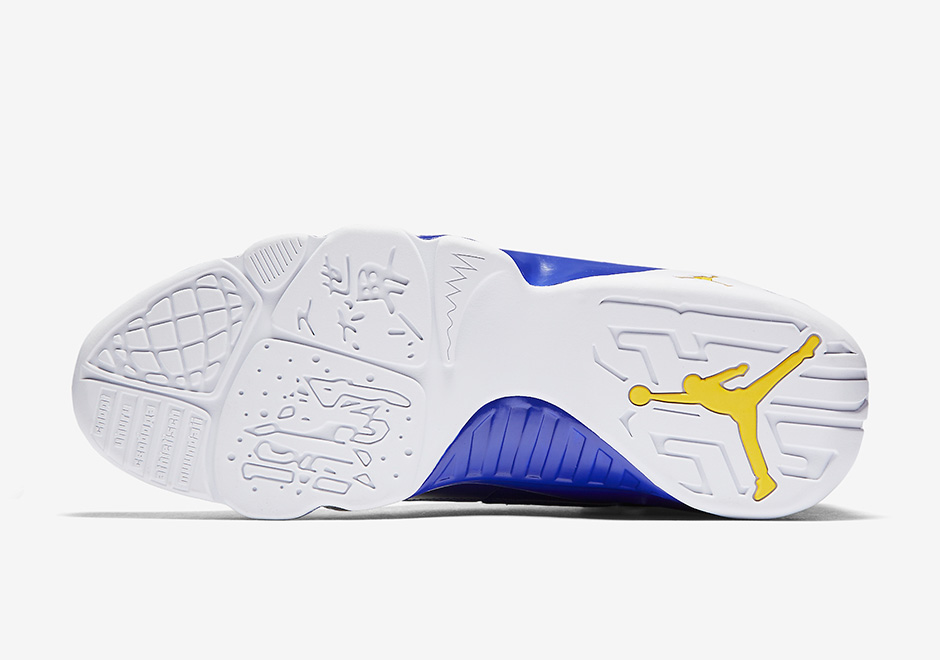