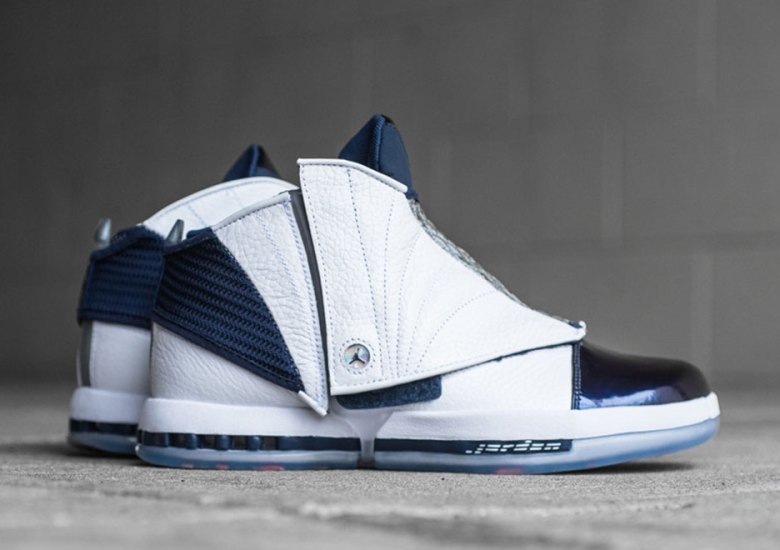 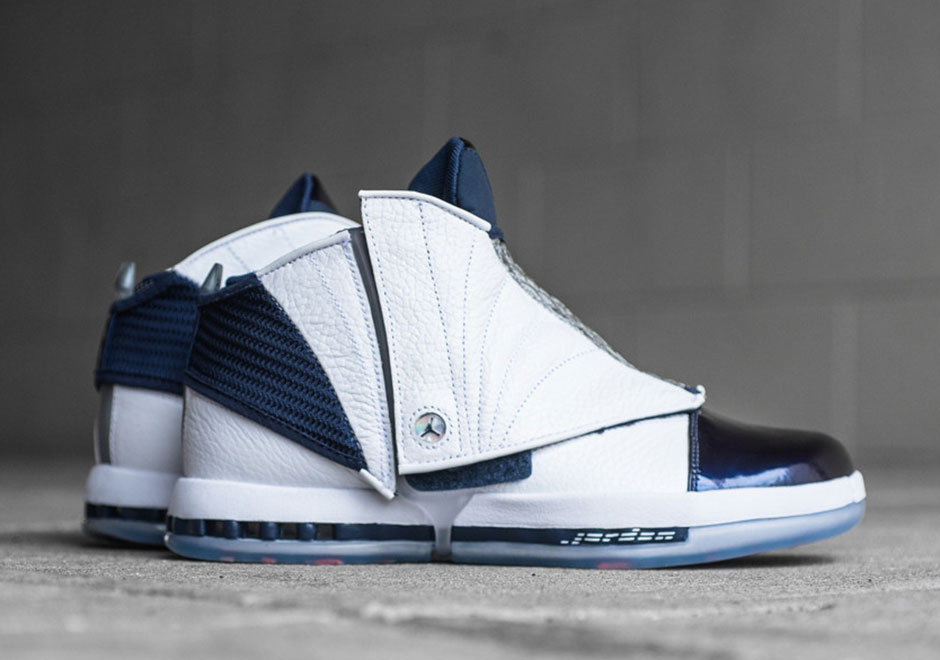 Michael Jordan’s return to basketball as a Washington Wizard might be the more forgotten part of His Airness’s storybook career, but Jordan Brand has been dropping retro releases honoring his time in the nation’s capital for quite some time now. This weekend, we’ll be treated to the Air Jordan 16 “Midnight Navy”, a colorway straight from the D.C. archives featuring a premium white tumbled leather upper with a matching shroud overlay while iridescent qualities hit the Midnight Navy patent leather toe and tongue. Today we have some good news, too: you can now buy the Air Jordan 16 Midnight Navy through Nike’s Early Access program.

The Air Jordan 16 was inspired by Mike’s obsession with another sport – golf. The outsole design mimics that of a gold green, but don’t be fooled – the Air Jordan 16 is a serious performance model. The shroud also sports contrast blue stitching while a silver quilted pattern adds some depth. An icy outsole and woven navy heel panel make for one of the more interesting Jordan retros in quite some time.

Are you a fan of the Air Jordan 16 Midnight Navy? Check out more detailed photos of the latest Air Jordan 16 offering below and know that you can find this pair on Nike.com. Find out where else you can buy this pair after the break. 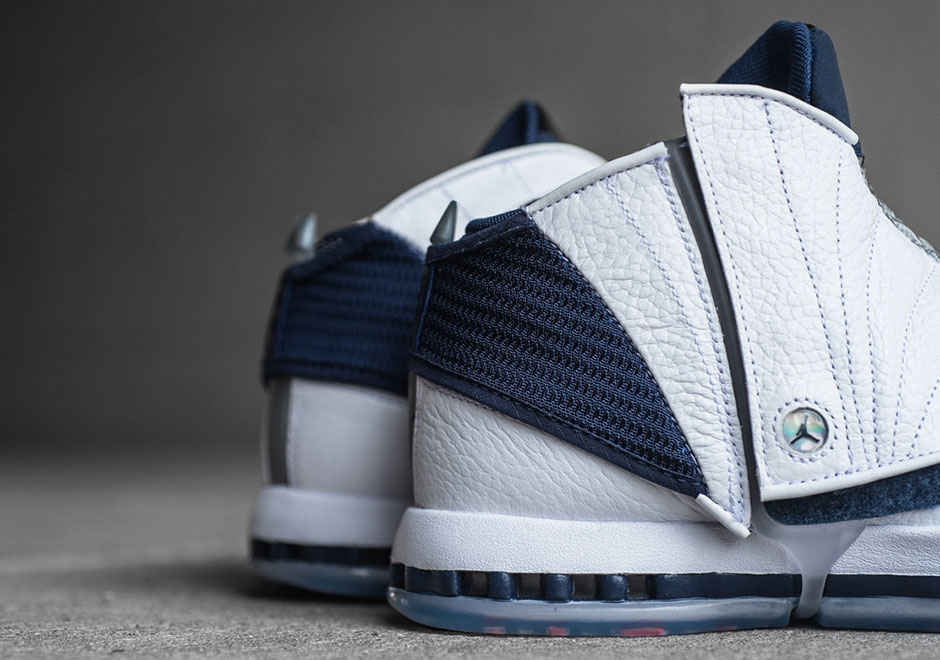 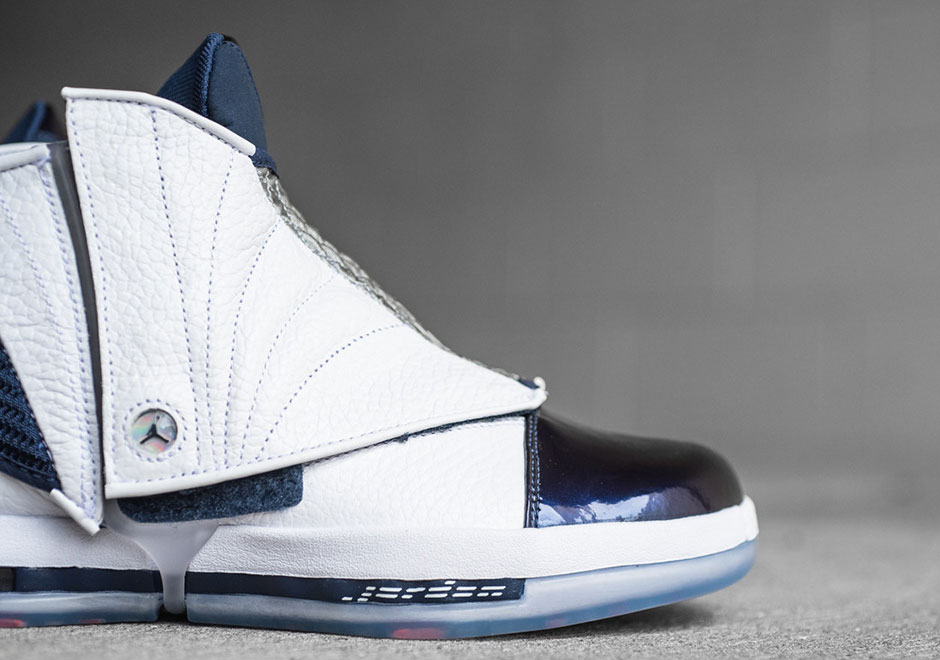 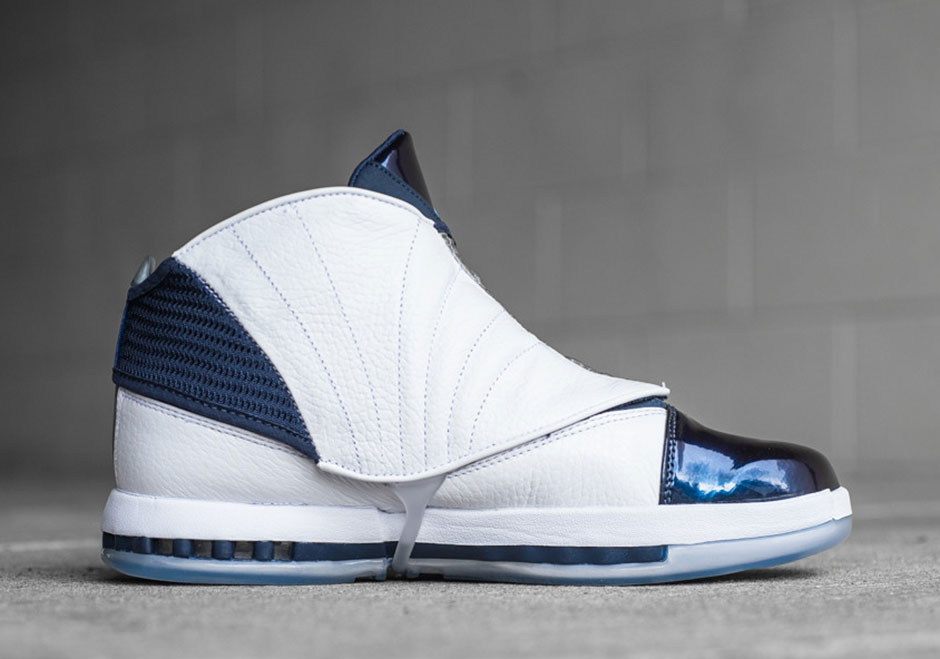 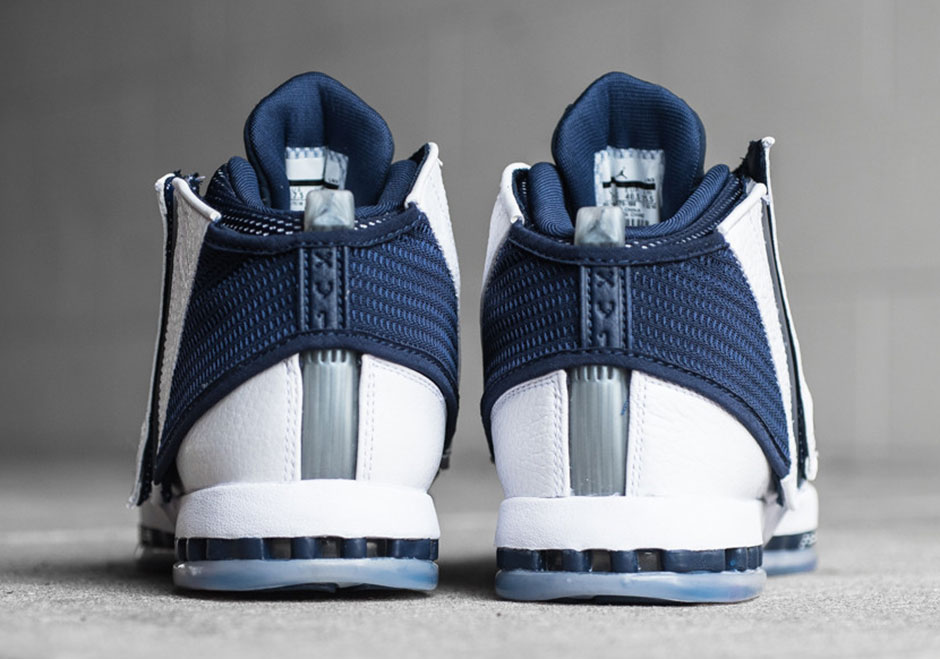 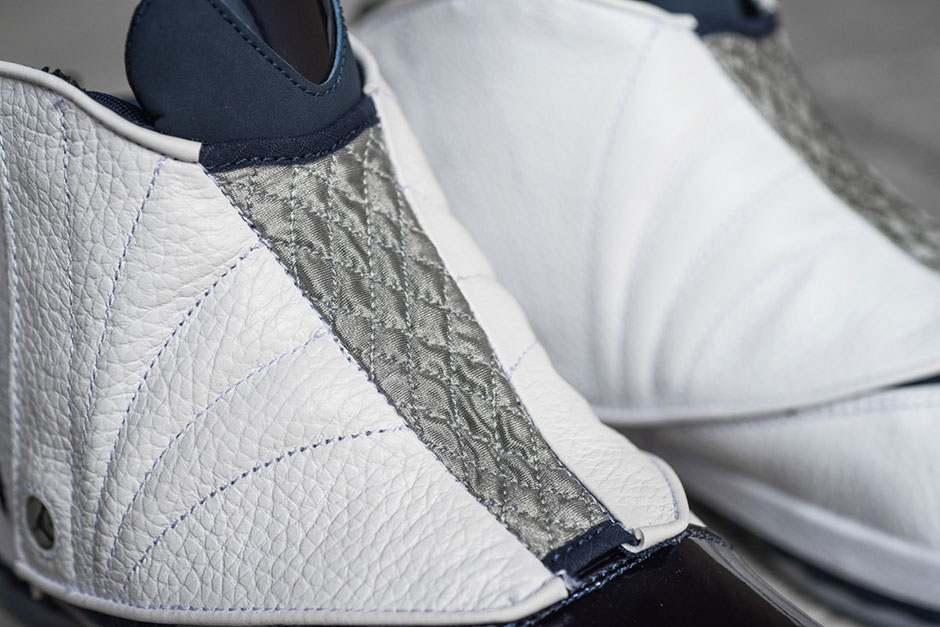 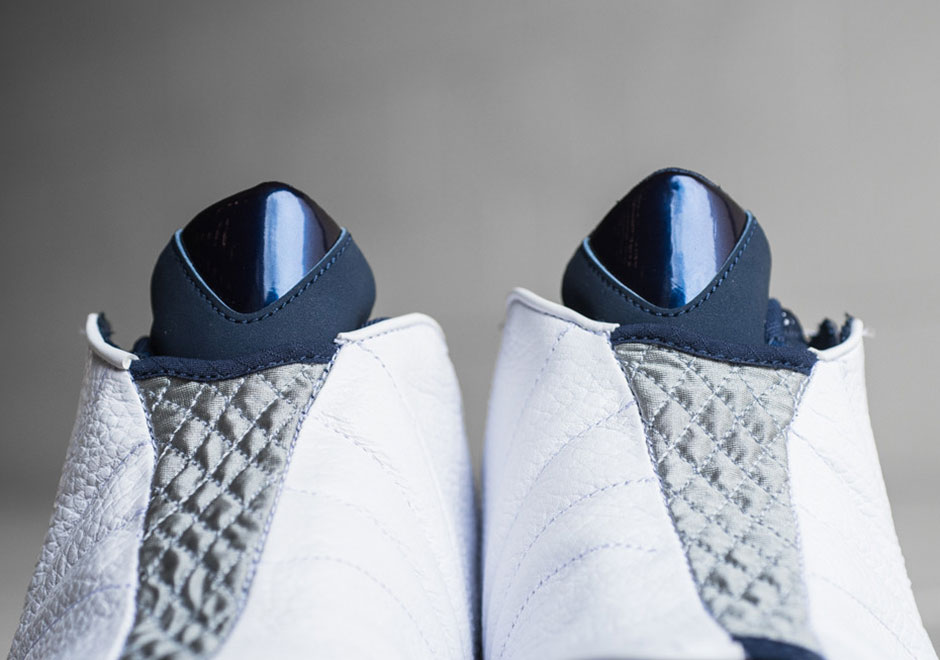 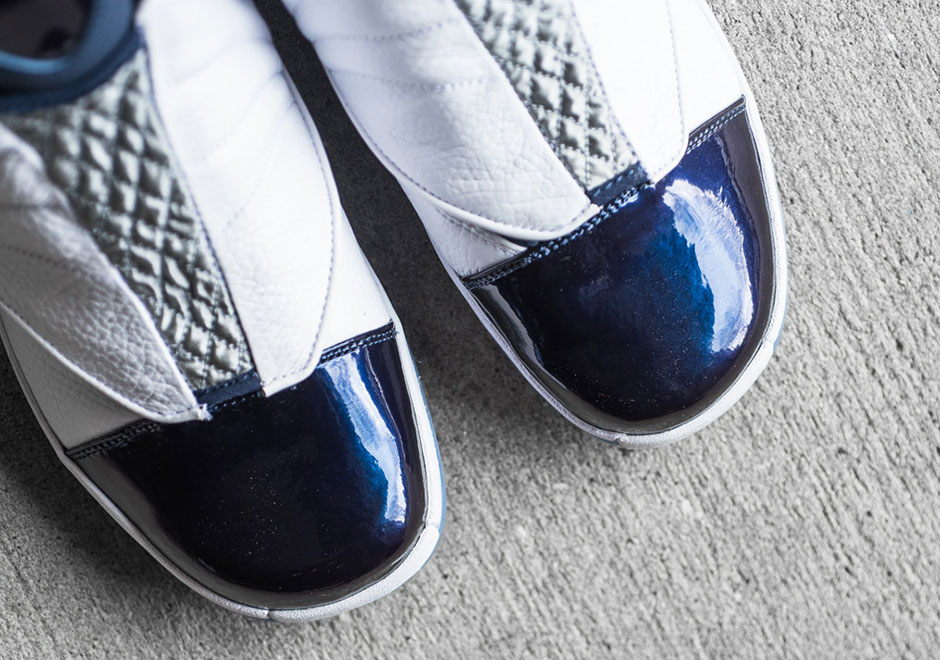