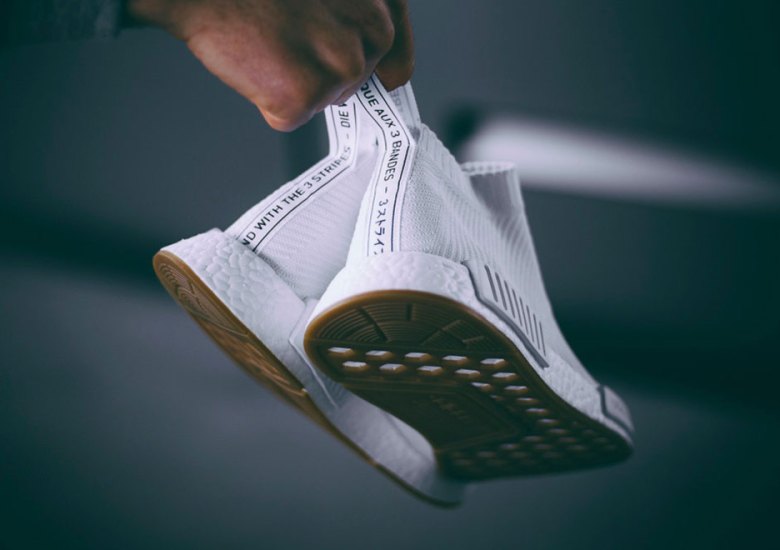 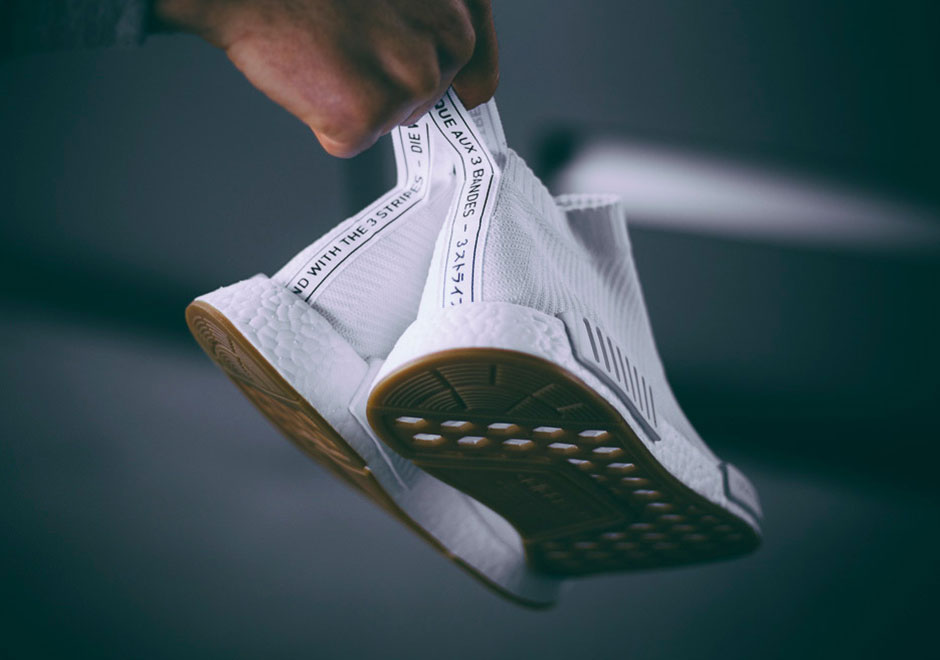 Another day, another adidas NMD release to look forward to. While the NMD madness continues with the introduction of the NMD R2 sequel and a number of upcoming collaborations for the coveted lifestyle banger (think White Mountaineering this weekend and more in the near future) today we get a look at the slip-on style of the winterized adidas NMD City Sock. The mid-top benefited from a Wool construction late last year and now the three stripes is revamping the silhouette with the adidas NMD City Sock Gum Pack out February 4th.

The adidas NMD City Sock Gum Pack takes the less is more approach as an all Footwear White mock up features international ‘The Brand With The Three Stripes’ branding on the heel tab while a clean white midsole is contrasted by a classic gum bottom. The NMD City Sock Gum Pack also includes a Core Black rendition where the Primeknit upper’s unique woven pattern is more readily apparent. Which pair do you prefer?

Check out more photos of this coming NMD City Sock “Gum Pack” below and expect this duo to arrive at international retailers on February 4th for $180 each. Stay tuned for more Release Date updates right here on Sneaker News. 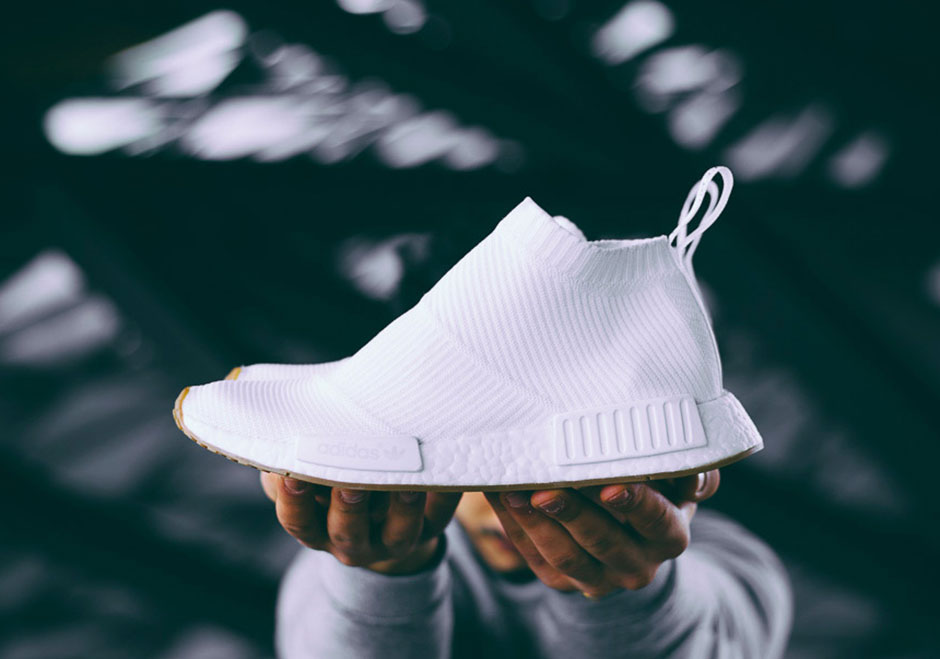 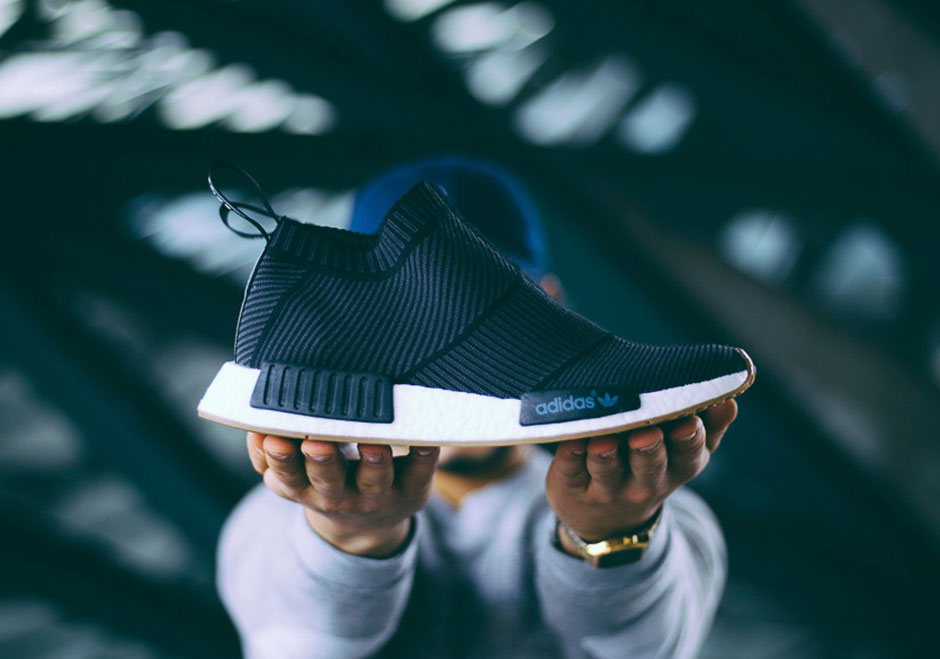 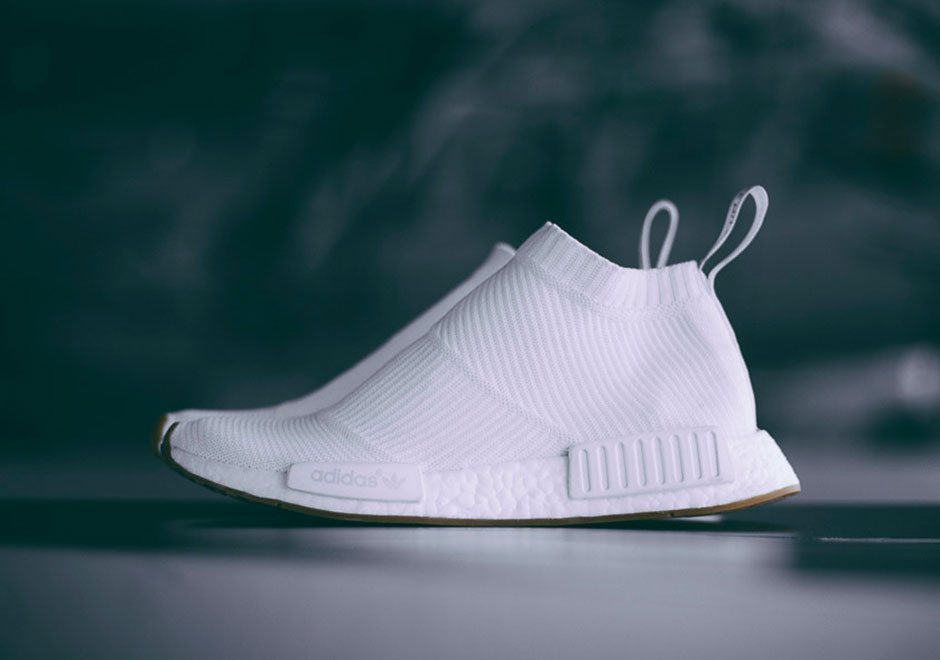 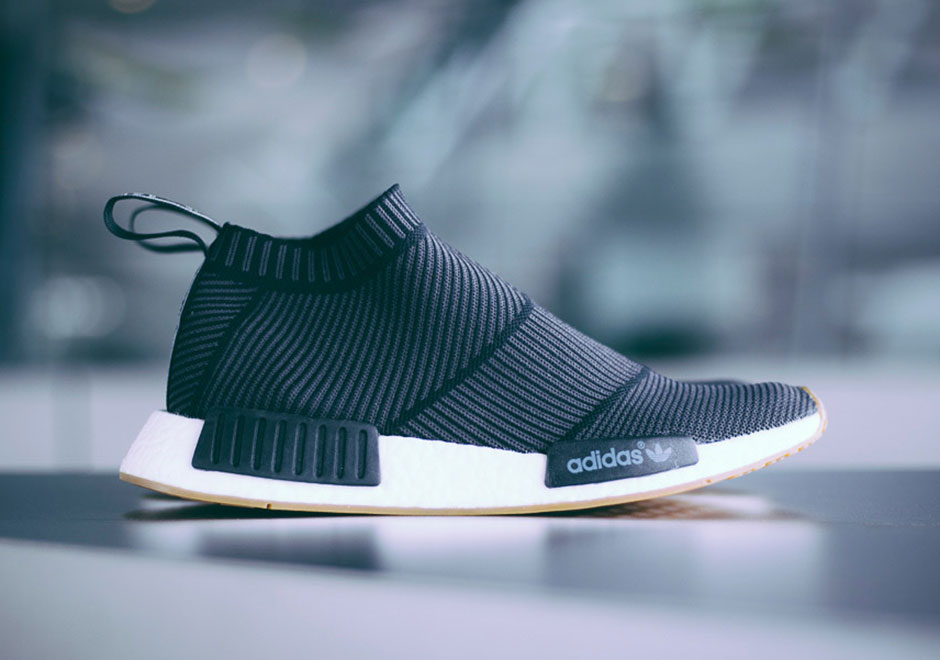 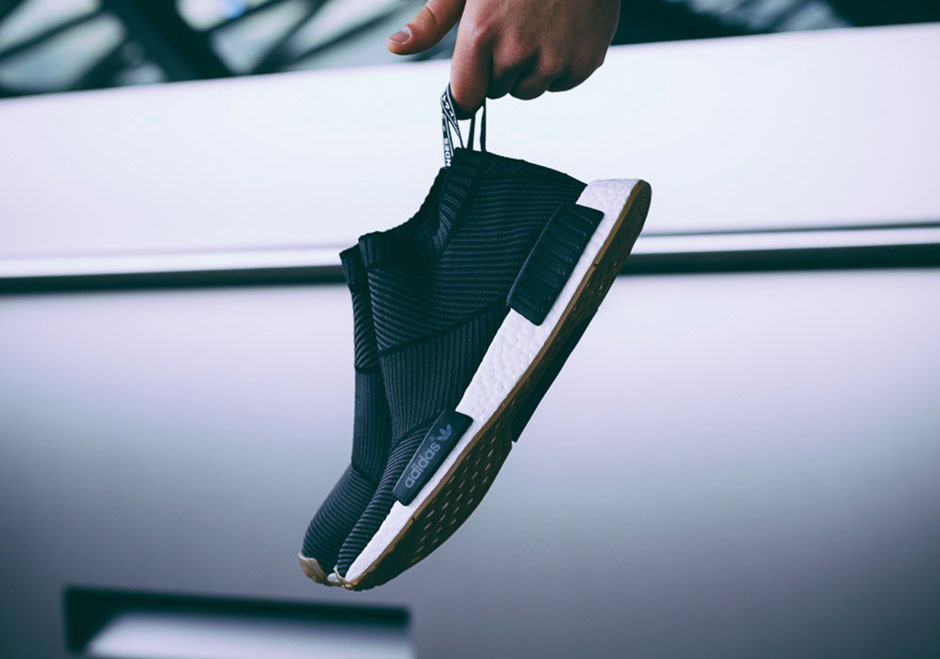