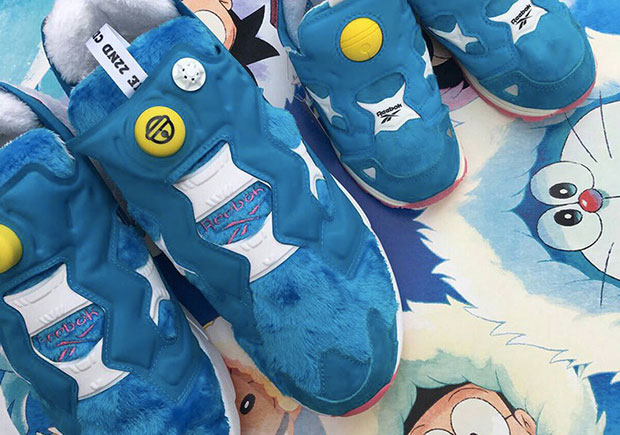 Familiar with Doraemon? For the uninitiated, the cute robotic cat with no ears is a Japanese manga series that’s since translated over to a successful anime and media franchise and has quite the following now only in Japan, but the world over. The time-traveling fury robot first burst onto the scene in 1969 and has maintained relevance over forty-five volumes of manga. The anime ambassador will also be immortalized in an upcoming collaborative effort between Packer Shoes and atmos featuring the ever-versatile and head-turning Reebok Instapump Fury with a blue furry textile to match Doraemon’s coat. This isn’t the first time that we’ve seen a furry Instamp Fury either, as references to the Grinch, pandas, and more have upgraded the technical runner in to a playful offering time and time again. Check out a first preview below and stay tuned for release info in the near future.