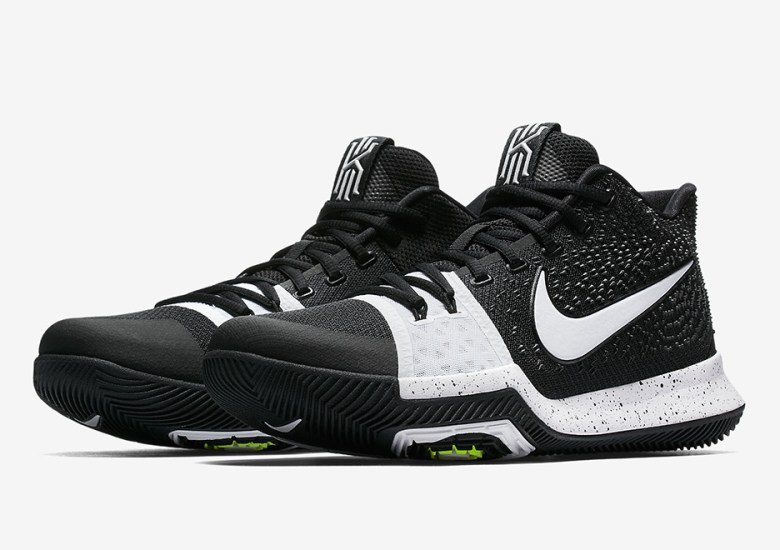 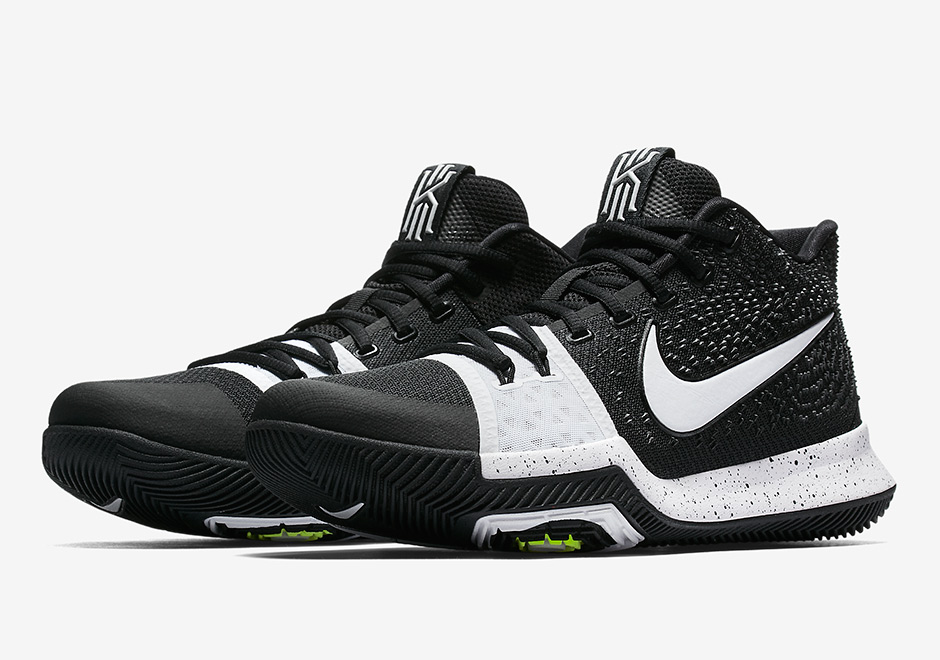 Remember the “Cookies and Cream” Nike Kyrie 3 we just previewed earlier this week? It turns out there’s a flipped version of the white and black colorway, as well. Being dubbed the “Tuxedo” colorway, the boldly-blocked black and white color scheme is an exact flip of the “Cookies and Cream” version, with a predominantly black upper, white accents, and a reversed white midsole with black speckles. Further tying the two colorways together, they both include Volt accents on the unique traction pattern of the outsole. Which will you be copping? Get a full preview of the “Tuxedo” colorway below, compare them to the “Cookies and Cream” look here, and expect both to hit select Nike Basketball retailers and Nike.com on July 21st. 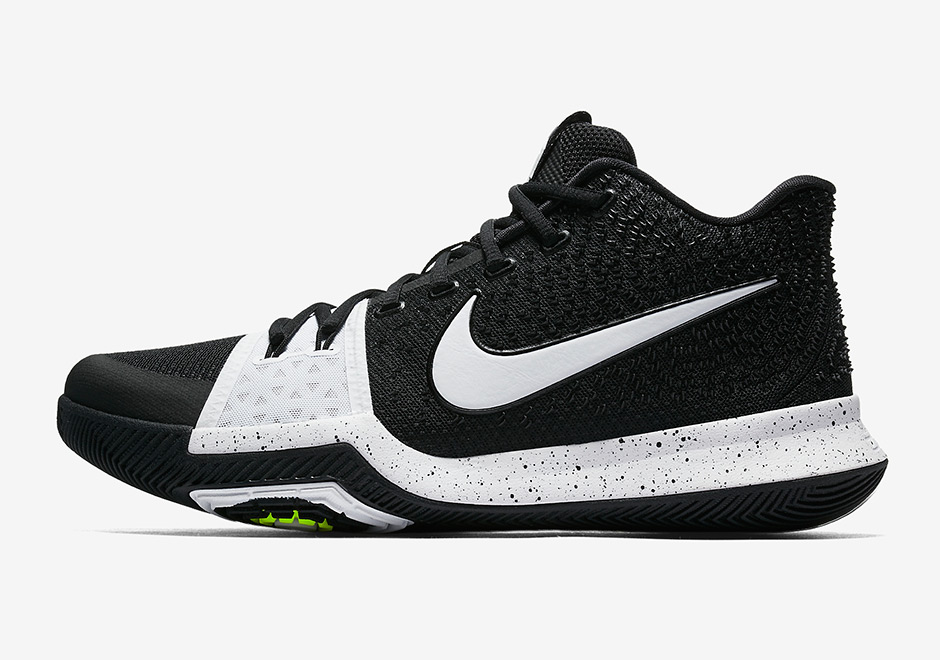 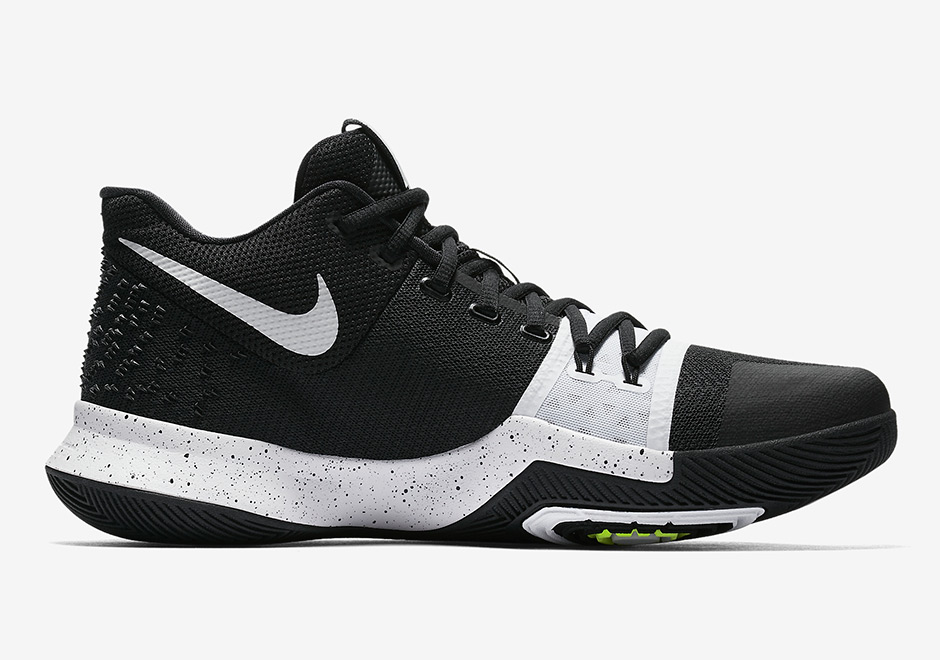 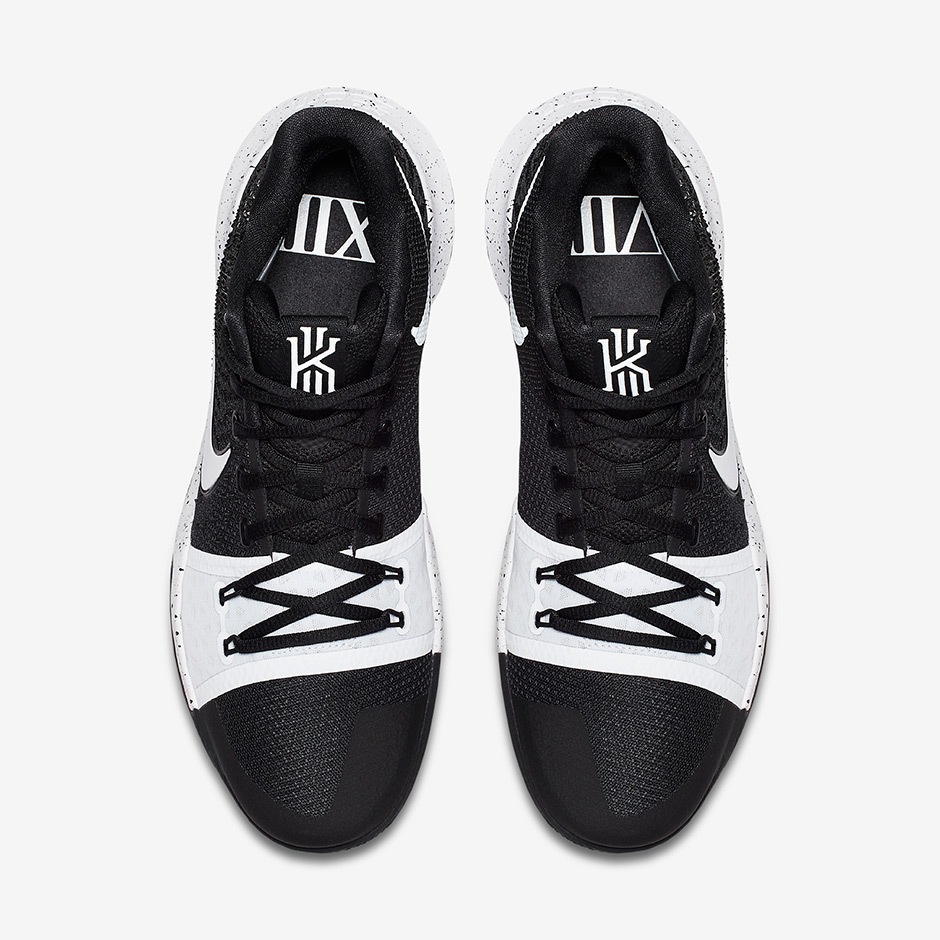 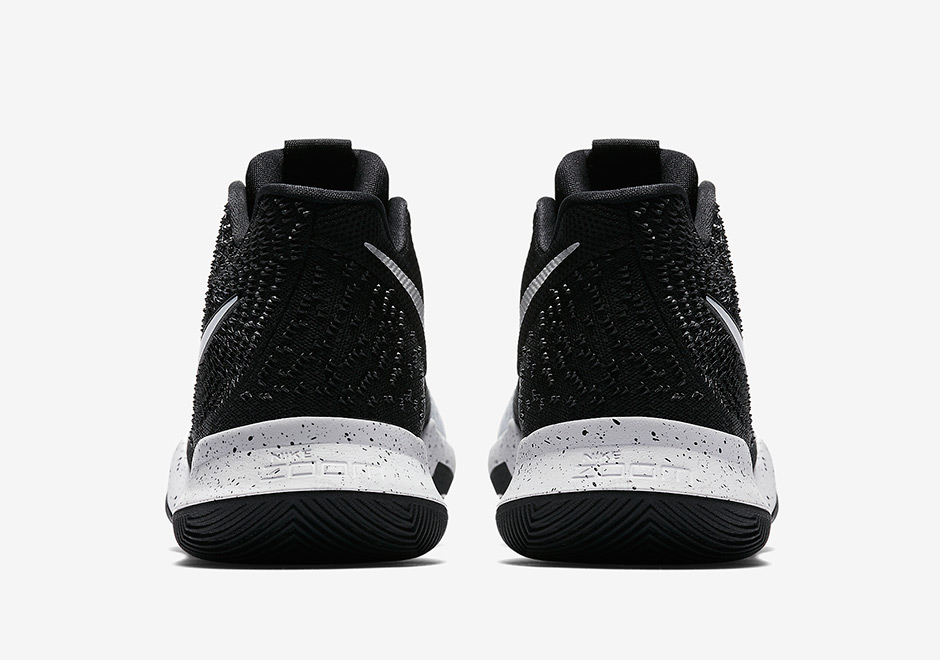 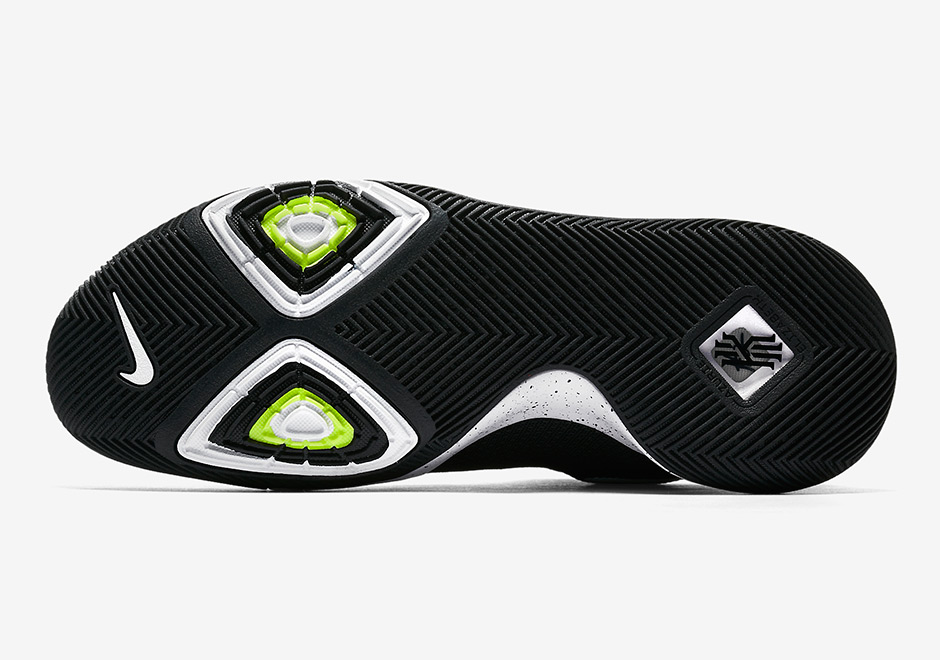