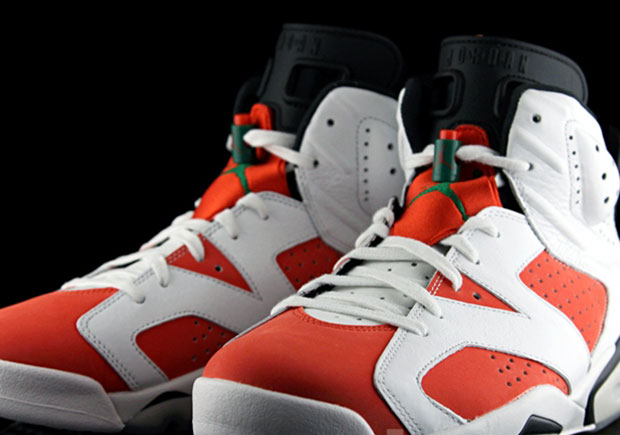 The advertising teams behind Michael Jordan’s endorsed products helped make the man a global icon. Sure, what His Airness did on the basketball court didn’t hurt either, but you can trace his global appeal and charisma all the way back to 1991’s ‘Be Like Mike’ Gatorade commercial and his early spots with Spike Lee for Nike. Now his Gatorade spot will be immortalized with an upcoming Jordan 6 colorway this October 2017 featuring the signature orange and green shades of the classic Gatorade label.

The Jordan 6 Gatorade initially appeared in a green suede sample at Nike World Headquarters. While it has since been confirmed that this pair will not release, a more ‘Carmine’ like options is headed to retailers featuring a Summit White leather base, contrasting Team Orange accents, and just a touch of green on the Gatorade bottle-inspired lace lock. Check out more detailed shots below and stay tuned for more Jordan Release Dates right here on Sneaker News.