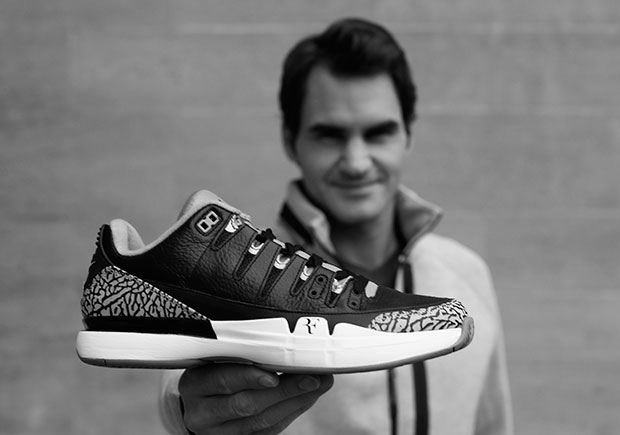 Nike Is Bringing Back The Zoom Vapor Tour AJ3

Roger Federer cemented himself as one of the greatest tennis players to ever do it quite some time ago, but he only recently was introduced to the sneaker world through an awesome Nike x Jordan Brand teaming up with the Nike Zoom Vapor Tour AJ3 back in 2014. Both White/Cement and Black/Cement options were made available in limited quantities and now it looks like more Jordan-inspired Vapor Tours are on the way with a rumored Nike Zoom Vapor Tour Jordan 3 Fire Red releasing in Europe on August 21st according to J23App. This pair was originally rumored to drop last June but never came to fruition, so here’s to hoping we see the model this time around. There were also whispers about an atmos x Jordan 3 inspired colorway so perhaps that pair could pop up later this year. Stay tuned for more info.